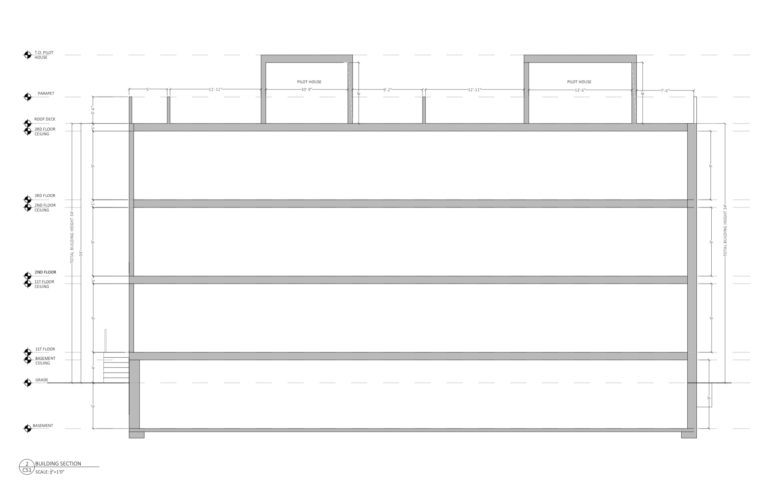 Permits have been issued for the construction of a three-unit multi-family structure at 1817 North 18th Street in Cecil B. Moore, Lower North Philadelphia. Upon completion, the building will span 4,850 square feet and feature a basement and two roof decks. There will be three residential units within the structure, all apartments.

Unfortunately, diagrams available for the project do not show much in the way of its final design, only highlighting loosely on its general shape as well as its lot coverage and footprint. Neither of these diagrams look much different from other new developments throughout the city, with the structure overnight a typical row house-sized lot, and having a three-story height that is comparable to other buildings on the block. In other recent developments in the area, some projects have taken on entirely brick designs, while others have talent he approach of including both metal paneling and brick. It is very likely that this project will follow along one of these paths.

The building will be replacing a vacant lot, one of few remaining on the block. To the south, other newer construction projects stand completed, and share massing street similar to the development at hand. As for the site, its mowed patch of grass is seen to be used as neighborhood parking per street view imagery, with no other remarkable features.

Infill on this vacant lot is already a major improvement for this block and neighborhood, and the added bonus of increased density is just icing on the cake. Adding three residential units on this rather small plot of land will prove beneficial to surrounding businesses and housing supply, offering a much improved land use when compared to the former makeshift driveway.

Be the first to comment on "Permits Issued for 1817 North 18th Street in Cecil B. Moore, Lower North Philadelphia"