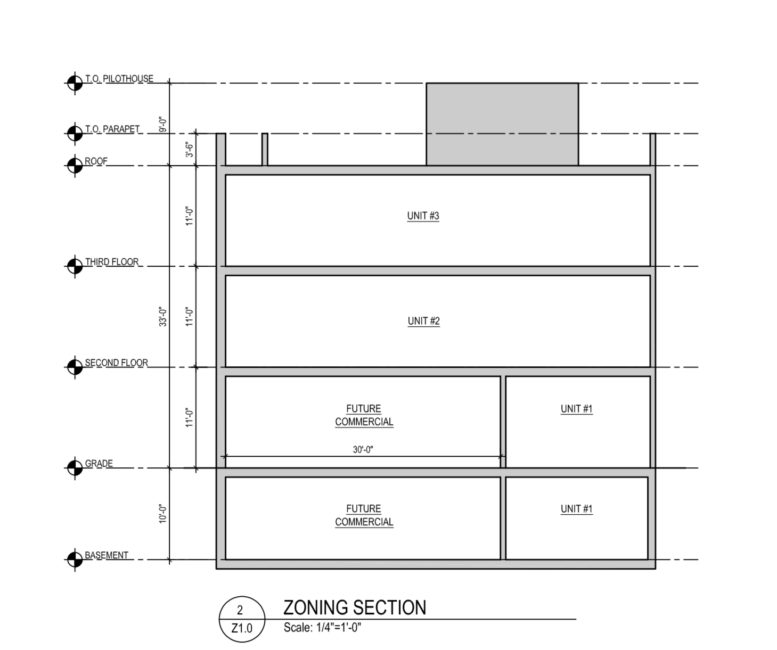 Permits have been issued for the construction of a three-unit mixed-use building located at 631 North Preston Street in West Powelton, West Philadelphia. Upon completion, the building will stand three stories tall, with a commercial space on the ground floor and basement levels and a roof deck. 24Seven Design Group is the firm behind the project, which is expected to cost $320,000 to build according to the permit. 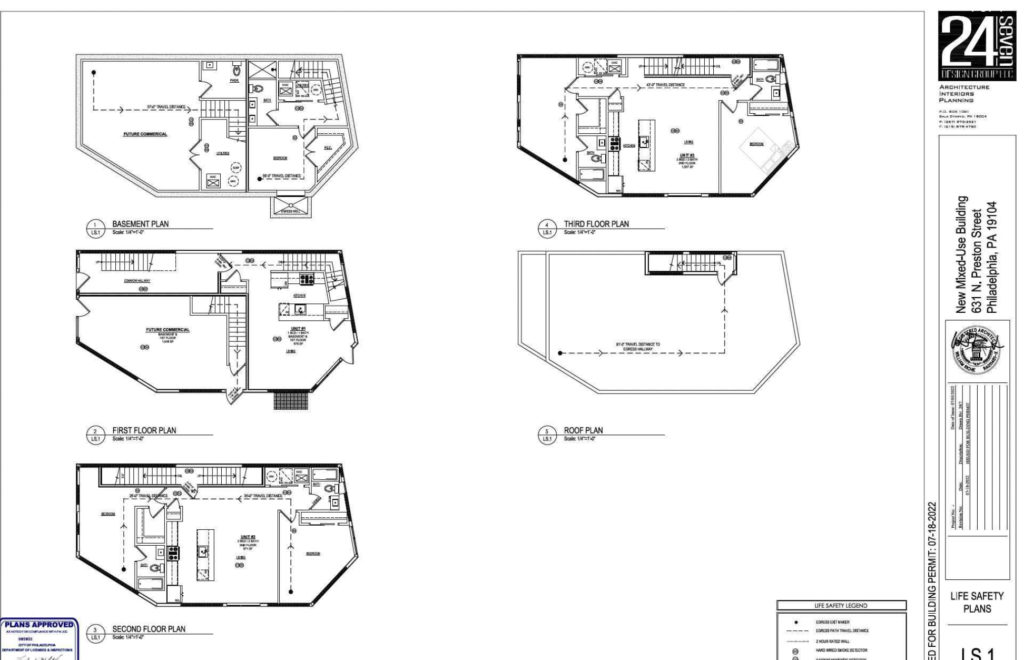 Unfortunately, there are not any elevations or renderings for the project that provide clear looks at its final design, although some plans and diagrams offer a little bit of information as to the structure’s layout. At the ground floor and basement, the commercial space and one of the residential units spit the floors in roughly half, while the other two residential units each enjoy floors to themselves up above. The building’s unique footprint means that there will be multiple oddly angled walls and windows. 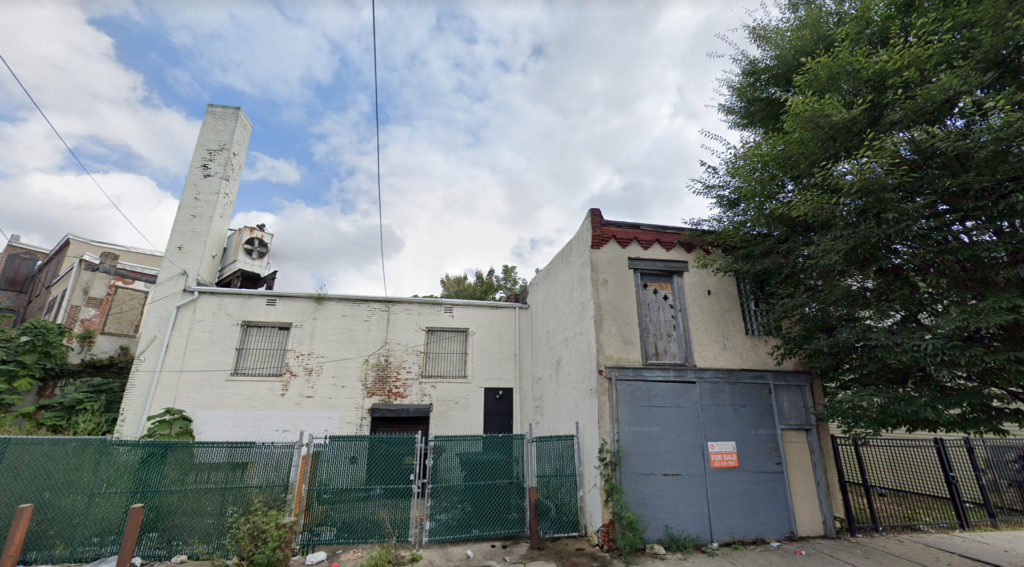 The new mixed-use building is replacing an unused structure that seems to have had various uses over the years. The face of a classic Philadelphian rowhome is visible amongst the weird building, with a cornice atop the second floor and some windows still visible. Over time, though, it seems that owners of the site pivoted to a more industrial use, with the addition of a white stucco portion of the building at its rear. As of late, however, the structure has been abandoned, and its run down state is begging for a redevelopment of some kind. 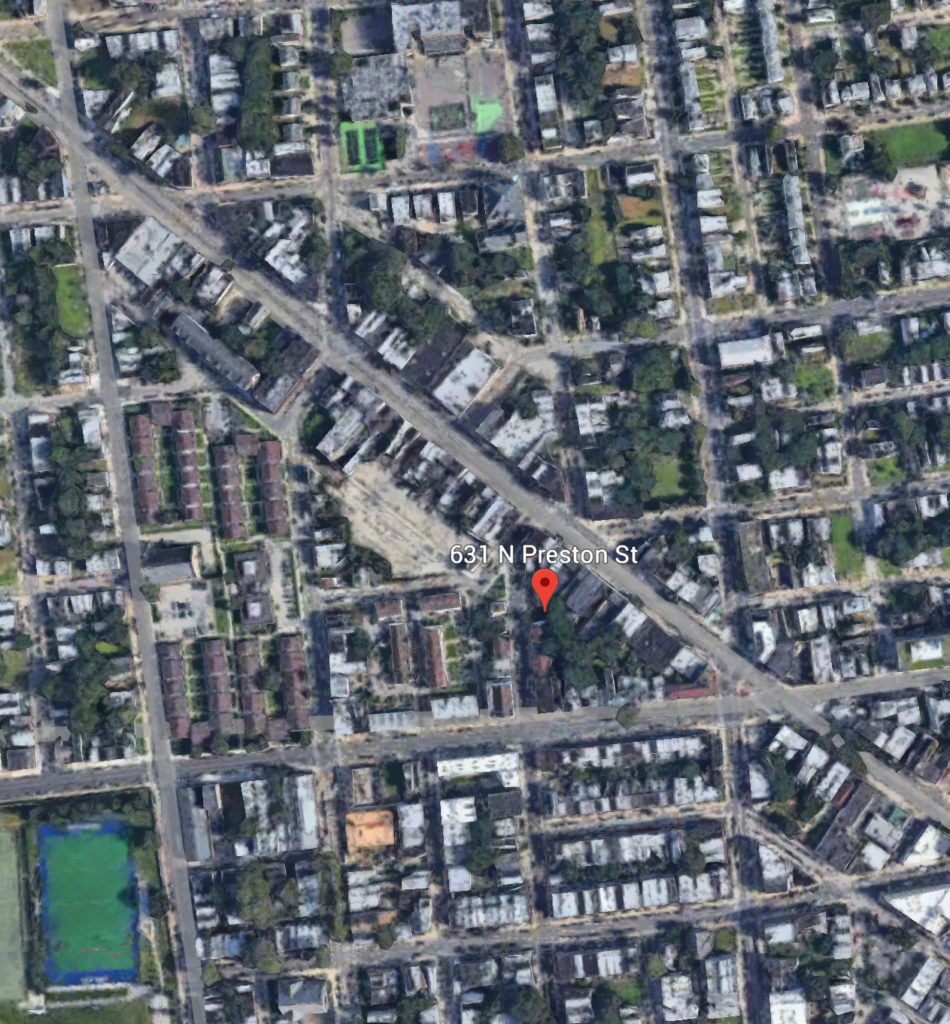 The site’s prime location means development here makes all the more sense, sitting just off of Lancaster Avenue. Here, the Route 10 Trolley provides solid transit access into University City and Center City, while a rising commercial scene has emerged along the corridor in recent years. The corridor is situated to become one of the strongest arteries in West Philadelphia, and the added density and commercial space in this location will help accelerate this process. 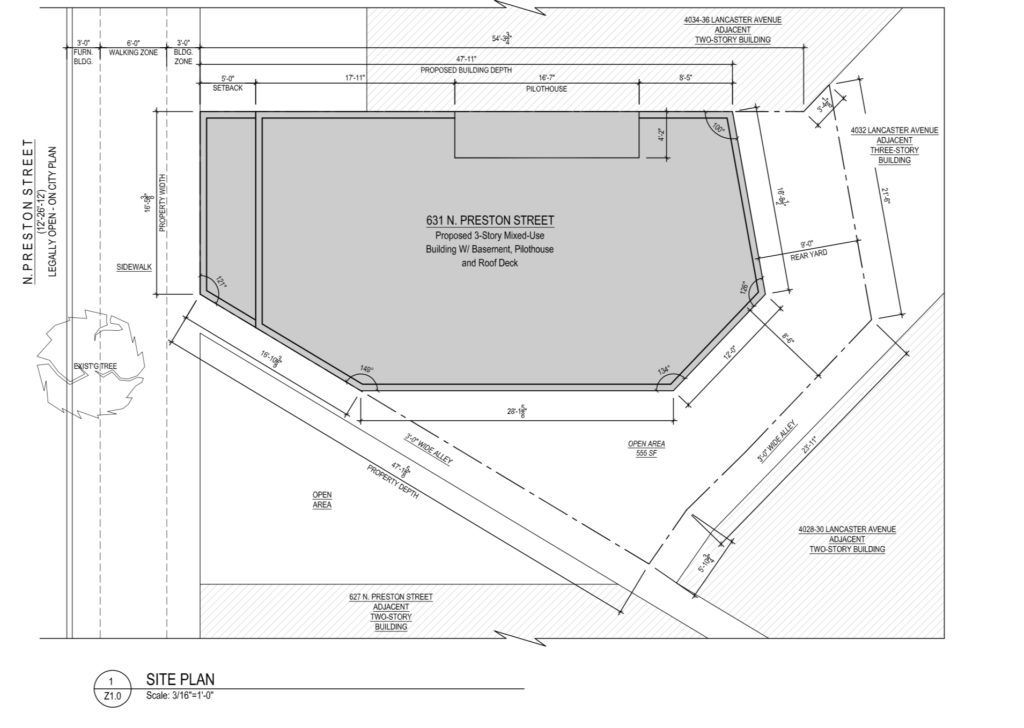 Be the first to comment on "Permits Issued For 631 North Preston Street In West Powelton, West Philadelphia"