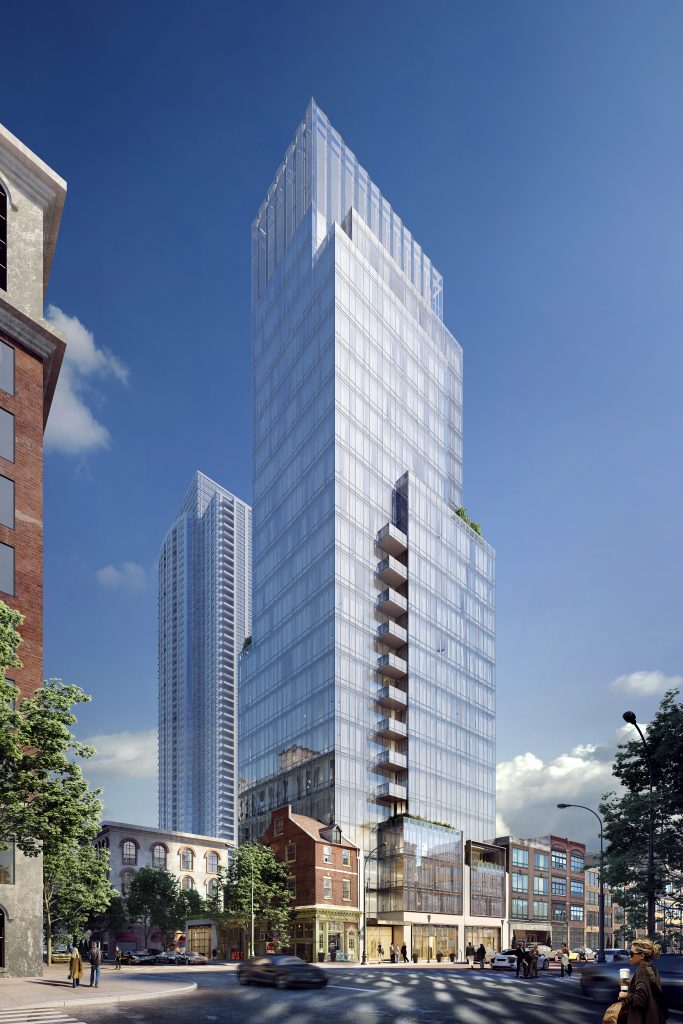 The 26th entry on Philly YIMBY’s December Development Countdown is the 315-foot-tall, 24-story tower proposed at 702 Sansom Street on Jewelers’ Row in Washington Square, Center City. Developed by Toll Brothers and designed by SLCE Architects, the building is located at the southwest corner of Sansom Street and South 7th Street half a block to the north of Washington Square and a block west of Independence Hall. Our recent visit to the site revealed that no progress has been made at the site after the demolition and excavation.

Several new developments are in various stages of progress along Sansom Street, including the 599-foot Laurel Rittenhouse, the tallest under-construction building in the city. Another major high-rise proposed on the street is the 308-foot-tall, 24-story residential tower at 702 Sansom Street, developed by Toll Brothers. The 85-unit project will replace six low-rise buildings on Jewellers Row, a notable locale in the Washington Square district. SLCE Architects produced a sharp, eye-catching design that will boost the skyline prominence of eastern Center City.