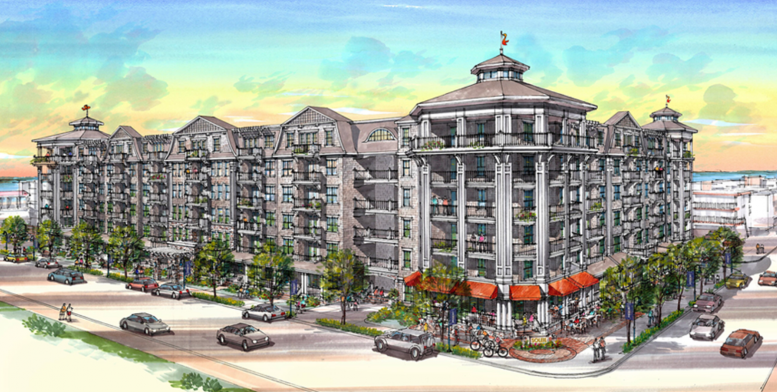 The Ocean City, NJ municipal government has approved The Soleil, a six-story, 111-unit condo-hotel resort development at 1101 Ocean Avenue that will be the city’s largest project in the works for many years. The city is situated in the far reaches of the Philadelphia metropolitan area on the Jersey shore, and is a popular tourist destination. A swimming pool, as well as a cafe/deli will also be incorporated with the building. A structured parking garage will be available for The Soleil, as well as the neighboring Flanders Hotel, one of the city’s tallest buildings.

A rendering is available for the development, depicting an attractive exterior that will have a beach theme. Many trees will be planted at street level, creating a pleasant sidewalk experience along a segment that sees a very high amount of daily pedestrians. Each unit will include a balcony, which adds dimension to the structure through the jutted-out columns that the small outdoor spaces will rise on. Other details include arched crowns and corners with rounded towers, slightly resembling the design of a lighthouse.

The building will also rise above the Ocean City height limit, which has kept all new developments to max out around three stories each for decades. The new building, aside from new amusement park rides and rollercoasters, will be the first new project to break this barrier in many years, partially the reasoning behind the community opposition that the building faced for around a decade until the finalized design was released. 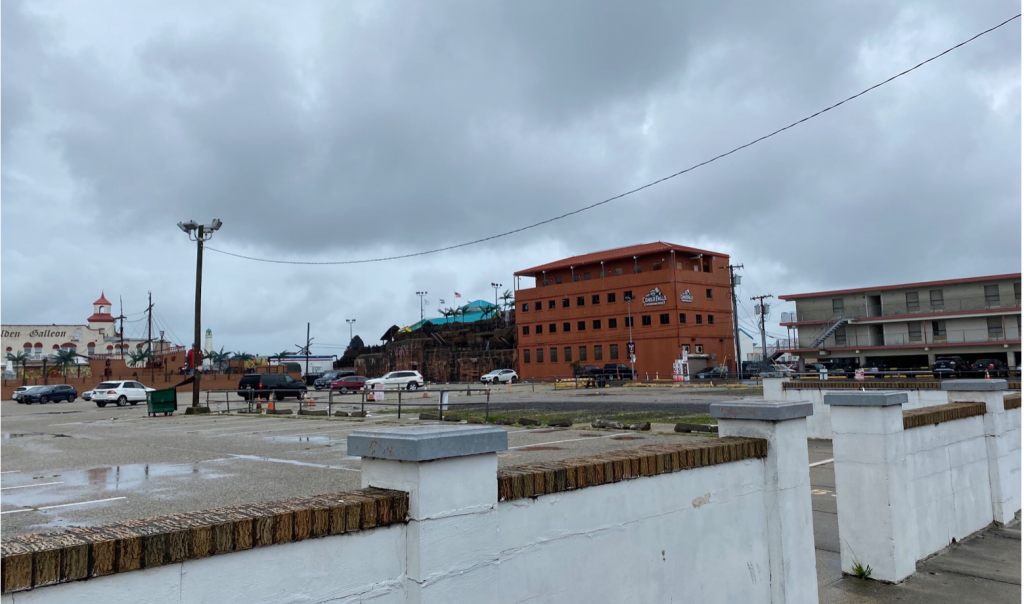 Current view of the future site of The Soleil. Credit: Colin LeStourgeon.

The building will replace a parking lot. The huge swath of land sits just off of the Boardwalk and the beach, and is one of the largest undeveloped properties present in the city. This project will certainly change that, and will provide variety in a development marker where most builders opt to construct single-family homes.

Surface Lot To Be Developed to Condo-Hotel Resort in Ocean City, New Jersey