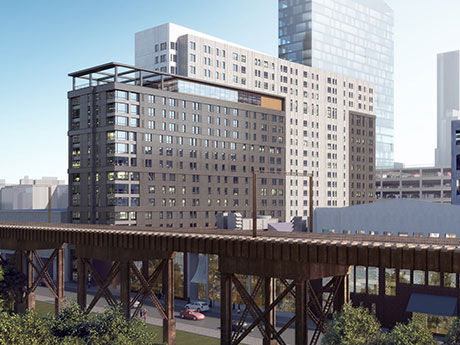 Construction work is beginning to make headway at The Standard At Philadelphia, a high-rise development underway at 119 South 31st Street in University City, West Philadelphia. Designed by Cube3, the new tower will stand 19 stories and approximately 210 feet all. The structure will hold 280 residential units, targeted towards student housing, as well as 37 parking spaces to serve these residential units. Permits list the cost of construction at $50 million. 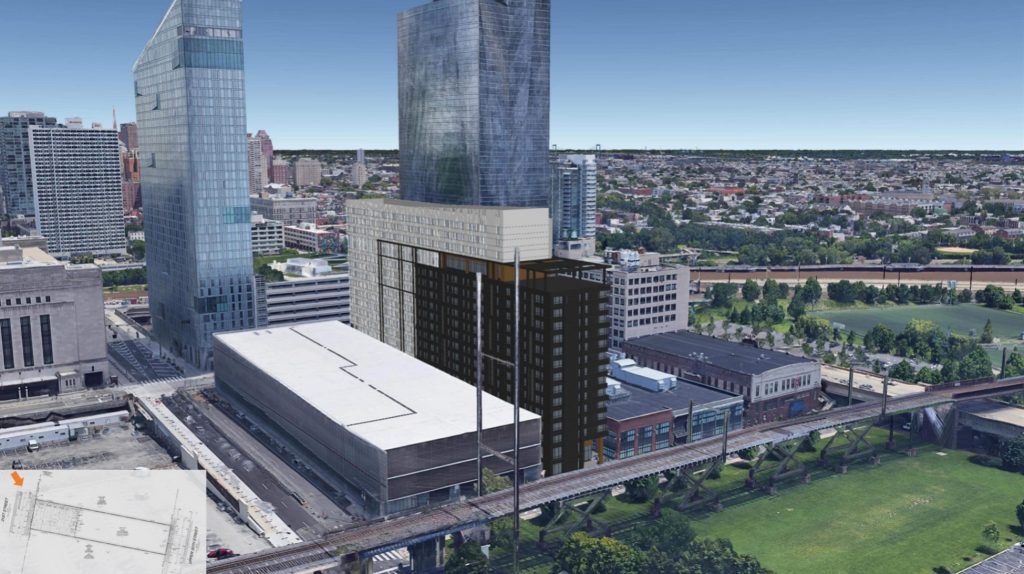 Rendering of The Standard At Philadelphia. Credit: Cube3.

The new tower will feature a modern exterior, with two major defining portions. The western portion of the tower will be clad in black, while the eastern portion will utilize white cladding, created a defined contrast that will be interesting to see when completed. Wood-styled accents will also be included on the tower’s facade, adding more color variation to the design. 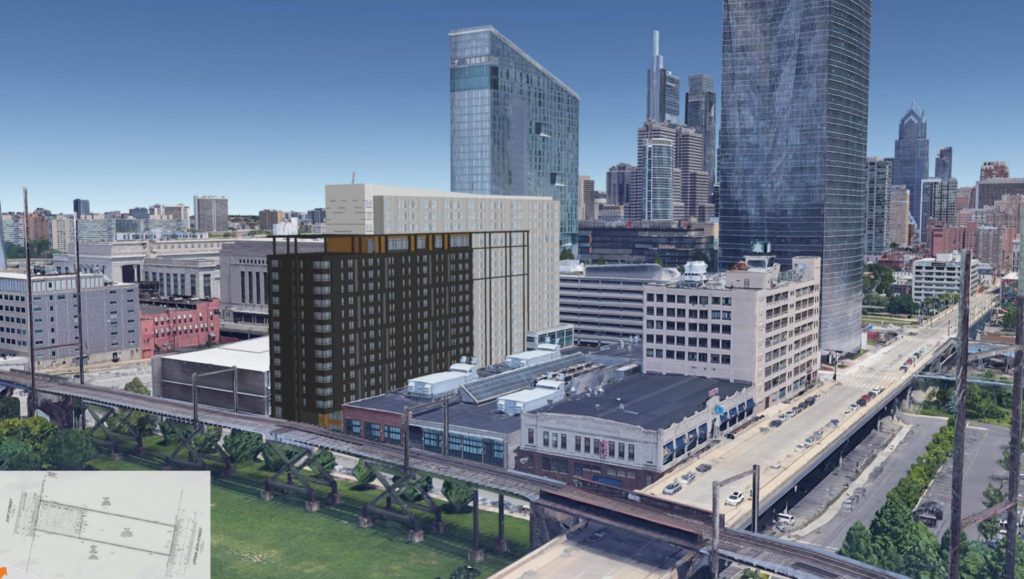 The Standard At Philadelphia. Credit: Cube3

The tower will rise from a deep and narrow lot, on one of the more unusual lots in University City. Despite the property being bordered on two sides by other buildings, the building will actually have three street frontages, due to the uncommon multi-layer layout at 30th Street. The building will make a fairly significant impact on the surrounding blocks, and although it will not be a skyline changer, it will be quite visible in this section of University City. 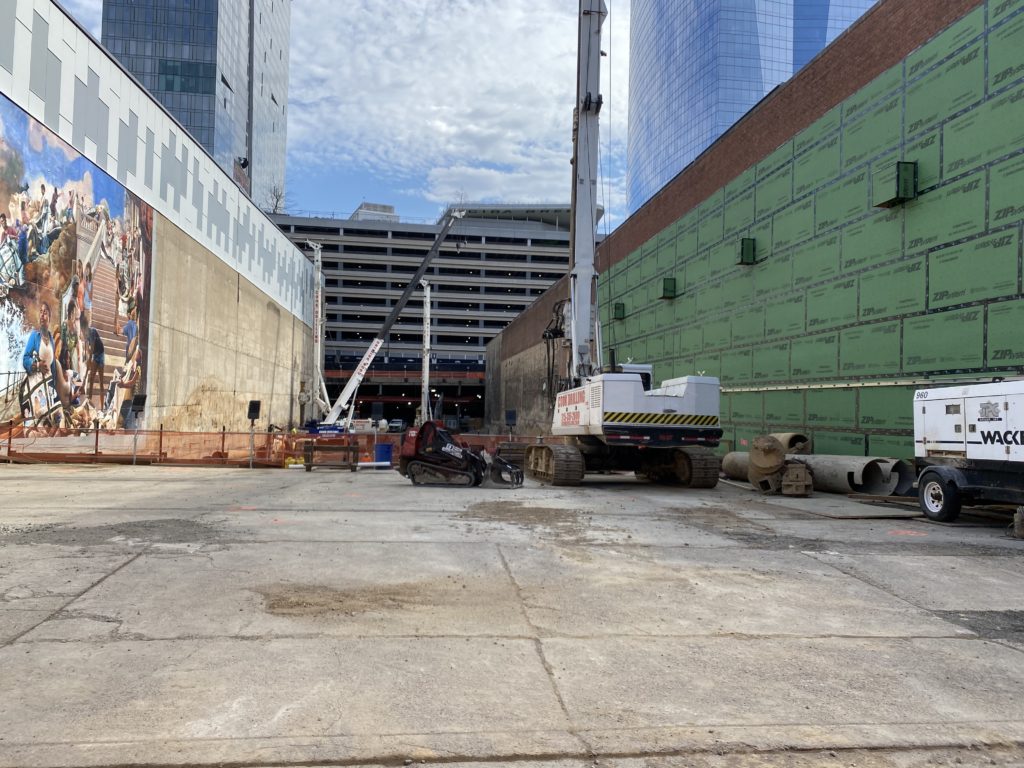 Construction seems to moving full steam ahead on the project, which received permits last October. Drilling and excavation equipment has been observed on the lot at the time of our recent visit, preparing the site for foundation work that will allow the superstructure to go vertical. Most of the progress is happening on the eastern portion of the property, but work will likely make its way over to the western side soon. 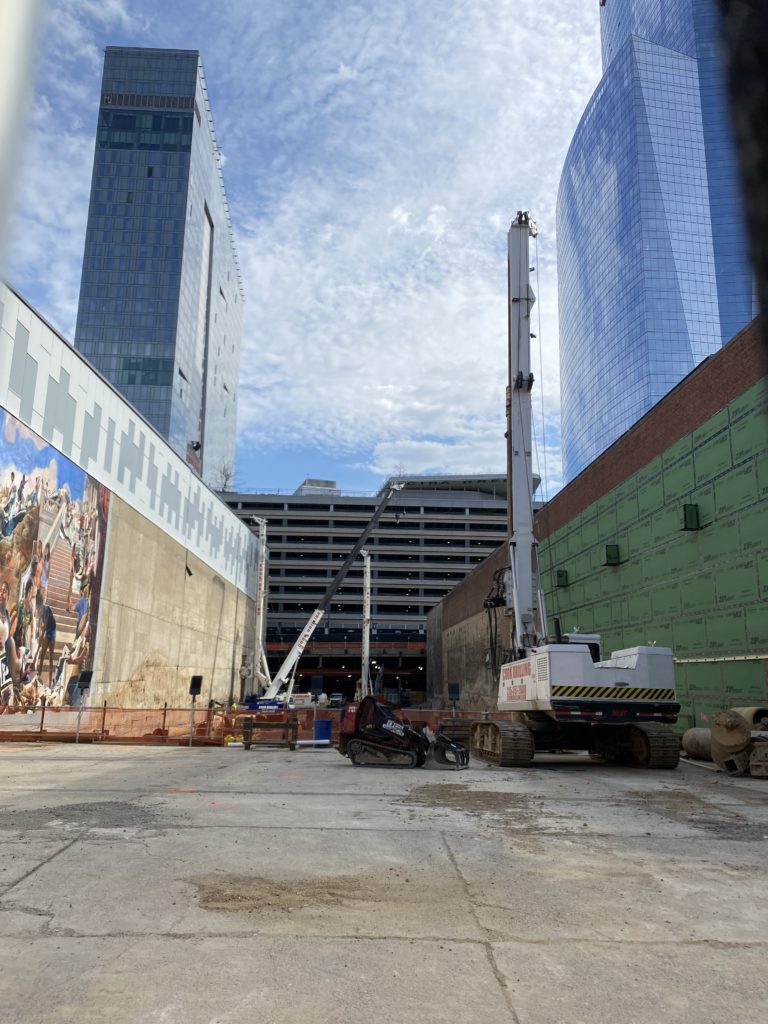 The new building will certainly make an impact on this portion of University City, adding hundreds of residents to a property that formerly housed none. This should certainly prove beneficial towards boosting the customer base for local businesses, as well as helping add more round-the-clock life to the surrounding blocks. Although the building will not be seen from many locations from the east, as it is blocked by neighboring EVO and FMC Towers, the project will be very visible from the west, as well as making a direct impact of Cira Green, the skyline view-offering park that sits atop a parking garage across the street.

YIMBY will continue to track progress on the building moving forward.

3 Comments on "Construction Progresses at The Standard at Philadelphia in University City, West Philadelphia"