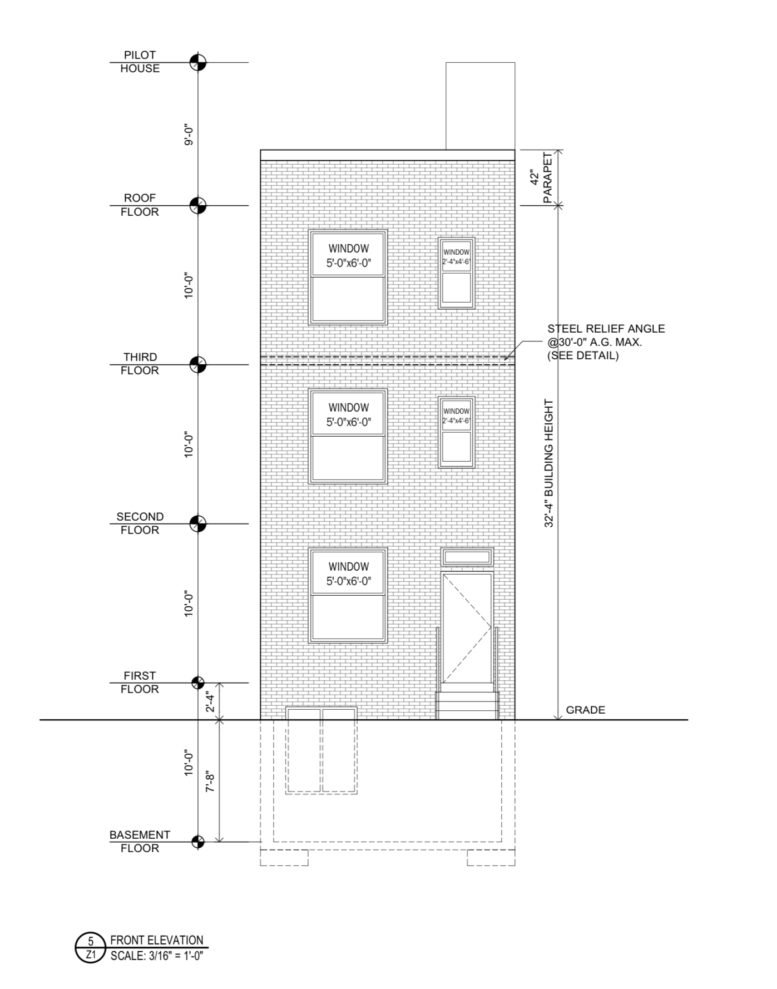 Permits have been issued for the construction of a three-story, four-unit multi-family building at 709 North 42nd Street in Haverford North, West Philadelphia. The structure will span 2,920 square feet and include a cellar and roof deck. The permit lists construction costs at $250,000.

Diagrams included in zoning permits provide a decent depiction of what to expect with the coming building. Brick will cover the entirety of the front facade, which is not uncommon in recent development. The structure will span nearly the entire footprint of the property, save for a small rear yard that may potentially act as a residential amenity space.

The new building will replace a currently vacant lot. A chain link fence separates the site from the street and sidewalk, with overgrown greenery spilling out into the sidewalk. To the rear, taller bushes and a tree grow. The surrounding block faces some struggles, with certain homes in various conditions, though the new building has the potential to be a breath of fresh air for the block.

The new structure represents a continual balloon effect radiating out from University City, where numerous new residential units are planned and being constructed. One of the main draws for the newfound development in many West Philadelphian neighborhoods is in large part due to the growing success and popularity in nearby University City, which is seeing a major construction boom of its own and the arrival of thousands of new jobs.

No completion date is available for the project at this time, though construction may be finished by 2022.

Be the first to comment on "Permits Issued for 709 North 42nd Street in Haverford North, West Philadelphia"