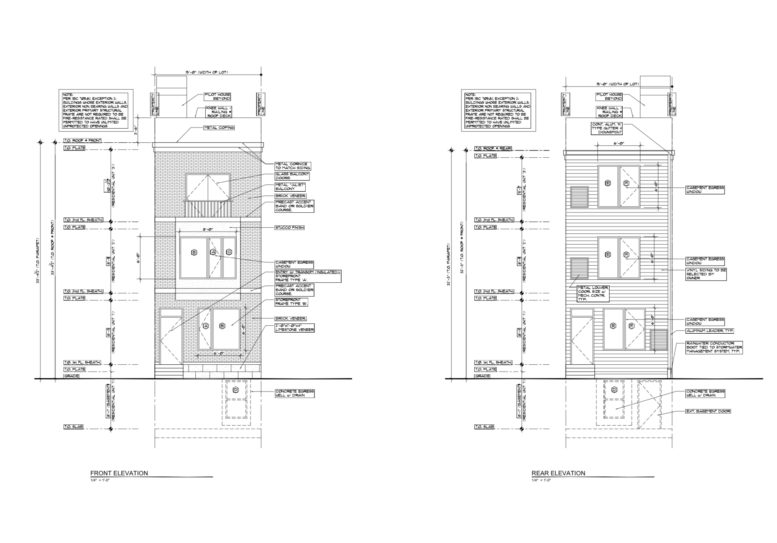 Permits have been issued for the construction of a multi-family building located at 1219 West Butler Street in Hunting Park, North Philadelphia. Upon completion, the new building will rise three stories tall, with three apartments and a roof deck at the top. The building will yield a total of 3,480 square feet of space. Construction costs are listed at $450,000. 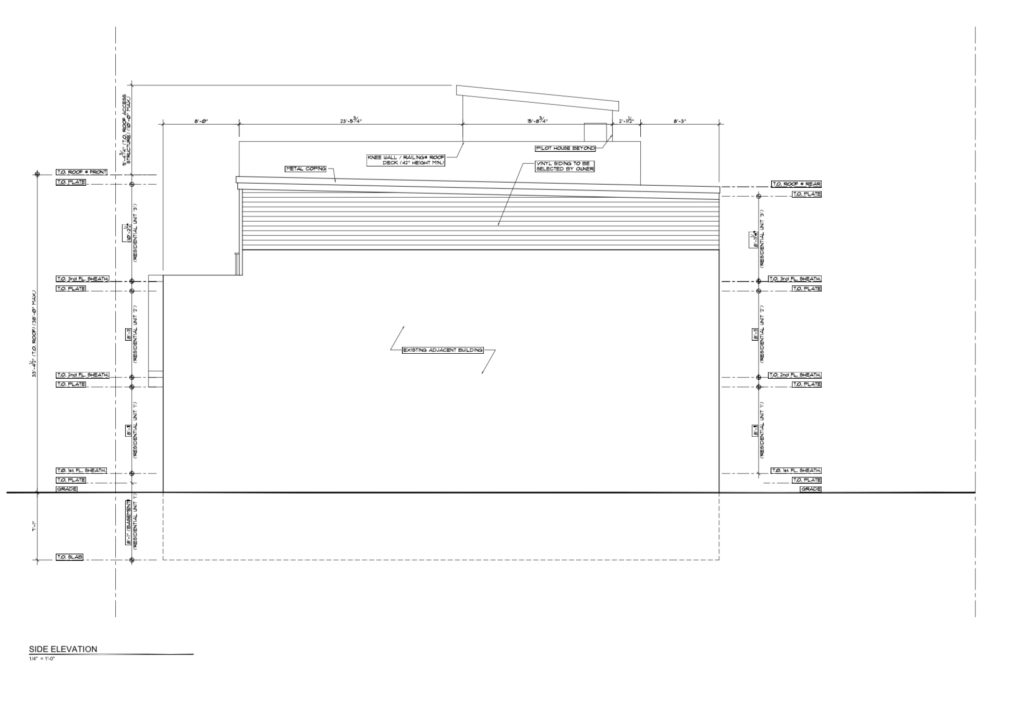 The new structure will feature a simple exterior, with brickwork rising the full height along West Butler Street. To help match its surroundings, the second floor will see the inclusion of a bay window, while cast stone materials will be situated between each floor and at sidewalk level to help add cohesion to the entirety of the facade. The building’s rear will see the usage of vinyl siding, allowing for cheaper construction costs that will not negatively impacting the structure’s visible outward appearance. 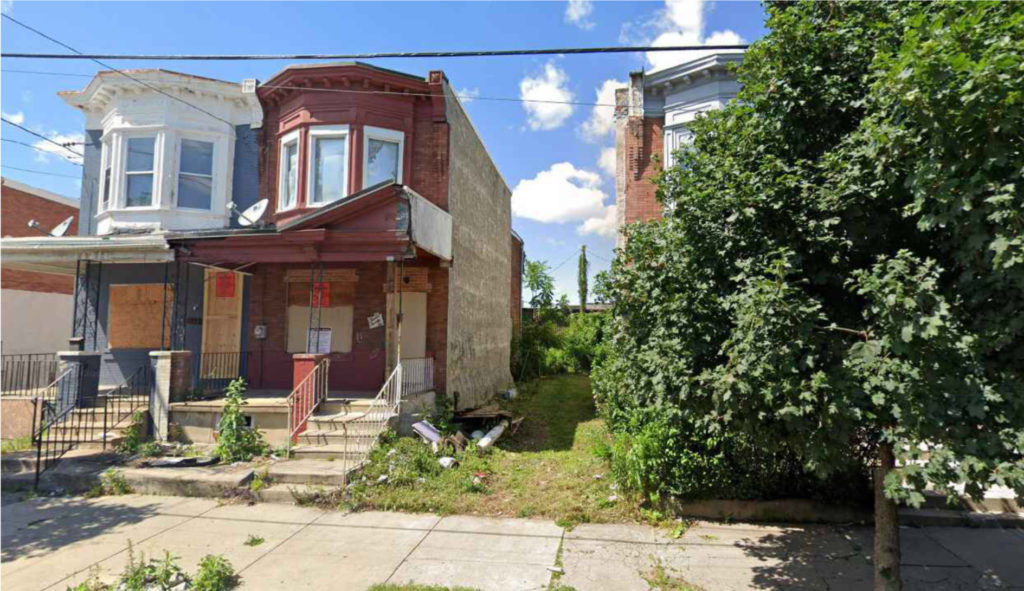 The new structure will be replacing a vacant lot. Like most vacant lots throughout the city this parcel is simply a patch of grass between other structures, occasionally mowed and overall holding no real notable or redeeming qualities. The other structures on the block feature typical Philadelphian row house exterior, with porches on the first floor and large bay windows on the second. While the structure will be taller than these, the bay window on the second floor should be largely sufficient in help it blend in with its pre-existing surroundings. 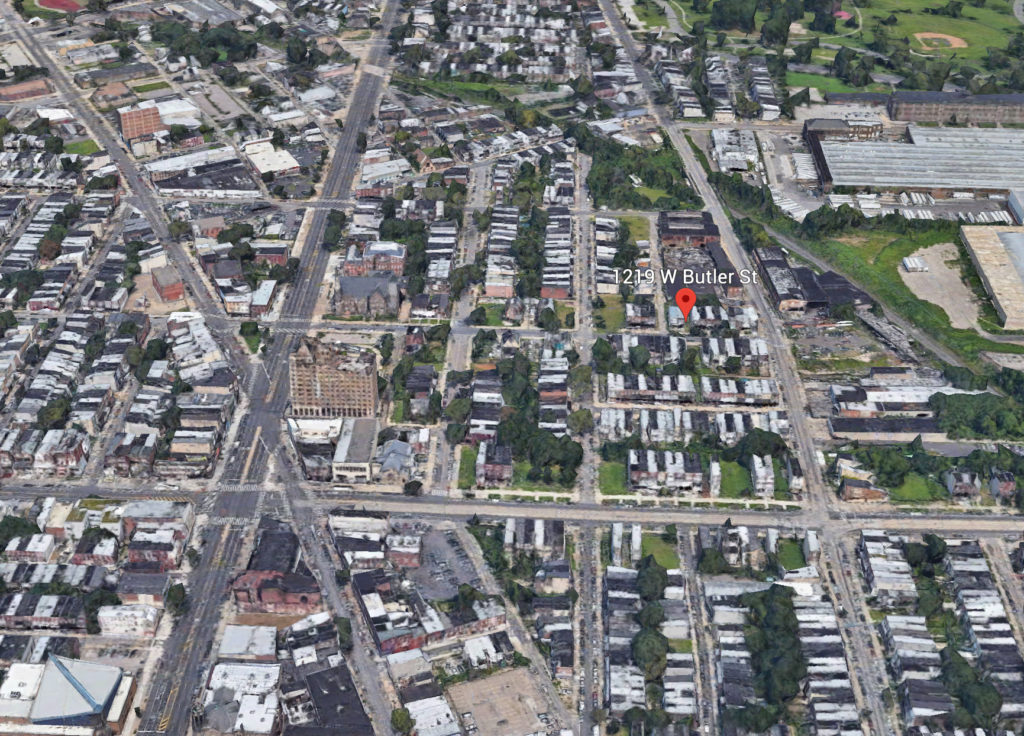 Overall, the addition of three residential units on a presently vacant land parcel is a solid transformation, and one that is seeming to become more frequent in the surrounding neighborhood. It seems as though the presence of the Broad Street Line to the west is allowing blocks surrounding Broad for much of its length to densify and fill in existing gaps and underused land with high-density multi-family development. 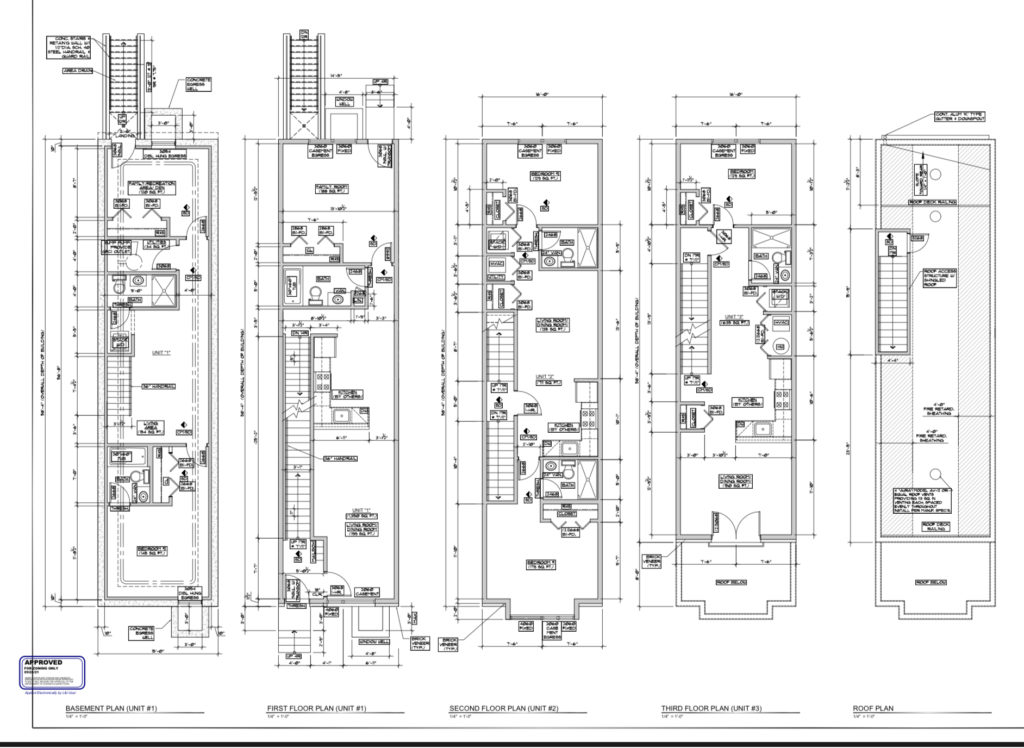 Be the first to comment on "Permits Issued For For 1219 West Butler Street In Hunting Park, North Philadelphia"