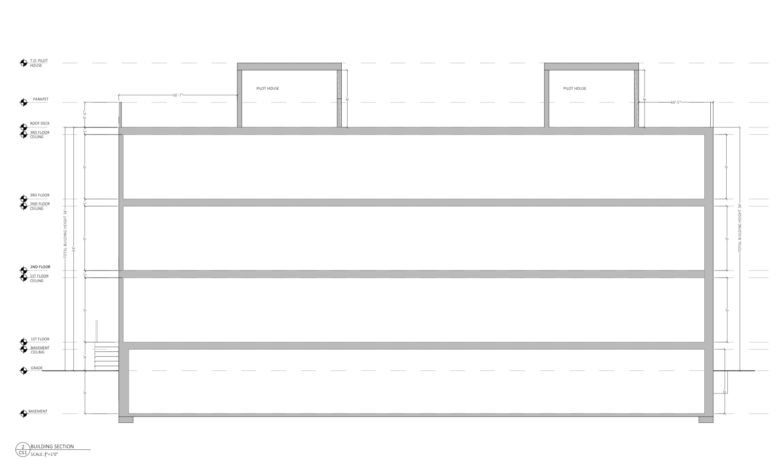 Permits have been issued for the construction of a three-unit multi-family building at 1825 North 17th Street in Cecil B Moore, North Philadelphia. Once completed, the new building will rise three stories tall plus a cellar and a roof deck. In total, the structure will yield 5,564 square feet of space. Construction costs are specified at $250,000.

No concrete renderings are available for the project so as to depict what its final design will look like, although available diagrams provide a slight preview. The three story height is frailty standard in the surrounding area, with the front doorway being slightly elevated from the street, allowing for some natural light to reach the cellar. the two access structures at the top of the building are somewhat different to regular new development, but nothing entirely out of the ordinary. More like other projects, a small piece of the structure has been cut out to create an interior courtyard-like space that allows for the projecty’s density.

The new building will be replacing a vacant lot, one of the last reminding in the immediate vicinity. To the north and south, a large portion of the block has been redeveloped through the construction of two new rows, though a singular vacant land parcel has separates the rows for some time. With the coming project, this space will be filled, and there will now be an extended line of new or fairly new construction on the block. 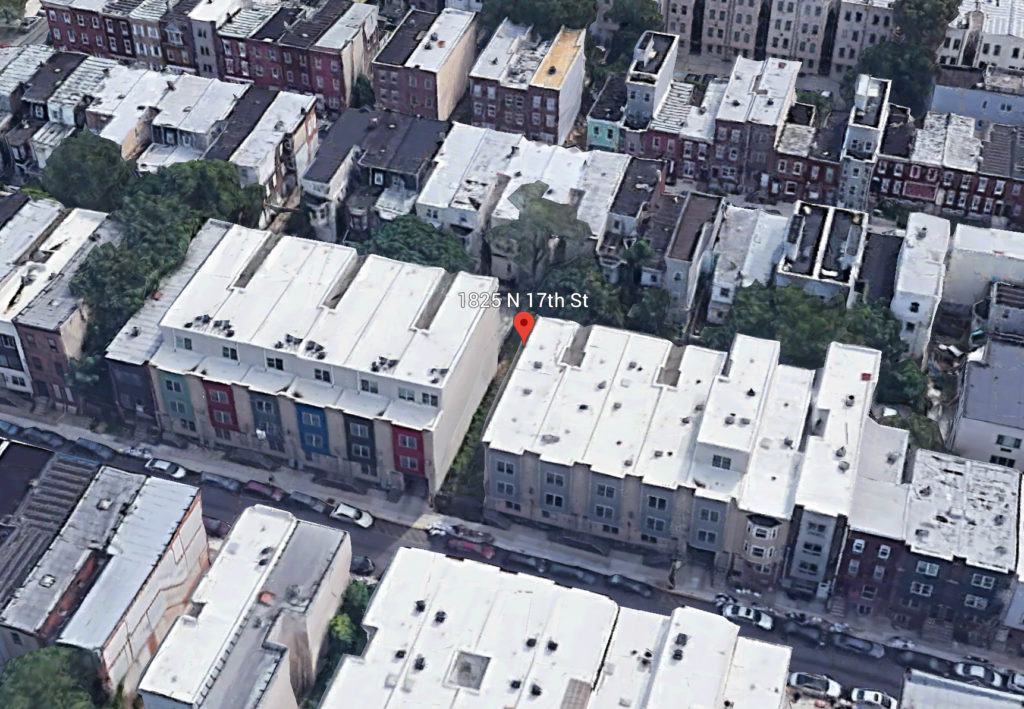 In a visual aspect, the new project will be very impactful, connecting two long separated buildings and removing a vacant lot. By the numbers, the project is less significant, although the addition of three units on this property is solid and a considerable improvement over existing conditions on site. Given the proximity to Temple University not far to the east, the new buildings will likely be targeting a university-oriented crowd.

Be the first to comment on "Permits Issued or 1825 North 17th Street In Cecil B Moore, North Philadelphia"