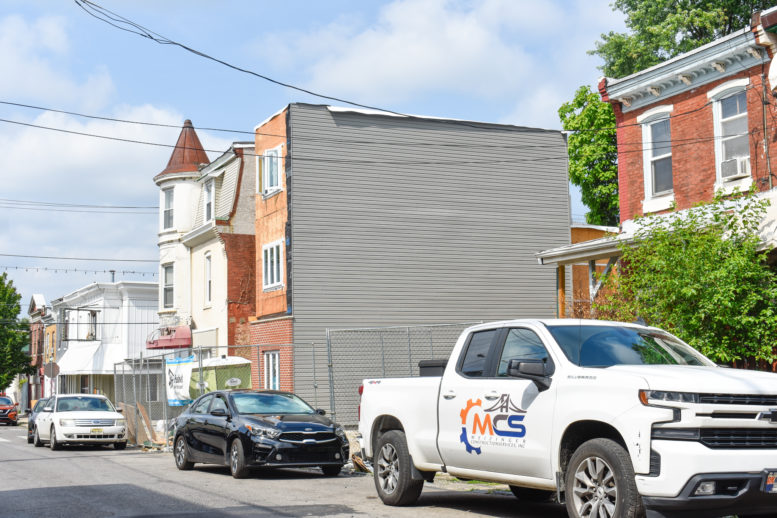 A recent site visit by Philly YIMBY has revealed that construction work nears completion at a single-family house at 351 West Queen Lane in Germantown, Northwest Philadelphia. The structure replaces a vacant lot on the northwest side of the block between Priscilla and Morris streets, and spans 1,653 square feet. Permits list Habitat for Humanity Philadelphia as the contractor. 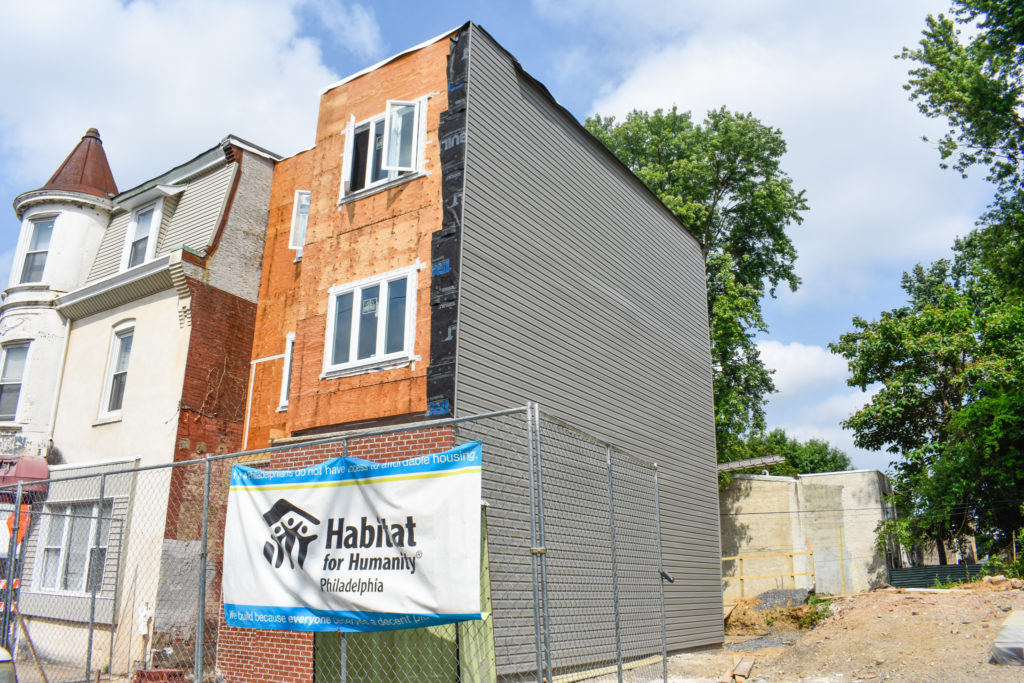 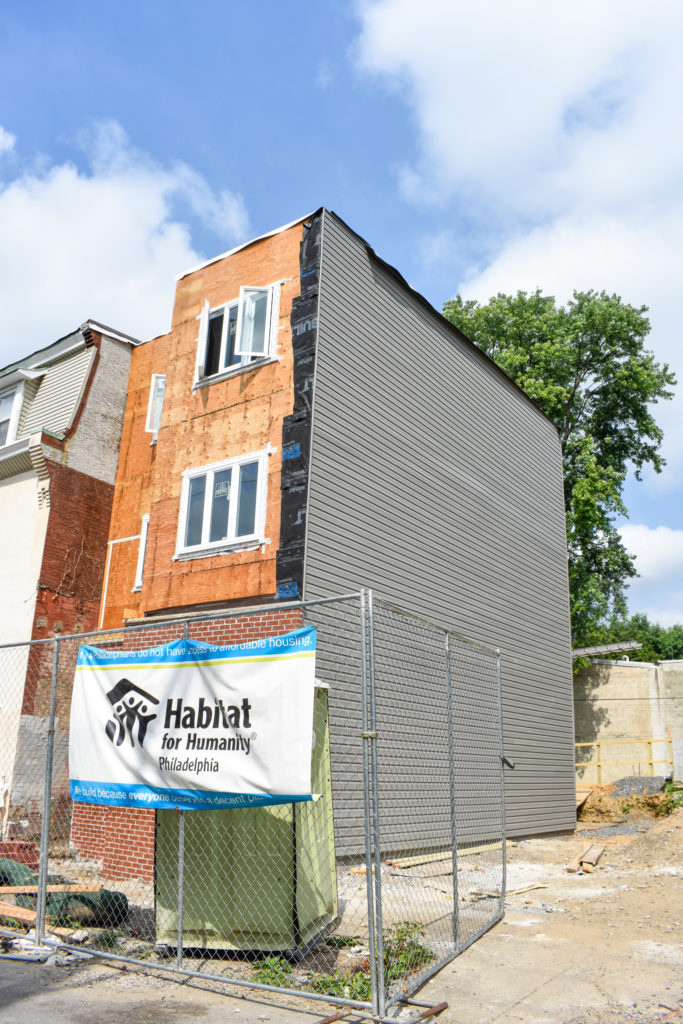 YIMBY last reported on the development in October of last year, when permits were issued. Since that time, construction work has made significant progress, with the structure largely assembled and currently awaiting facade installation.

The building appears to be the first new addition to the block since the end of World War II, although the surrounding blocks have seen a notable volume of new construction in recent years. The majority of new buildings employ historicist designs that respect the form and materiality of the neighborhood’s prewar housing stock. But despite its array of well-preserved prewar built environment, it retains an ample supply of vacant lots, most of which once held buildings that have since been torn down. New development at such sites will help revive the area to match its dense, vibrant streetscapes of the past.

Given its ample urban amenities, the district can handily accommodate an influx of new construction. The Queen Lane station of the SEPTA Regional Rail sits within an under-five-minute walk to the southwest of the proposal site. Five more regional rail stations are situated within a one-mile radius, as is commercial corridors at Germantown and West Chelten avenues, several schools and university campuses, and Blue Bell Park and Clifford Park.

Ample mass transit, attractive existing housing stock, a pedestrian-friendly streetscape, a diverse array of urban services, and plentiful development-ready sites are all key ingredients for any growing neighborhood, and the surrounding district has them all in spades. We expect to hear more development news from this neck of the woods.