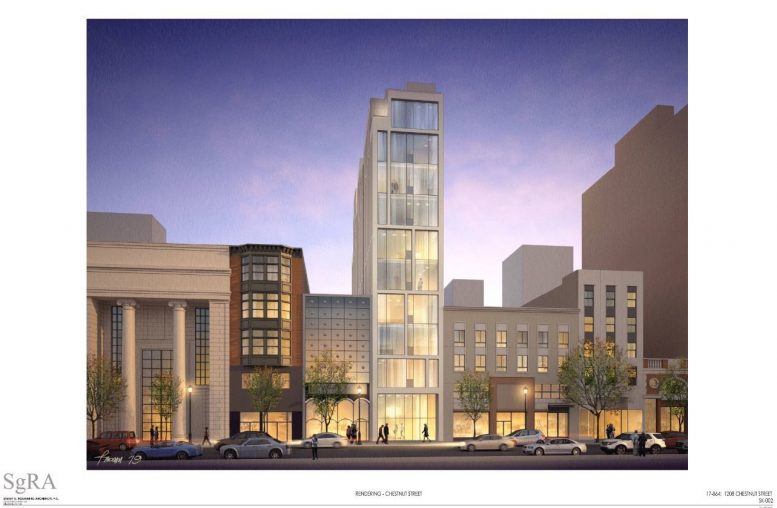 A recent site visit by Philly YIMBY has revealed that demolition is still pending at the site of a 49-unit apartment building at 1208 Chestnut Street in Midtown Village, Center City, even though demolition permits have already been issued for the dilapidated three-story structure currently occupying the property. Designed by SgRA and developed by Michael Alhadad, the building will span a narrow, through-block lot on the block between South 12th and South 13th streets, stretching north-south from Chestnut Street to Sansom Street. The building will span 51,436 square feet and will feature a basement, ground-floor commercial space, full sprinkling, and a roof deck. Permits list Christian A. Sanchez as the contractor and a construction cost of $5.5 million. 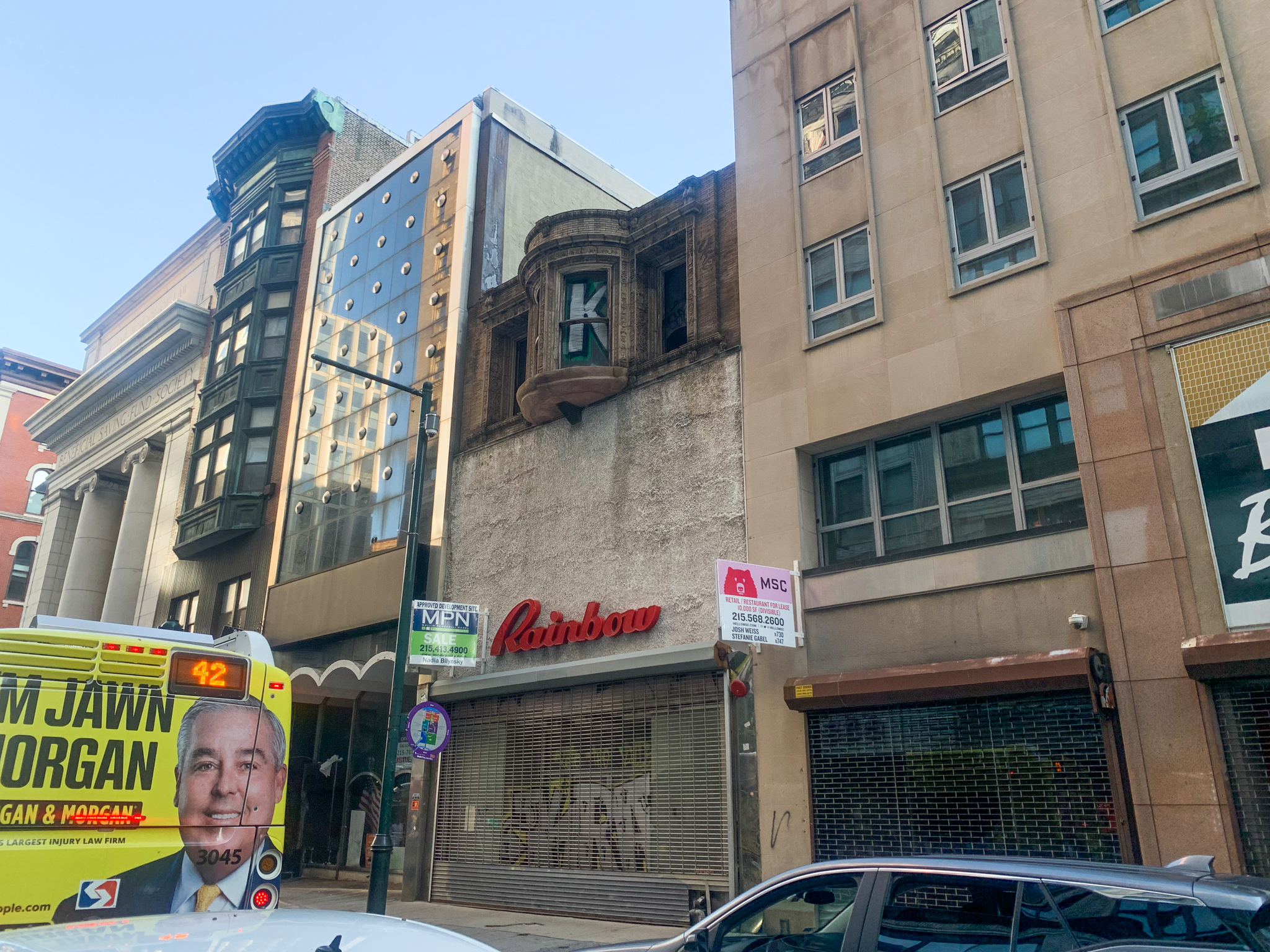 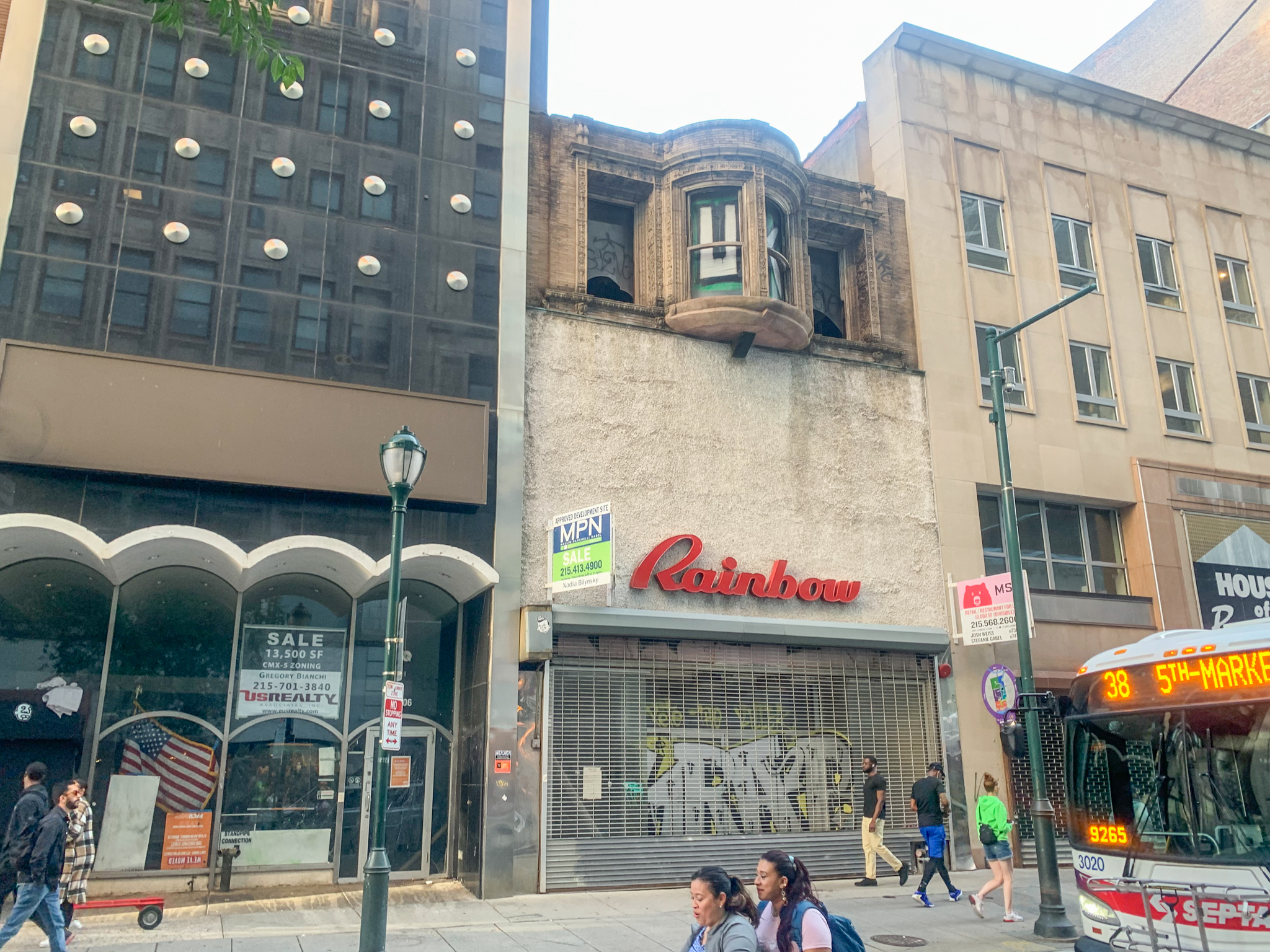 The site was once occupied by a stately prewar building rising nine stories tall. The remnant of this once-magnificent structure has since been reduced to a miserable, barely recognizable three-story stump, with a drab glass vitrine behind a roll-up gate at the ground floor and a completely stuccoed-over second level, decorated with an italicized “Rainbow” banner that appears ironically cheery for such a dismal-looking edifice. Only the dilapidated yet highly ornate third floor window remains as a reminder of the structure’s former grandeur.

The new building will be a clear upgrade over the site’s current condition, while its slender footprint will maintain the street’s established fine-grained, pedestrian-friendly scale. Still, we would had rather seen a full, and faithful to the original, restoration of the original structure. As that is unfortunately not the planned scenario for the site, we at least wish to see the intricately ornate third-story facade to be carefully disassembled and reused at a different development. 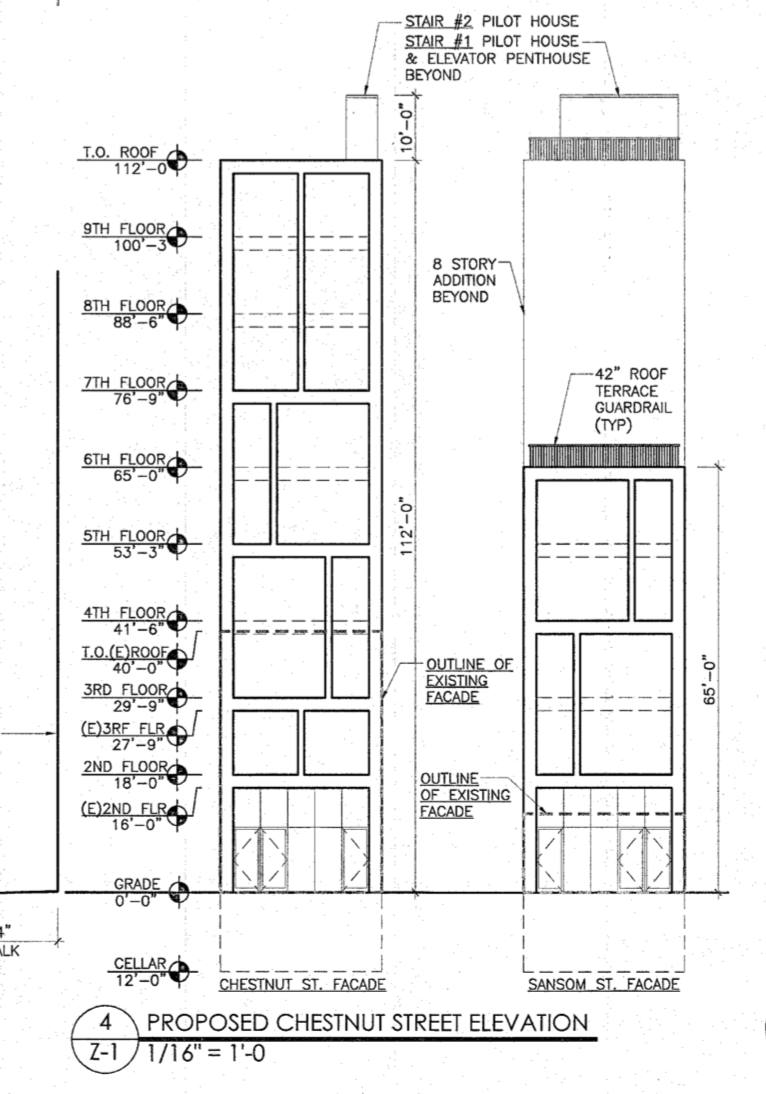 A demolition permit was issued in May 2019, listing Francis Henriquez of FH Demolition as the contractor and a cost of work of $60,000. The permit is currently listed as “completed,” although that clearly does not appear to be the case in reality. A construction permit was issued in the same month, although it had expired by June of last year. Still, we hope to see renewed progress at the site in the near future, as the proposed building would be a fine addition to the neighborhood.