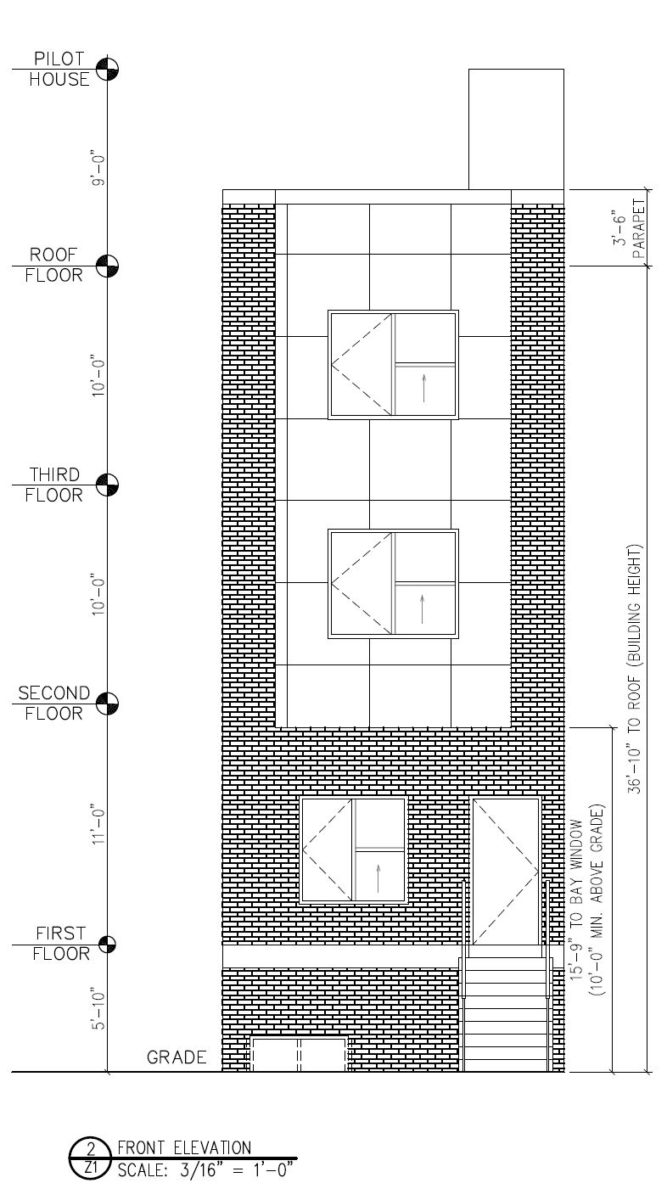 Permits have been issued for the construction of a three-story, three-unit rowhouse at 4134 Westminster Avenue in Belmont, West Philadelphia. The structure will rise from a vacant lot that is situated between two prewar rowhouses on the south side of the block between North Palm and North Holly streets. The building will span 3,430 square feet and will feature a cellar and a roof deck. Permits list JT Ran Expediting as the party behind the zoning filing and JPL Construction as the contractor. Construction costs are specified at $280,000. 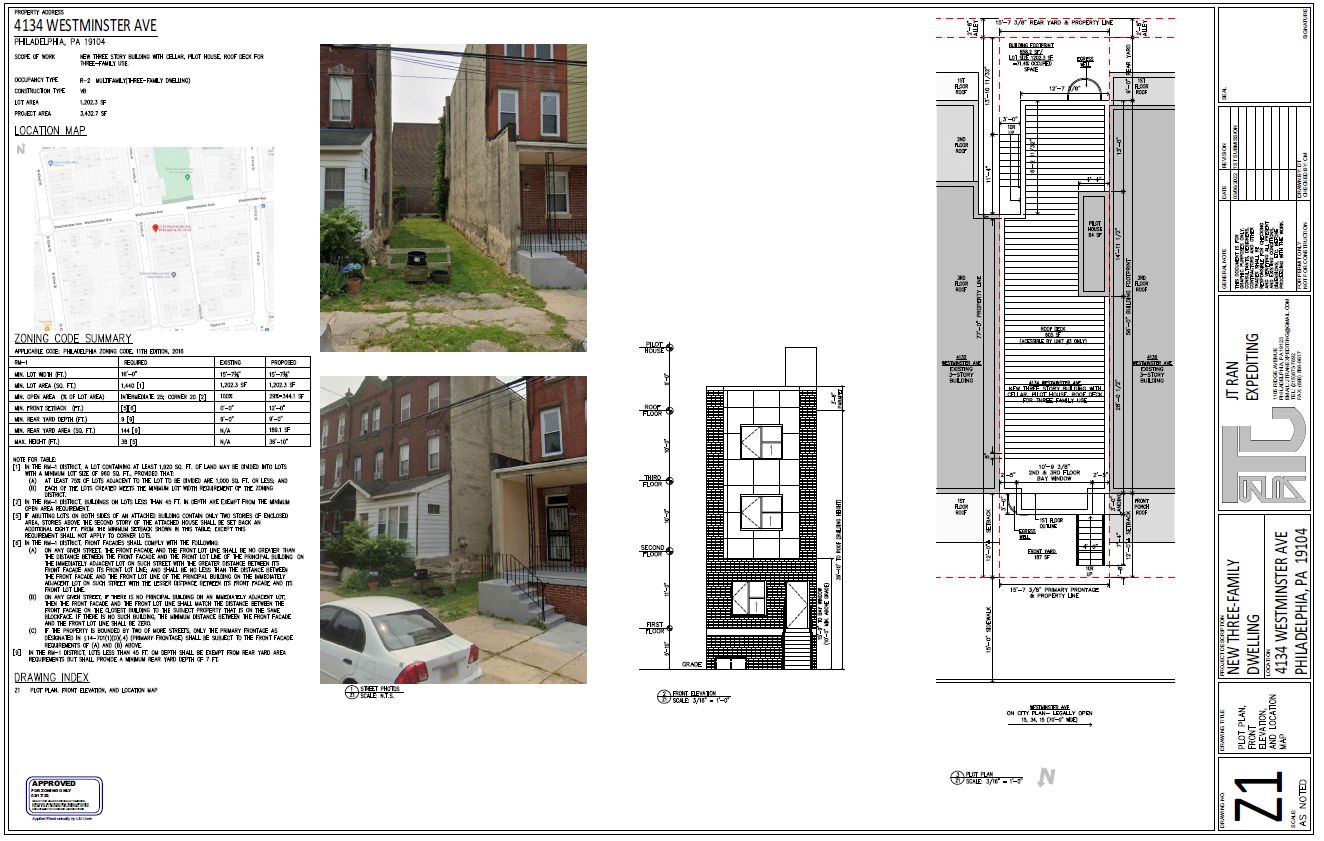 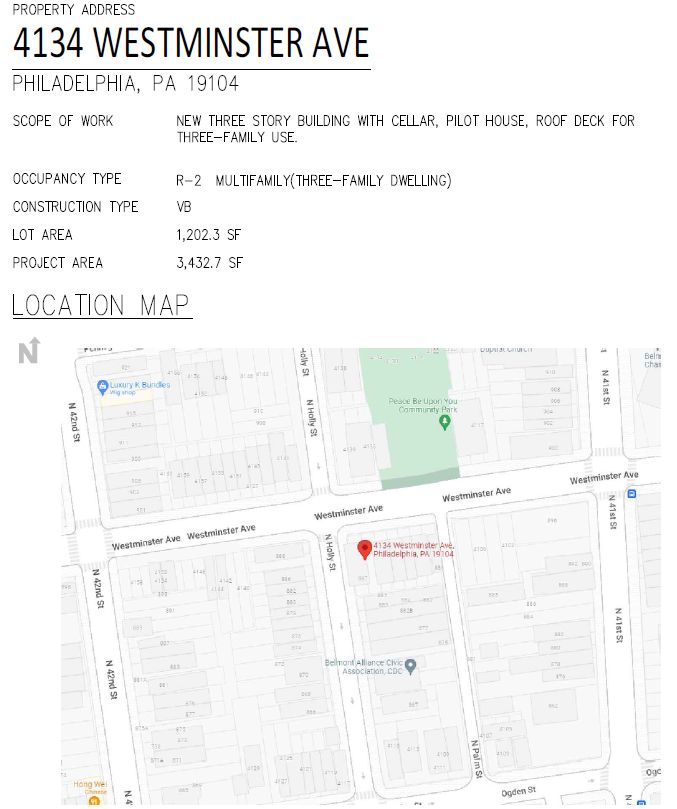 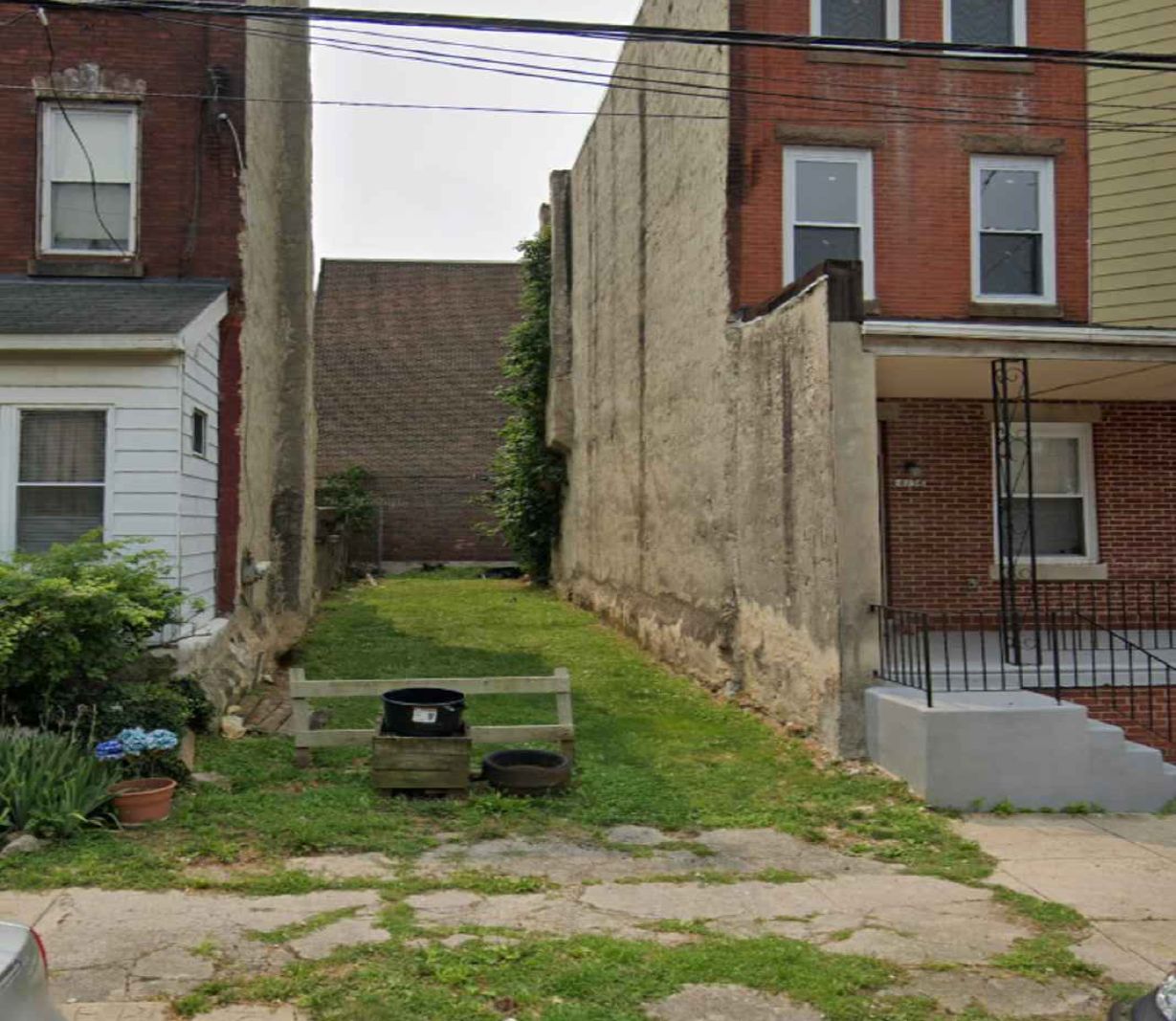 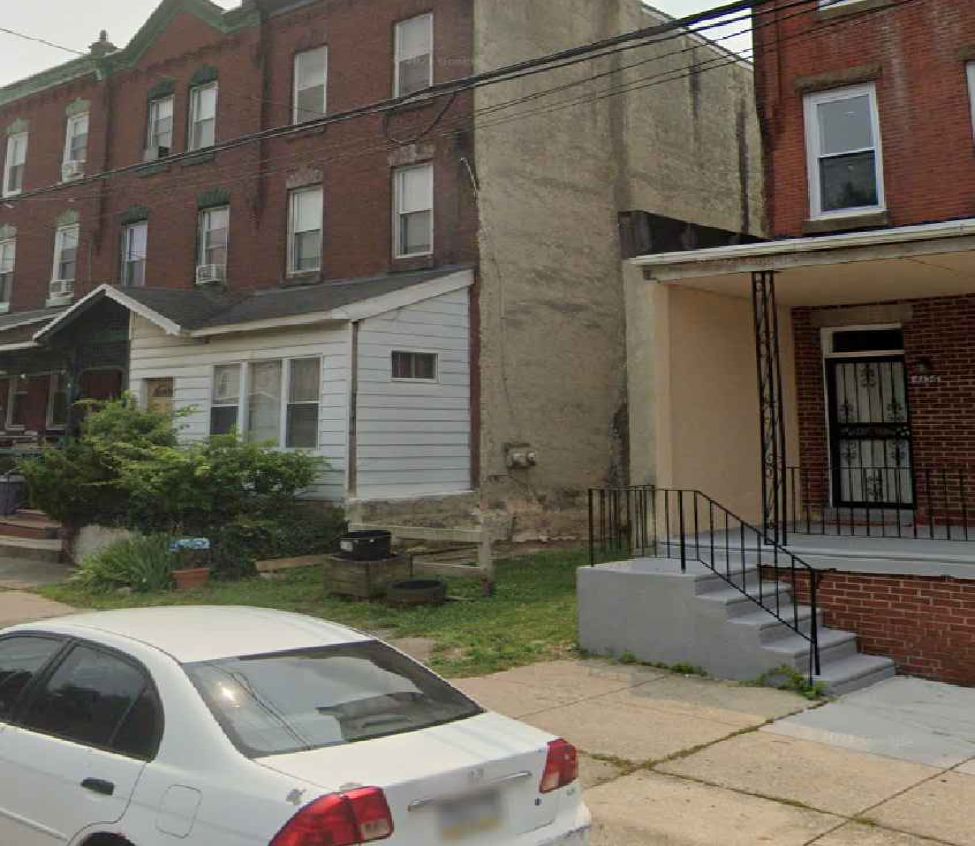 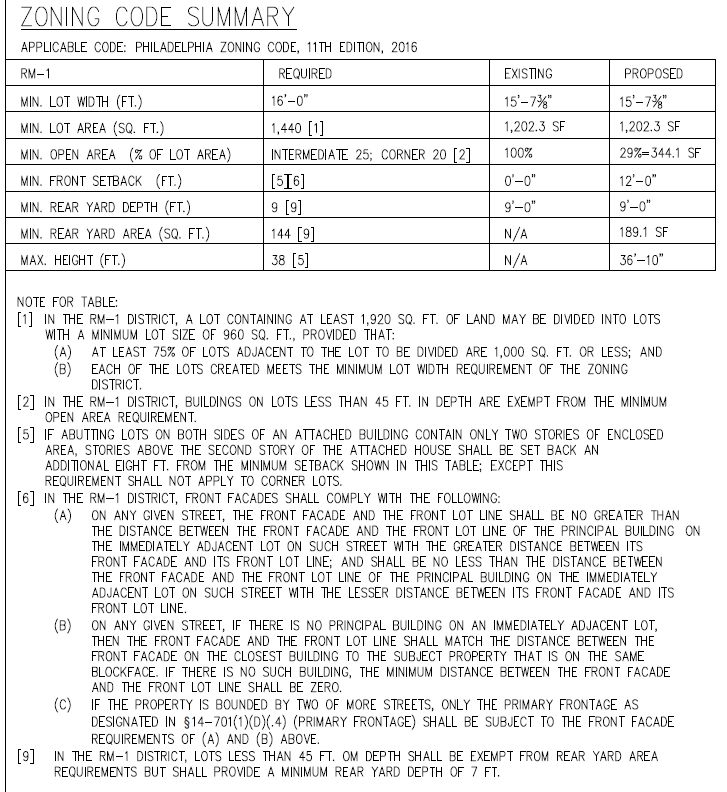 The building will measure 15-and-a-half-feet-wide and will stretch 56 feet long, generally matching the dimensions of the adjacent rowhouses and leaving space for a nine-foot-deep rear yard. The structure will rise 37 feet to the top of the main roof, 40 feet to the top of the parapet, and 46 feet to the top of the pilot house. The ground level will sit rather high above the sidewalk, at an elevation of nearly six feet; ceiling heights will be rather generous, measuring nine to ten feet high.

The exterior appears rather conventional, featuring a brick facade with a paneled cantilever on the upper floors. Design-wise, the building’s greatest drawback is the lack of a porch; its absence will be glaring in a row of existing buildings that sport covered porches.

In all, 4134 Westminster Avenue is a rather middle-of-the-road project that not only follows a design formula ubiquitous in contemporary Philadelphia development, but also shares the standard advantages and drawbacks over traditional prewar rowhouses such as the ones that flank the project on either side.

On the plus side, the ceiling heights will match, or possibly exceed, those of its neighbors; code-mandated sprinkling will clearly make the structure safer than its predecessors; and, of course, a roof deck, a splendid addition to any building, is almost universally absent from any prewar structure, unless added at a later time.

On the other hand, the conventionally designed structure promises to look decent enough in its own right, yet will pale in comparison to the sumptuous, even if dilapidated and altered over the years, Victorian rowhouses on either side.

As such, though 4134 Westminster Avenue will stand as yet another conventional infill development (not to diminish the value of such, as the city thrives thanks to such small-scale projects replacing vacant lots), it, together with its prewar neighbors, will present a study in contrast of values and practicalities of design and development over a period separated nearly a century apart.

Be the first to comment on "Permits Issued for 4134 Westminster Avenue in Belmont, West Philadelphia"