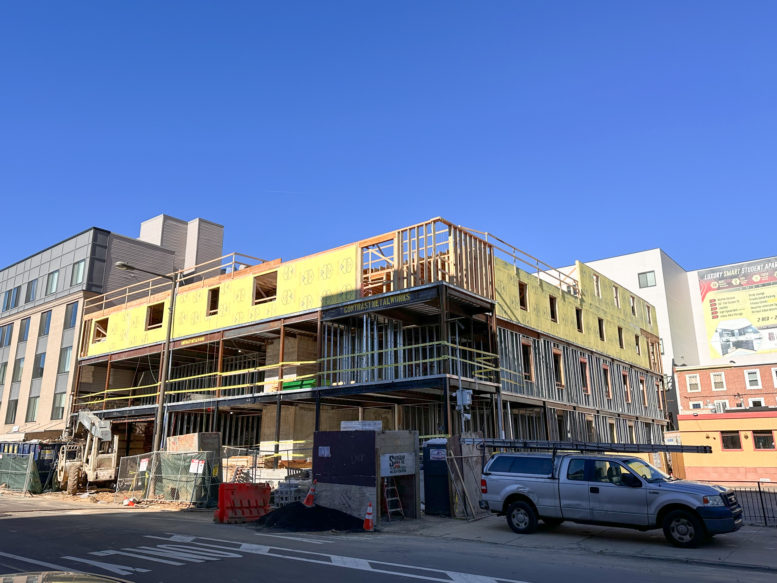 A recent site visit by Philly YIMBY has recorded the latest construction progress at a seven-story, 100-unit apartment building at 4211 Chestnut Street in Spruce Hill, West Philadelphia. Also known under its full address of 4211-13 Chestnut Street (where YIMBY’s prior coverage of the project may be found), the development is situated on the north side of the block between South 42nd and South 43rd streets. The structure will span 68,210 square feet and will feature a basement, a shared roof deck, and a parking garage. Permits list 4211 Chestnut LLC as the contractor and specify a construction cost of $4 million. 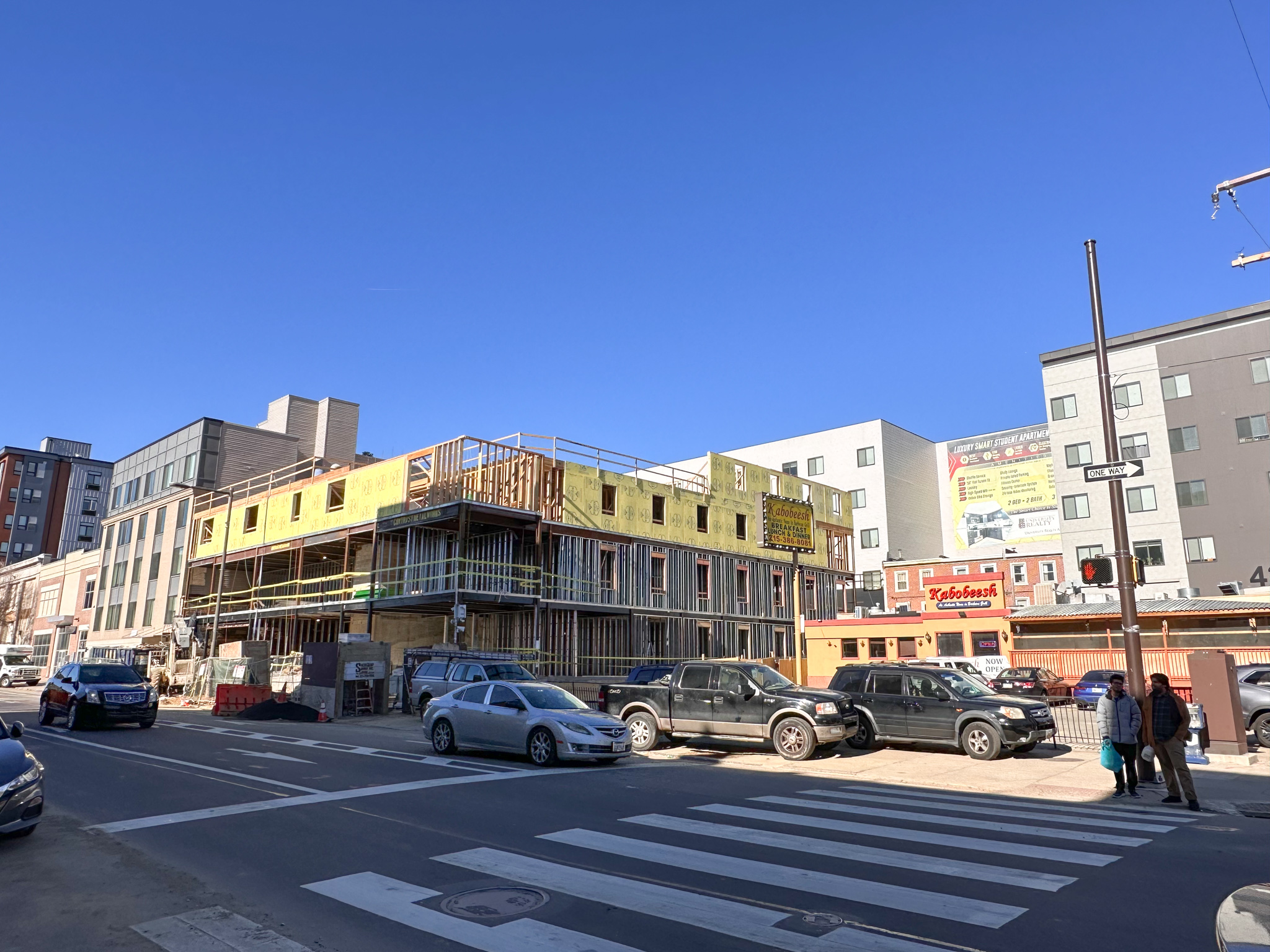 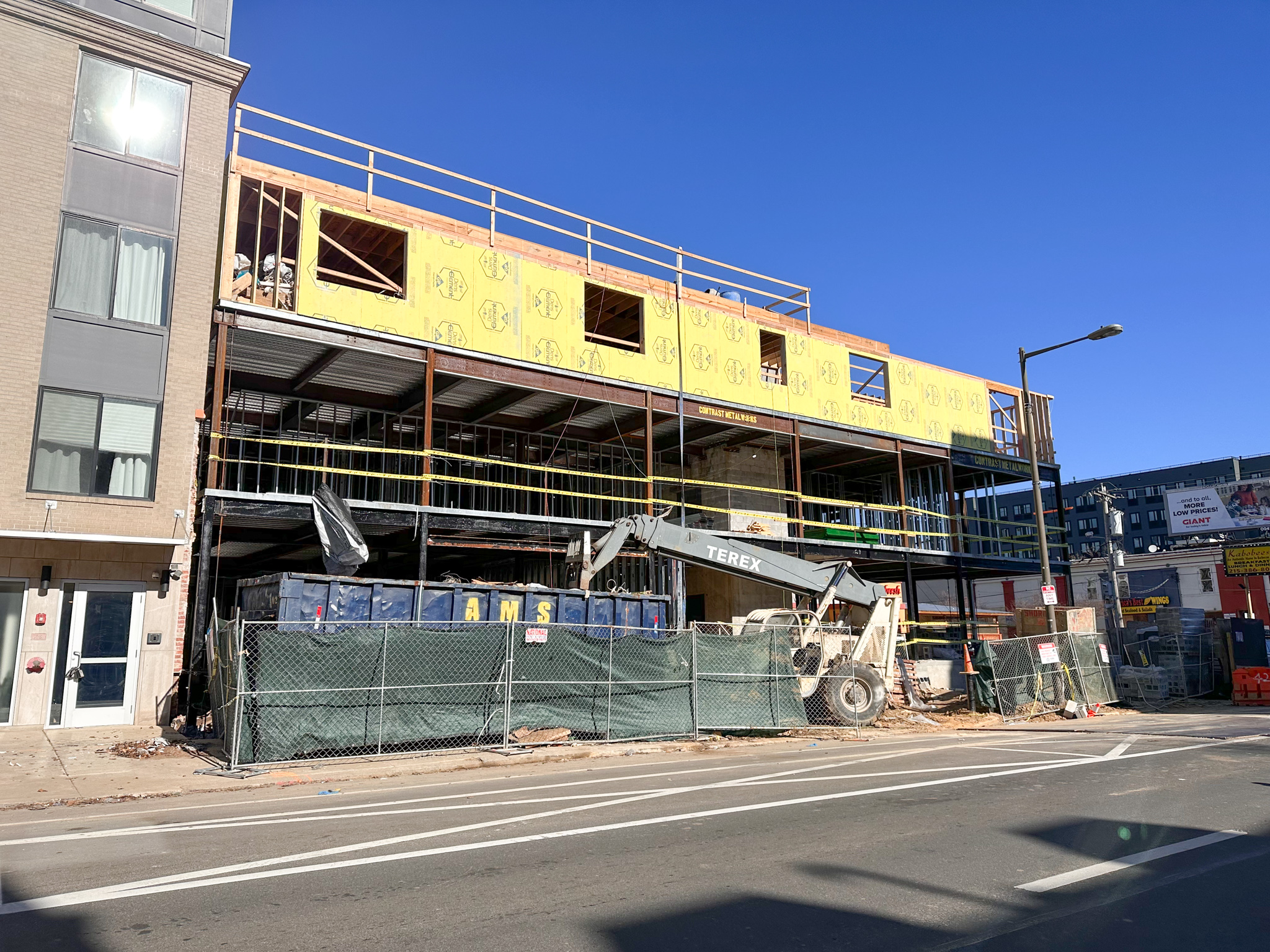 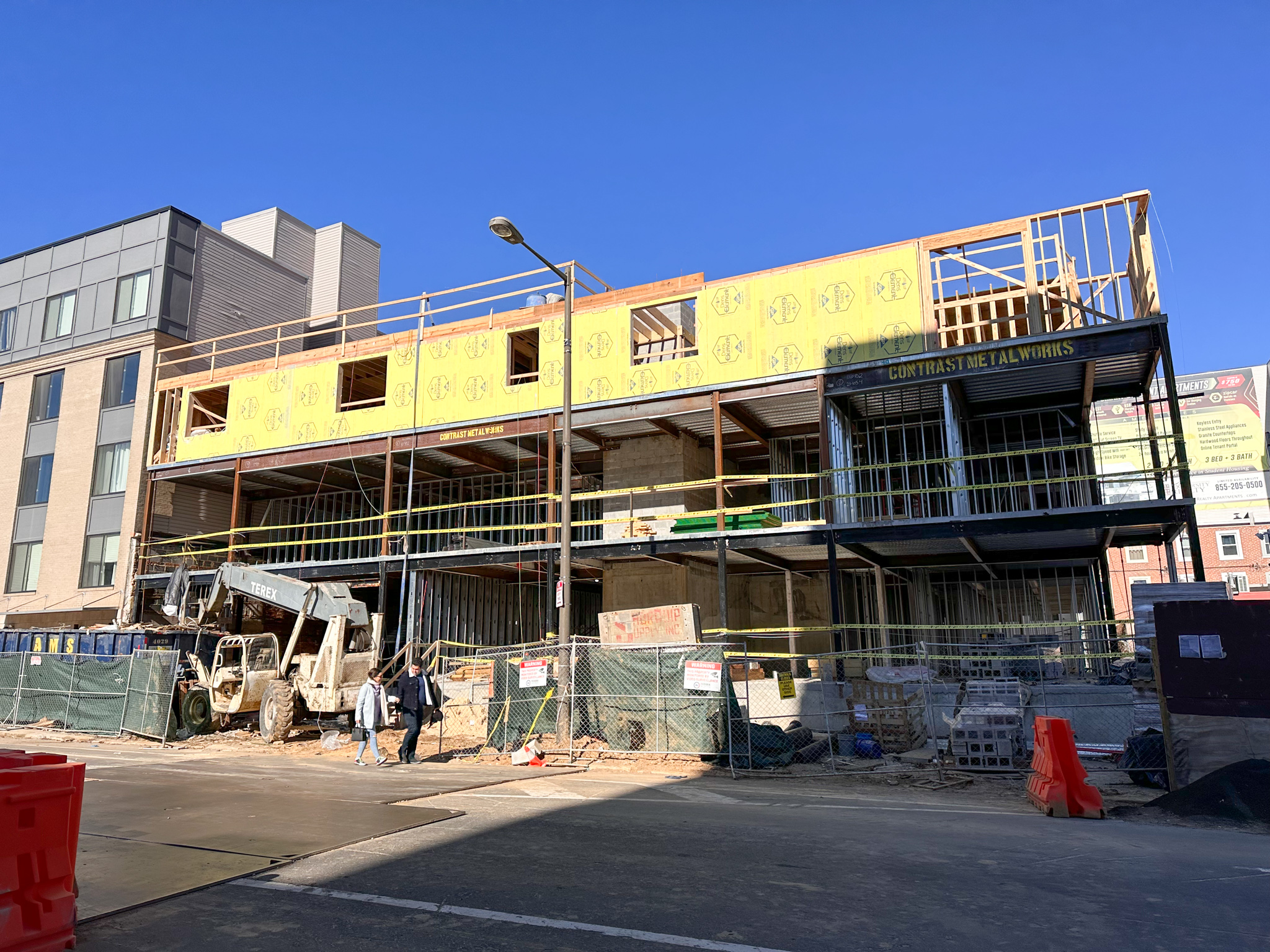 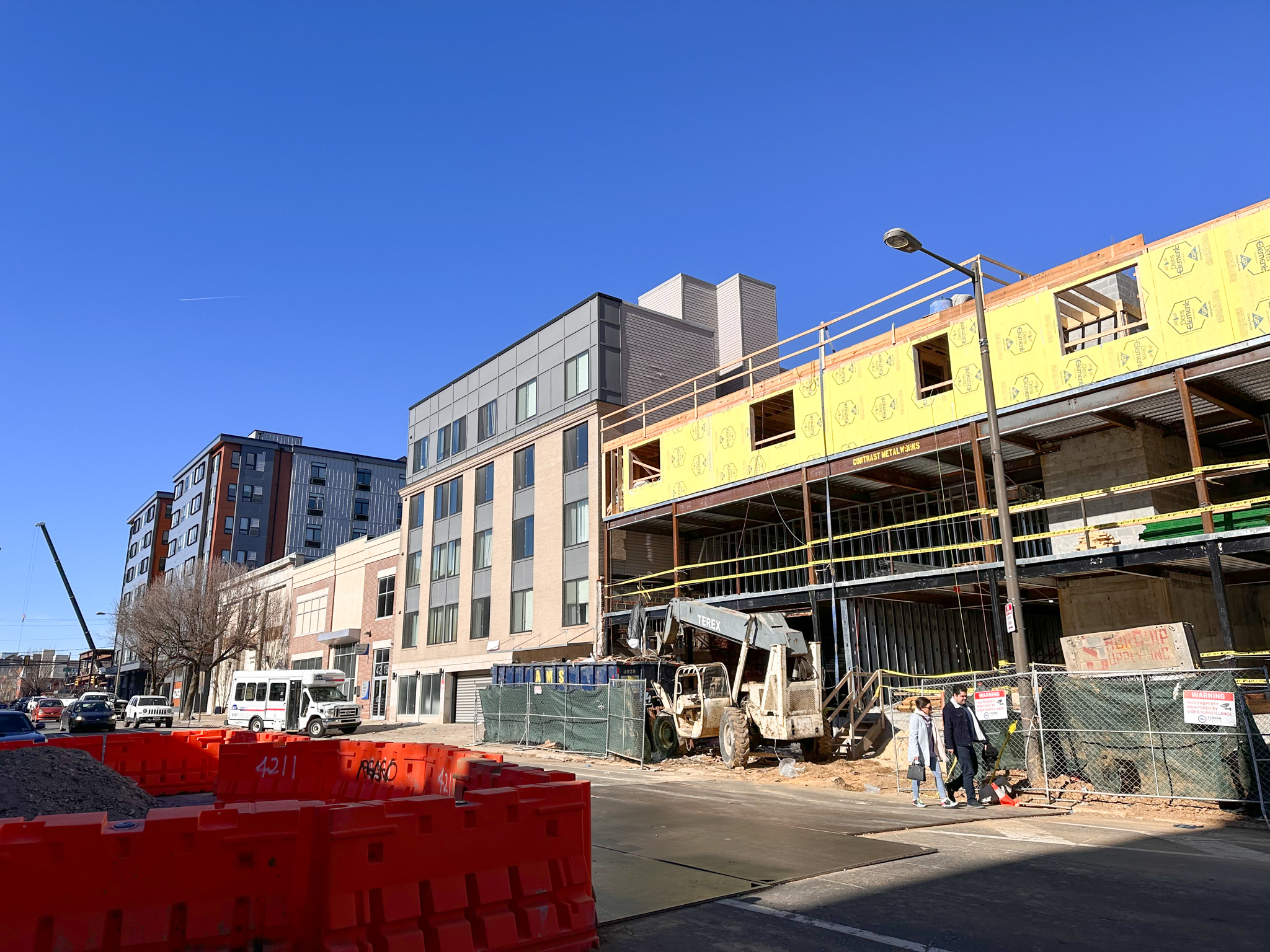 The structure will consist of a two-story, steel-framed Type IA lower section, topped with five stories of wood-framed Type IIIA construction. When YIMBY last stopped by the site last October, we found the two-story steel section assembled and the masonry-clad roses rising to the third floor. Our most recent visit has discovered that the wood-framed third story has since been framed and largely sheathed, with work underway on the fourth story.

The new building replaces a pair of rather nondescript commercial structures, where only the three-story prewar rowhouse section of the eastern building, adorned with arched windows, brick quoins, and a bracketed cornice, offered any architectural value. However, the site was vastly underbuilt for its central, transit-accessible location (the 40th Street Station on the Market-Frankford Line and the route 10 trolley are located within three blocks to the northeast and several bus lines run within the vicinity), and the currently rising building is a definite improvement for the site; if anything, the location could have easily supported a property with both a greater number of stories and more residential units. 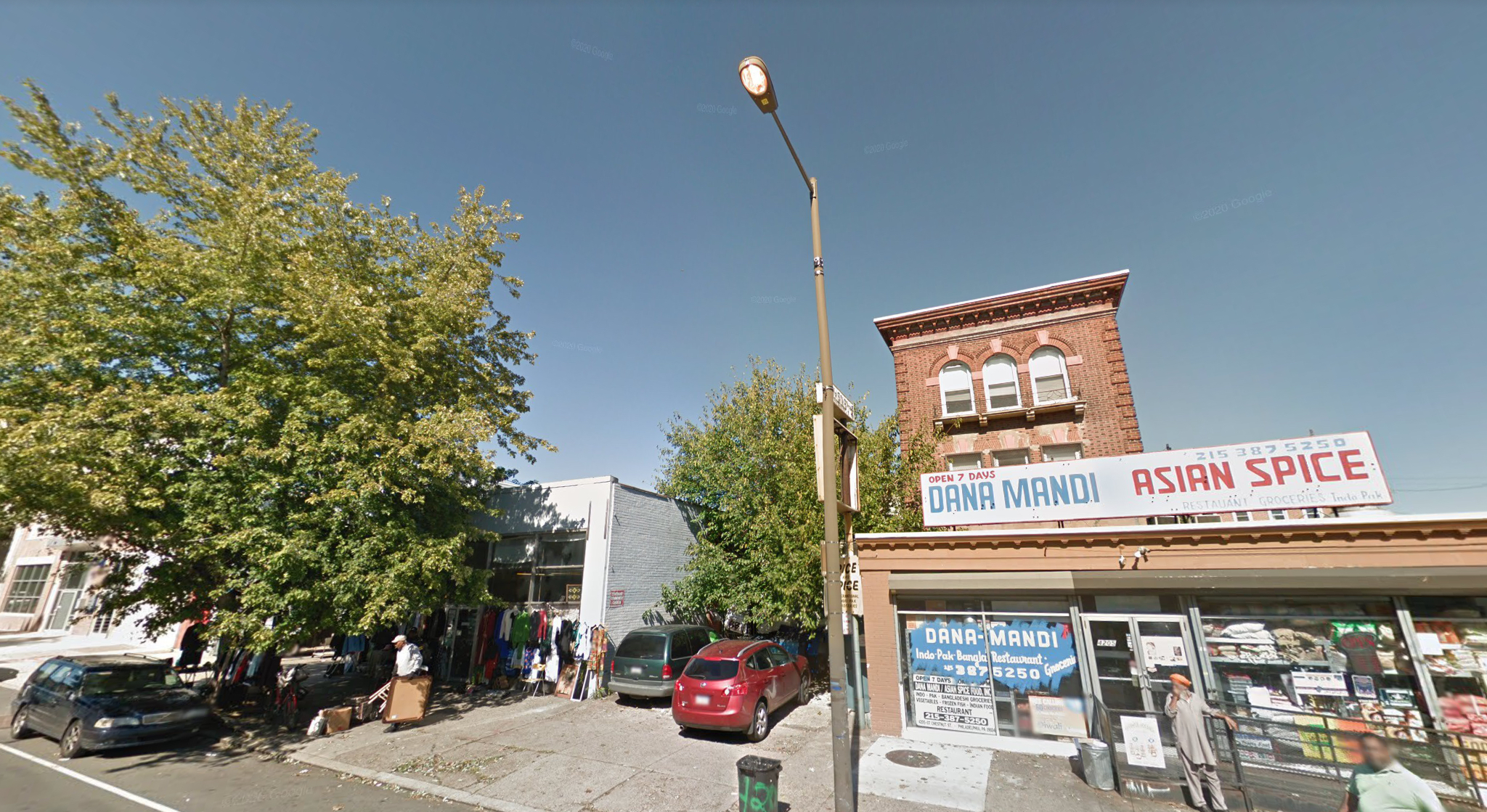 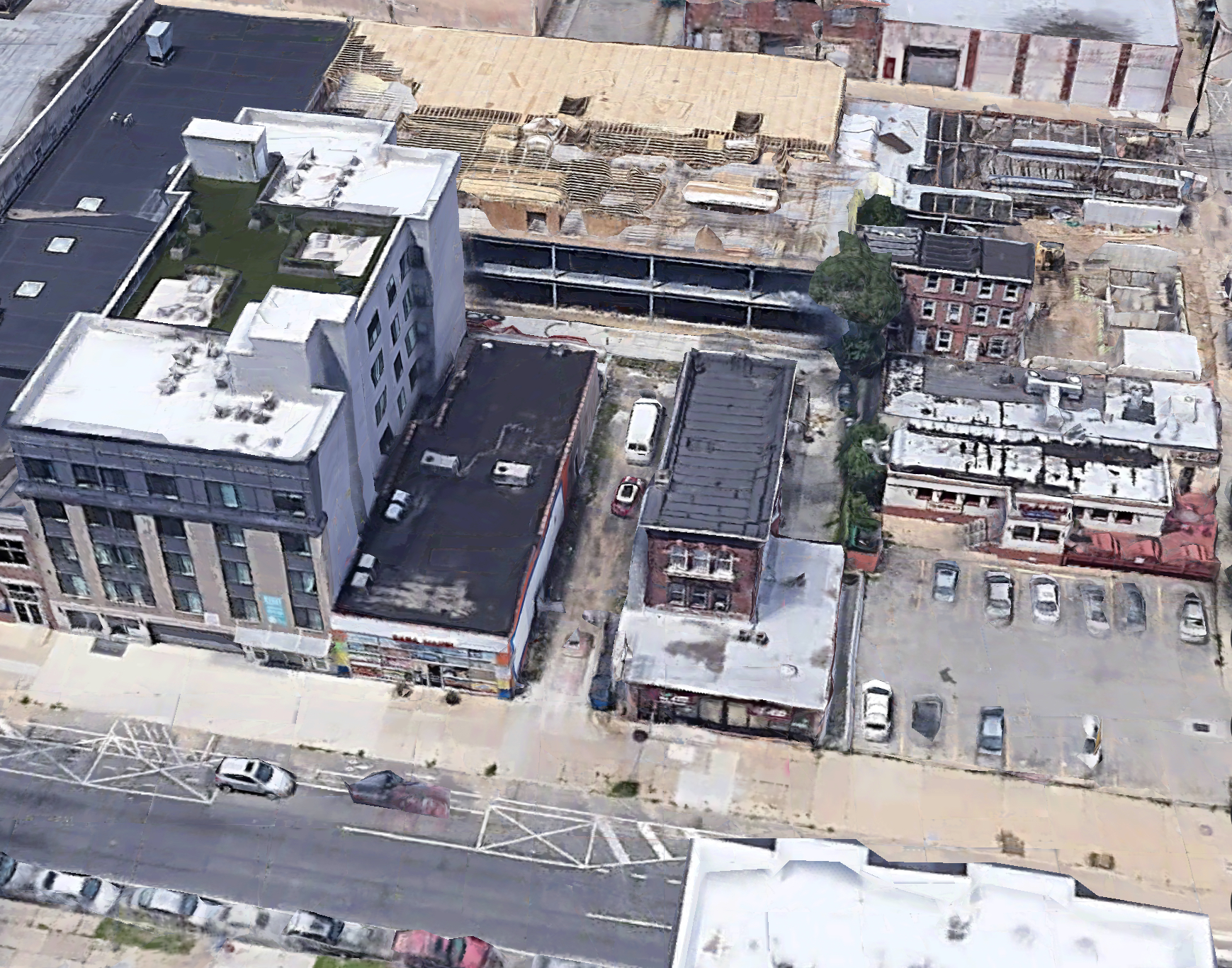 The most puzzling, and disconcerting, aspect of the project appears to be an apparent lack of retail, which would had made a fine fit for the thoroughfare and effectively replaced the shops that previously stood at the site. As such, in a sense, the resulting sidewalk experience may be somewhat less engaging to the pedestrian than it was in its prior iteration.

Due to its immediate adjacency to University City, Spruce Hill is experiencing a surge of dense, mid-rise construction; in fact, the boundary between the two neighborhoods is becoming increasingly blurred. Many of the new developments in Spruce Hill are being advertised as situated in University City proper. And while the neighborhood boasts an ample stock of venerable prewar building stock that ought to be preserved as much as possible, it also offers ample underbuilt sites that are ripe for redevelopment, such as the one where 4211 Chestnut Street is situated. To make the best of all the neighborhood has to offer, the city ought to strengthen preservation regulations for local prewar buildings while simultaneously encouraging larger and denser construction on underbuilt sites. Such a scenario may be most likely if it removes restrictive height limits, discourages demolition of prewar structures, and incentivizes air rights transfers.