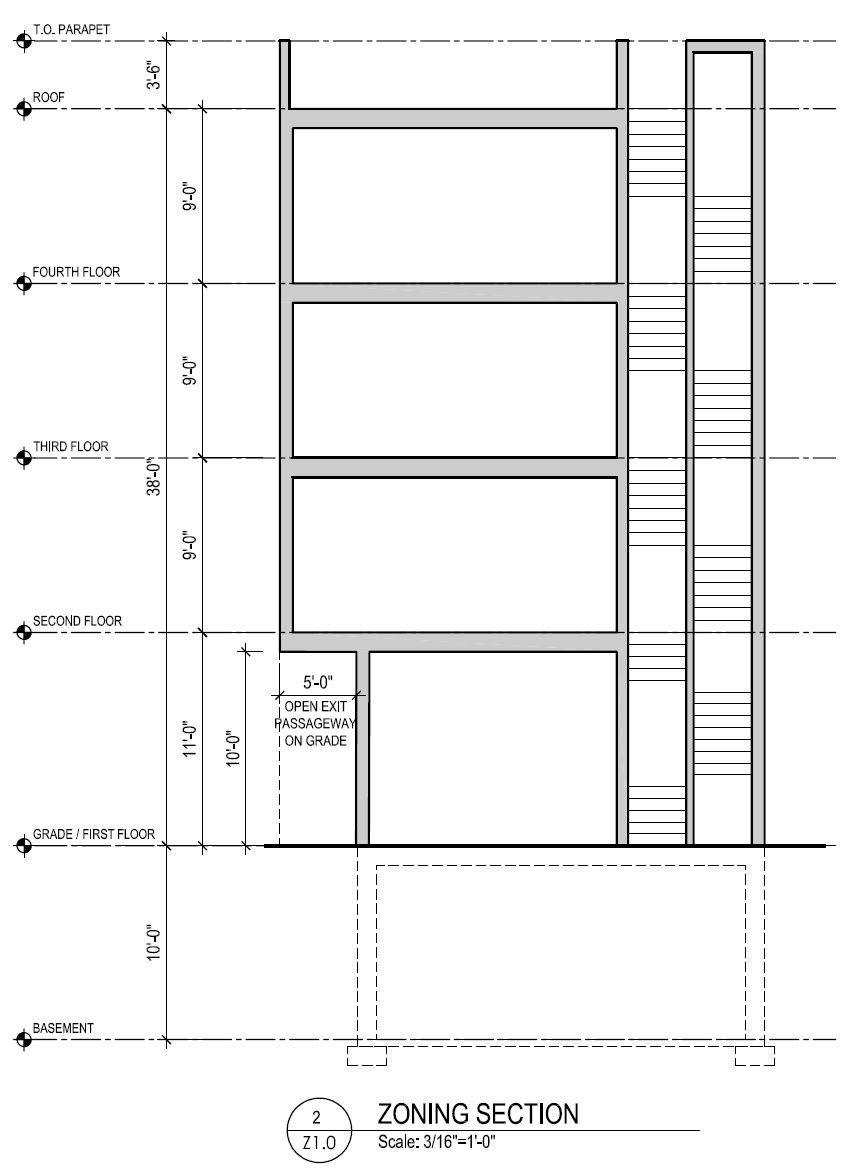 Permits have been issued for the construction of a four-story, five-unit apartment building at 717 North 35th Street in Mantua, West Philadelphia. The development will replace a vacant lot on the east side of the block between Fairmount Avenue and Aspen Street. Designed by the 24 Seven Design Group, the building will feature a cellar and a roof deck, which will likely offer dramatic skyline views due to the structure’s prominence. Permits list Efe Holdings as the contractor and a construction cost of $800,000.