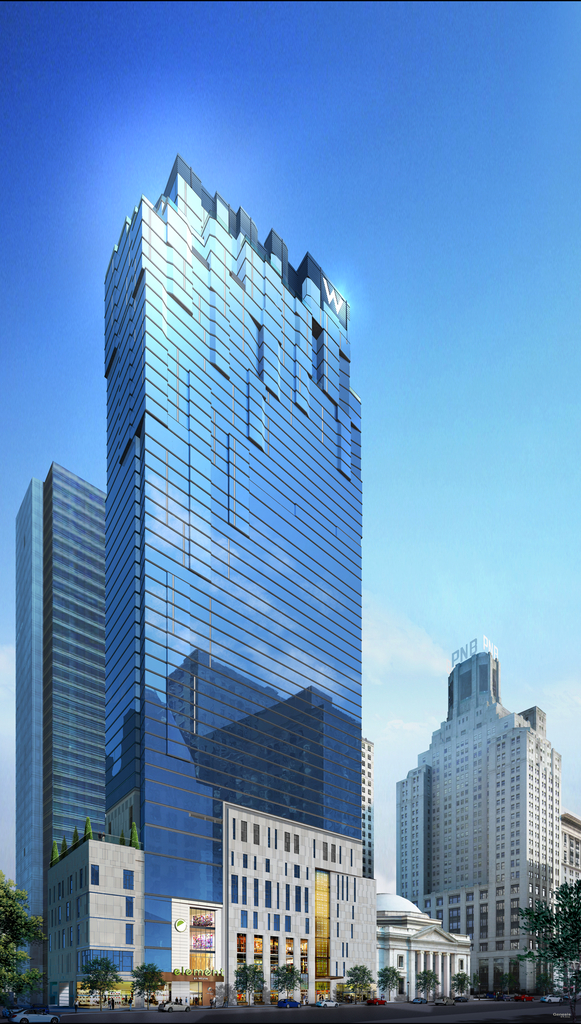 Completion approaches at the dual-branded W/Element Hotel, a 582-foot tower located at 1441 Chestnut Street in Center City and designed by Cope-Linder Architects. The 773,500-square-foot property was first scheduled to be opened back in spring 2018, but the opening date was significantly pushed back. The structure had started rising in August 2016 after setbacks with the foundation, but the tower had made a steady rise, popping into the skyline by the second quarter of 2018. With the concrete structure topped in August 2018 and steel topped with the W logo at the end of October, the jagged-faced tower is now largely finished. 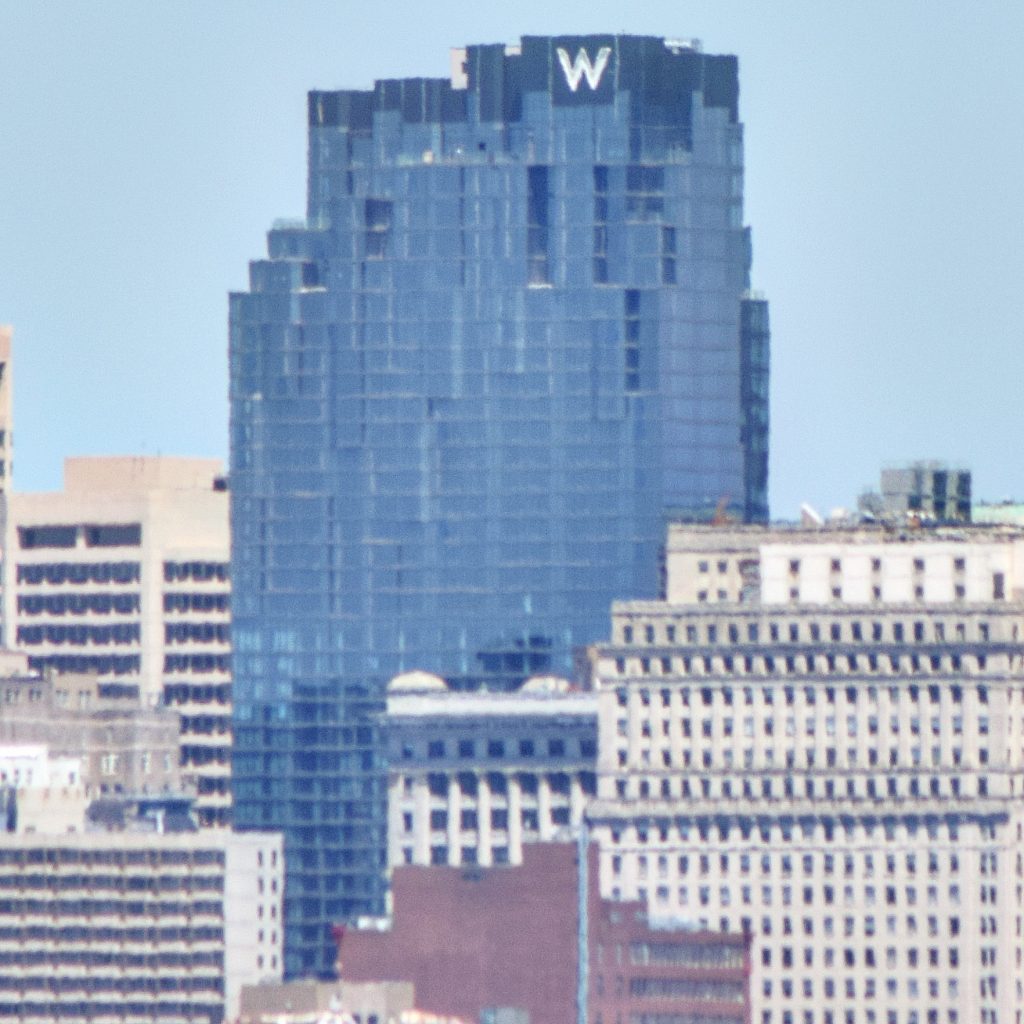 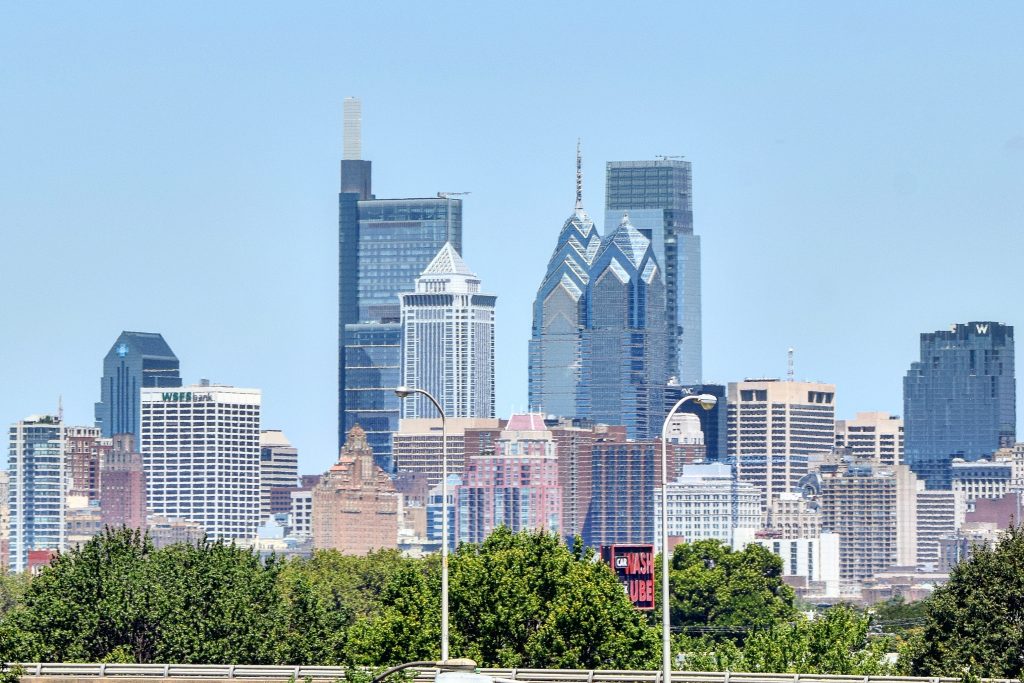 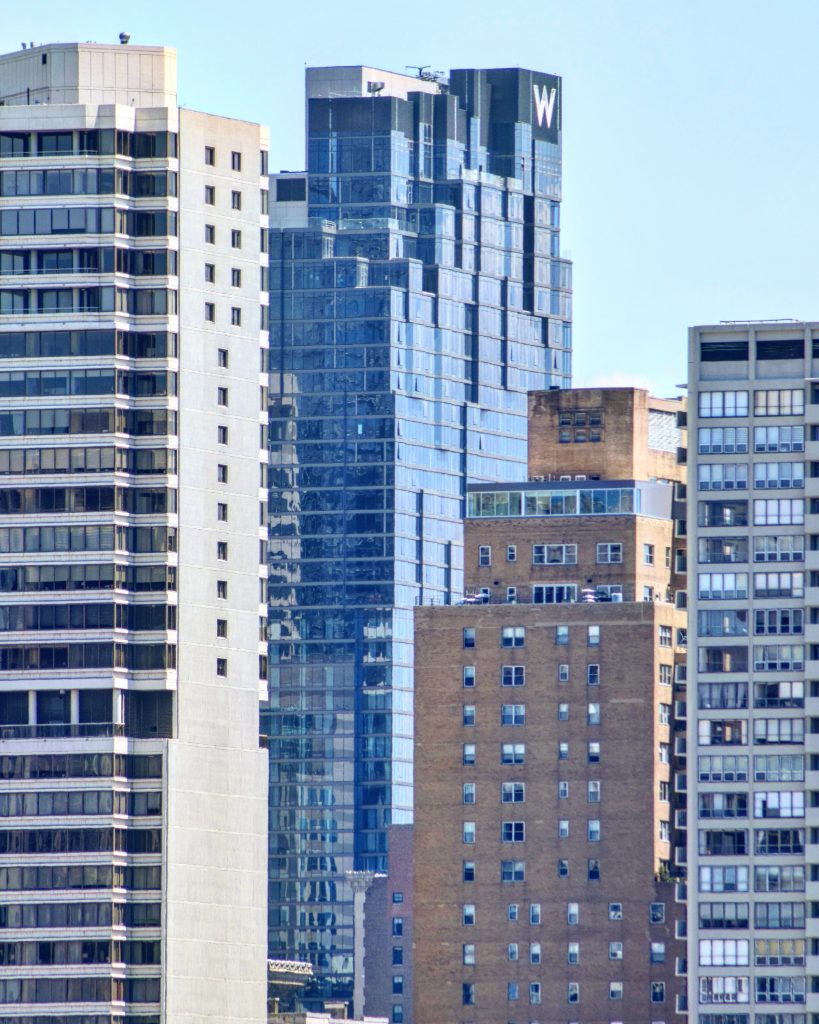 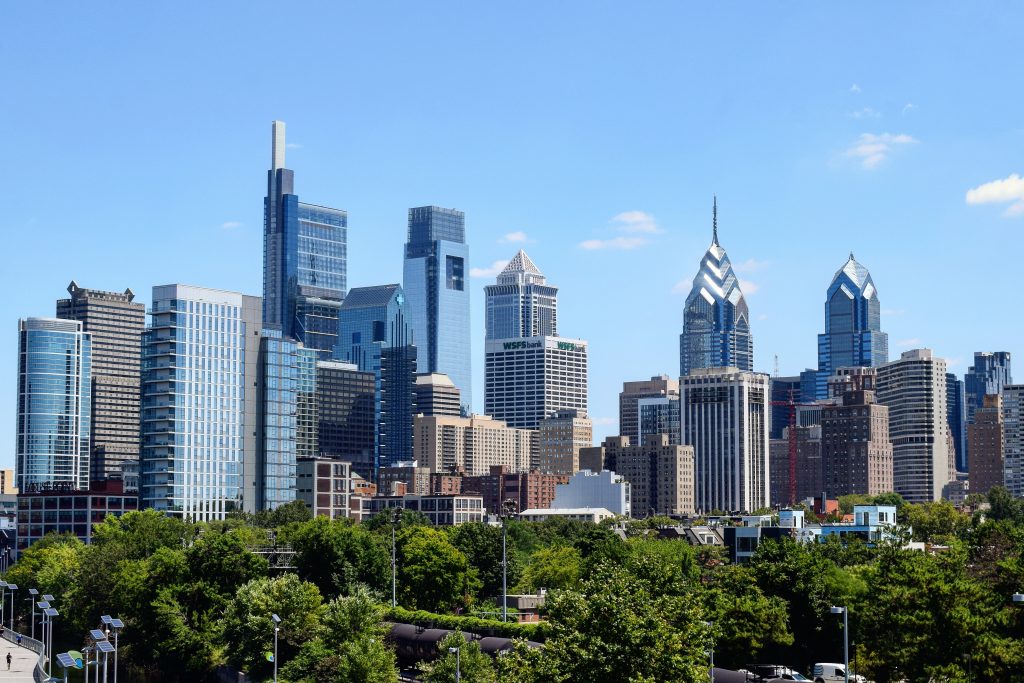 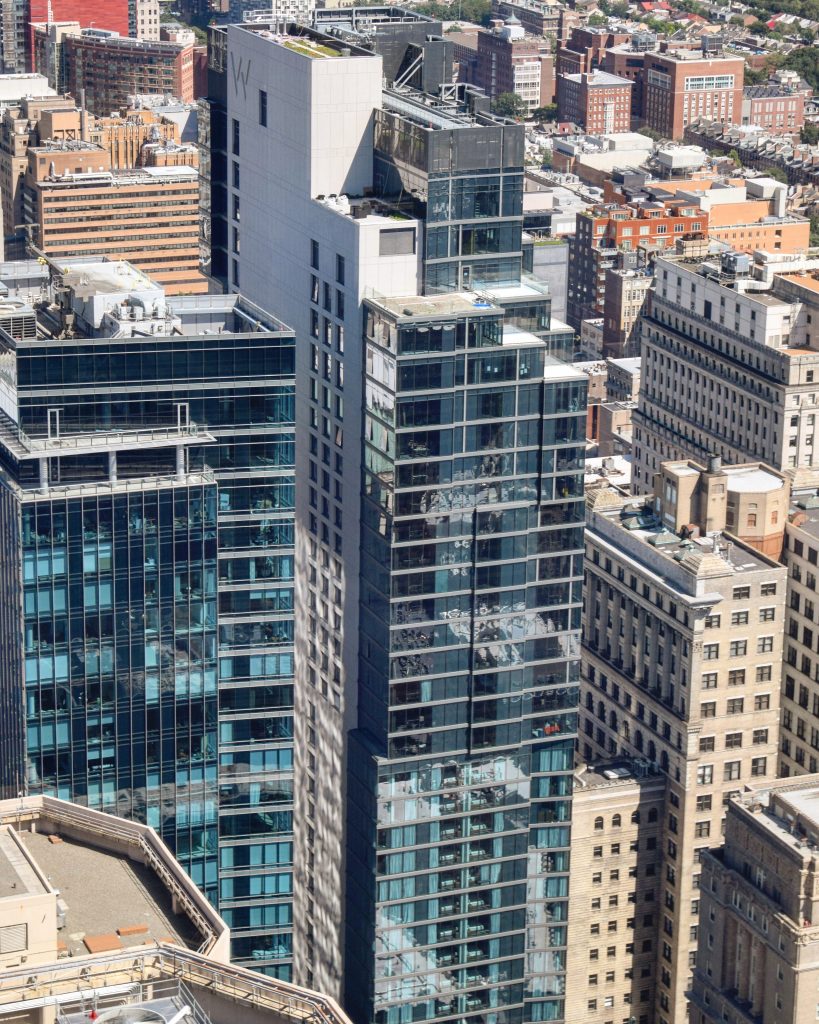 W/Element Hotel from One Liberty Place. Photo by Thomas Koloski 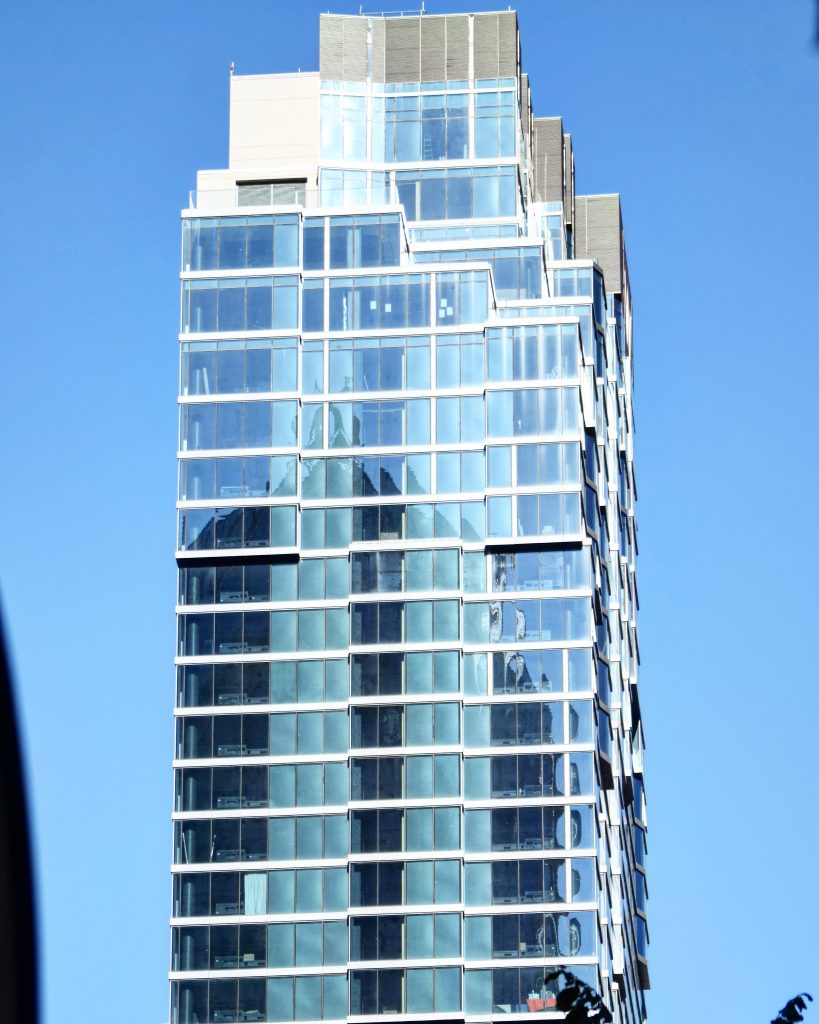 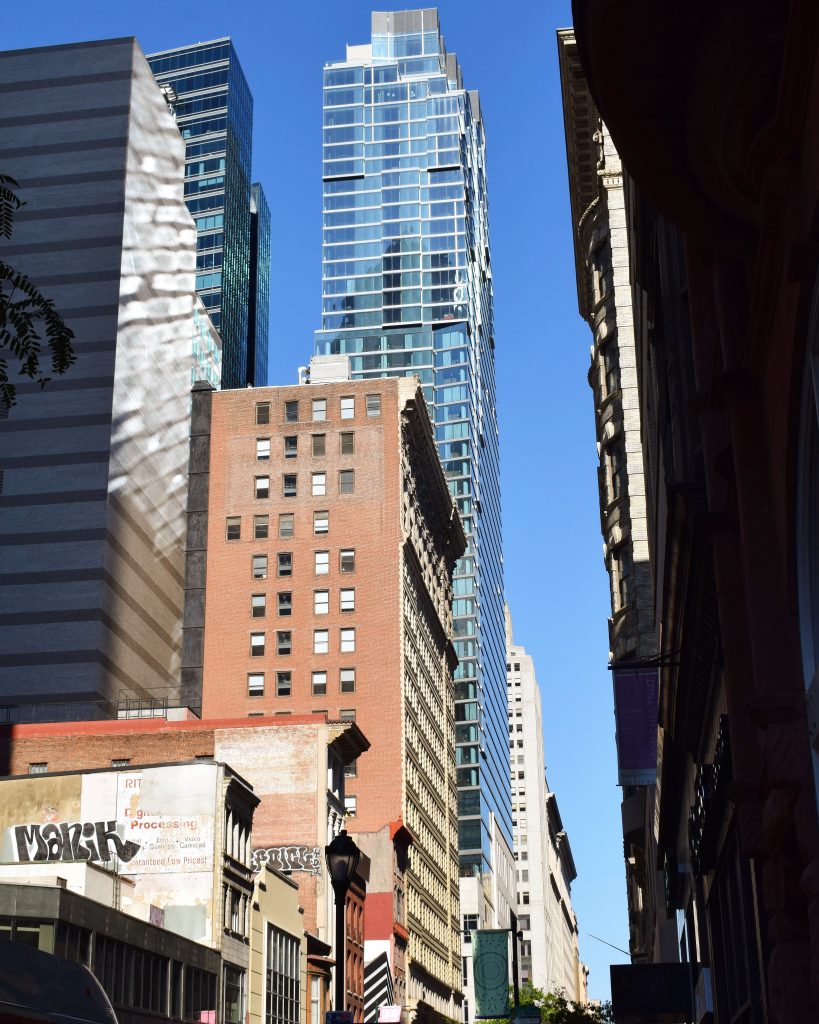 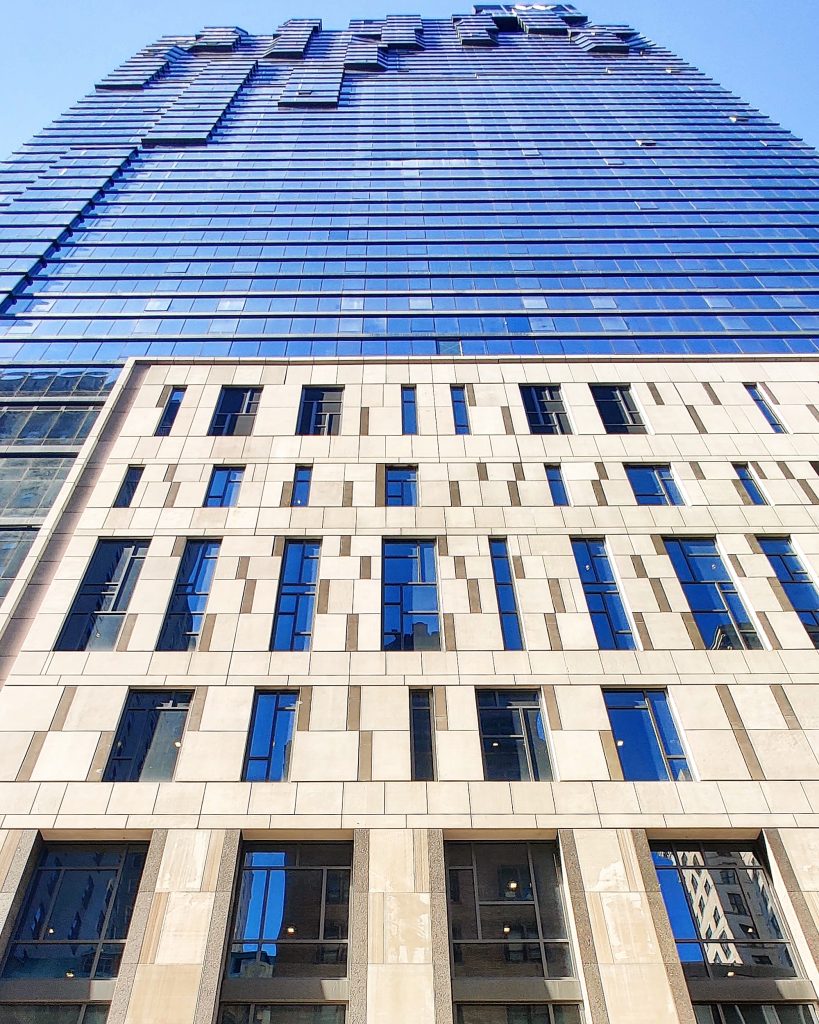 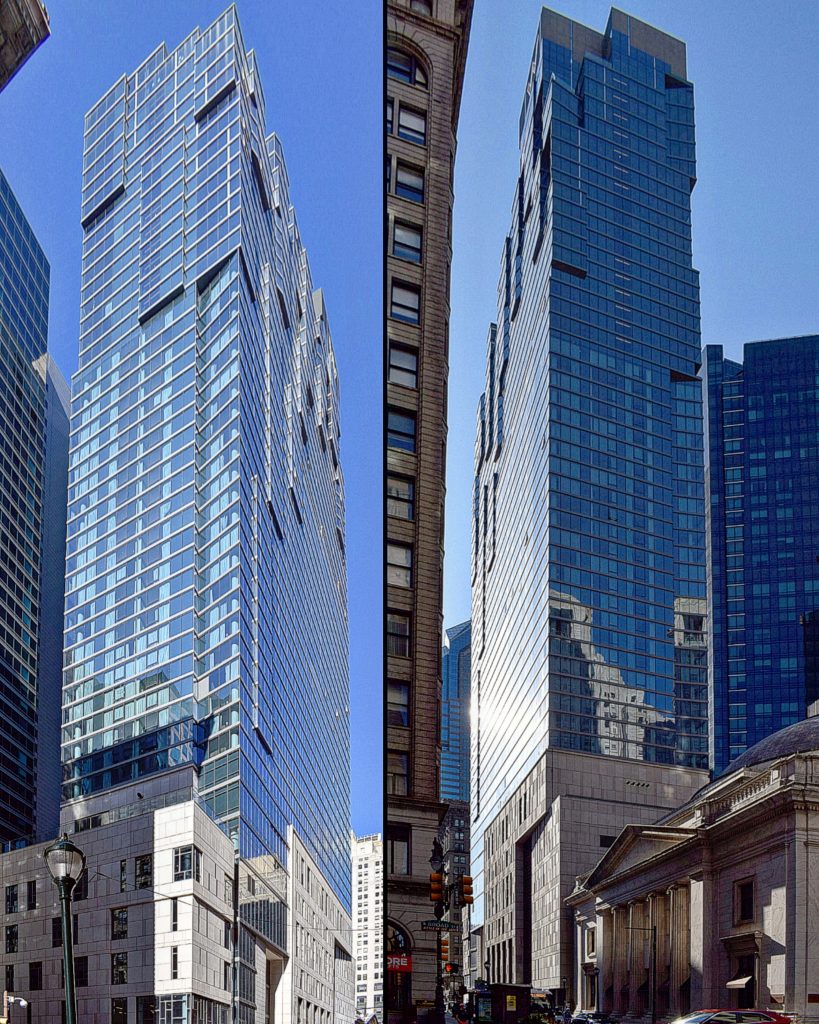 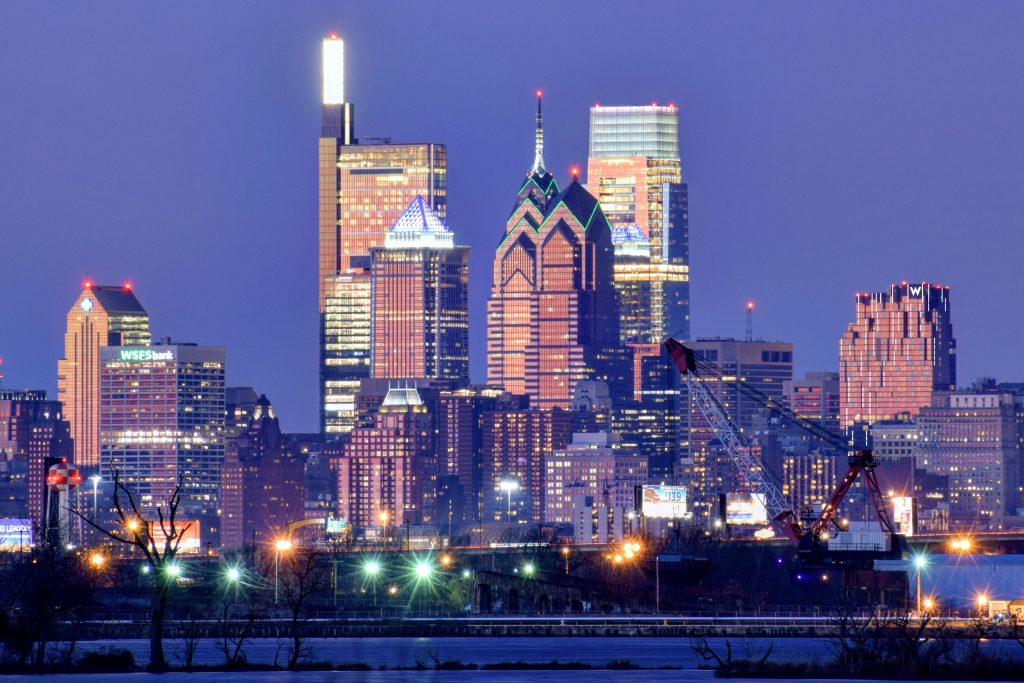 Skyline and W/Element Hotel lighting at night. Rendering and photo by Thomas Koloski

The tower sits on the former site of One Meridian Plaza, a 491-foot banker building that suffered a fatal fire that charred over 20 stories of the upper floors back in 1991 and was demolished in 1999.

The skyscraper design integrates a few elements of classic Philadelphia. Though the north face features a beige blank wall, the east, south and west face is the best part of the design. The tower takes a lot of inspiration from the Schuylkill River, especially where the area is highly elevated. The many rectangles, some with angled faces, pop out of the building reminiscing the ragged Schuylkill cliffs along the river. While Peace Rock was one of the main inspirations, so was the Schuylkill River itself. At the very top of the tower where the dark glass meets the gray metal cladding, nearly every pane is on a different elevation to simulate the waves of the River. One last major feature to not forget is the multiple vertical lights spread all over the tower, mostly the south face. The multi-colored lighting will be very similar to FMC Tower in University City, especially with the logo on top being lit at night. The lit-up W stands out like a new beacon in the skyline. 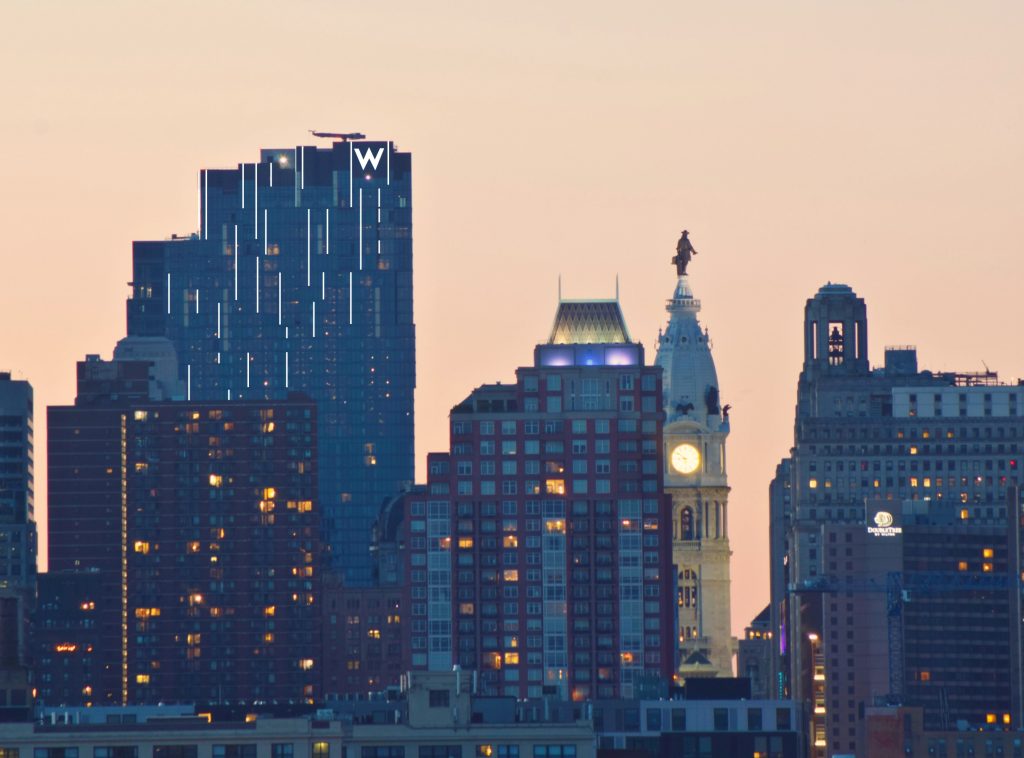 1 Comment on "Work To Soon Wrap Up On The Dual Branded W/Element Hotel, Center City"