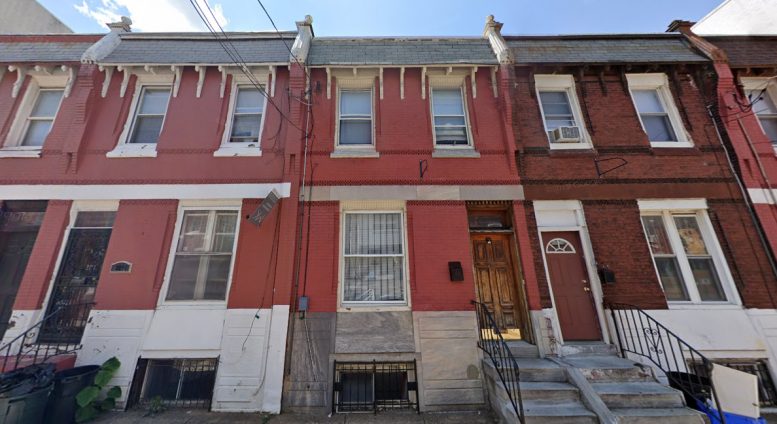 A permit has been filed at 2044 North Carlisle Street near Temple University in North Philadelphia. The permit calls for the demolition of the existing two-story rowhouse at the site and replacing it with a new structure. Northside Rental LLC is listed at the owner.

Given its level of craft and architectural detail, it is unfortunate to see the building go. However, this is not the first of the kind on this block to make way for a modern structure, as several have already been replaced in recent years. The new additions, which range from banal “brick boxes” to decently attractive contemporary developments, all stand three stories tall; several existing two-story townhouses have also been extended with an added floor. As such, it is likely that the new structure at 2044 North Carlisle would also stand three stories high.

Every aforementioned new building and extension rose over the course of the past decade. This is due to the tendency of Temple University, which sits just a block east, driving real estate development through adjacent neighborhoods in all directions. The district, economically distressed for much of the postwar period, has turned into a fertile area for real estate growth since the turn of the millennium, awash in development sites to house the ever-growing student body. It is highly likely that the new project at 2044 North Carlisle Street would also be geared toward university students; however, the site is also convenient for Center City commuters, since the nearby Susquehanna-Dauphin station offers a 15-minute ride to City Hall.