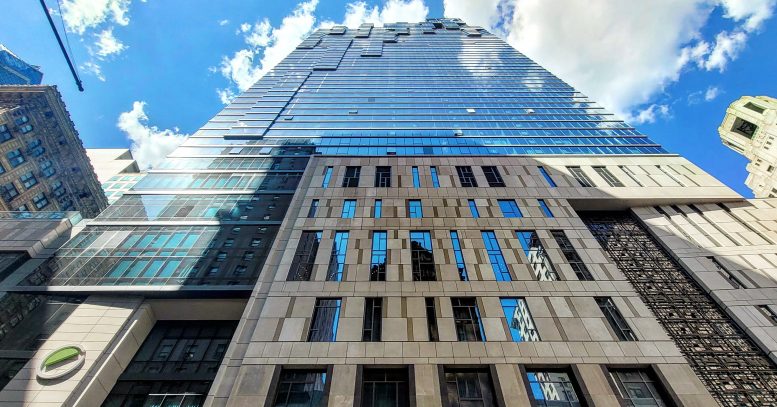 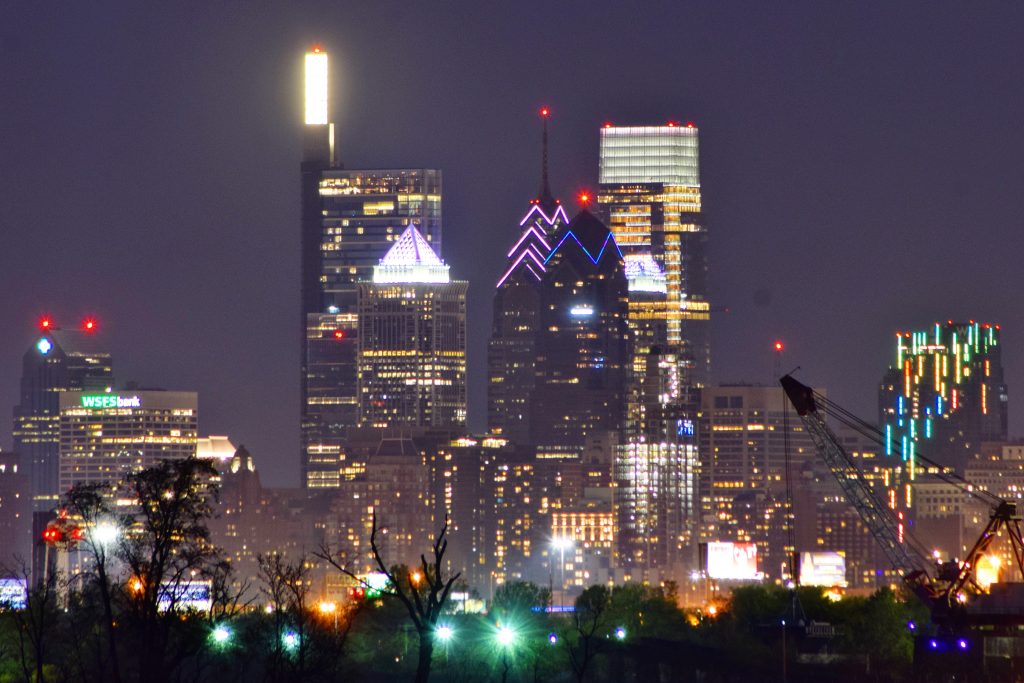 One Liberty Place and the W/Element Hotel lit up from New Jersey. Photo by Thomas Koloski 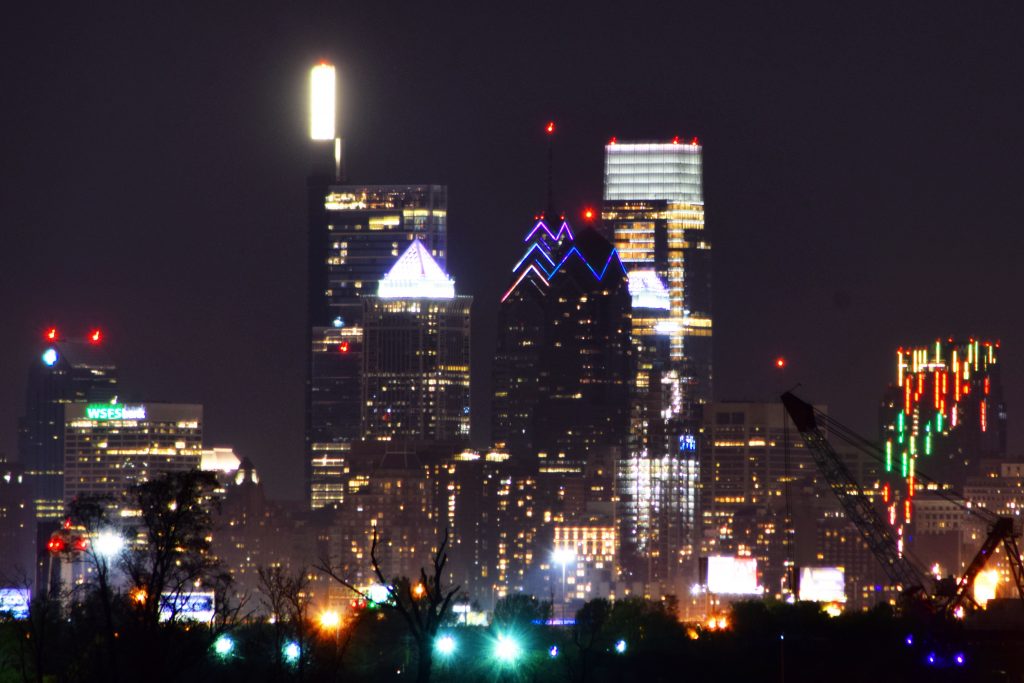 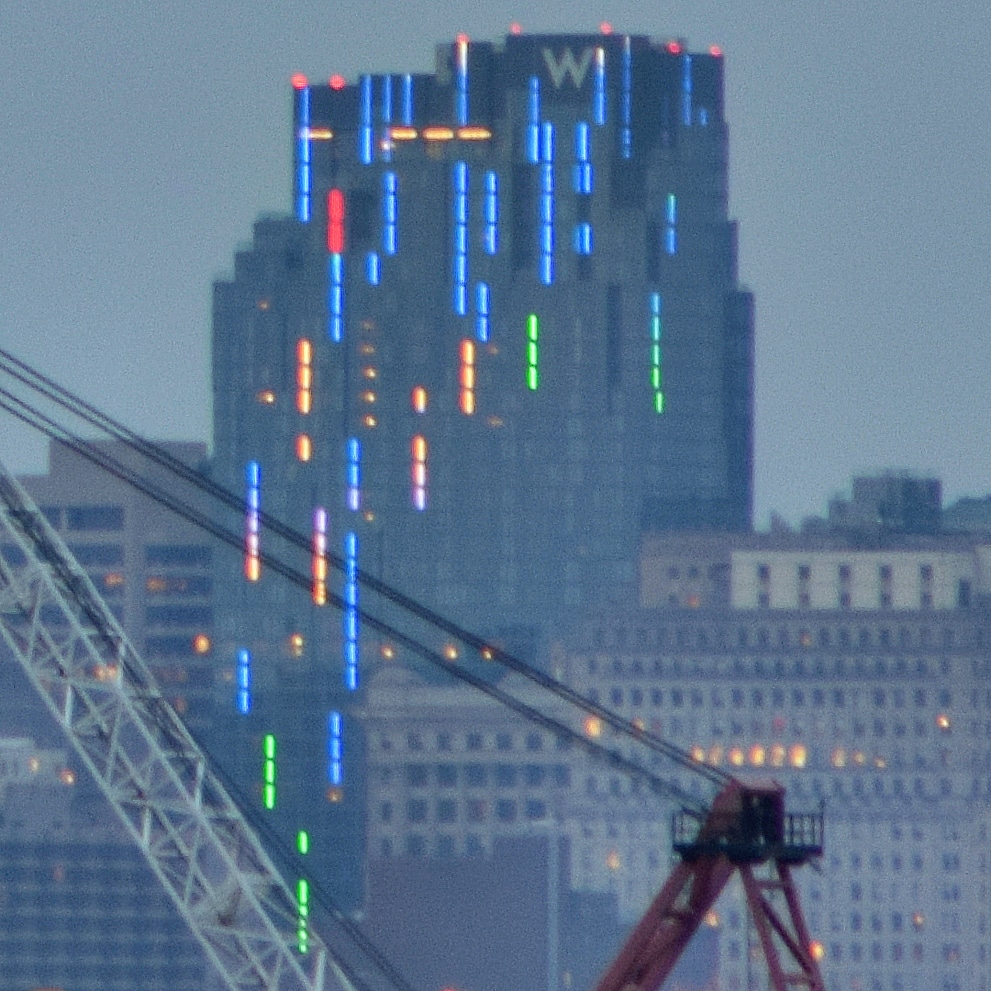 In the previous update, decorative nighttime lighting was switched on for the first time while displaying mostly white lights. The white lights started dim, then became more brighter and stayed on for a few seconds, then completely turning off to cycle again. Red and blue lights were also visible during the first viewing. But during the second viewing, more strips were lit up, each simultaneously changing colors between white, blue, green, and red.

Now, the programming of the lighting system appears even more sophisticated, as the lights seemingly randomly showcase all colors in a new cycle that makes the building pop even more with its updated display. The lights also change in a upwards and downwards motion to show the next color, where they also have the capability to become dim and display animations. 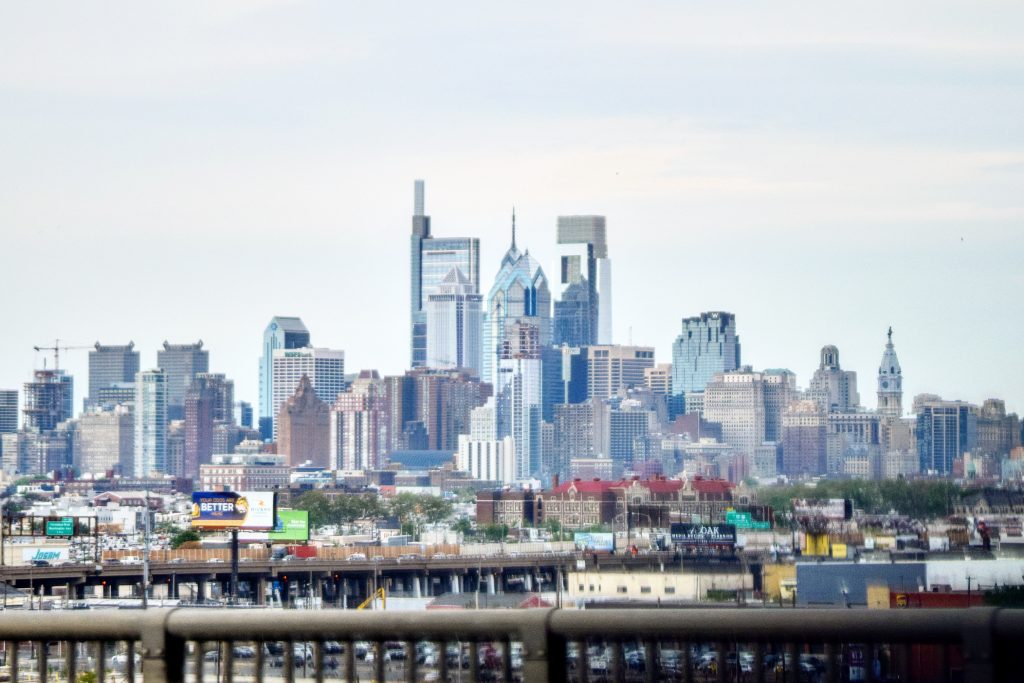 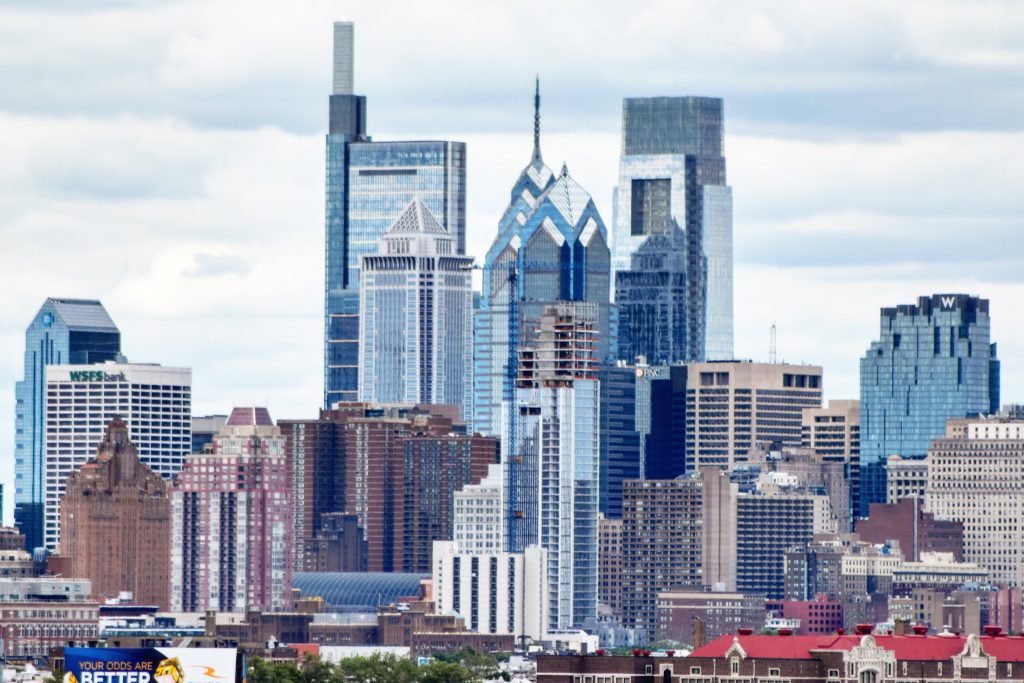 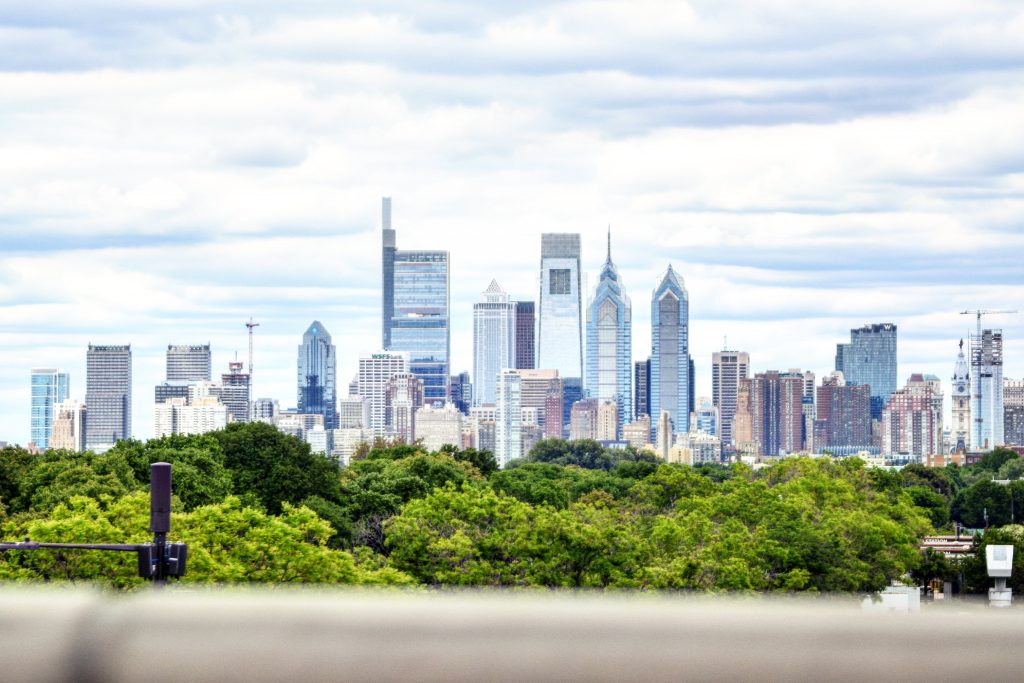 W/Element Hotel (right) in the Philadelphia skyline from I-95 South. Photo by Thomas Koloski 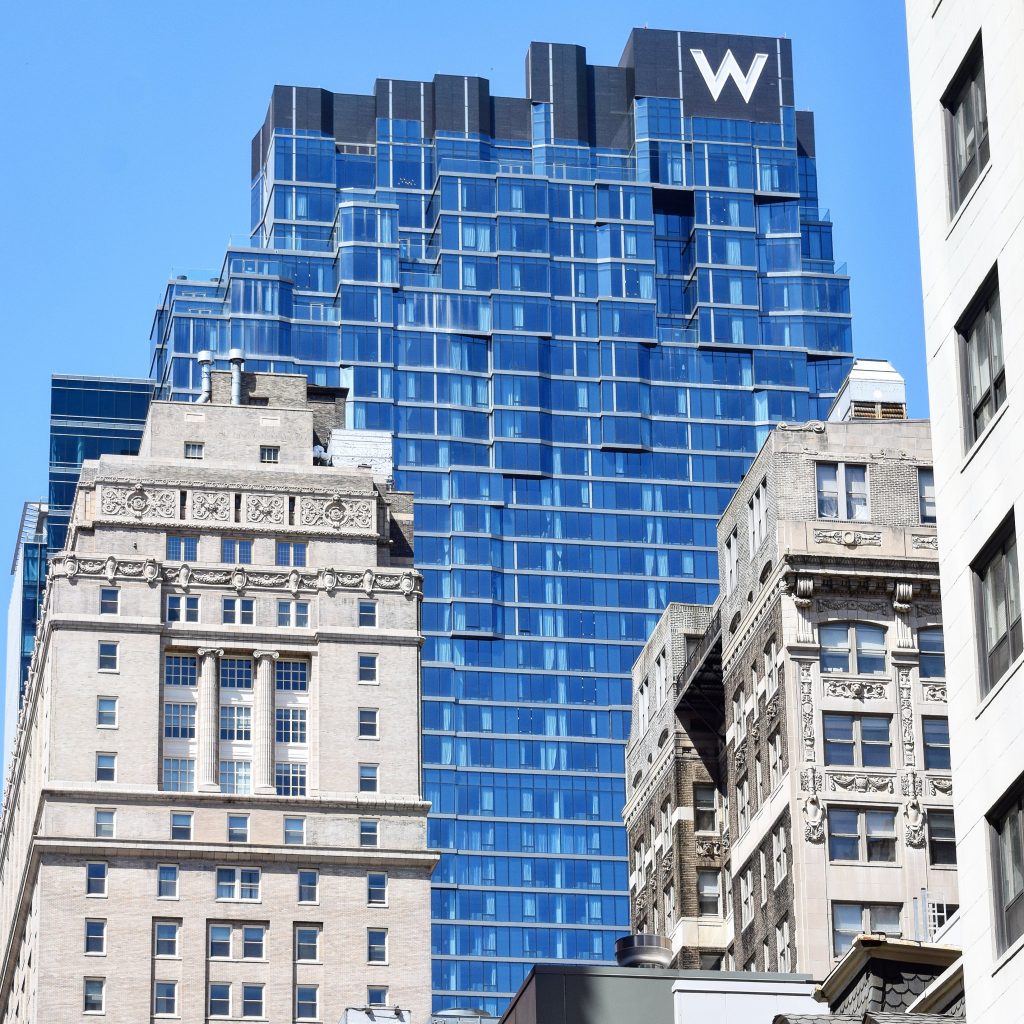 The interior work is just about complete, with interior lighting for the W Hotel nearly finished with lights installed on the 52nd floor. The lighting also appears finished on the floors that are shared by both hotels. 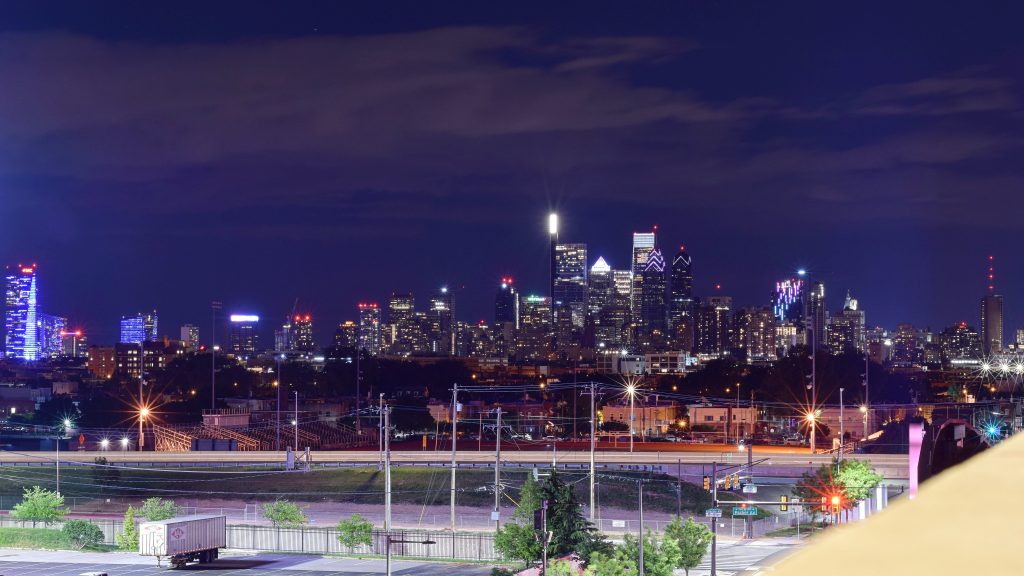 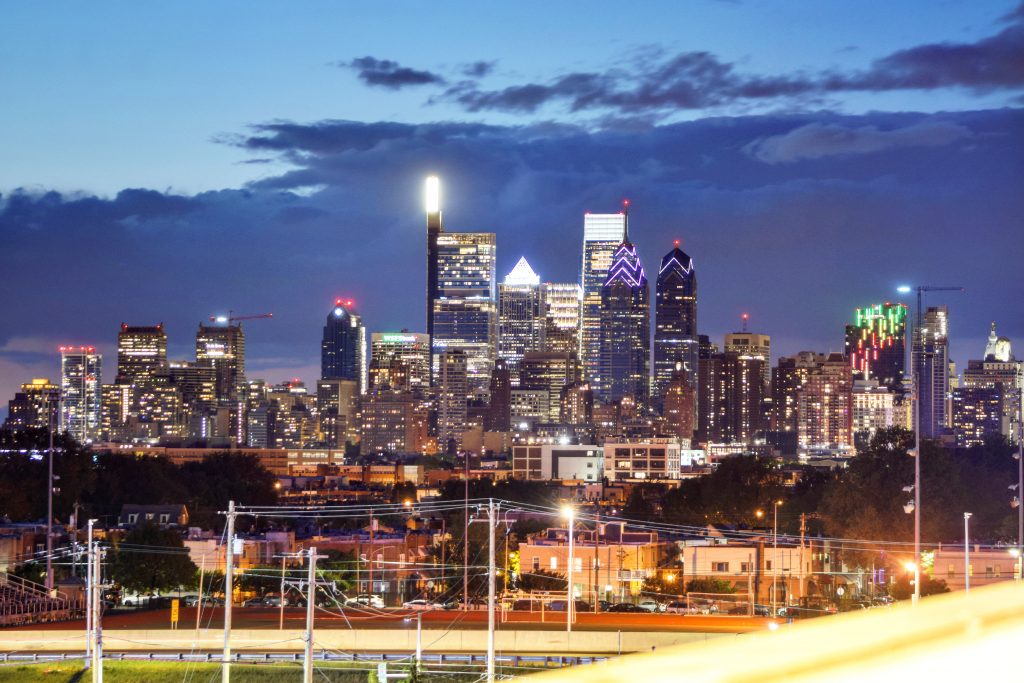 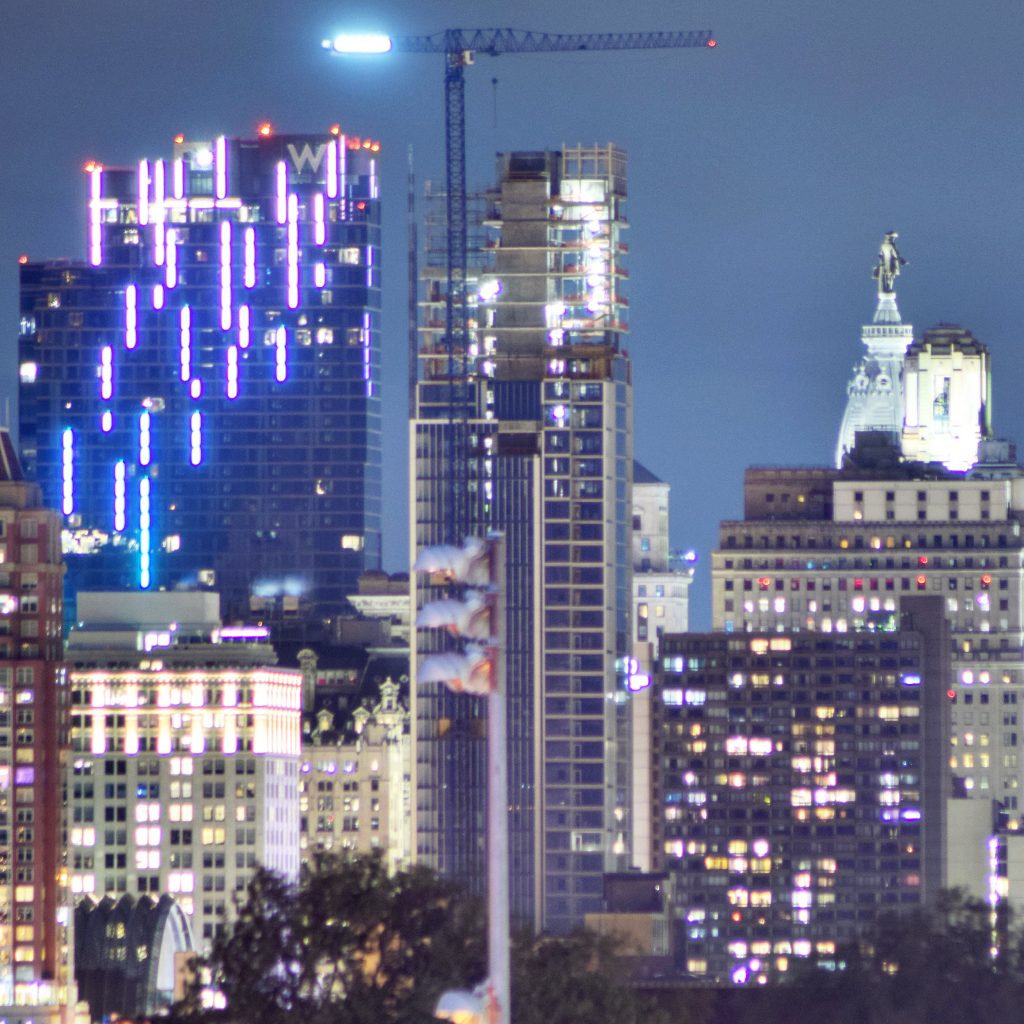 The Element Hotel opens today, while the W Hotel is planned to open in July.