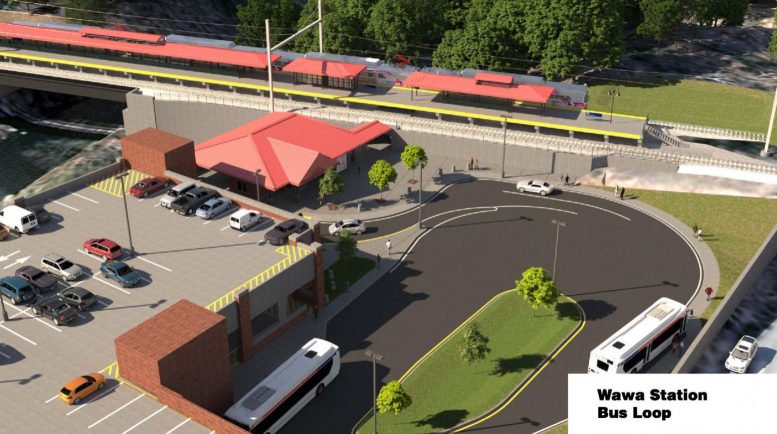 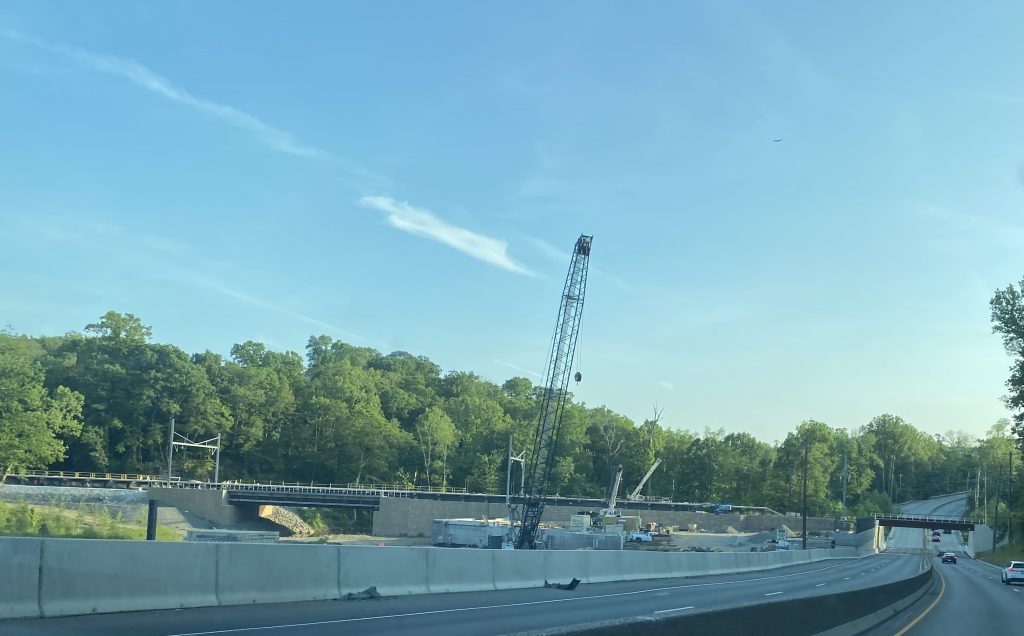 As noted in previous updates, track laying has been in progress for many months now, a telltale sign of the project’s nearing completion. However, less progress had been made at the actual location of the station building and parking facility. But there is now significant visible progress there, too. 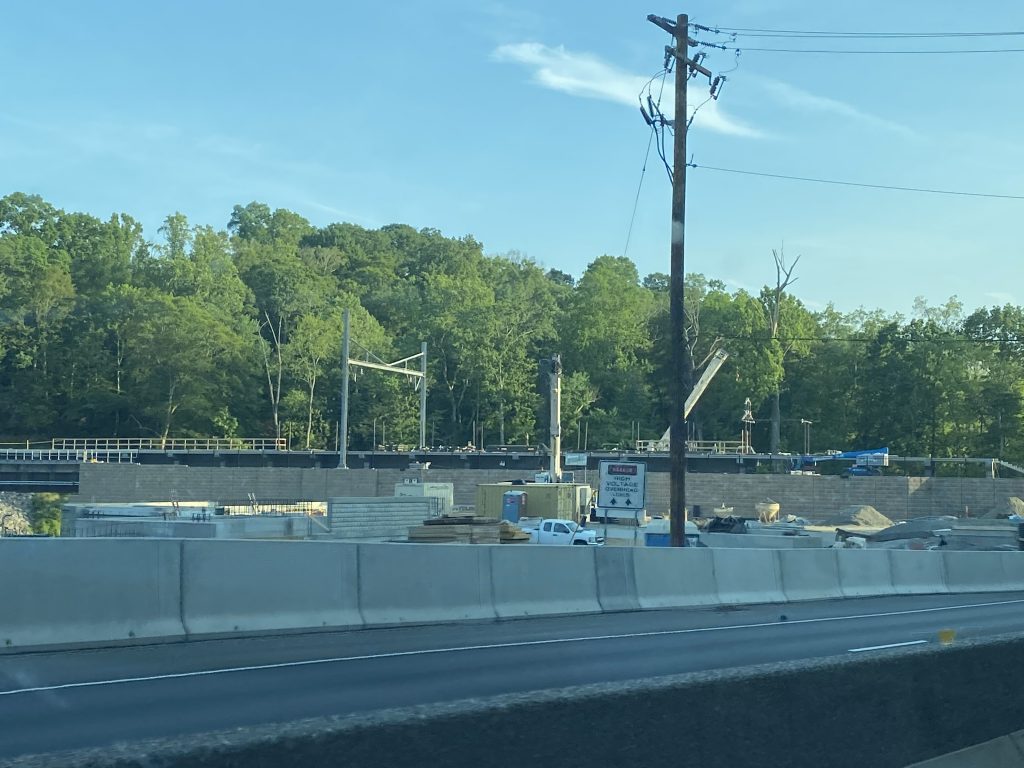 In previous updates, the most notable addition made to the facility was the addition of a commuter tunnel that runs under the tracks to the island platform. Now, much more progress is visible on the station facilities. The foundations for the island platform have been construct showing the platform’s full size which will be long enough to handle some of SEPTA’s larger trains. Additionally, foundation work can also be seen where the future station building will be located, and steel and concrete has begun to rise out of the ground on the future parking deck structure.

While only a single station extension, this project represents a major step towards transit improvements in the Philadelphia region. The last major transit addition in the region was the Riverline construction in South Jersey in the early 2000s. Now, the Middletown station could be the first in a multi-phase development that may ultimately return Regional Rail service to West Chester. It also represents growth in the overall SEPTA system and shows that it is quite possible that the system could see additional growth in the near future.

The station is expected to reach completion later this year.

Construction Progresses at the Riddle Hospital Expansion in Media, PA