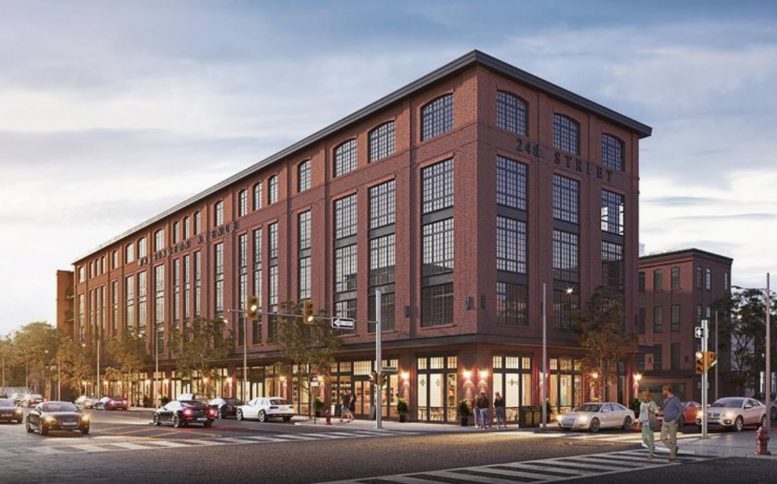 Permits have been issued for 2401 Washington Avenue, Building A, part of the Innovator Village development in Graduate Hospital, South Philadelphia. Upon completion, the development will rise four stories tall and will feature 28 residential units as well as a parking garage. In total, the building will hold 25,264 square feet of space, with construction costs estimated at $3.2 million. The building shares its address with Innovator Village, an under-construction development that brings 82 residential units to the area, many of which have already been sold. 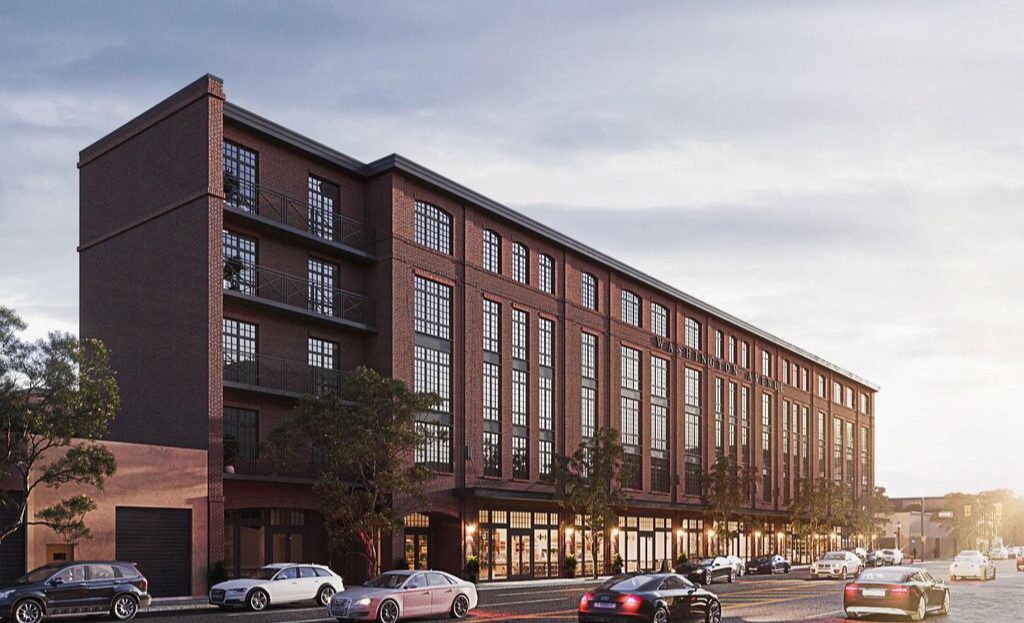 Renderings of Innovator Village showcase its attractive industrial design at a level of quality that is rare in new construction projects in the city. The façade is clad almost entirely in ornate brickwork and features arches and an attractive cornice. Massive, industrial-styled windows will span the exterior and add texture that allows for it to stand out. The design takes note of Washington Avenue’s historic past while also adding a modern touch to the growing corridor.

The above image shows the location of Building A on the site plan of Innovator Village and demonstrates that the building is in a separate and distinct location from the rest of the development. While the rest of the development is located at the portion of the property bordering 24th Street and Washington Avenue, it appears that the structure at hand will wrap around a gas station that is situated at the corner and will instead extend to 25th Street. Although the entire project is replacing a large vacant lot, this particular portion of the site is an area with a number of trees. 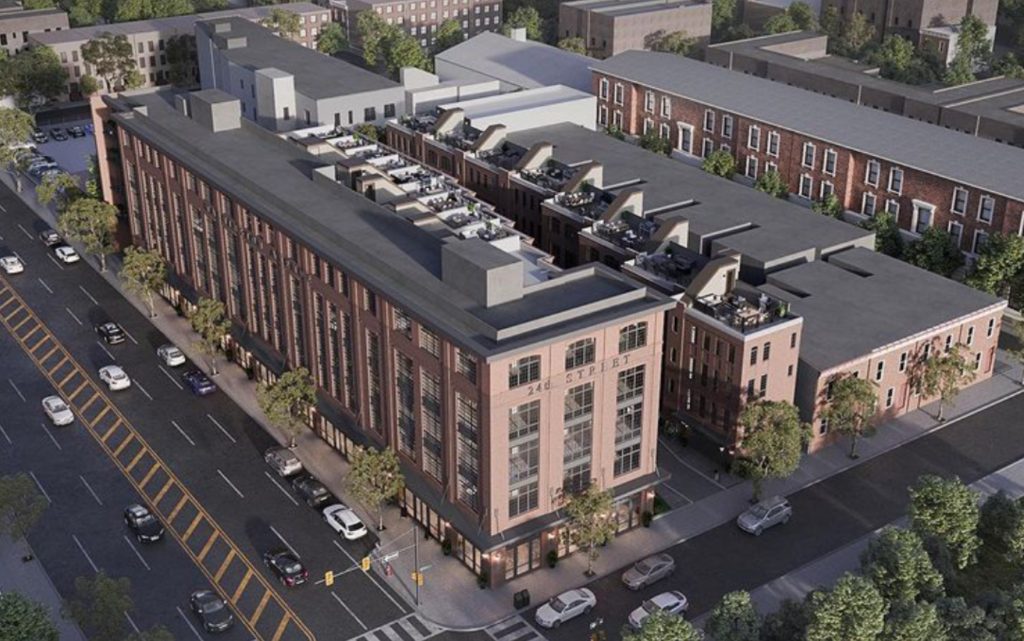 The new building will bring further density to a block that is already seeing a high volume of new construction. The addition of 28 residential units will be a boost to the surrounding area and will contribute to its limited housing stock availability.

Philly YIMBY will continue to track the development’s progress.