Arthaus and The Laurel in the skyline from the I-95. Photo by Thomas Koloski

The image of Philadelphia is constantly changing as the skyline continues to expand. Every year, more developments are being proposed and starting construction, at a rapid pace the city has not seen in a long time. Though the proposals are not as major as the Liberty Place towers in mass and design, the newest additions are still making a mark on the Philadelphia skyline from many angles. One of the best skyline perspectives in the city is available from the Interstate 95, a highway runs along the Delaware River from Northeast Philadelphia all the way down to the Commodore Barry Bridge to the south and beyond. Today we look at some of the most significant projects under construction in the city from the interstate. 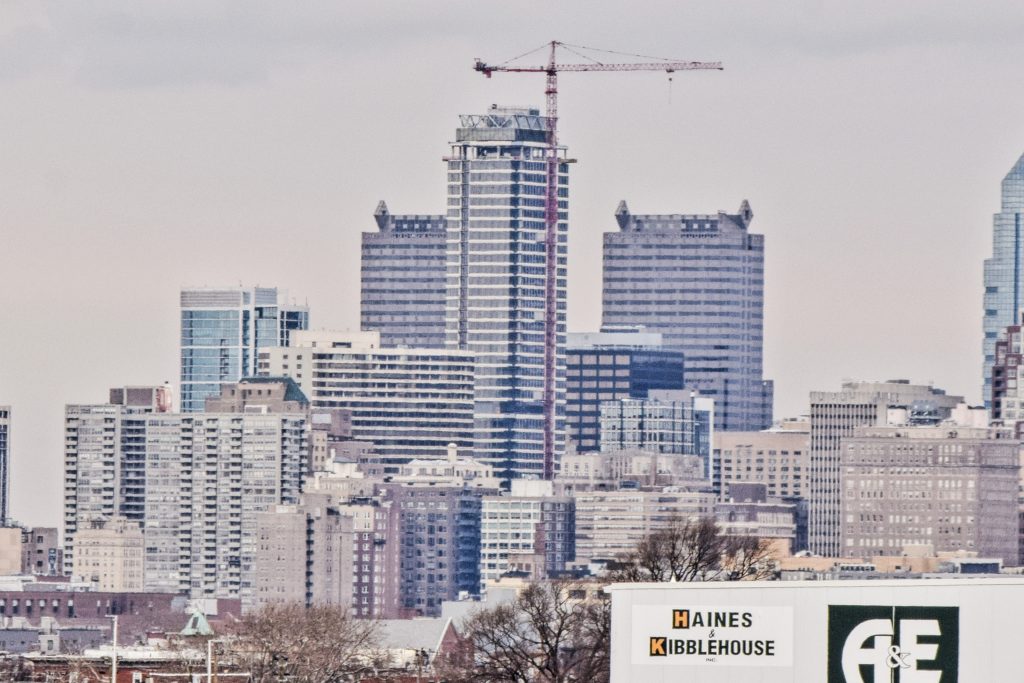 The Laurel Rittenhouse from the I-95. Photo by Thomas Koloski

The tallest building under construction, The Laurel Rittenhouse, was designed by Solomon Cordwell Buenz and developed by Southern Land Company. The tower stands 604 feet and 48 floors tall, making a huge impact on the cityscape. The mixed rental and condominium tower started construction in 2019 and had topped out in December 2021, with steel forming a cross-braced parapet. The tower crane is still attached to the east side of the building, as the facade is wrapping installation. The highest floor just under the roof and a level of the crown are the only sections that are left to be clad. 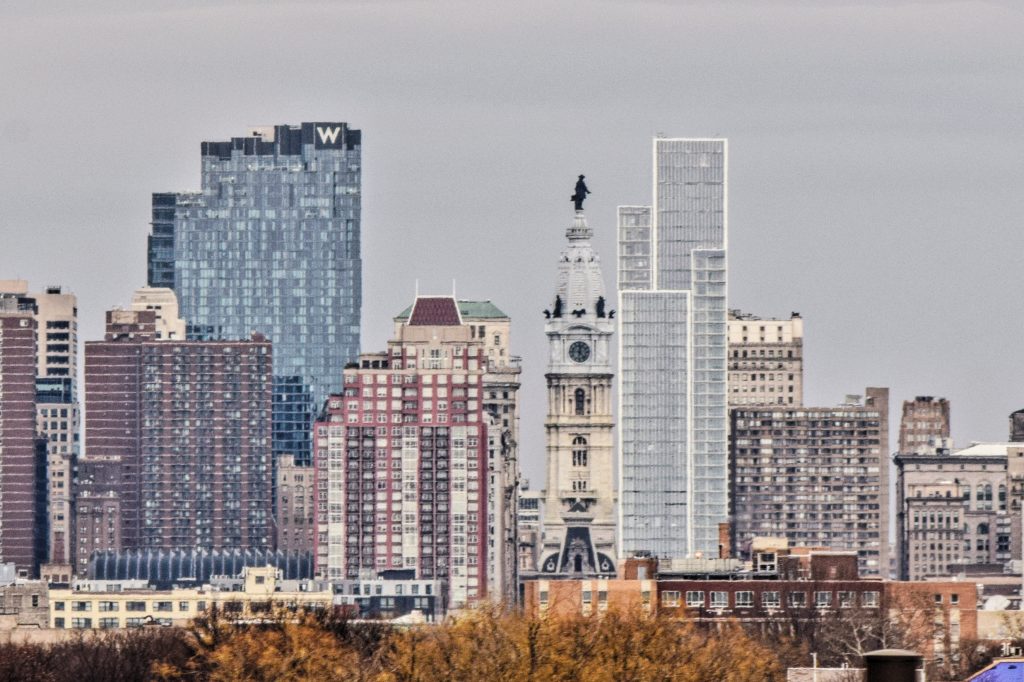 Arthaus from the I-95. Photo by Thomas Koloski

Revived back in 2019, the tower once planned as SLS International Hotel had since been renamed Arthaus, and the building itself also received a new look. The tower stands at a total height of 542 feet and 47 stories tall. The tower was rising above ground by the beginning of 2020, and had topped out June 2021. Shortly afterward, the facade reached the parapet and the interior was underway. Looking at the building from a distance, the tower looks completed despite the interior work and ground work being finalized.