A recent site visit by Philadelphia YIMBY has revealed that renovation and expansion work is well underway at a three-story, four-unit adaptive reuse mixed-use development at 1772 North Front Street in Fishtown. The project is located at the southwest corner of North Front Street and West Montgomery Avenue, across from the Market-Frankford el. Designed by Lo Design, the project involves the renovation of the front portion of a three-story prewar rowhouse and partial demolition of its rear portion, which is being upgraded with a new extension. The project will span 7,505 feet, of which 725 will be a new addition, and will feature commercial space facing Front Street. Permits list Black Dog Developers LLC as the owner, TBC LLC as the contractor, and a construction cost of $1 million. 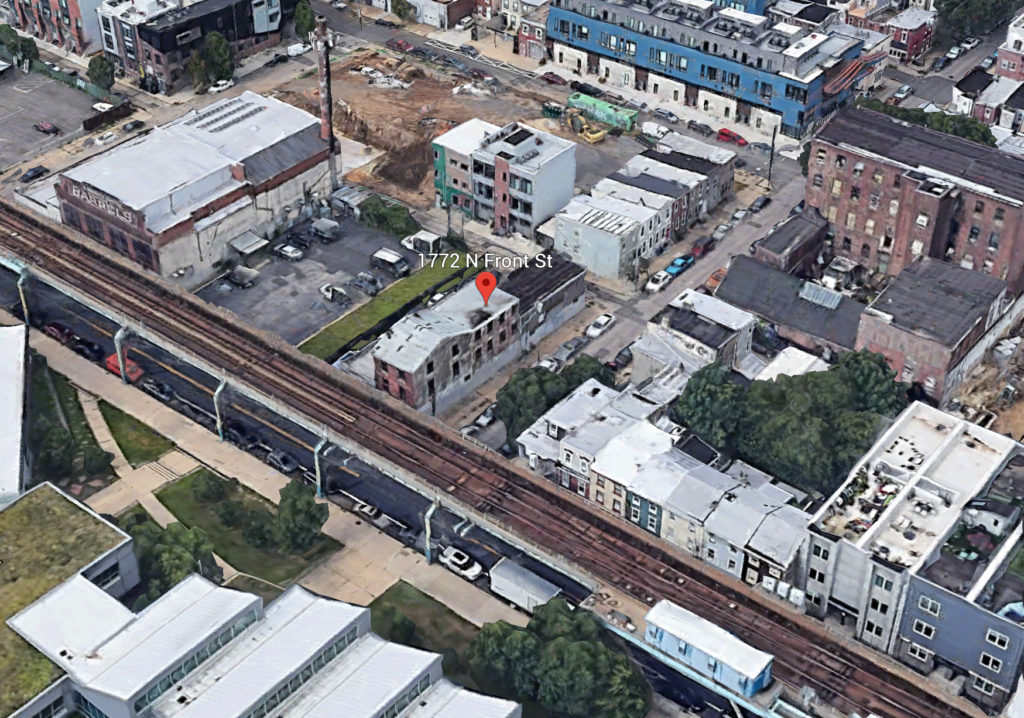 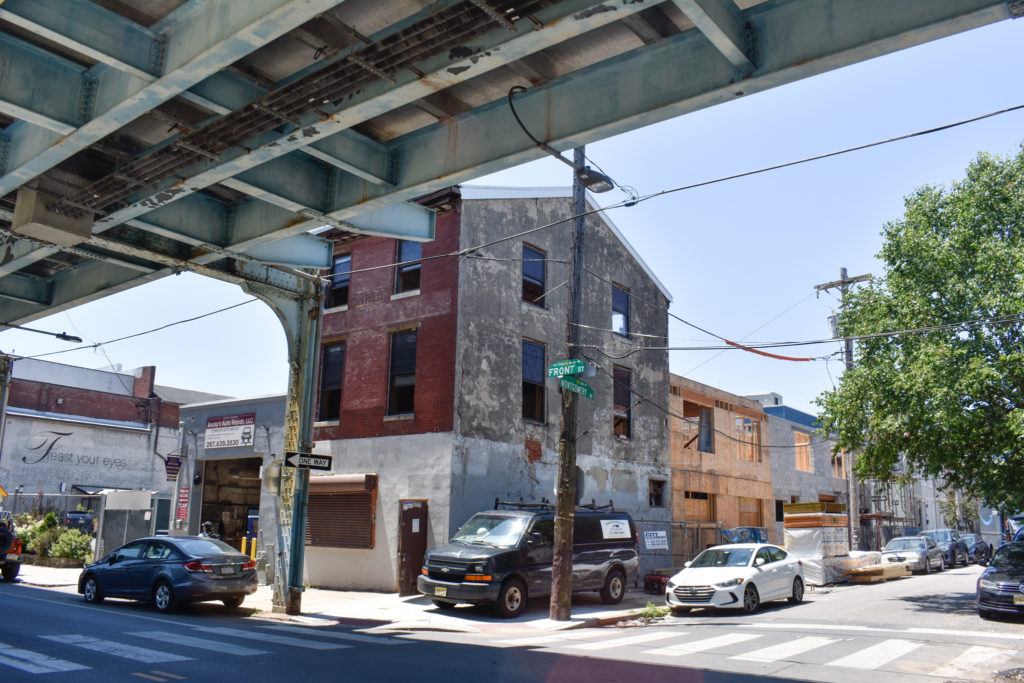 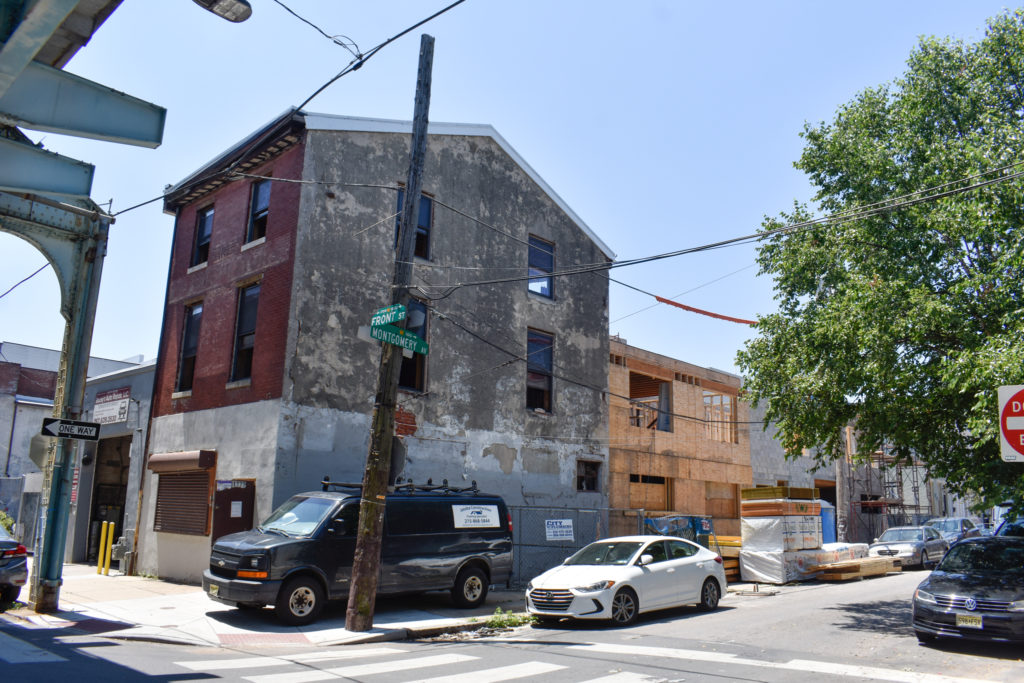 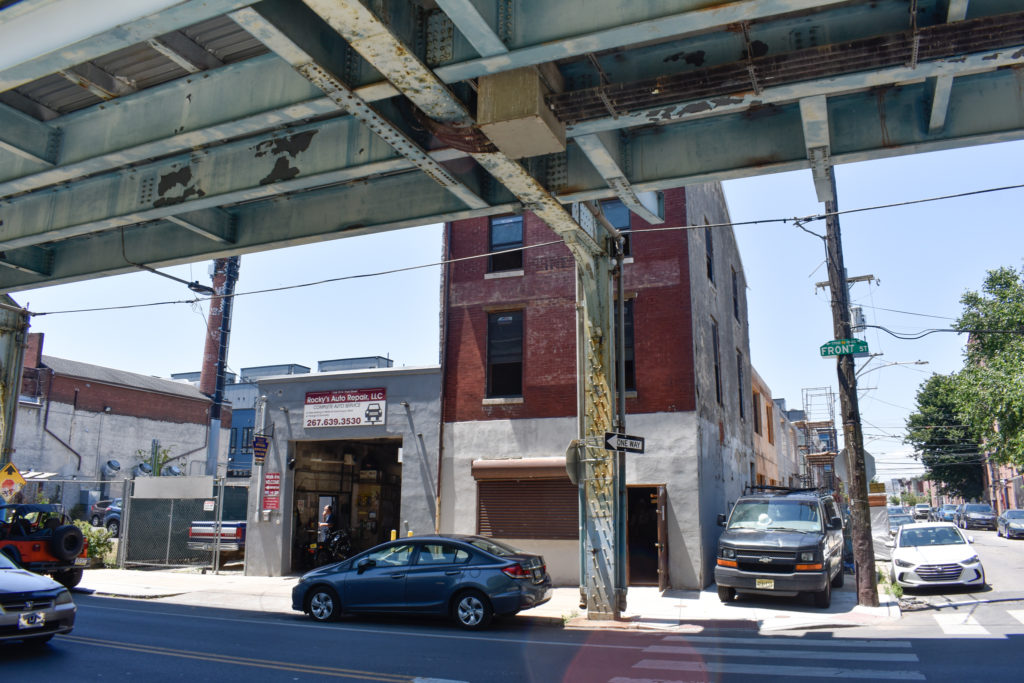 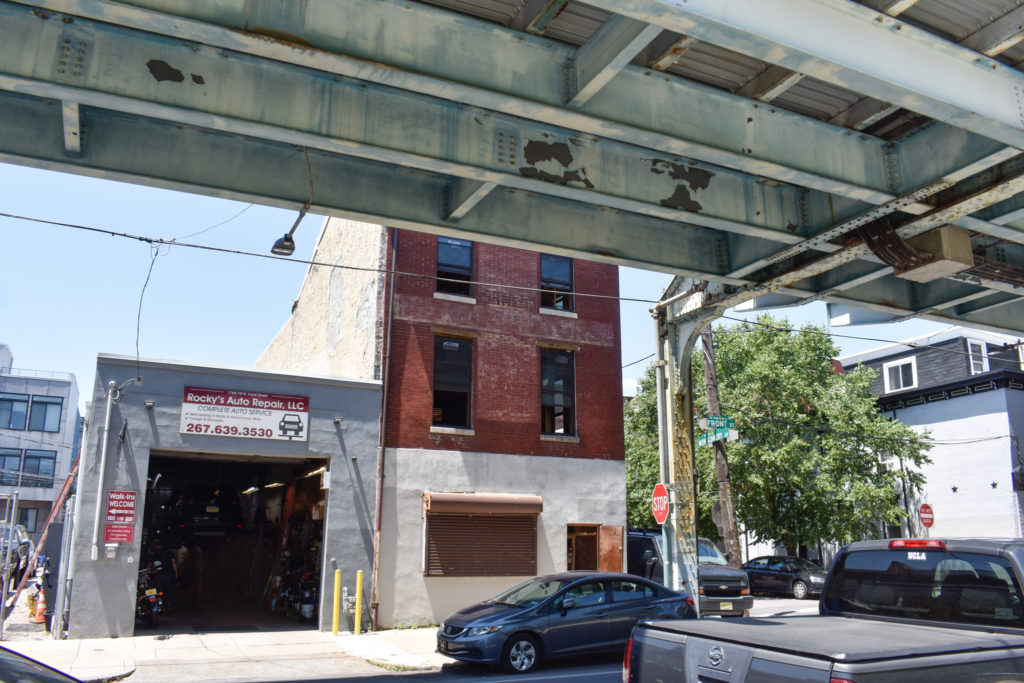 The development preserves the most attractive portion of the original building, a red-brick pitched-roof structure characteristic of the local vernacular. The rear renovation and addition takes on a more contemporary look that nevertheless channels the spirit of the original, boasting a partial brick facade with large gridded windows and a top level with diagonally sloped roofs.

The permit figures, which indicate that most of the original structure will be preserved, are difficult to reconcile with what we observed at the site visit, where it appears that most of the rear wing has been town down and replaced with new plywood and masonry construction, which currently rises two stories high. Incidentally, when viewed from the south, the brick party wall along the lot line appears to have been preserved in its entirety, and has likely been incorporated into the new ground-up construction noted above.

But even it the rear wing has indeed been largely demolished, it is of little concern to us. Despite its prewar vintage, this portion of the building was a rather featureless, windowed box, and its soot-stained stucco facade was an eyesore in recent years. The same can be said about the humdrum, CMU-clad warehouse that comprised the western portion of the site, which also appears to have been gutted and replaced with new construction, and its front wall has apparently been preserved and integrated into the new development. 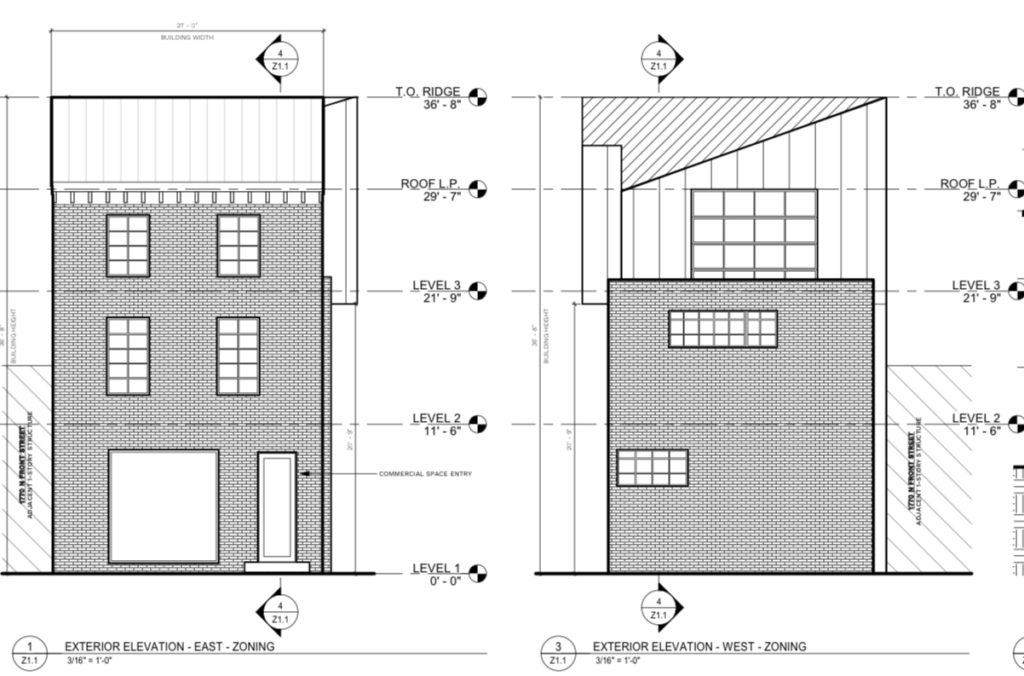 Philly YIMBY encourages both new development as well as preservation of prewar buildings, unless they are either entirely dilapidated or are without any notable redeeming architectural or historic qualities. As such, projects such as 1772 North Front Street represent a positive direction for new development throughout the city, as it combines preservation and adaprive reuse of certain prewar structures or their elements, while expanding the site and boosting its density with attractive new construction.