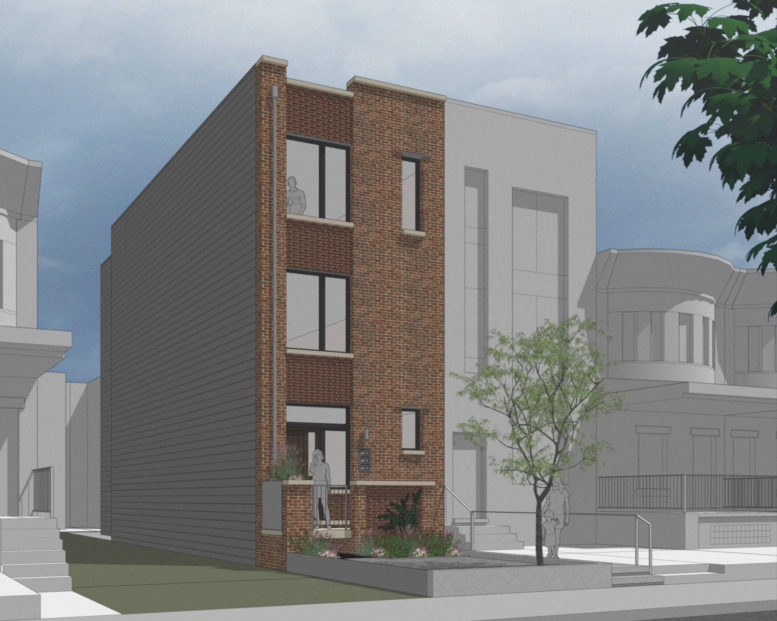 Permits have been issued for the construction of a multi-family building at 5813 Cedar Avenue in Cobbs Creek, West Philadelphia. Designed by RKM Architects, the new building will rise three stories tall, with three residential units inside. Each of these units is expected to be an apartment according to the permit. 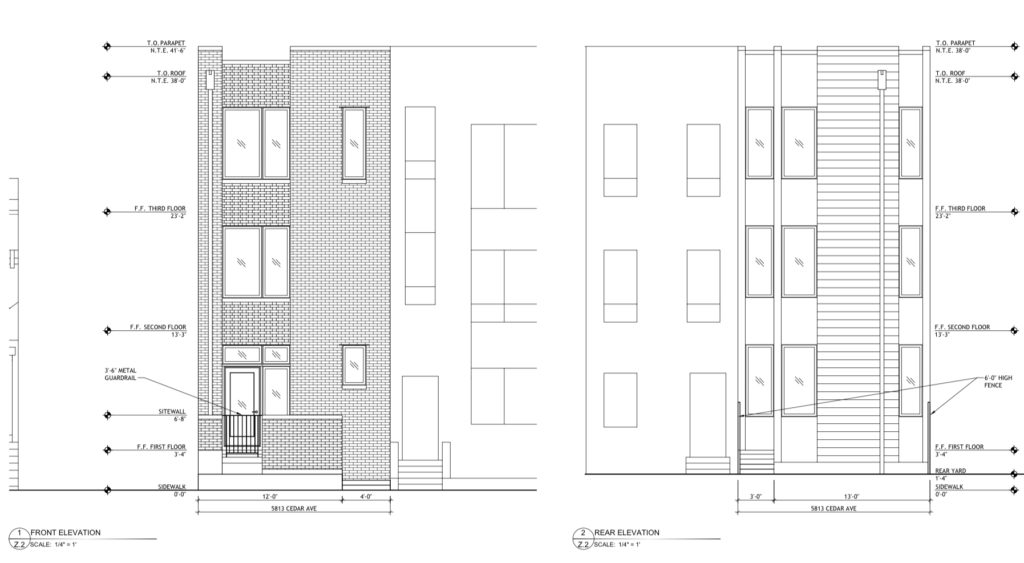 The new building will feature a modern exterior that is unlike other existing structures in the neighborhood, so it will add some diversity from a design standpoint. Brown brick will cover nearly the entire front facade, rising the structure’s full three stories while red brick will be located between windows in a narrow vertical row that occupies roughly one-third of the building’s width. Renderings also show some greenery planted in front of the building, as well as a small porch space that will serve as a nicer entryway. 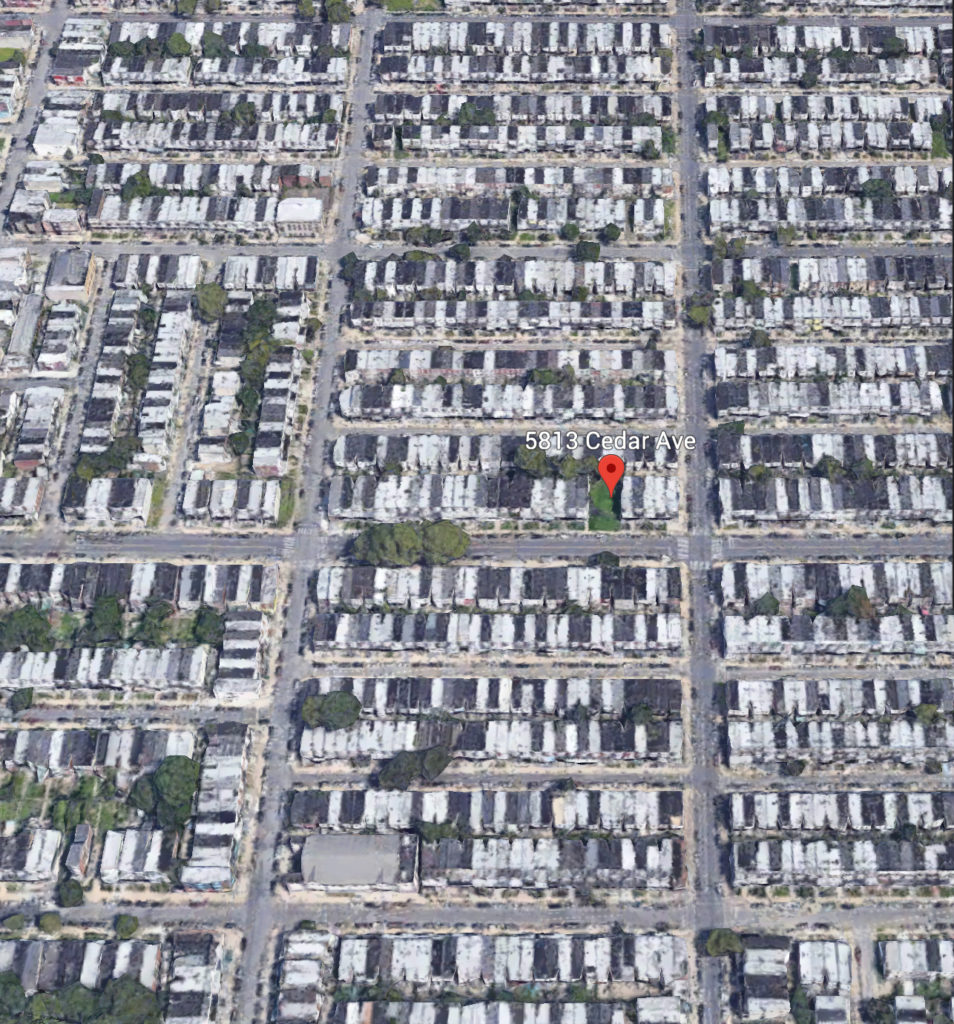 The new building will be replacing a vacant lot, one of a very few in the surrounding area. While the this property was formerly part of a larger group of unused parcels, the lot directly to the property’s east was turned over for a new multi-family building, as well. This structure features a similar exterior, with tan brick also used on this building.

Overall, the new building will be a fantastic improvement for the property, removing one of the few gaps in an otherwise generally intact neighborhood. The structure’s residential space will increase the neighborhood’s density, a process that should hopefully continue moving forward. Added residents make transit offerings more practical and encourage improvements, increases walkability within areas, and sustains countless businesses. Returning residential density to Philadelphia’s vacant land parcels should be a major goal moving forward for such benefits.

Be the first to comment on "Permits Issued for 5813 Cedar Avenue in Cobbs Creek, West Philadelphia"