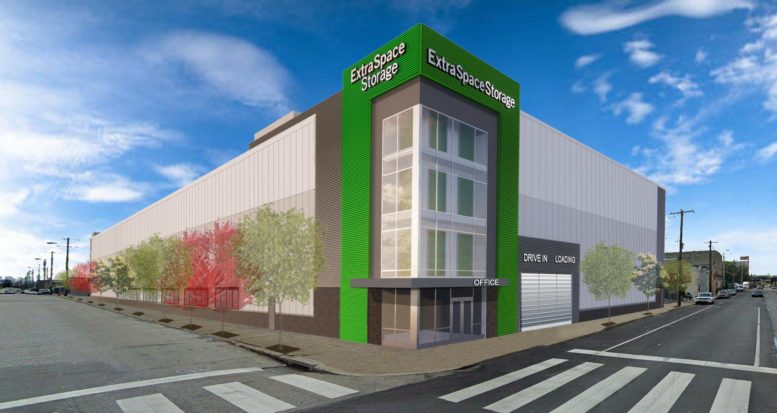 Earlier this year, M & B Y B L I I submitted a document package to City Design Review for appraisal of a four-story self-storage facility at 2258 East Tioga Street in Port Richmond, Kensington. The L-shaped structure will replace a large vacant site at the western corner of the intersection of Tioga and Tulip streets, with its primary frontage stretching along Tulip. 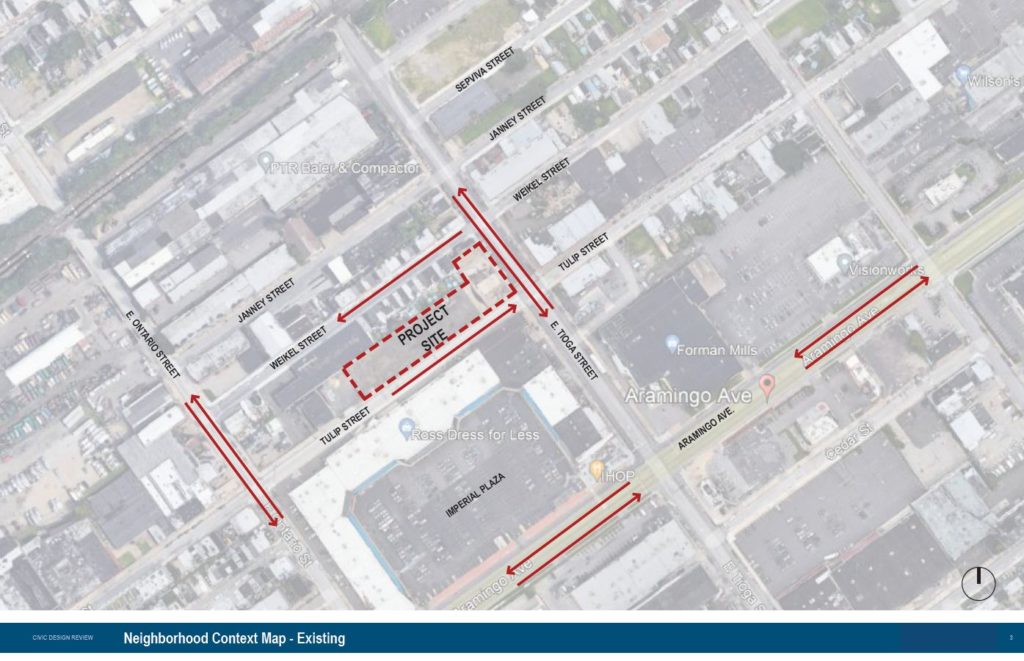 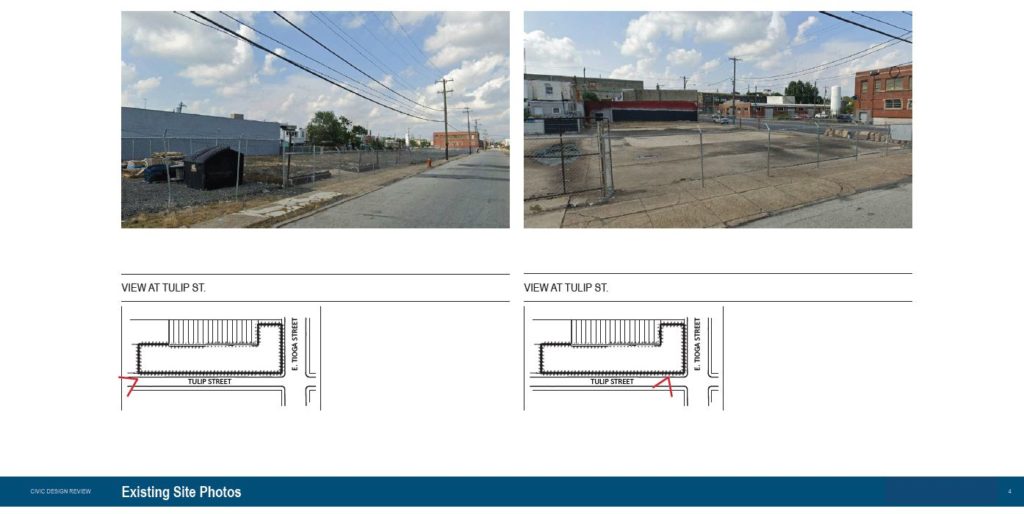 The hulking structure will rise around 50 feet high to the parapet, looming not only over the street, but also over adjacent rowhouses to the north. The roughly five-story-high wall will plunge into shadow more than a dozen backyards (which, according to aerial imagery, appear to feature quite a few above-ground swimming pools) for most of the year, except for late afternoons. Of course, YIMBY understands that urban residents cannot take unobstructed sunlight for granted, given the nature of urban development, but the prospect of a sheer, nearly windowless, siding-clad wall rising right next to their outdoor space is particularly dismal.

A redeeming feature of the design is that it is not as garish as many self-storage facilities tend to be. The centerpiece at the corner, comprised of floor-to-ceiling windows surrounded with a lime-green frame, is reasonably attractive, at least for the typology. The rest of the facade is clad in light gray panels that are relatively unobtrusive, especially compared to loud, garish colors often utilized, for whichever bizarre reason, in other self-storage facilities.

Uninteresting as the concept may be, self-storage facilities serve an important function in modern society, and multi-story buildings of the kind make for much more effective land use than their sprawling single-level, semi-outdoor counterparts. However, let it not be said that YIMBY thoughtlessly champions any and all development just for its own sake.

Despite its location across from the shopping mall strip along Aramingo Avenue to the southeast, the nigh-windowless behemoth planned for a rowhouse-adjacent site is not only an unwelcome intrusion aesthetically, but also squanders a site arguably better suited for a residential or a mixed-use development, which would not be out-of-place as a large residential project is currently proposed at 2201 East Tioga Street just a few short blocks to the northwest.

Hopefully, in the future Aramingo Avenue will be redeveloped as a tree-lined, transit- and pedestrian-friendly urban corridor with high-density mixed-use buildings on either site. At such a time, perhaps the future storage facility at 2258 East Tioga Street would also be redeveloped as a multi-unit residential project worthy of the site.

Be the first to comment on "Self-Storage Facility Proposed at 2258 East Tioga Street in Port Richmond, Kensington"