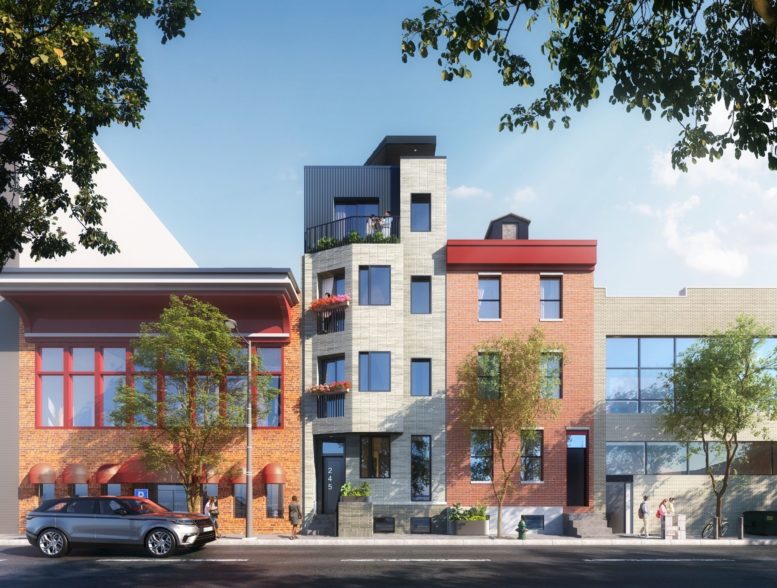 A recent site visit by Philly YIMBY has revealed that construction has apparently topped out at the four-story, six-unit building at 245 North 12th Street in Chinatown, Center City. Designed by Coscia Moos Architecture and developed by R+M Development Partners, with the Tester Construction Group as the contractor, the project rises from a 1,776-square-foot footprint and holds 7,661 square feet. The roof deck promises to offer dramatic views of the skyline, given the structure’s relative prominence. Features will also include full sprinkling, six off-site parking spaces, and space for seven bicycles. Construction costs are specified at $1 million. 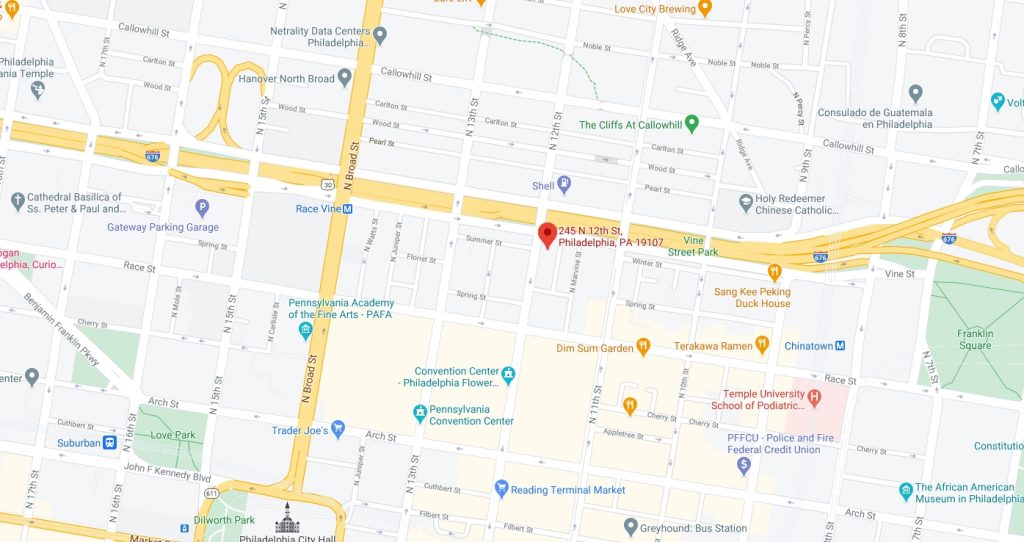 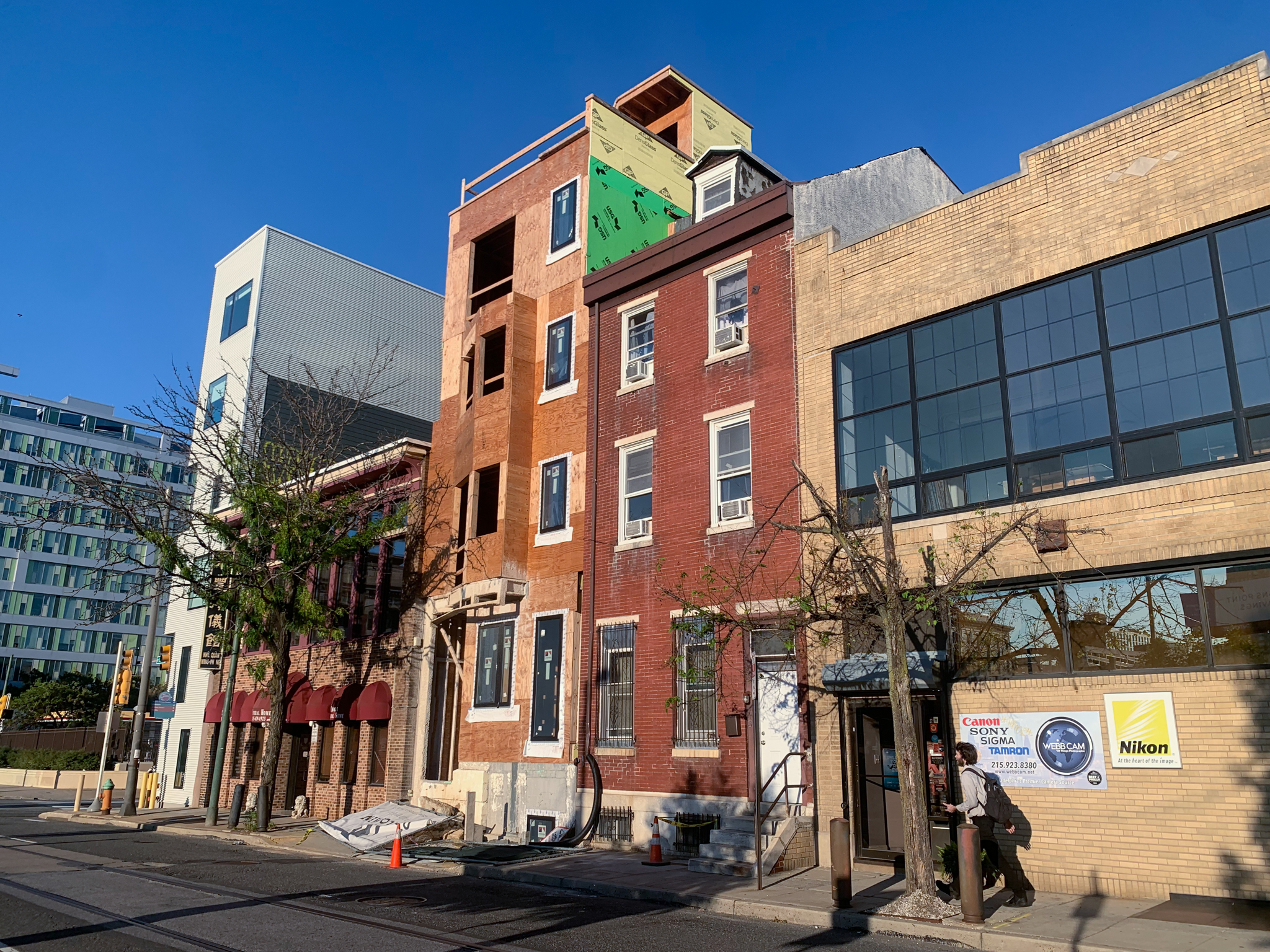 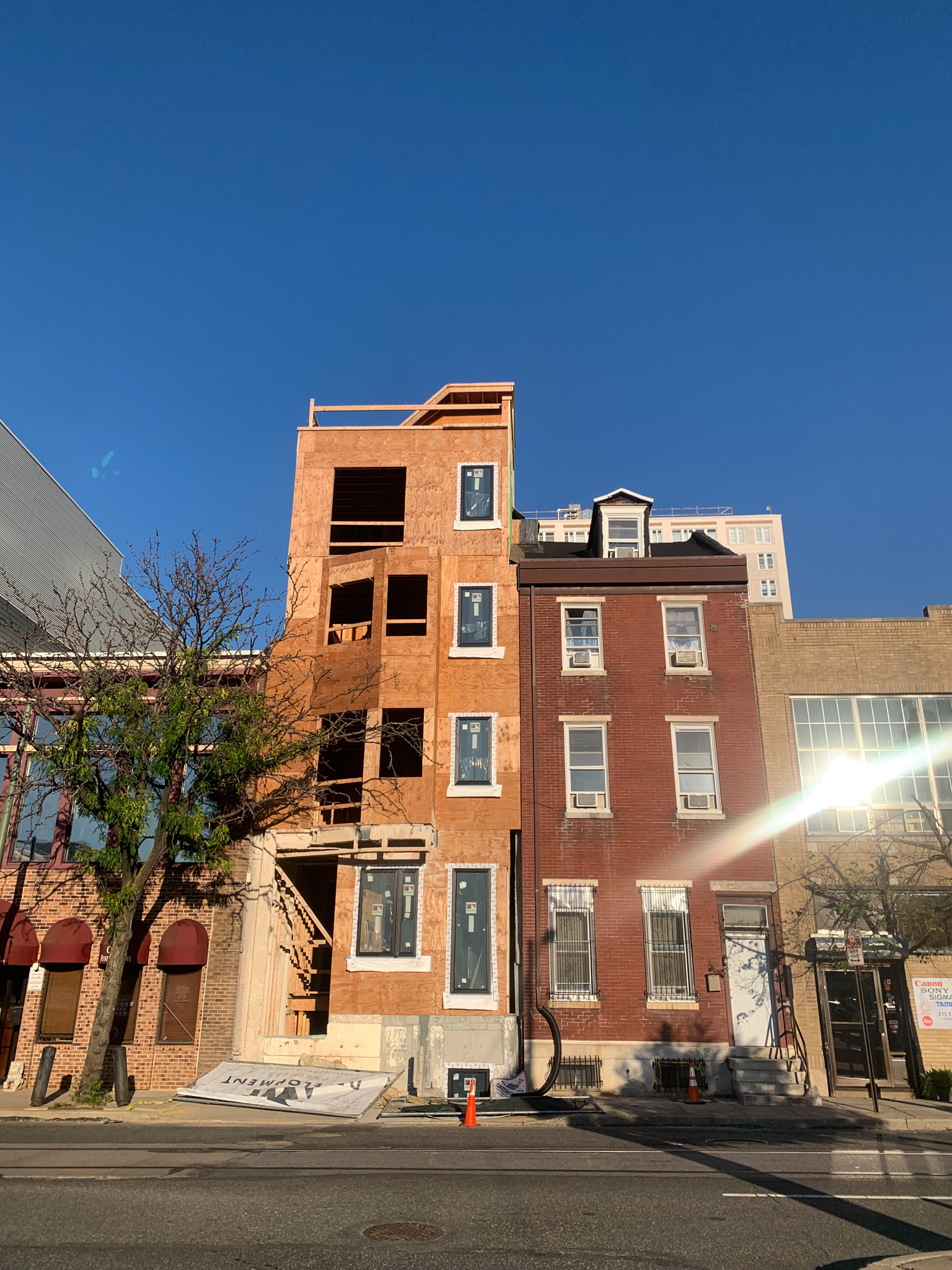 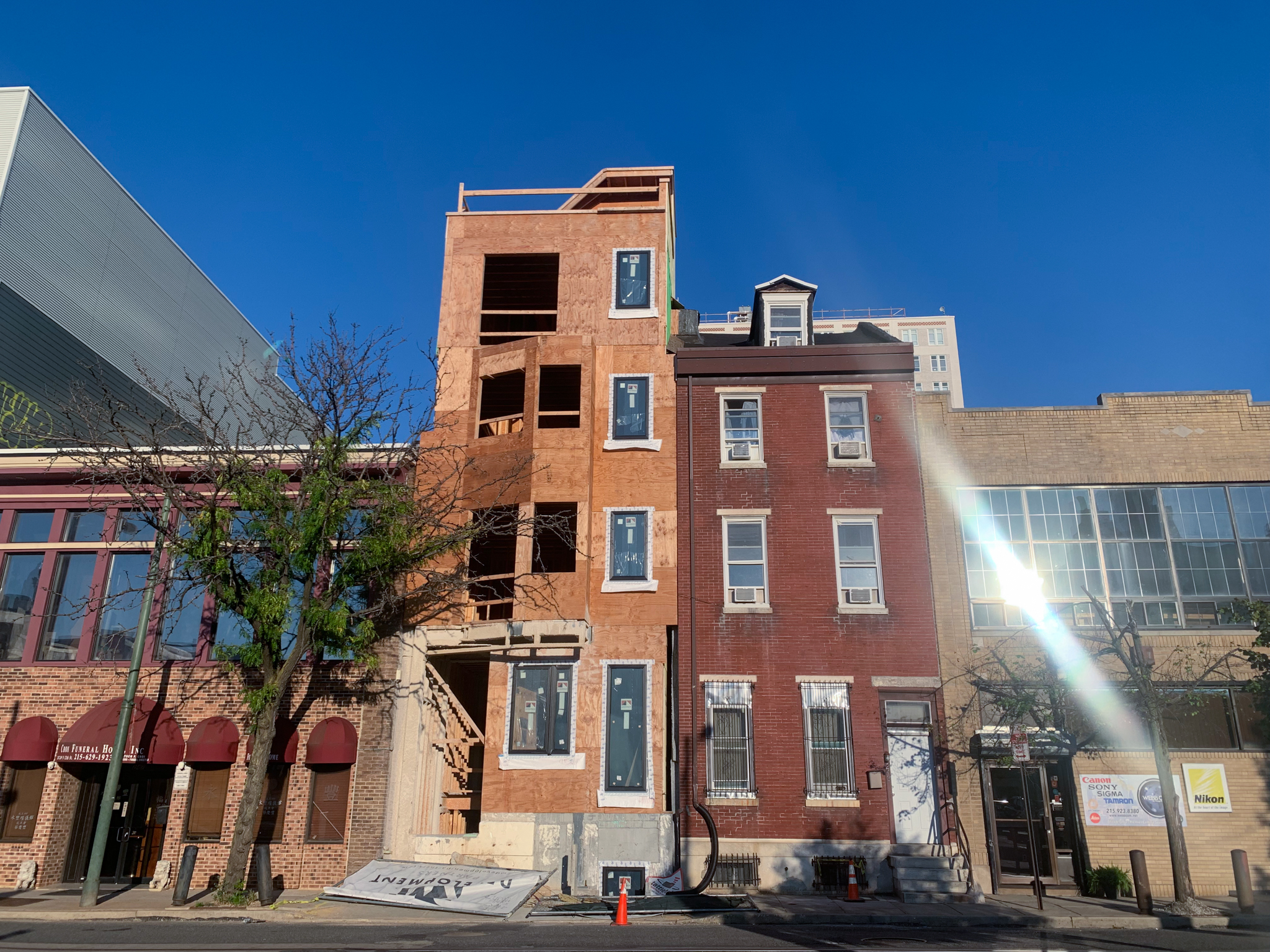 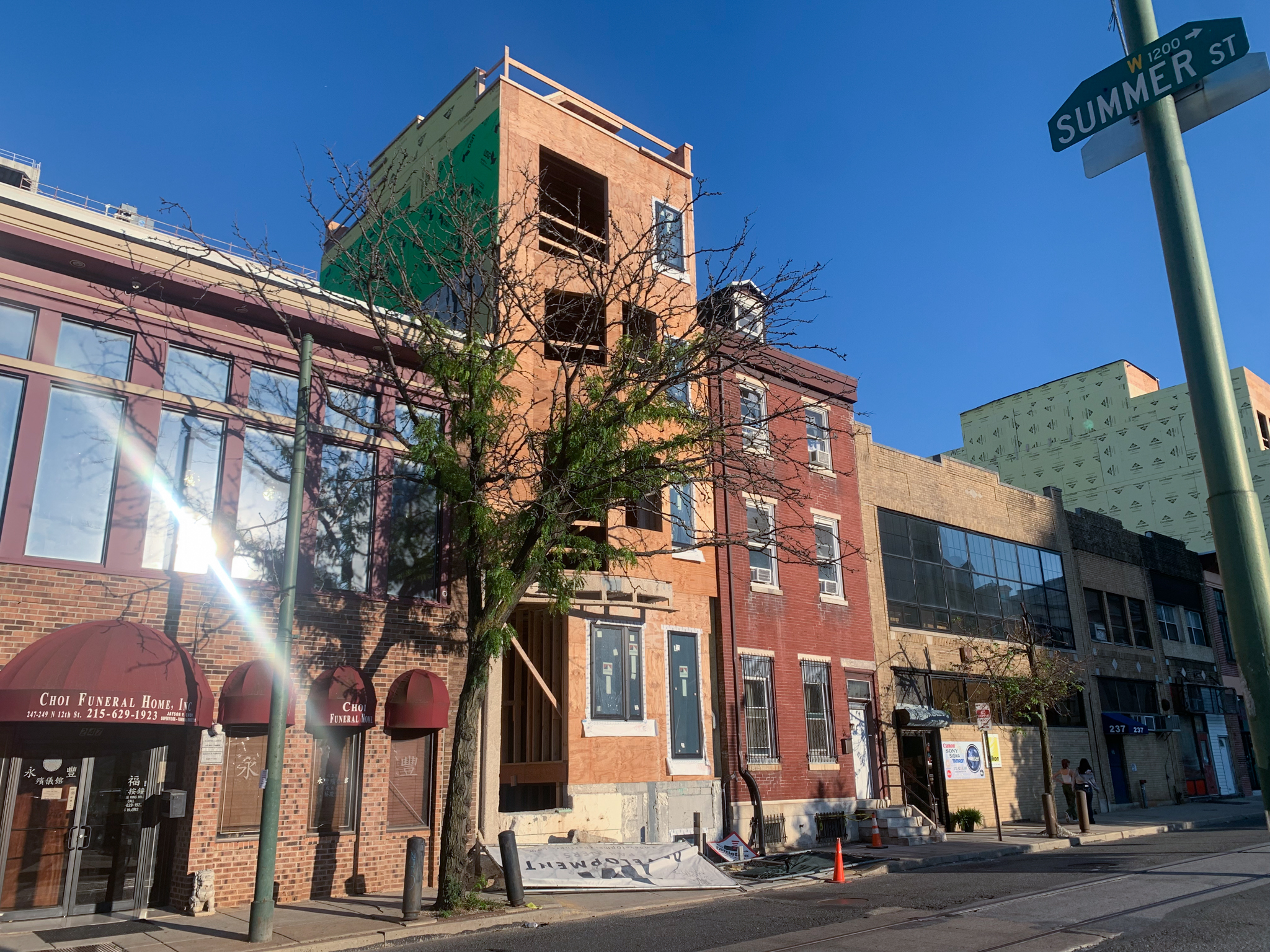 In June we reported that permits were issued for the site, which consisted of a parking lot at the time. Our later site visit last December revealed that, since that time, the lot has been excavated and a single-story-deep concrete foundation has been poured, and currently awaits assembly of the superstructure.

The building rises in the western section of Chinatown, also known as the Convention Center District due to its proximity to the latter. The area is home to numerous parking lots, which are likely to become a development hot spot in the near future, given its central location, transit adjacency, and a growing demand for Center City real estate. The same developer-architect-contractor team is currently working on another development at 225-27 North 12th Street on the same block. In addition, Parkway Corporation intends to develop a series of parking lots situated next door to the north and east, which would yield a much larger structure.

Development such as 245 North 12th Street adds much-needed density and housing stock to the western fringe of Chinatown without disrupting its fine-grained, small-footprint, pedestrian-friendly urban fabric. We hope to see more similar projects in the vicinity in the near future.

2 Comments on "Construction Tops Out at 245 North 12th Street in Chinatown, Center City"