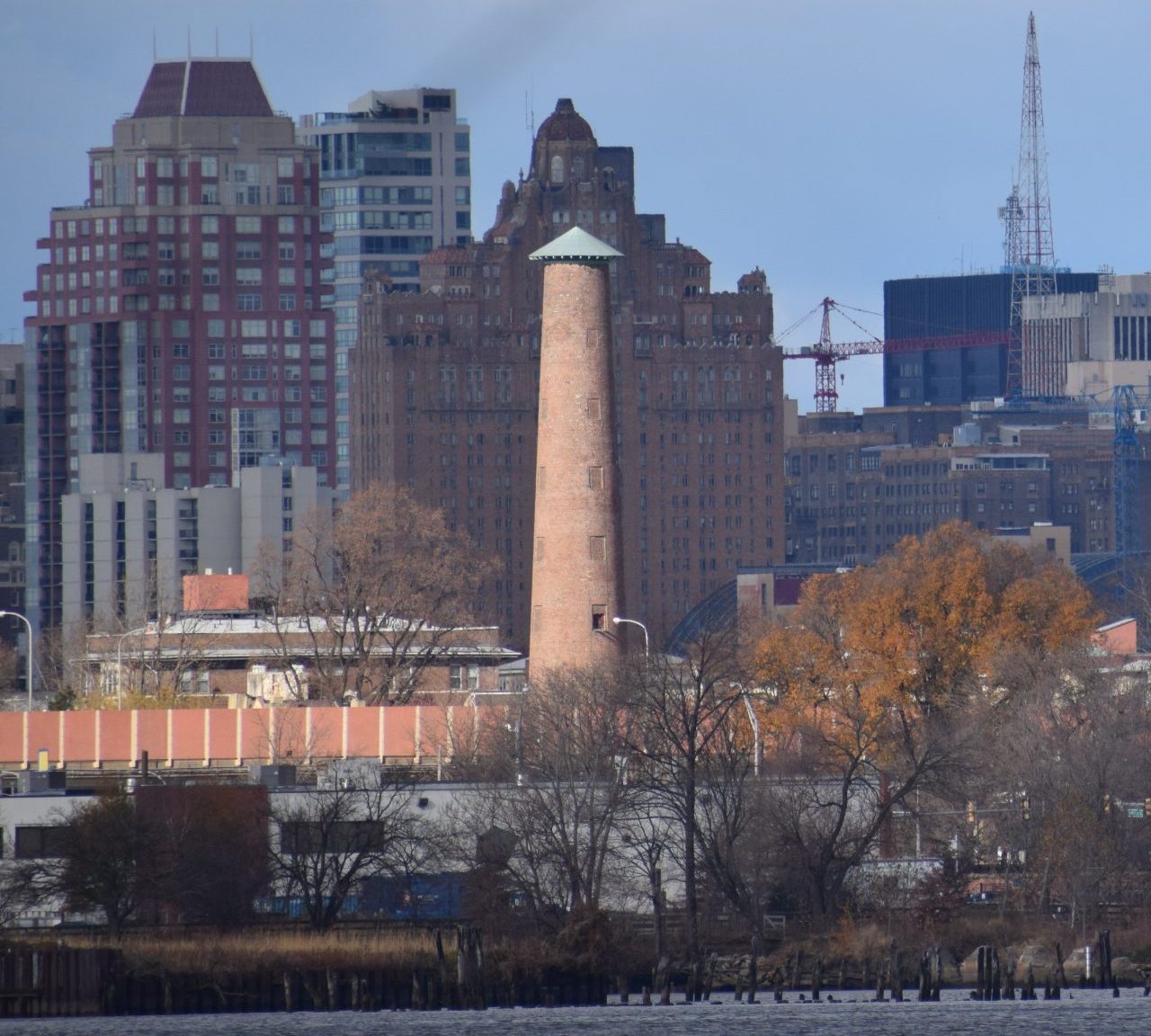 Philadelphia features numerous old structures with interesting styles of architecture. One of the city’s oldest tall structures is the Sparks Shot Tower, which started construction in 1807 and was completed on July 4, 1808 at 129-131 Carpenter Street in the neighborhood now known as Queen Village in South Philadelphia. The facility, which predates the Civil War by almost 60 years, was designed by Thomas Sparks and John Bishop, who originated the idea for shot towers. The 143-foot-tall structure, which forms a brick-clad cylinder that tapers to the top, still stands to this day.