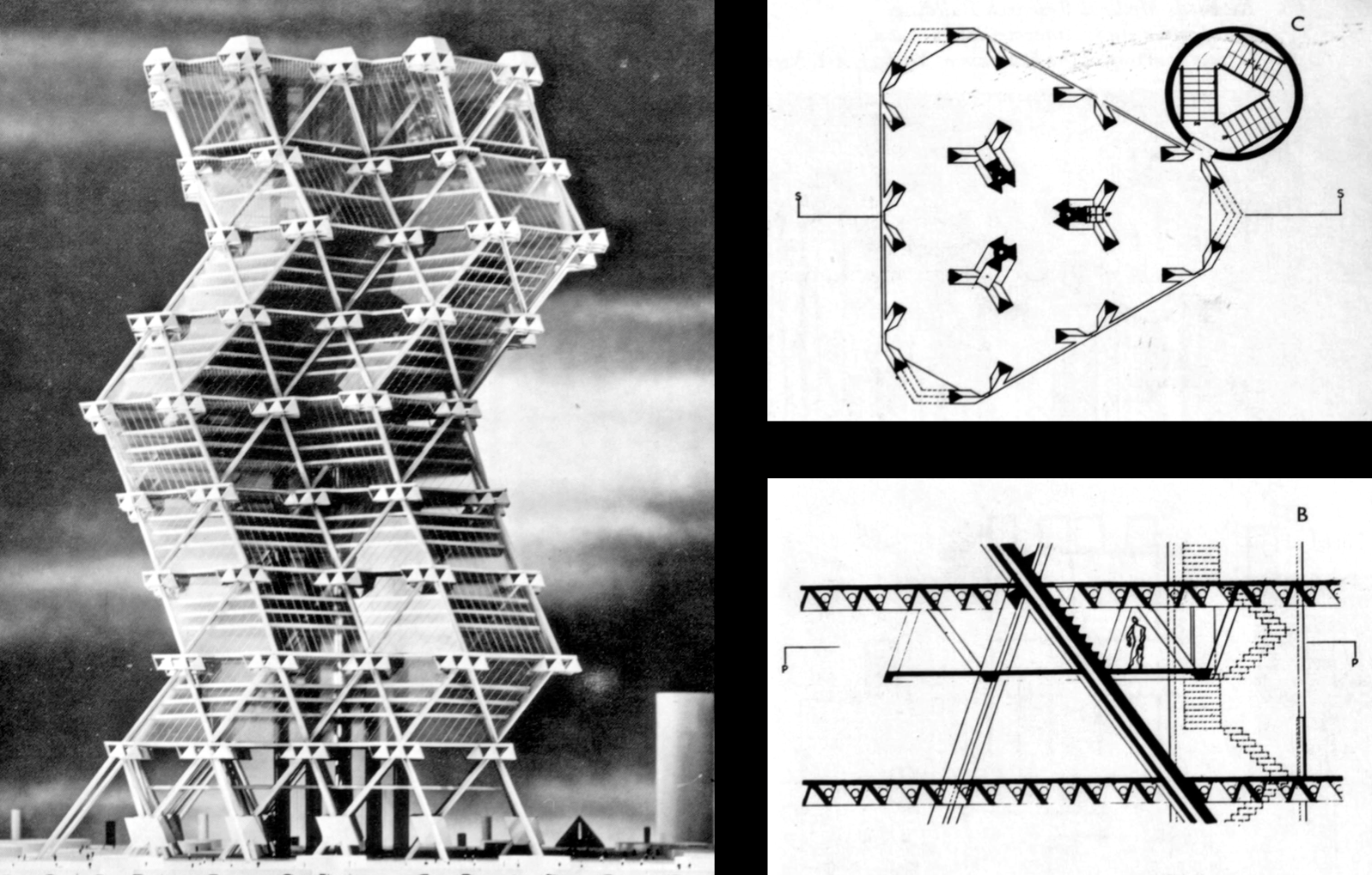 In the 1950s, Philadelphia was starting to see a rise in new  development as developers focused on Center City, particularly after the demolition of the “Chinese Wall” opened up a large swath of space from City Hall to the Schuylkill River. A wild proposal called the City Tower was revealed in the late 1950s at 1400 Arch Street, where the Philadelphia Municipal Services Building currently stands. The 30-story tower would have stood just to the north of City Hall. The tower was designed by Louis I. Kahn in a dramatic Futurist style, as the building’s design and form were way ahead of its time.