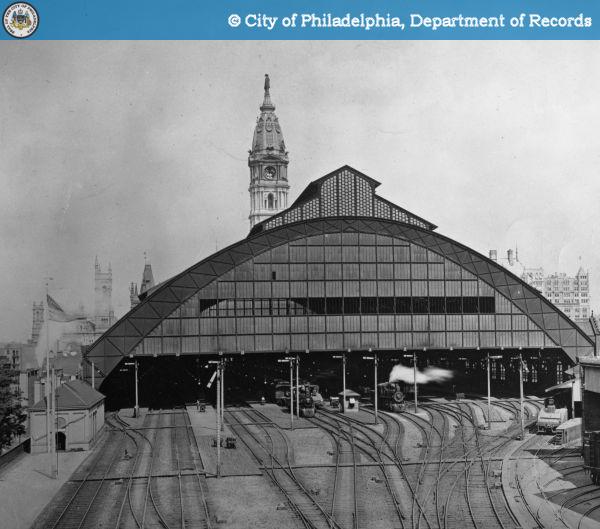 In the late 1800’s, ten city blocks in Center City were converted into an elevated railroad spur that serviced multiple rail lines, connected to the Broad Street Station just to the west of City Hall, near the current space Dilworth Park. A massive train shed stood behind the station, rising multiple stories tall and prominent from many directions. Designed by the Wilson Brothers, the project was developed by the Pennsylvania Railroad and was completed on December 5, 1881. The centerpiece was a five-story Victorian Gothic headhouse facing City Hall, and the elevated viaduct received the nickname of the “Chinese Wall” as it effectively separated the neighborhoods between the north and south. 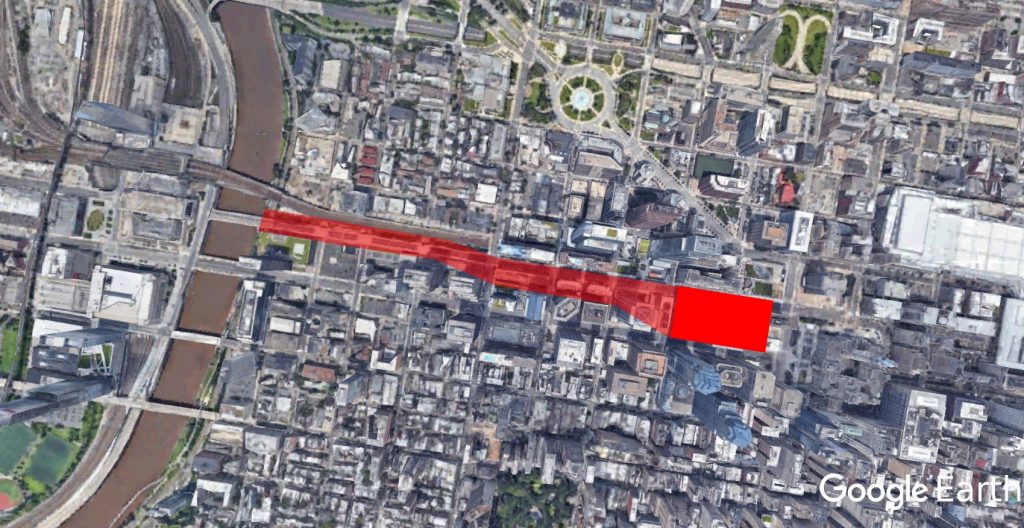 The project serviced the city for over 50 years. The rail lines ran parallel through Center City and diverged once they crossed the Schuylkill River, fanning out in multiple directions. In 1925 the Pennsylvania Railroad announced plans for redevelopment, but the Great Depression stalled the plans. Demolition of the rail lines, station, and viaducts lasted until 1953, exposing an open stretch of land. 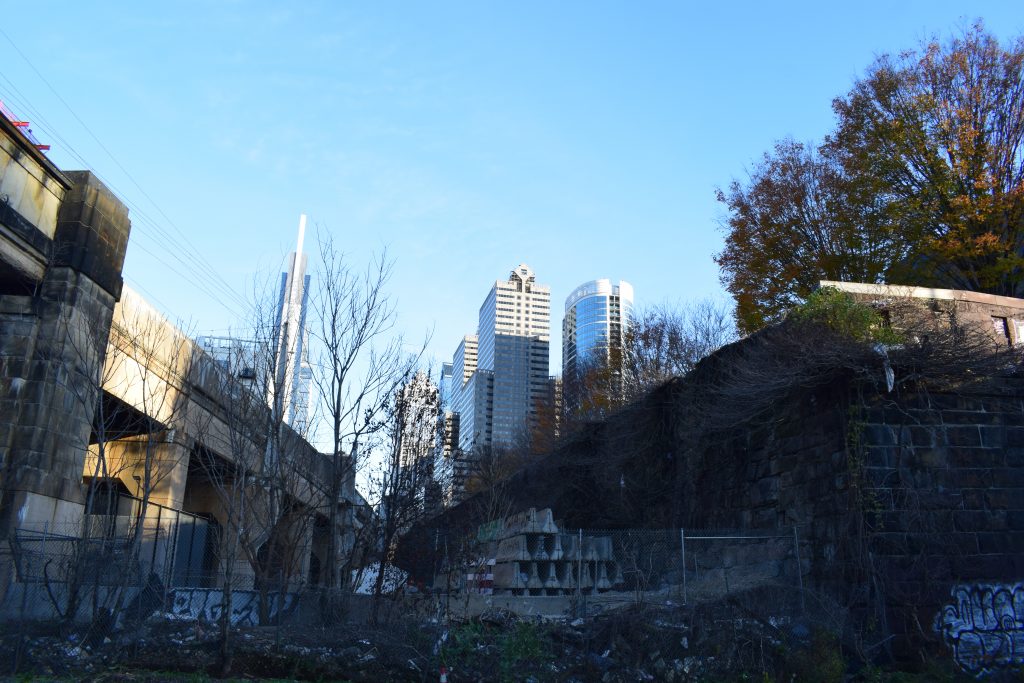 2 Comments on "A Look Back at “the Chinese Wall,” an Elevated Viaduct that Once Ran Through Center City"