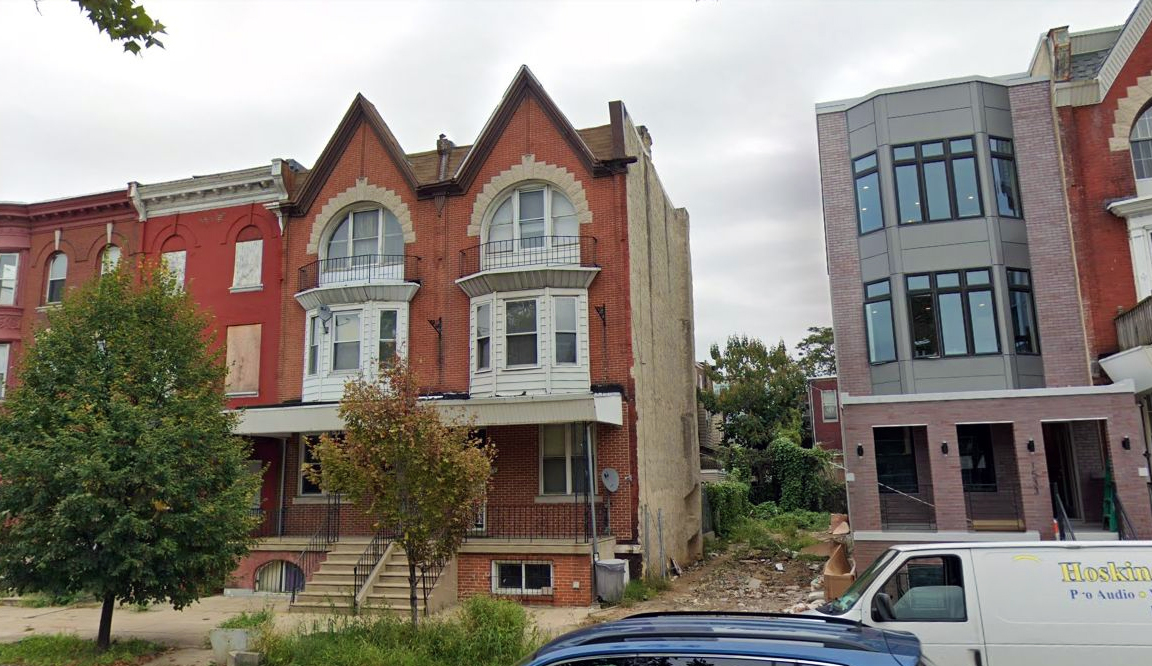 A zoning permit has been filed for the demolition of a three-story, pre-war rowhouse and a one-story rear shed at 1537 North 33rd Street in Strawberry Mansion, North Philadelphia, half a block up from the landmarked John Coltrane House. According to the permit, the replacement will consist of an attached building with a cellar and a roof deck, with the latter likely boasting verdure-filled views of Fairmount Park, which spans across the street to the west. Millennium Development LL is the listed owner.