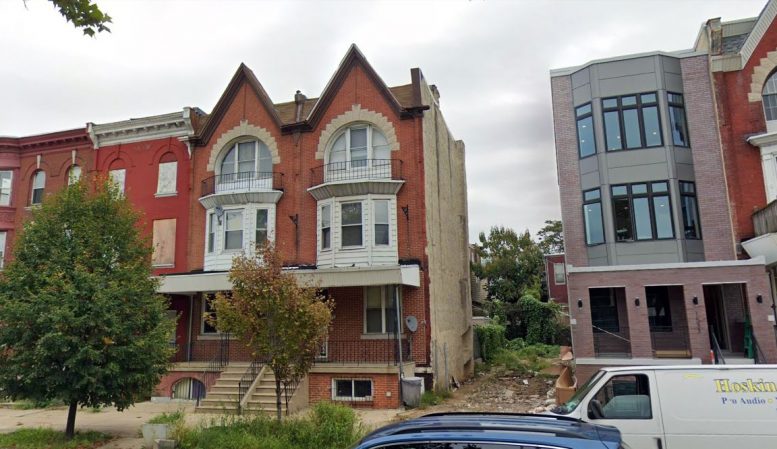 A zoning permit has been filed for the demolition of a three-story, pre-war rowhouse and a one-story rear shed at 1537 North 33rd Street in Strawberry Mansion, North Philadelphia, half a block up from the landmarked John Coltrane House. According to the permit, the replacement will consist of an attached building with a cellar and a roof deck, with the latter likely boasting verdure-filled views of Fairmount Park, which spans across the street to the west. Millennium Development LL is the listed owner.

Although the building has been slightly altered from its original historic condition, its demolition is nevertheless highly unfortunate. The pre-war structure shares its distinctive design with several neighboring rowhouses, including one next door at number 1539 and several more scattered along adjacent blocks, generally built in pairs.

The design features a deep, covered porch, a second-story bay window and a large round arch above the third floor window, lined with light-colored stone voussoir blocks that play off pleasantly against the dark red brick. A steeply pitched roof gable, trimmed with a brown cornice and set against a mansard roof, caps the symmetrical composition.

The round stone arch, dark red brick and the simple yet powerful shape of the gable exude a certain Romanesque Revival character, though the eclectic structure borrows from a variety of styles. An interesting comparison could be made to another type of rowhouse common along the park, where despite an overall similar composition – a deep porch, a second-story bay window, a third-story window arch, and a pointed roof – the style is markedly different, where a Palladian window and ogee curves at the gable display Renaissance and Baroque influences. One such property is the landmarked John Coltrane House just down the block at 1511 North 33rd Street, where the famed jazz pioneer lived from 1952 to 1958. 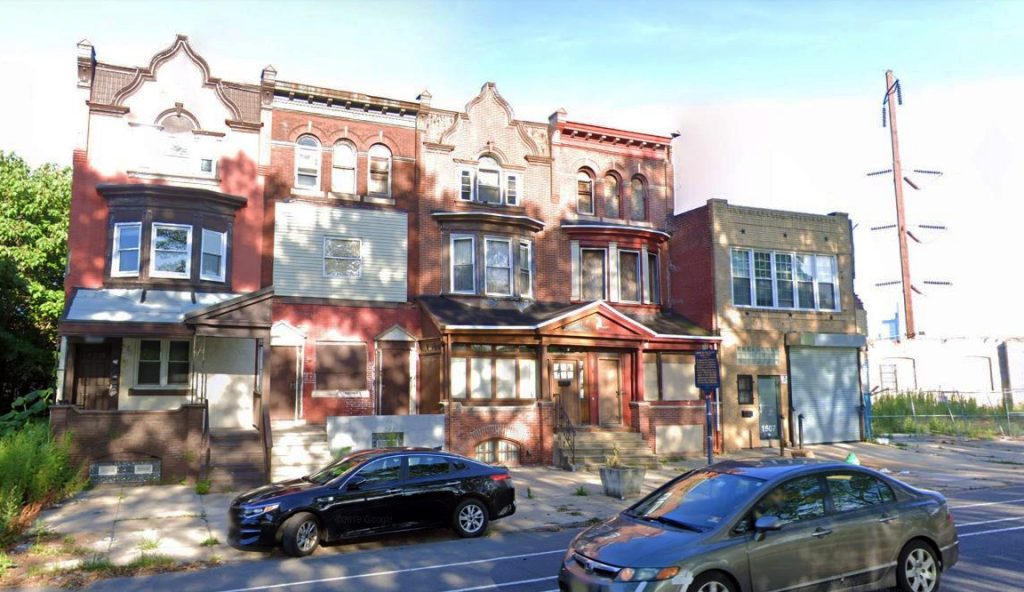 Both building types are part of what makes this stretch of North 33rd Street so charming. Evidently, at the time of construction, the developers and architects were acutely aware of the picturesque park-front setting, and put in extra time and effort to produce equally picturesque buildings. The building ensemble along the park is distinctive and diverse, with various rowhouse styles mixed and matched along the blocks.

In the pre-war days, the architectural ensemble must have been a sight to behold, something akin to Philadelphia’s low-rise predecessor to ornate apartment towers that line New York’s Central Park; incidentally, the twin peaked roofs of 1537 North 33rd Street and its neighbor loom a bit like the gabled front of the famed, brooding Dakota. But even today, despite widespread alterations (generally none for the better) and occasional abandonment and demolitions, the street ensemble remains delightful. 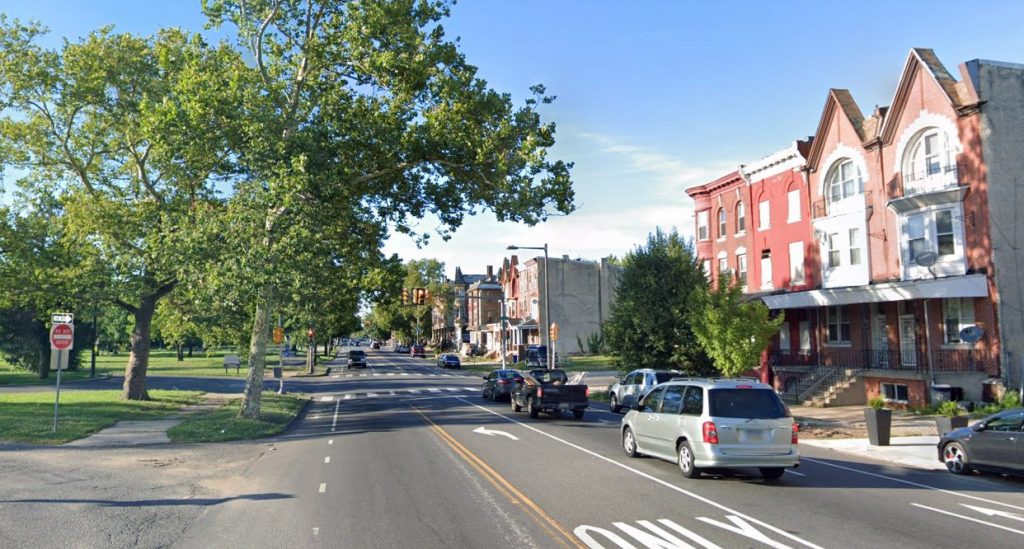 157 North 33rd Street fared fairly well but was not spared from alterations. The porch awning has been reclad with drab white siding, as was the bay window, covering its original pilaster- and garland-trimmed facade and dentil-course cornice (all judging from nearby examples of the design). But even despite the alterations, the building remains a fine example of local architecture, and it is a shame to see it demolished rather than restored to its original glory.

But even given the architectural loss, there is some hope for a quality replacement, at least if going by modern development standards. In 2017-2018, a nearby empty lot made way for a three-story rowhouse with a deep covered porch, well-defined bay windows and a high-quality brick facade, a set of features worthy of their esteemed neighbors, especially since the building respects the established cornice line.

As such, there is hope that, like in the old days, the architect of the new building would respect its context and produce a well-crafted design. The extra expense may be justified with the site’s well-sited location across from the park, on a street with two-way bike lanes (putting Center City within a short, direct bike commute), and even a walking-distance proximity to the Philadelphia Zoo.

But regardless of how the new design comes out, the city ought to take a serious look at designating this Strawberry Mansion row as a historic district, lest more of its storied stock meets the wrecking ball. Even the aforementioned John Coltrane House, despite its status as a National Historic Landmark, was recently listed as an “at risk” historic site by a statewide preservation group.