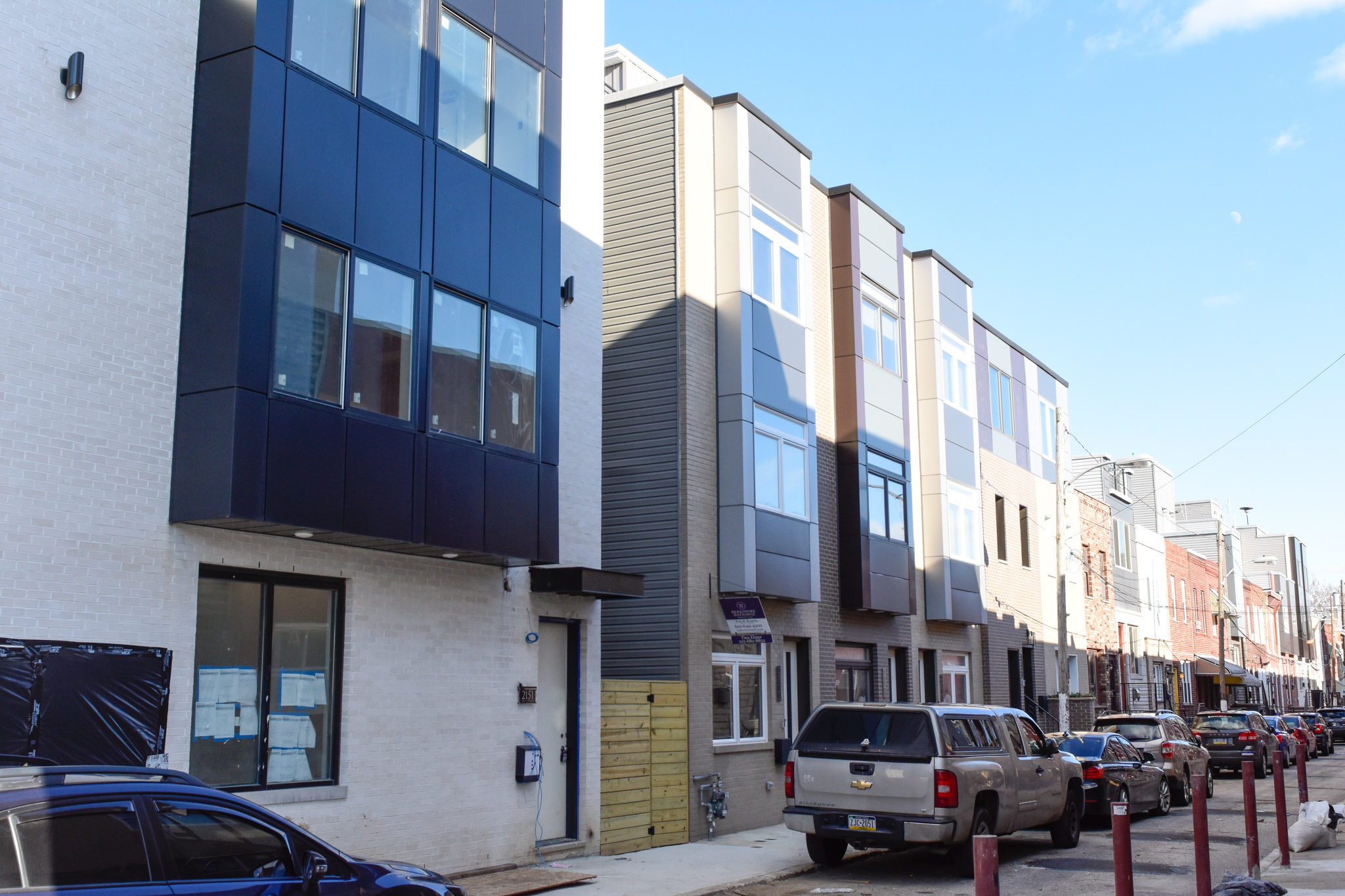 As Philadelphia’s ongoing renaissance is generating new growth throughout centrally located neighborhoods, the development boom is spreading to adjacent communities that have long been neglected by real estate developers. A prime example of this phenomenon may be found at the 2100 block of Cross Street in the Point Breeze neighborhood in South Philadelphia. In the past few years, the narrow and seemingly nondescript street, with a roadway measuring just around 14 feet wide, has seen a major influx of new development, both in the form of ground-up construction and vertical additions to existing buildings. YIMBY’s recent site visit has revealed that, over the course of the past year or so, construction has been completed at a back-to-back series of structures spanning from 2141 through 2153 Cross Street, undertaken by two different sets of developers and contractors. The buildings offer a total of eight residential units as well as retail space. 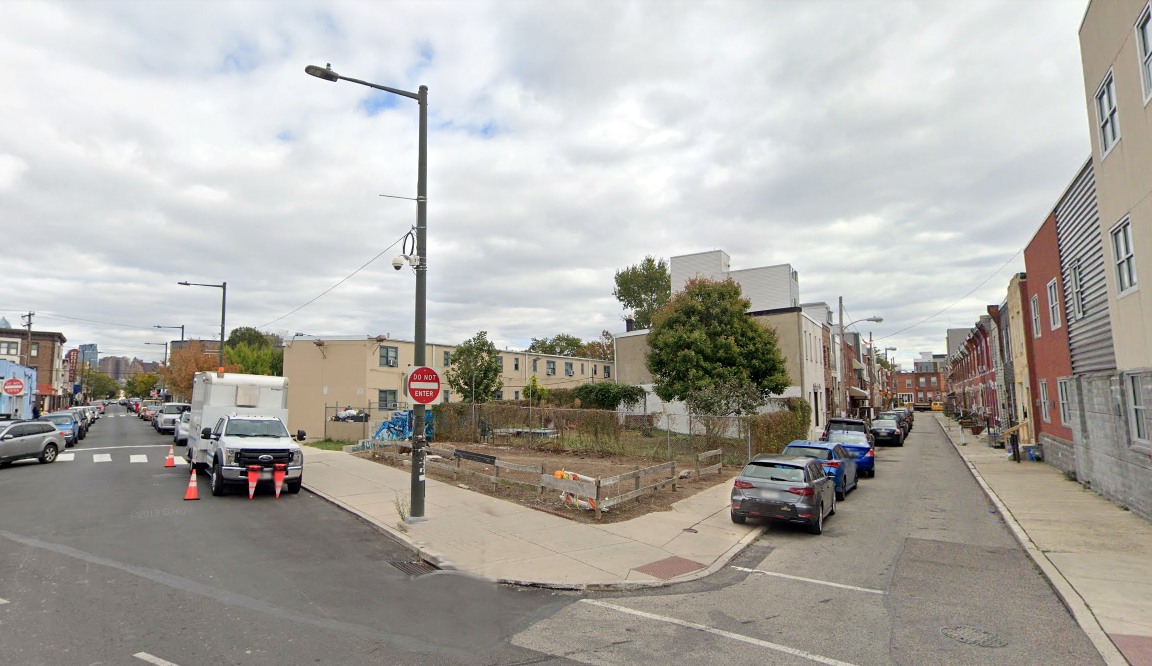