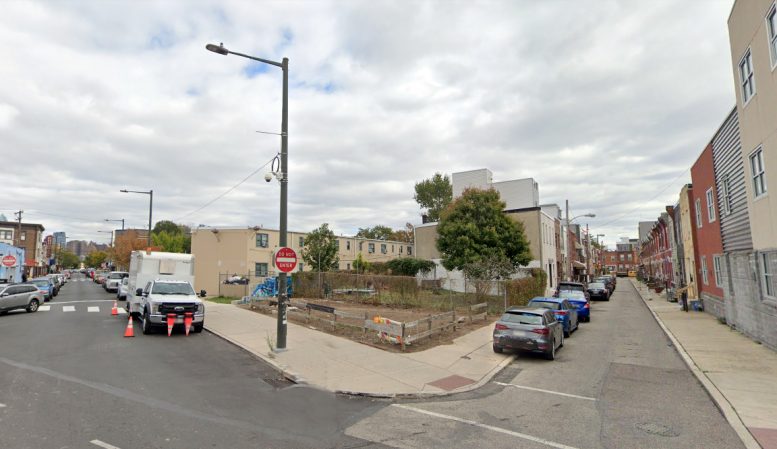 The proposed three-story height projects slightly above the prevailing two-story height in the rowhouse-lined neighborhood. As such, the planned roof decks will offer sweeping views of the city in all directions, notably with the skylines of Center City and University City to the north and the suspended spans of the Benjamin Franklin and Walt Whitman bridges to the east.

If the unlikely chance that the proposal at 2149 would require vehicular access, we hope that the planners would reserve such access for Cross Street, because the Point Breeze Avenue frontage is ideal for a small triangular plaza, which have been incorporated at many similarly-shaped intersections. Such a plaza would provide a small but important green space both for the local residents and patrons of the shops and restaurants just to the north on Point Breeze Avenue.

Be the first to comment on "Permits Filed at 2147 and 2149 Cross Street in Point Breeze, South Philadelphia"