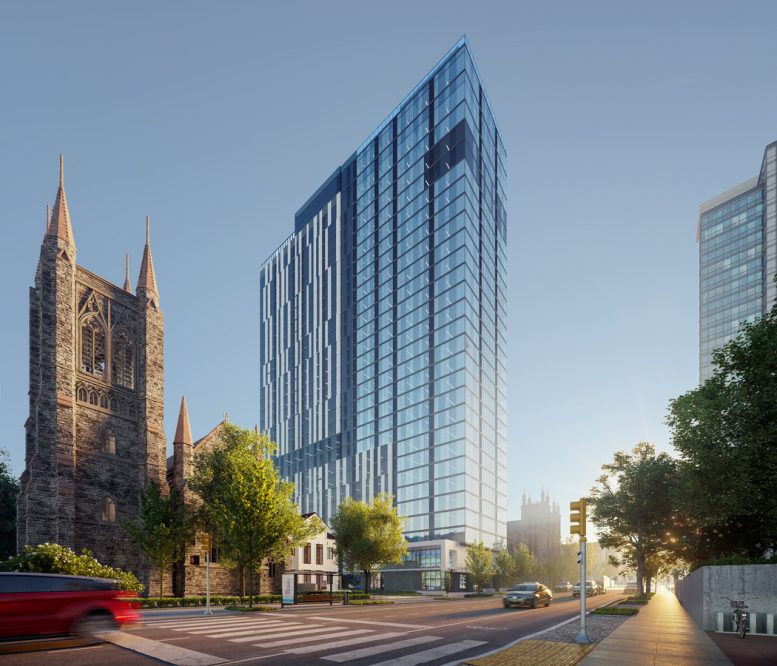 The Chestnut via SITIO Inc

Over the past few years, University City has ushered a pretty long list of new and proposed 300-foot-plus residential towers. Another such tower now joins the “completed” list as The Chestnut at 3720 Chestnut Street, boasting a full height of 344 feet, has recently opened its 420 apartments. The new tower, designed by SITIO Inc and developed by EGP Urban Multifamily, has brought 427,100 square feet to University City. 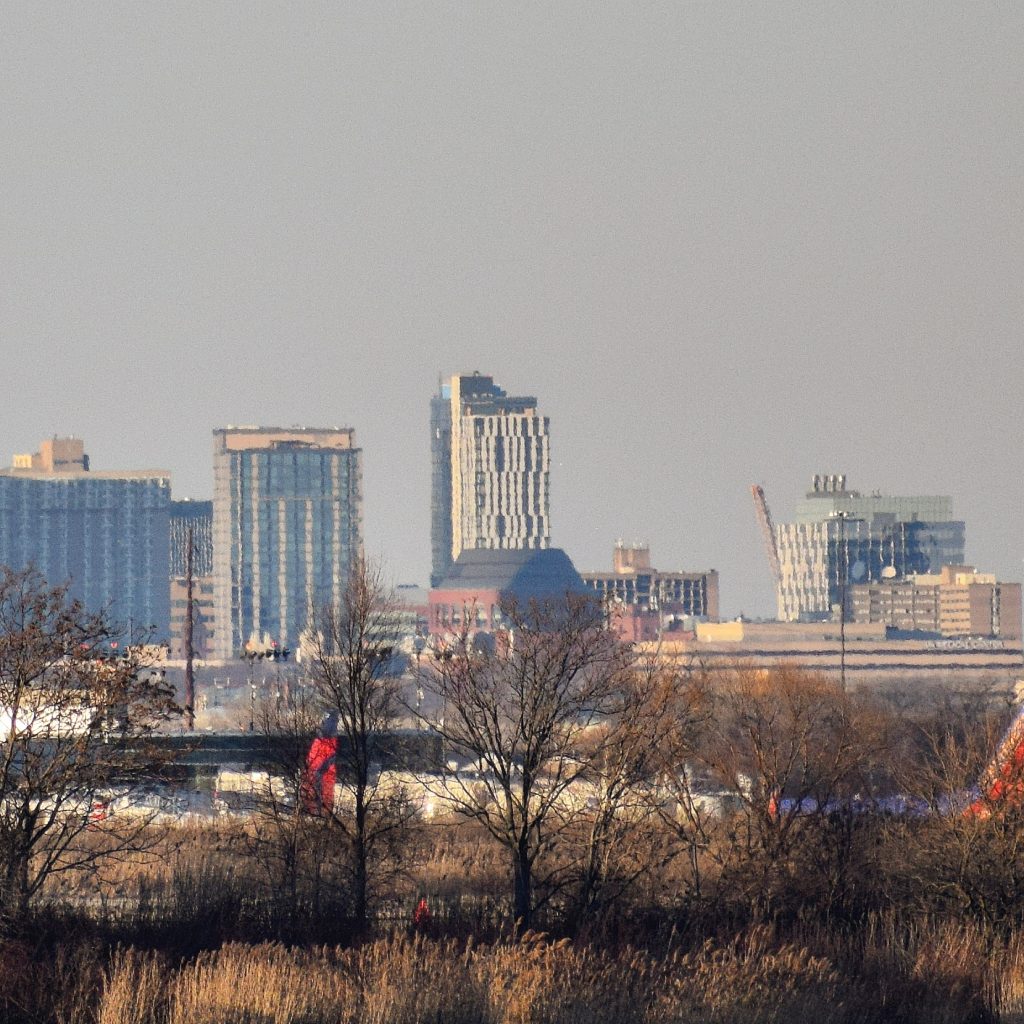 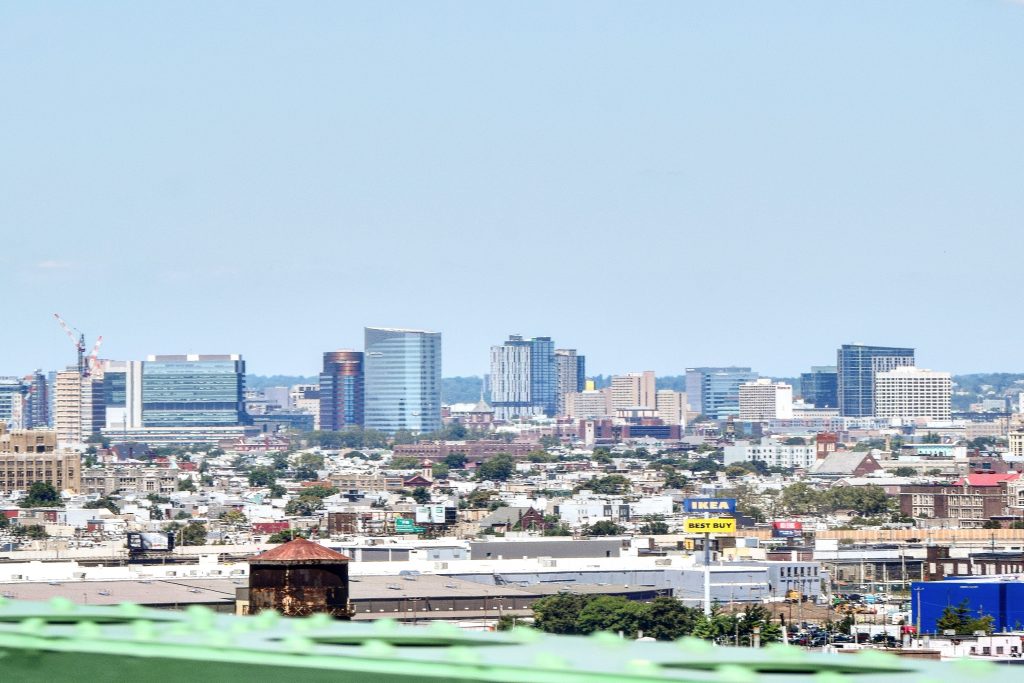 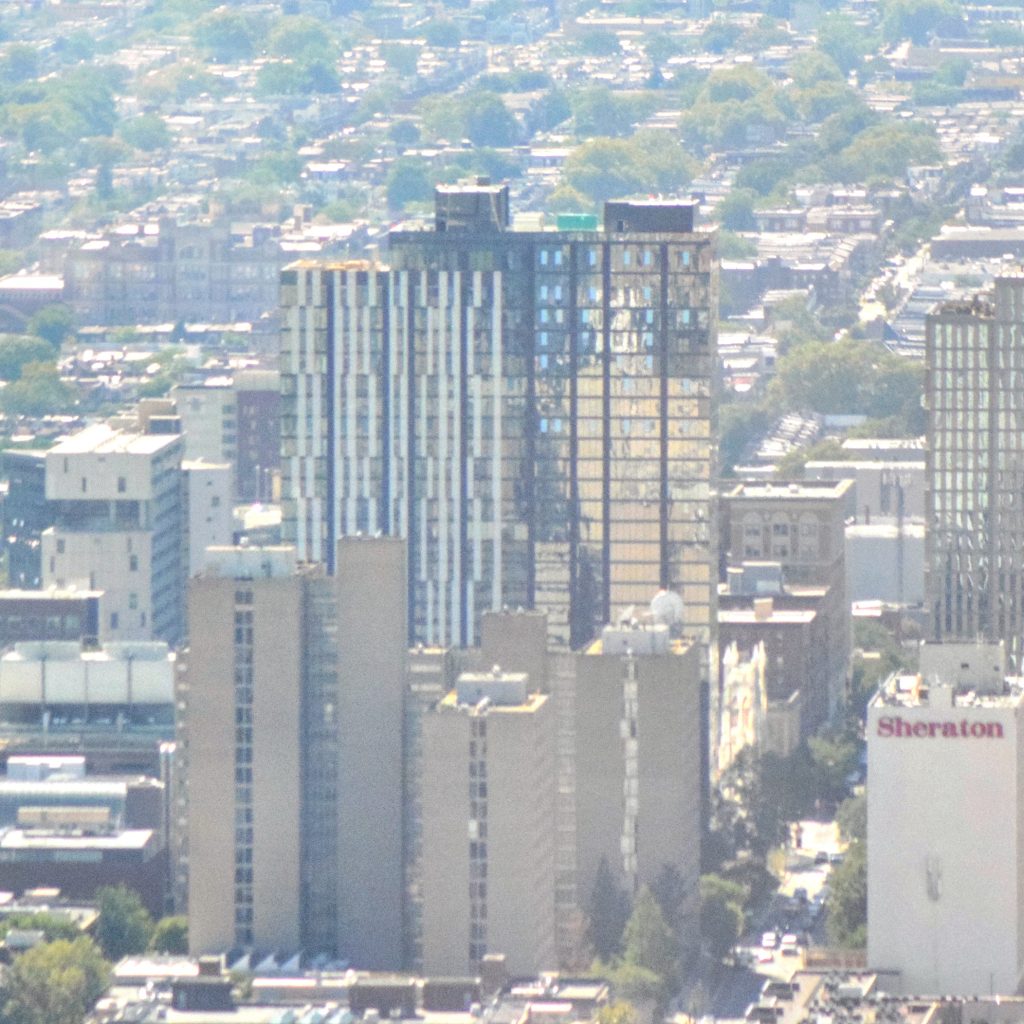 The Chestnut from One Liberty Place. Photo by Thomas Koloski

Ever since the tower was unveiled in June 2018, excitement was stirring as many people were pleased with the contrasting design. The same month the tower crane was erected (March 2019), the building had reached ground level and had worked its way up as fast as Hunter Roberts Construction Group has extensive experience in constructing towers. Since then, the structure was quickly assembled like a puzzle as it popped into the Philadelphia skyline just five months later in August. The concrete structure topped out in November, with cladding being finished just two months later.

The building has a very simple design, consisting of a vertical L-shaped structure  with a slimmer section to the south and topped with a mechanical bulkhead between the two sections. The two sections are not on the same level – the section to the south is a floor lower than the section to the north as the last two floors are taller than the residential floors below. While there is an unfortunate blank but slim wall on the west face, the north section of the building is covered with glass and vertical metal strips popping out forming continuous vertical lines. Another pattern is created on the south section of the building, where it is covered with white metal cladding and glass, forming an irregular pattern that varies from two to four stories tall.

The Chestnut has opened on July 1st.

Be the first to comment on "Construction Finishes at The Chestnut at 3720 Chestnut Street, University City"