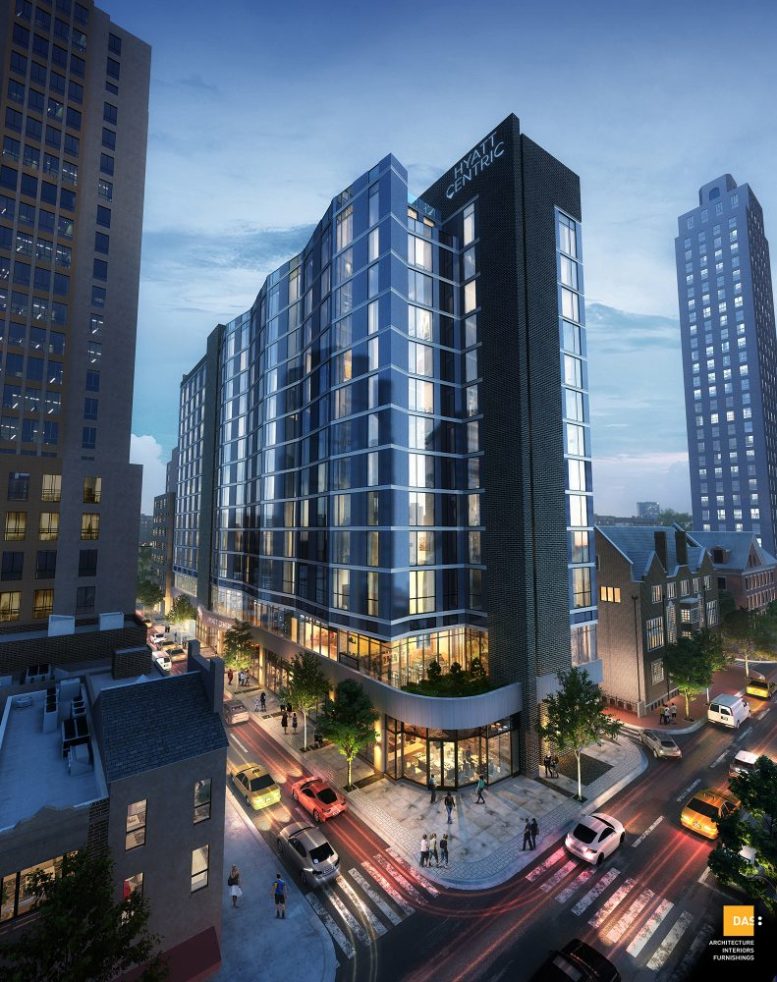 The skyscraper cluster of Center City is seeing a sustained demand for hotels. The first Hyatt Centric Hotel in the city of Philadelphia stands at 1620 Chancellor Street and will soon welcome visitors. The 179-foot, 13-story, 175,000-square-foot building will offer 332 guestrooms with a 40-suite addition at the corner of South 17th and Chancellor streets. 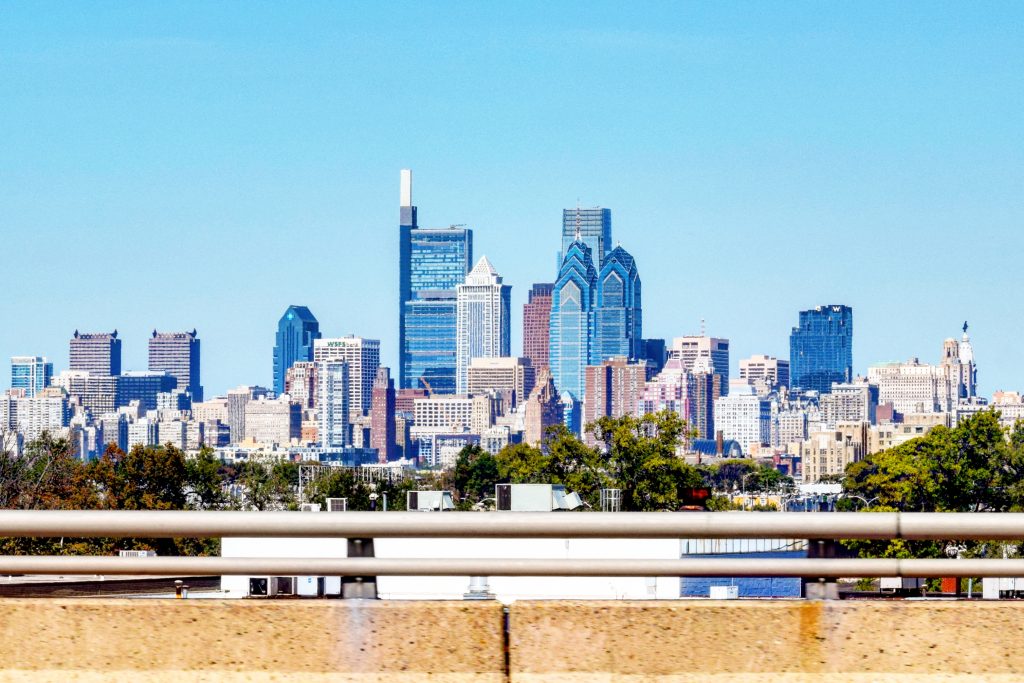 Hyatt Centric (under the Comcast Technology Center with the yellow crane) November 2019. Photo by Thomas Koloski 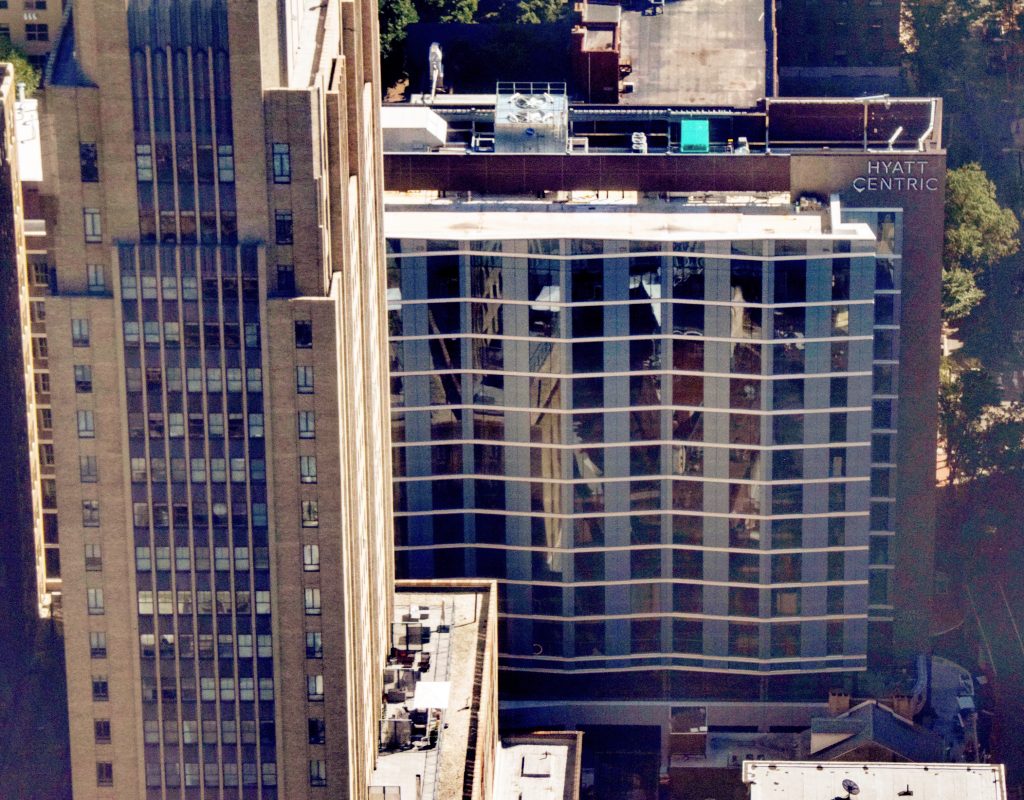 Hyatt Centric from One Liberty Place. Photo by Thomas Koloski

The hotel was unveiled in July 2015 with a different design; the current design was revealed at the end of July 2017, around eight months after receiving construction permits. Fences went up around the site in December 2017 for the demolition of the old parking garage, which had been flattened by demolition crews by March 2018. The foundation was poured in September 2018, with the building topping out its all steel structure in August 2019.

The design brings the 21st century to an area dominated by 20th century buildings. The north face of the building features three main ridges that stretch through most of the north face; the ridges are bordered by dark gray brick piers. The building is divided into two sections, with the north section lower than its south counterpart, providing an open terrace at the setback. The design of the south face is less impressive, as it is mostly clad with the dark gray brick mentioned above vit full-height brick piers. The brick extends over to the north face and provides the Hyatt Centric logo.

The hotel is scheduled to open in September 2020.

Be the first to comment on "Hyatt Centric Hotel Wraps Up Construction At 1620 Chancellor Street, Center City"