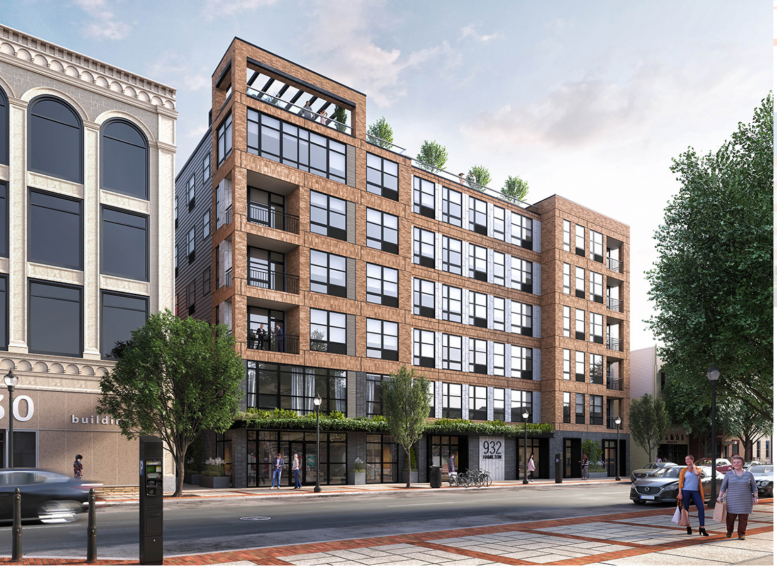 Rendering of 932 Hamilton Street via Bernardon.

Plans have been revealed for a six-story, mixed-use development at 932 Hamilton Street in Allentown, a city on the northern outskirts of the greater Philadelphia metro area, about 30 miles north of the city. Designed by Bernardon, the 114,000-square-foot development will yield 108 residential units with a mixture of studios and one-bedrooms and two-bedrooms. All units will be rental apartments. Three commercial storefronts will be located on the ground floor facing Hamilton Street.

A wide array of amenities will be included, such as a co-working space, a resident lounge, and a fitness center. Atop the building, a large roof deck with a small dog park will provide space for outdoor events. The project will also provide widened sidewalks, new street lighting, and public art and landscaping space. 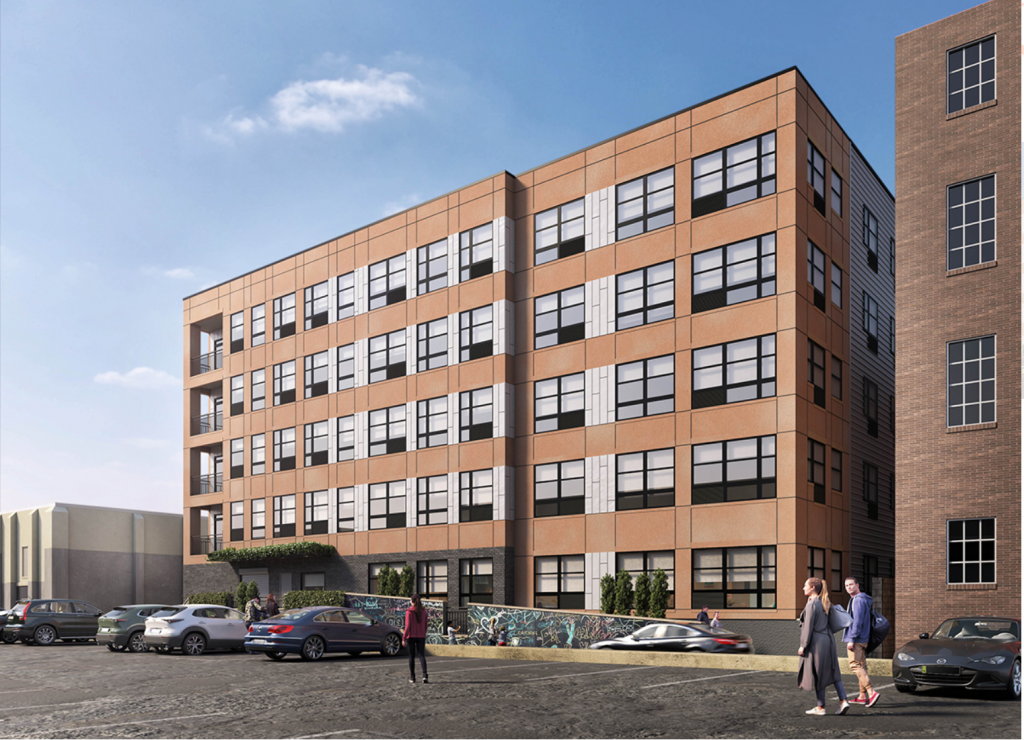 Rendering of 932 Hamilton Street via Bernardon.

Renderings reveal a modern structure with attractive brickwork as the primary façade material, along with gray cladding for accents. Darker gray brick is used on the ground floor under a planted green row.

Balconies are located along the corners, with large windows contributing to an industrial-style design. Certain features at the roof deck also stand out, such as the landscaping and terrace structure. The rear of the building features a sparser, less detailed design, where mixture of gray and dark tan cladding accompany large windows.

The project will rise from one of few remaining vacant lots in the Allentown City Center area. The property sits in a desirable location on the Hamilton Street commercial corridor, within walking distance of many parks and green spaces. 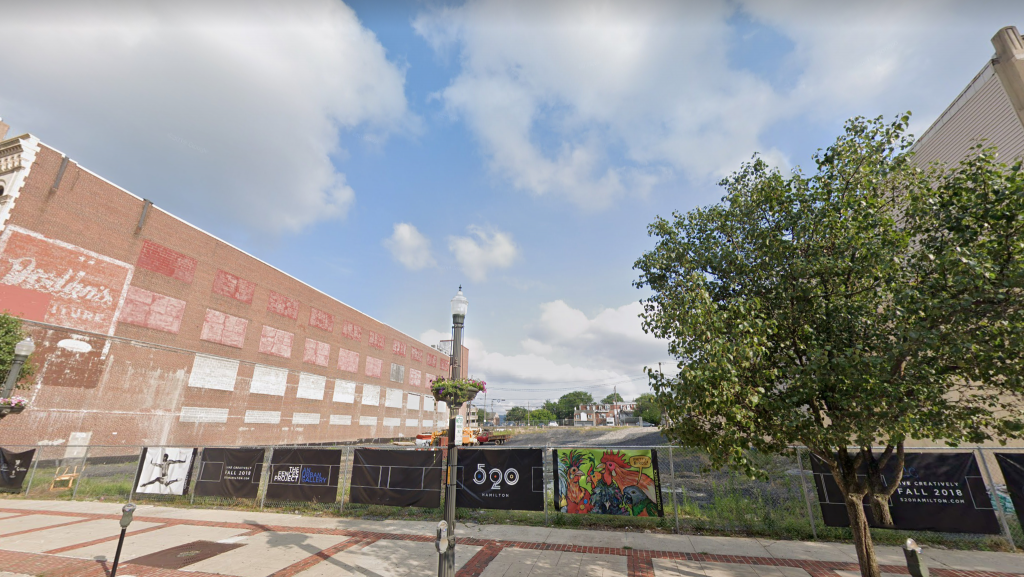 Site of 932 Hamilton Street via Google. 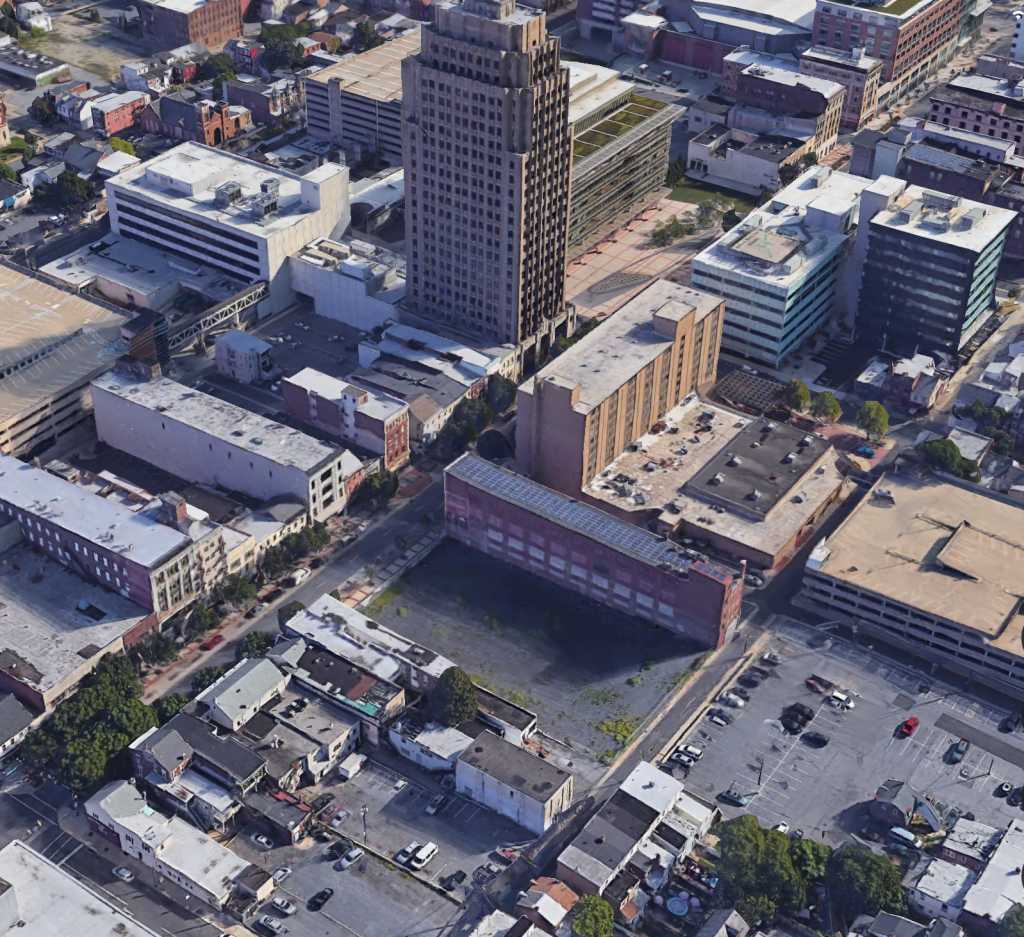 The city center has seen explosive growth in recent years. A massive number of large mixed-use buildings have been constructed throughout the neighborhood, each bringing hundreds of new residents. This has sparked a chain reaction of growth in the area as businesses and restaurants are now flourishing with the newfound customers. New construction is so common in the area that there are three other new projects on the same block as 932 Hamilton, one located at 950 Hamilton, which is currently under construction as well as Cityplace, a completed project. Residents of 932 Hamilton will be able to use amenities from these buildings.

The project is expected to be completed in spring of 2022.

Be the first to comment on "108-Unit Mixed-Use Structure Revealed for 932 Hamilton Street in Allentown, PA"