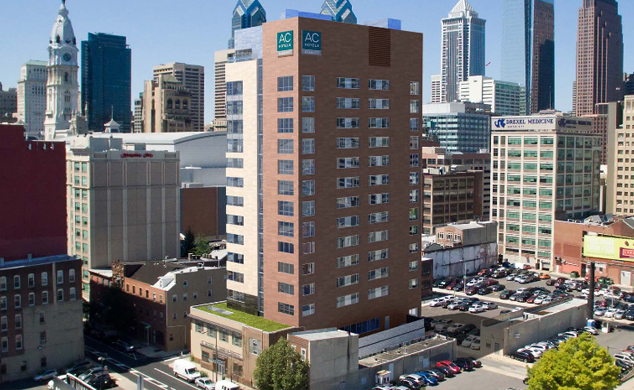 Demolition preparations have begun at 230 North 13th Street in Chinatown, Center City, the site of the planned 15-story AC Hotel by Marriott. Designed by Bergmann Associates and developed by Baywood Hotels, the 181-foot-tall structure will incorporate the existing historic two-story building into its base and will yield 150 guest rooms. The project site is situated just to the north of the Convention Center and is bound by Florist Street to the south and North Clarion Street to the west.

YIMBY’s recent site visit revealed that the interiors of the Art Moderne-styled building that has occupied the site since 1946 have been gutted in preparation for the erection of the hotel tower’s presumed steel frame, as depicted in this visual. The structure, which was placed on the historic register in 2008, originally operated as a national office for Big Brothers Big Sisters of America, and later served as a private screening location for Warner Brothers and as the original headquarters for NFL Films. 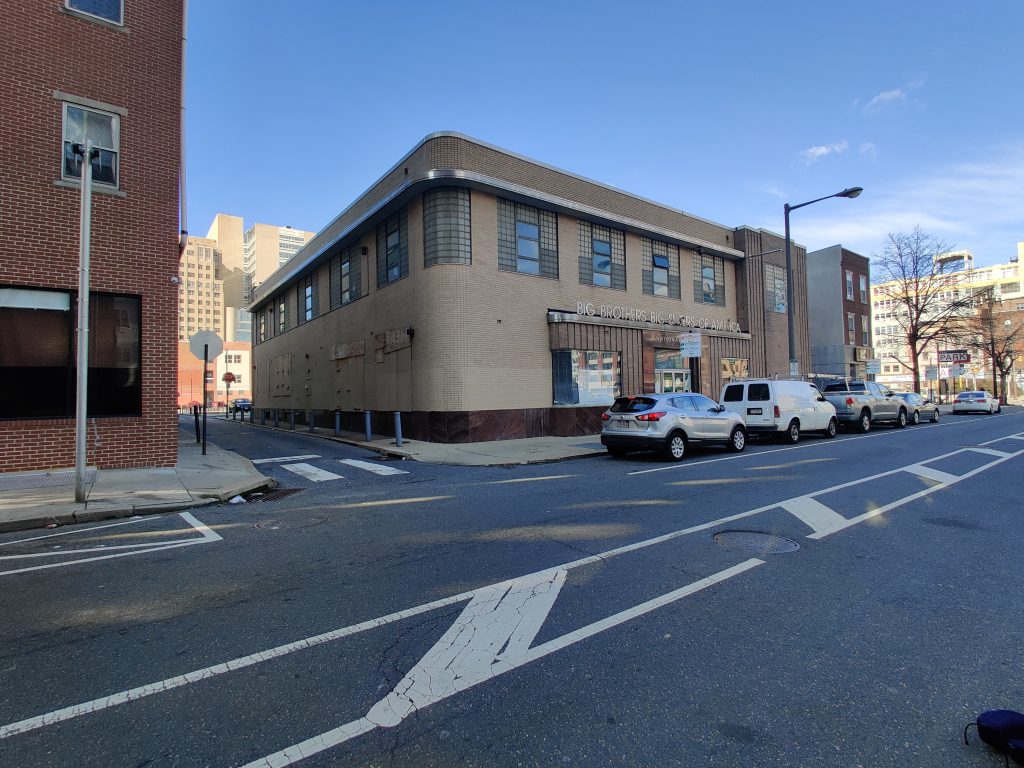 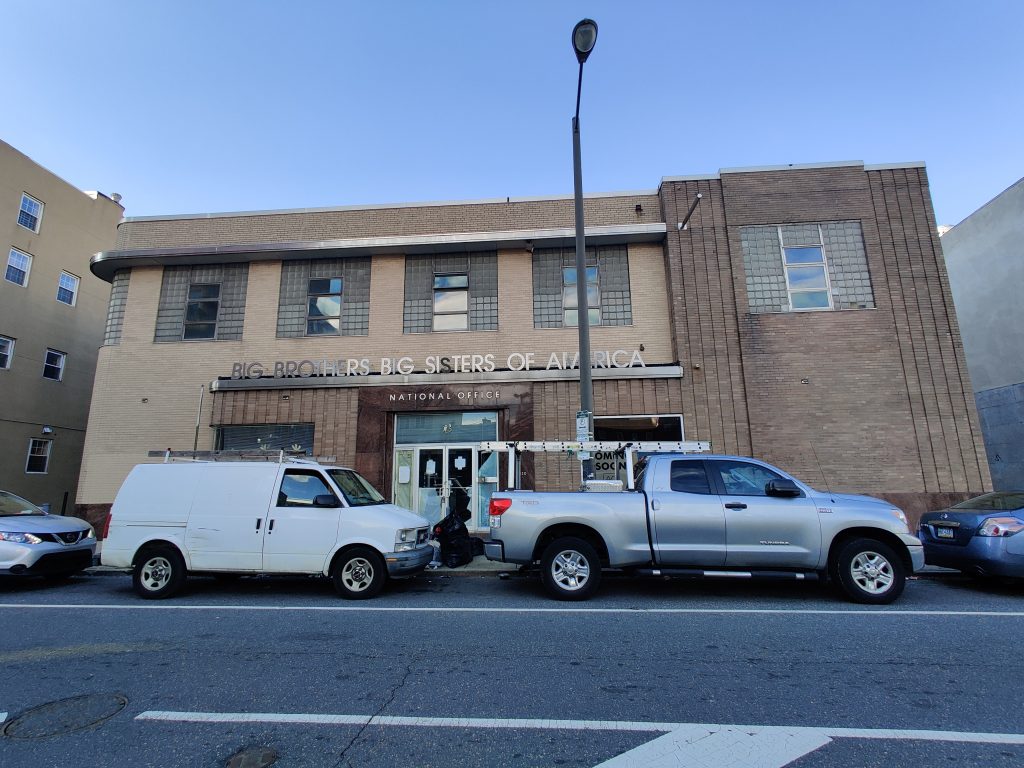 A proposal for the site was first revealed in 2014, with the original plans calling for a 12-story building. This proposal was updated in 2017 with the design as it exists today. On the site, the coming soon signs for the building is still posted, but now the inside of the structure is nearly vacant. 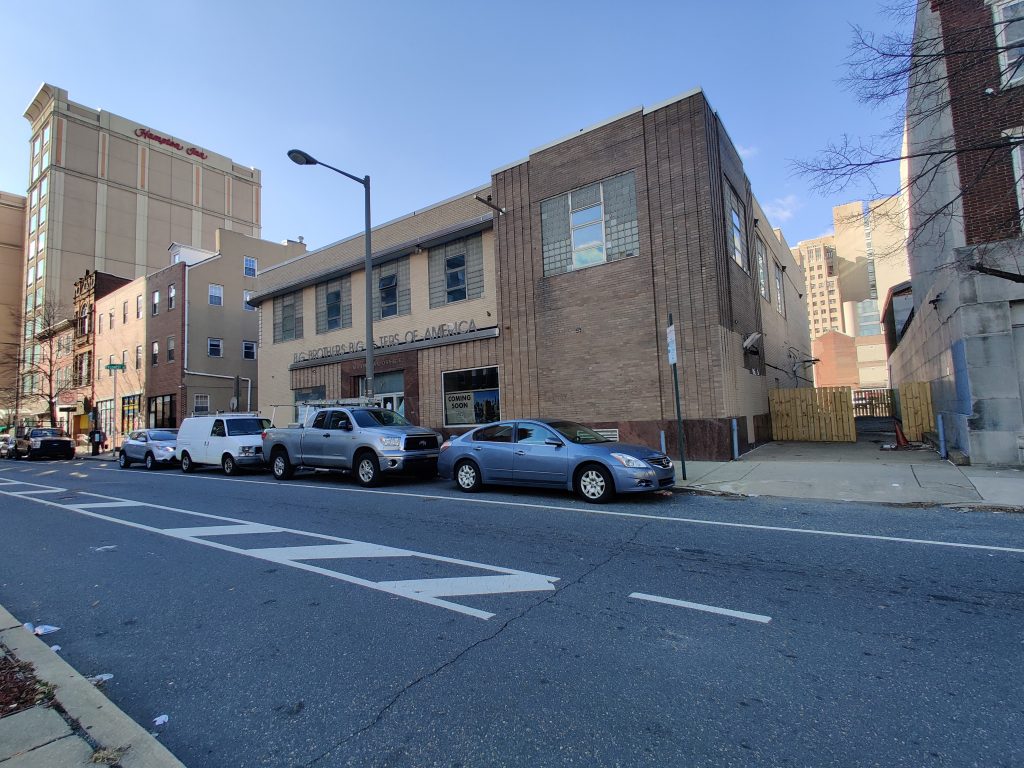