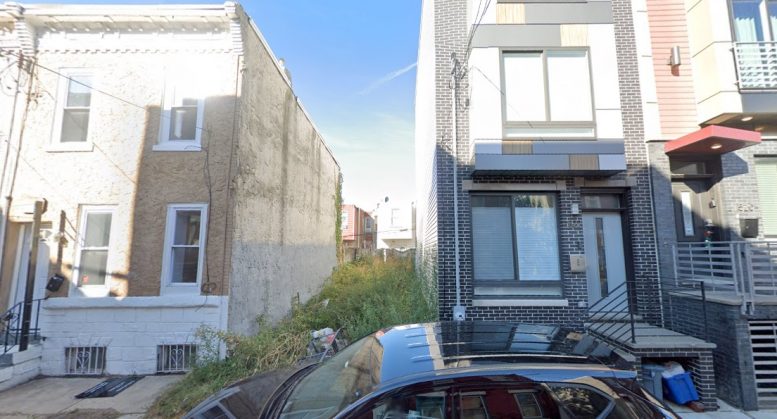 A zoning permit has been issued for the construction of a single-family dwelling at 1524 South Lambert Street in Point Breeze, South Philadelphia. Located on the western side of the block between Dickinson Street and Tasker Street, the building will feature a footprint of 596 square feet as well as a roof deck accessible via stairs. OA Properties LLC is the listed owner.

The attached structure will replace a vacant site slotted between a two-story prewar rowhouse to the south and a three-story residential structure completed around two years ago to the north. The new development will be the latest addition to a dramatic transformation of the block that has taken place over the past 12 or so years, which is emblematic of the ongoing rebirth of the once-distressed neighborhood.

The block was built out in the prewar period with two-story, brick-faced rowhouses. In the postwar period the neighborhood was hard hit with disinvestment and depopulation. By 2007, the block was in a dreary state, with roughly half the buildings demolished, abandoned, or even gutted by fire, with chatted rafters jutting out from the roofs. 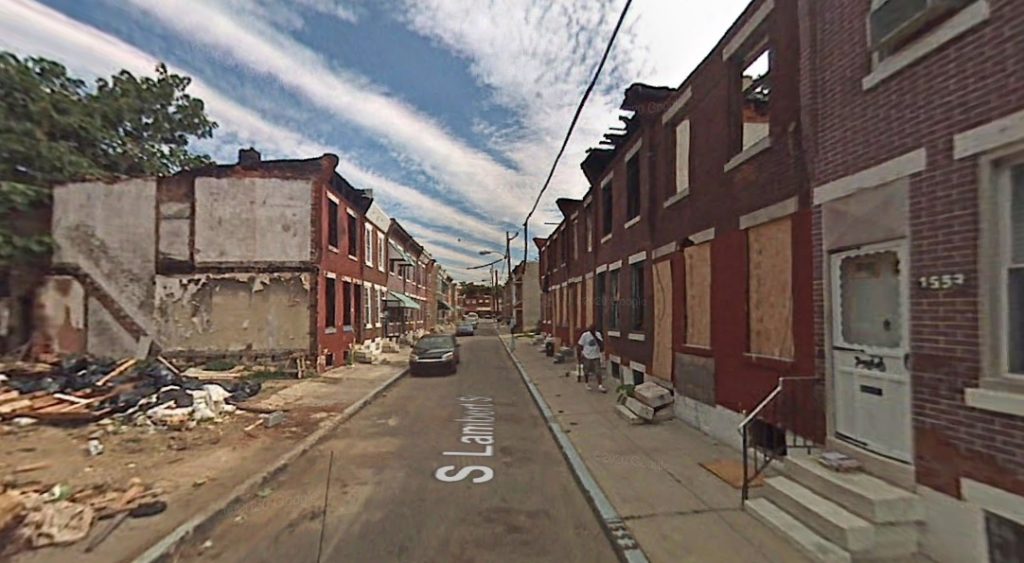 As the city’s fortunes began to improve in the 2010s, development spread across the neighborhood. By 2009, four three-story, brick-clad rowhouses went up at 1545, 1547, 1549, 1551, and 1554 South Lambert Street. A decade later, another growth spurt took place. Since 2017, 13 more residential buildings rose on the block, all sporting a contemporary aesthetic and all but one rising three stories tall. 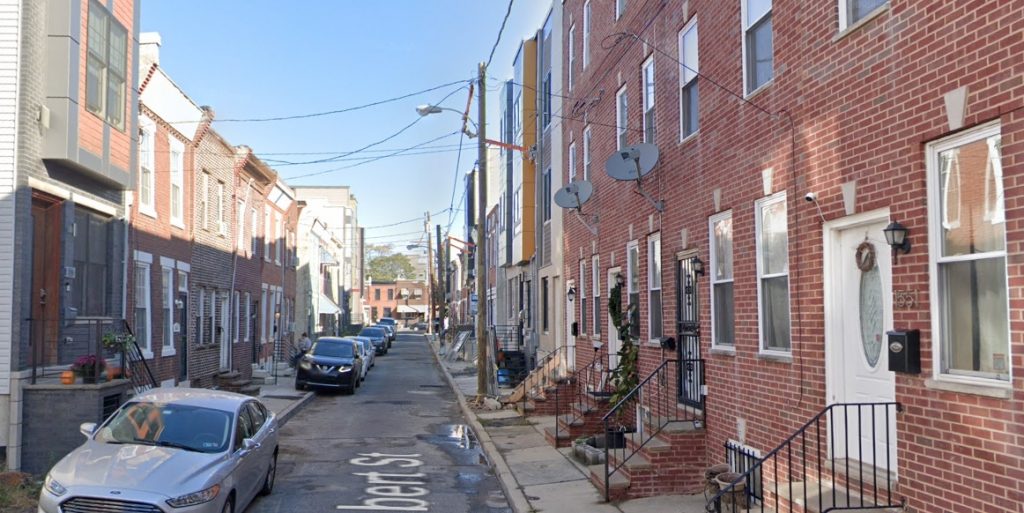 The block has become hardly recognizable since its state just a dozen years ago. At the moment, there are no abandoned buildings on the block, and vacant sites are growing increasingly scarce. This phenomenal success story hardly registers on development watchers’ radar and will scarcely make headlines. However, it is emblematic of the piecemeal growth required to restore our neighborhoods into vibrant and places to live. Such transformations may seem barely noticeable on the greater scale, yet they dramatically improve the lives of people who call such places home. 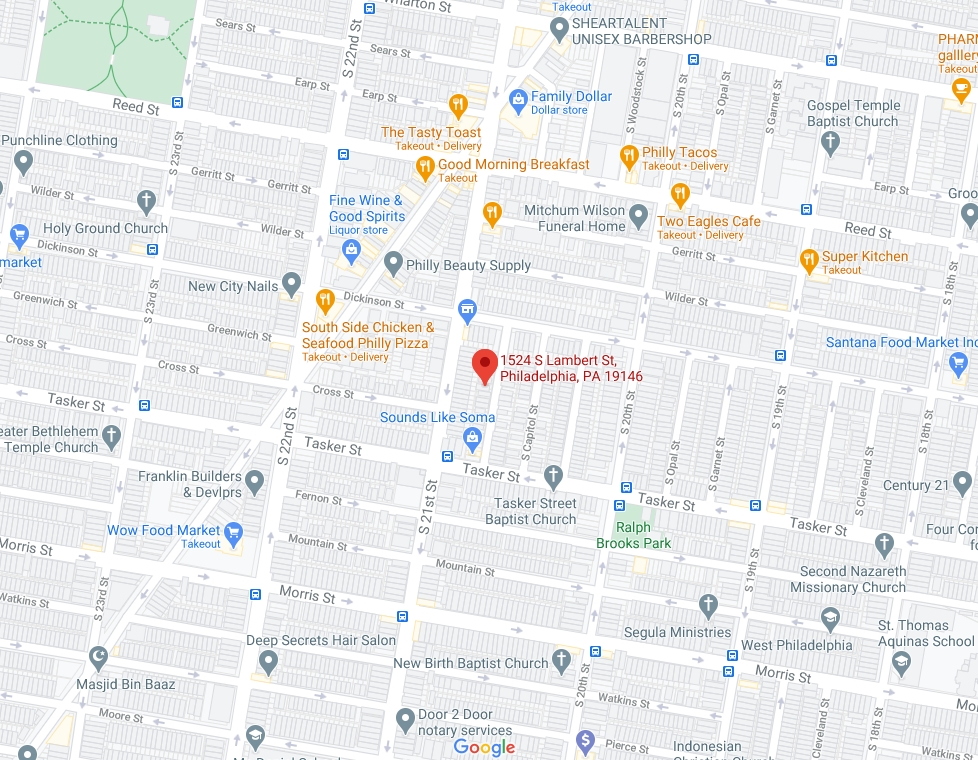 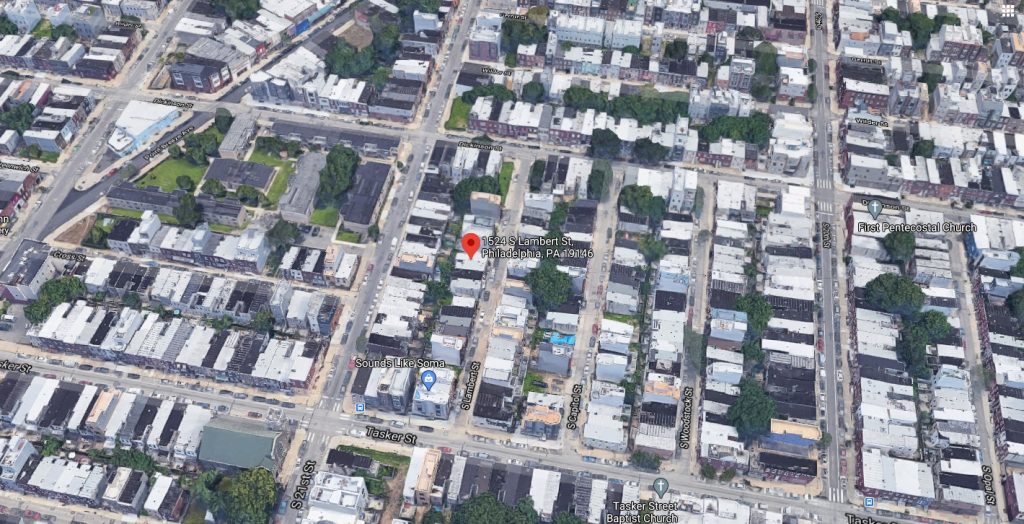 Be the first to comment on "Permits Issued for a Single-Family Structure at 1524 South Lambert Street in Point Breeze, South Philadelphia"