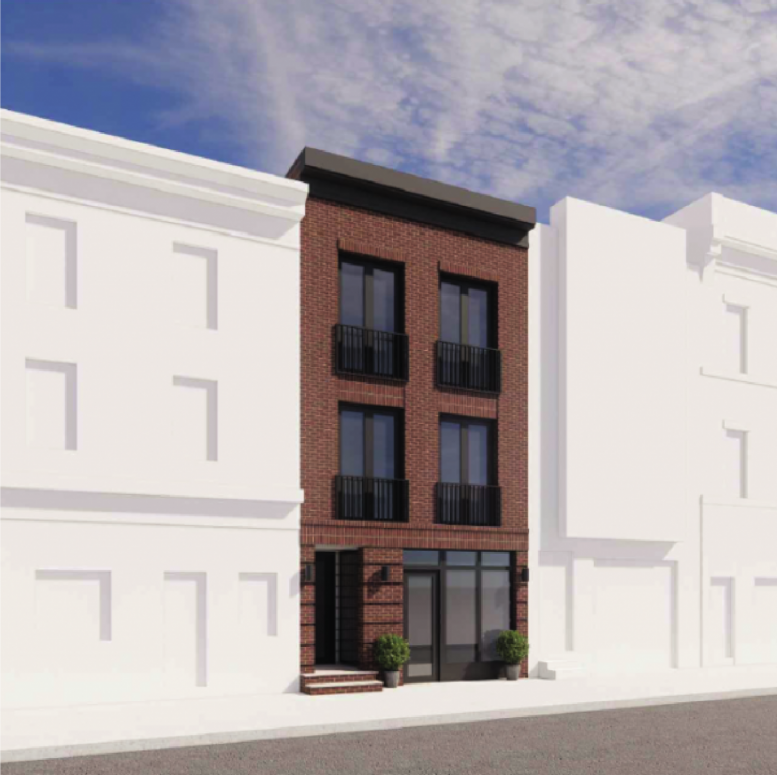 Rendering of the project via GRIT Construction.

Permits have been issued for the construction of a three-story mixed-use structure at 2327 Frankford Avenue in East Kensington, North Philadelphia. Designed by Gnome Architects with GRIT Construction listed as the contractor, the 4,255-square-foot building will yield two apartments, ground-floor commercial space, and a cellar. The project is expected to cost a total of $425,000.

The renderings illustrate a classic, red-brick-clad structure that will blend with the traditional architecture in the surrounding area. The two upper floors will feature two large windows with Juliet balconies. The ground floor has floor-to-ceiling windows at the entrance to the commercial space. A simple black cornice will cap the structure. 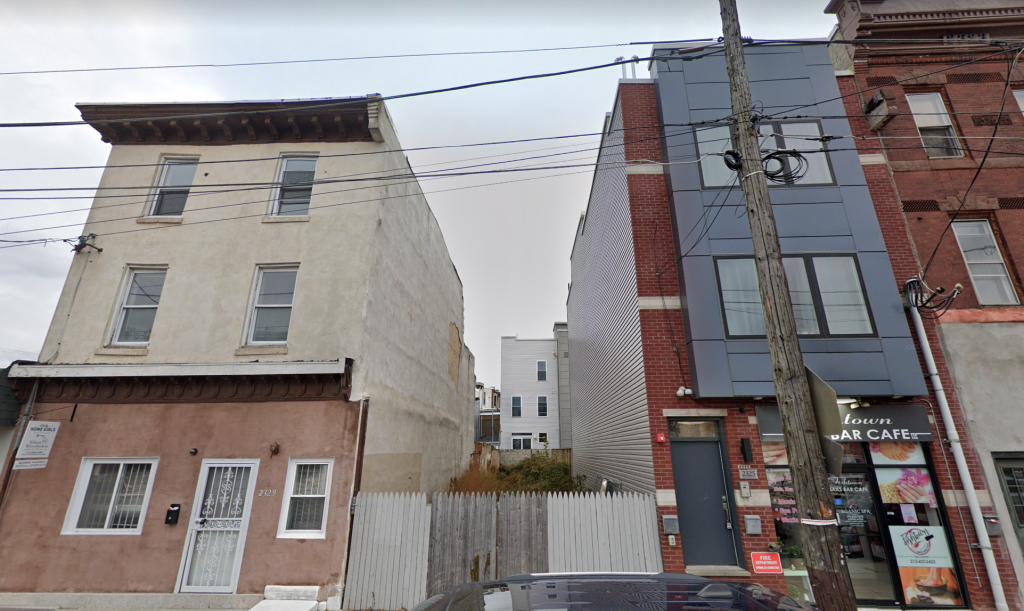 The plot, which is the size of a traditional rowhome, currently sits vacant. A small wooden fence encloses the lot, one of few remaining on the corridor. As the street continues to assert itself as one of the city’s most popular commercial corridors, empty lots and old blighted structures will continue to be replaced by modern mixed-use buildings, making it one of the most modern streets in the city.

Transit access is offered to either York-Dauphin or Berks stations on the Market-Frankford Line. Konrad Square is just a couple of blocks away, offering residents a pleasant green space.

Be the first to comment on "Permits Issued for 2327 Frankford Avenue in East Kensington, North Philadelphia"