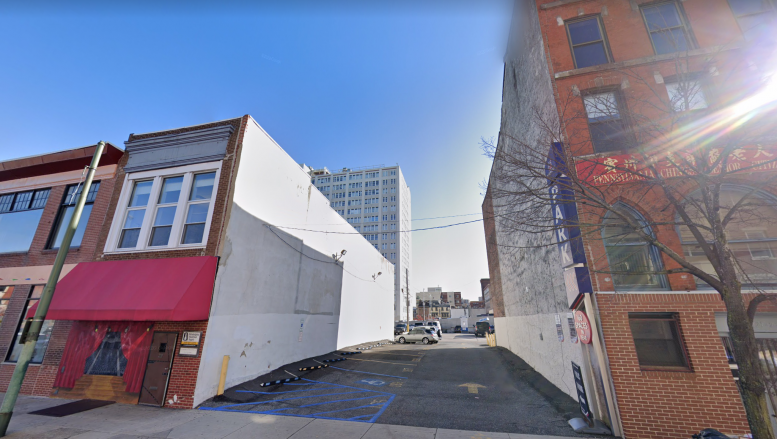 Permits have been issued for a six-story, 19-unit multi-family development at 225-27 North 12th Street in Chinatown, Center City. Seven bicycle spaces will be included in the project as well as six off-site parking spaces, with one set to be van accessible. The building will total 16,363 square feet of space. Tester Construction is listed as ten contractor for the project, with Coscia Moos Architecture doing the design work, although renderings are unfortunately not available at this time. Project cost is listed at cost $2.9 million. 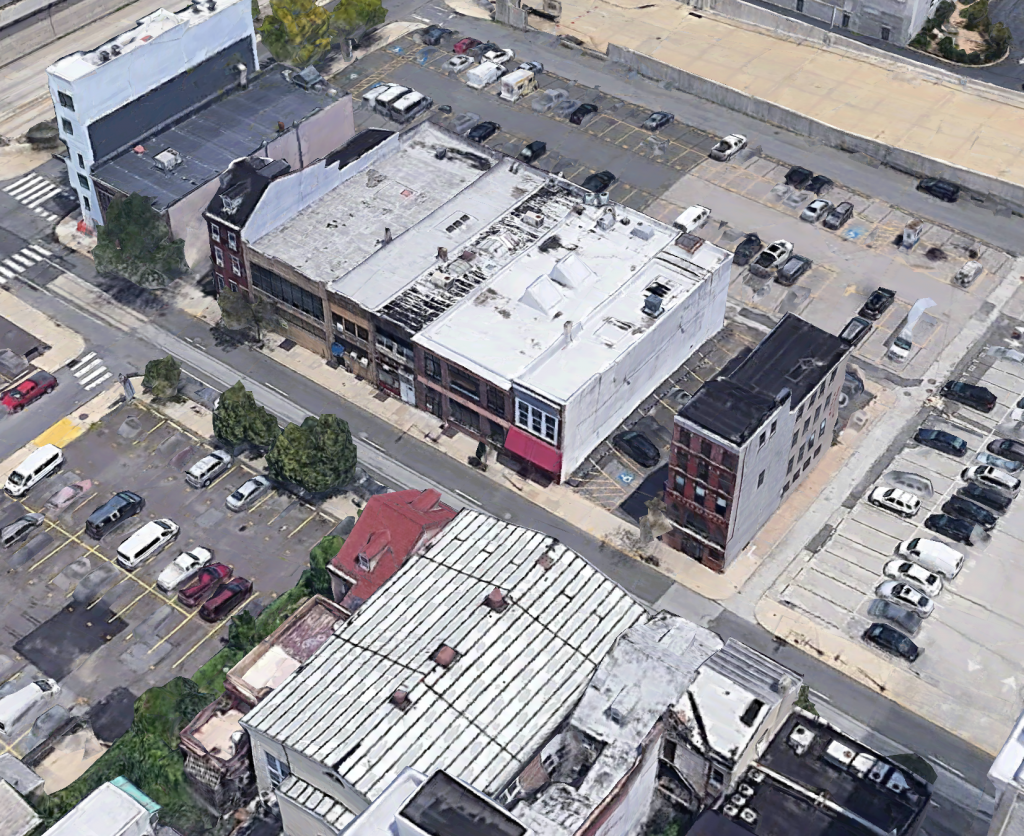 The building will replace a surface lot, one of many in this corner of Center City. When the convention center was first constructed years back, along with the Vine Street expressway to the north, it blocked off this small part of Chinatown, which went through a struggling time, during which many buildings were demolished with parking lots replacing them. This development presents a positive change and hints that more forward progress will be made to the neighborhood in the future. The sizable height of the project will also be good for increasing the center city canyon effect found on most streets.

Transit access if offered nearby to the site to the Broad Street Line via Race-Vine Station. It is also within walking distance of many of t(e main Center City destinations, so a ride on the subway may not even be necessary to make for a quick commute. The Rail Park, located a short walk north of the site will provide a pleasant green space for future residents of the structure.

YIMBY will be sure to share renderings as soon as they are available. At this time, a completion date is not confirmed, although YIMBY will also share this information once it has been made public.

Be the first to comment on "Permits Issued for 19-Unit Structure at 225-27 North 12th Street in Chinatown, Center City"