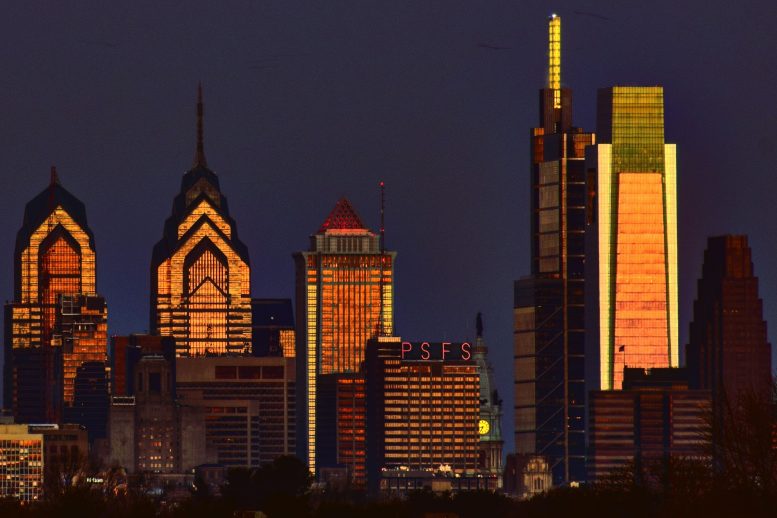 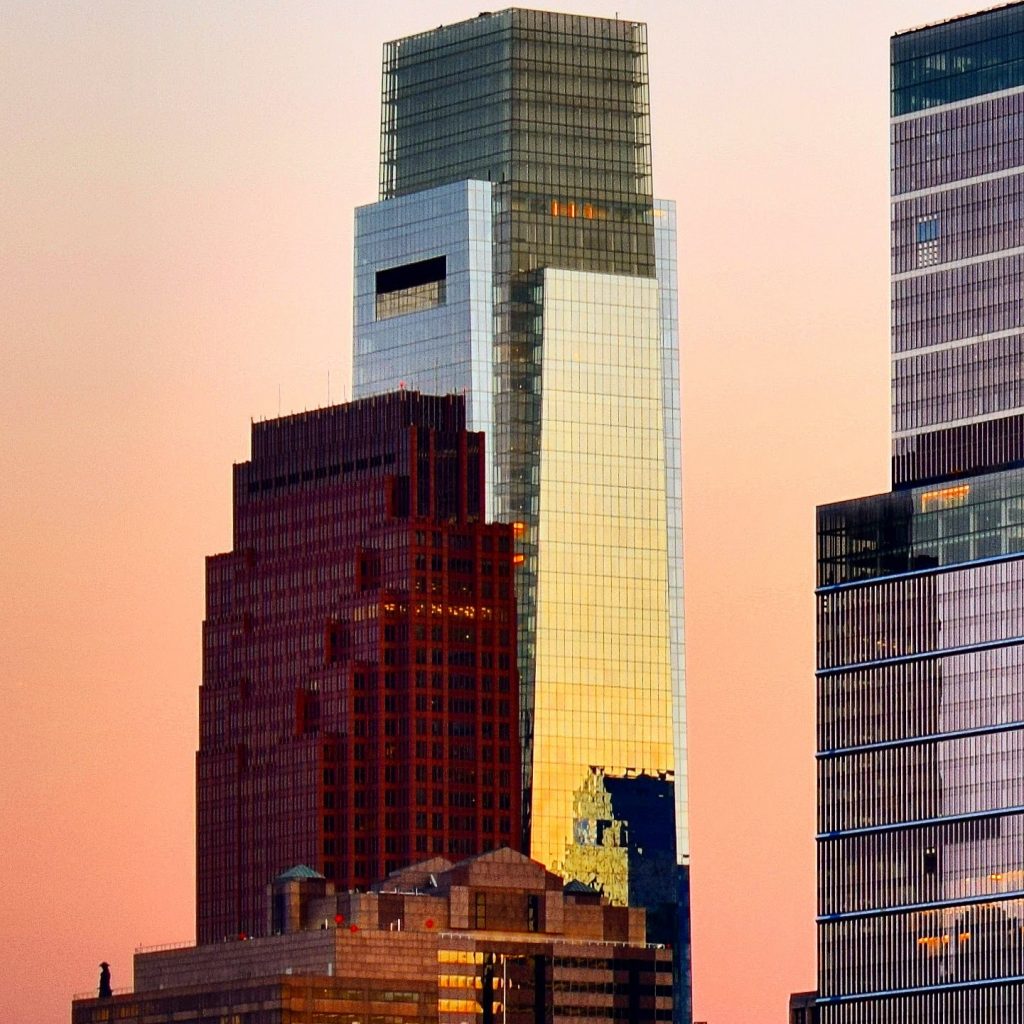 Comcast Center from the Philadelphia Museum of Art. Photo by Thomas Koloski 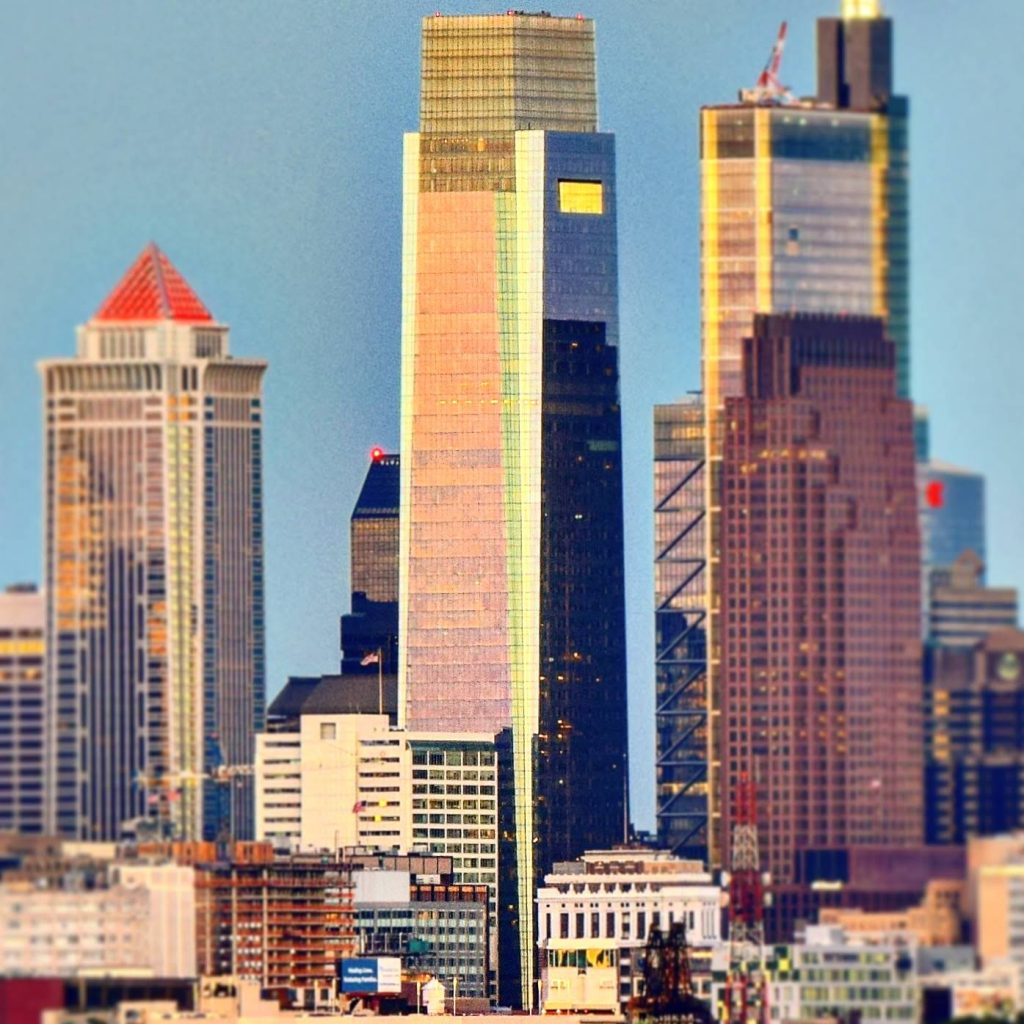 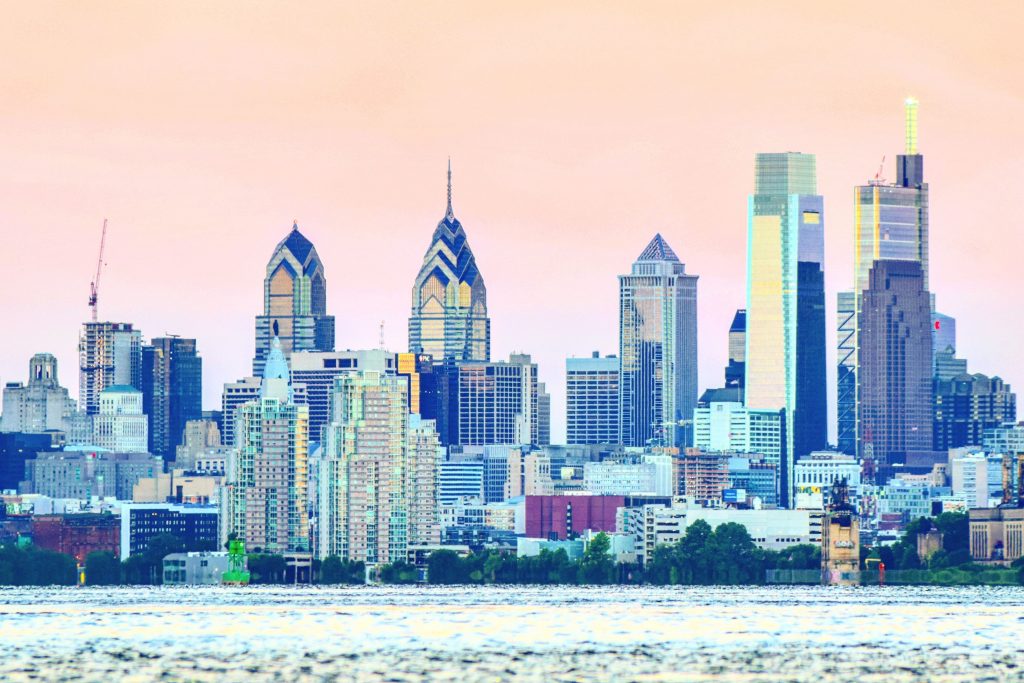 Comcast Center in the Philadelphia skyline from New Jersey. Photo by Thomas Koloski 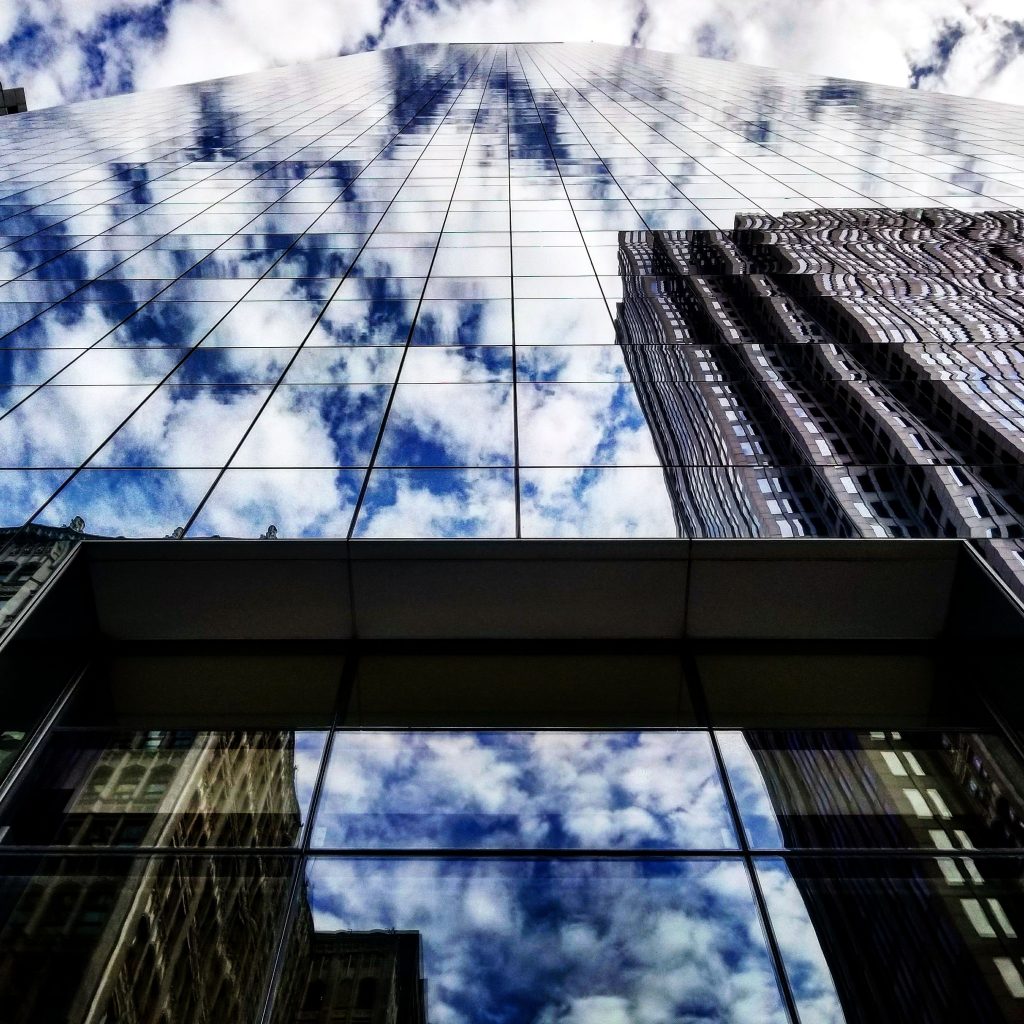 The history of the tower starts with Comcast looking for space in the city in the late 1990’s. The site where One Meridian Place, just to the southwest of City Hall, was being demolished at the time was the site of a proposed skyscraper, dubbed Center City Tower, which would have been a supertall standing 1,050 feet high. But in 2000, rumors went around and the next year an announcement came that Liberty Property Trust and Robert A.M. Stern Architects were teaming up to build a skyscraper at 17th and John F. Kennedy Boulevard. Originally the tower was planned to stand 750 feet tall with every floor plate clad in limestone. A design prior to the finalized one shoed the same shape as the one that stands today, but with a roughly 30-foot-tall pyramid on top, bringing the structure’s height to 962 feet. 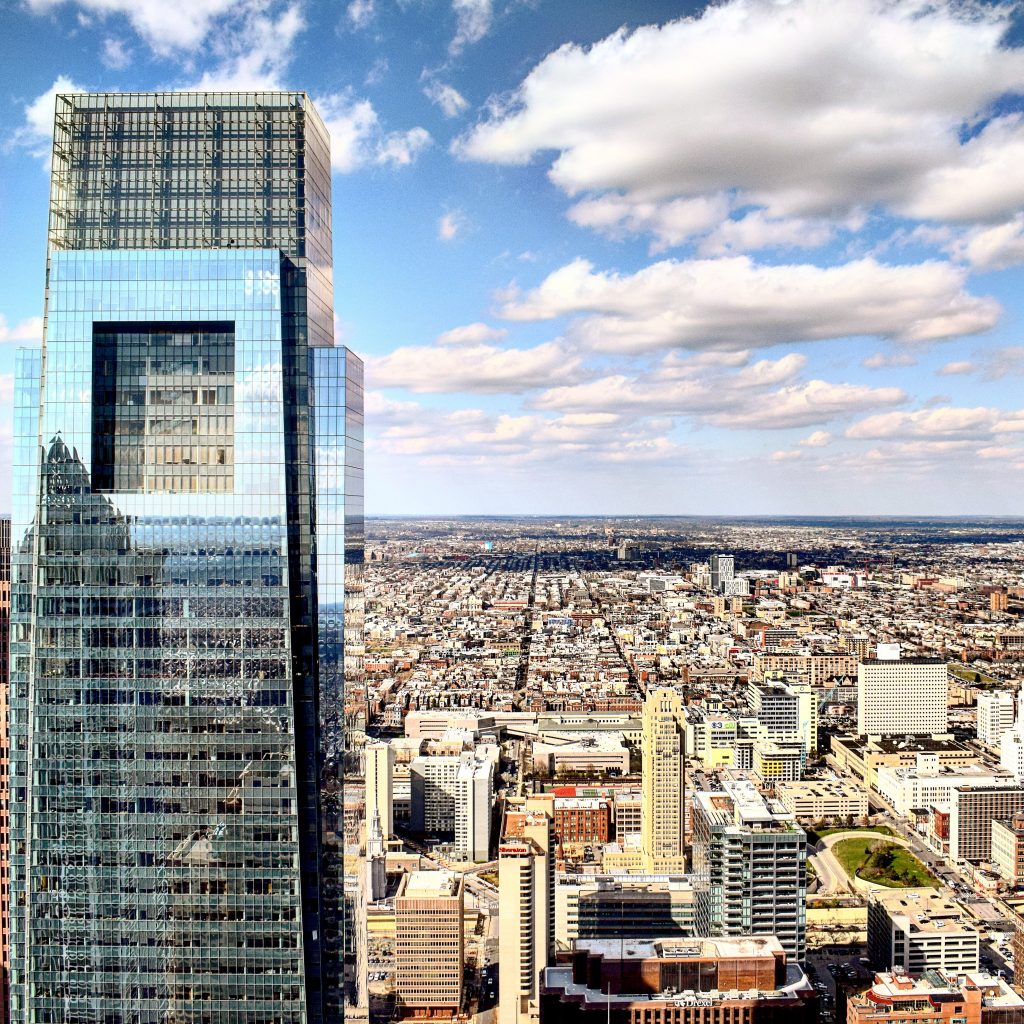 Comcast Center from One Liberty Place. Photo by Thomas Koloski 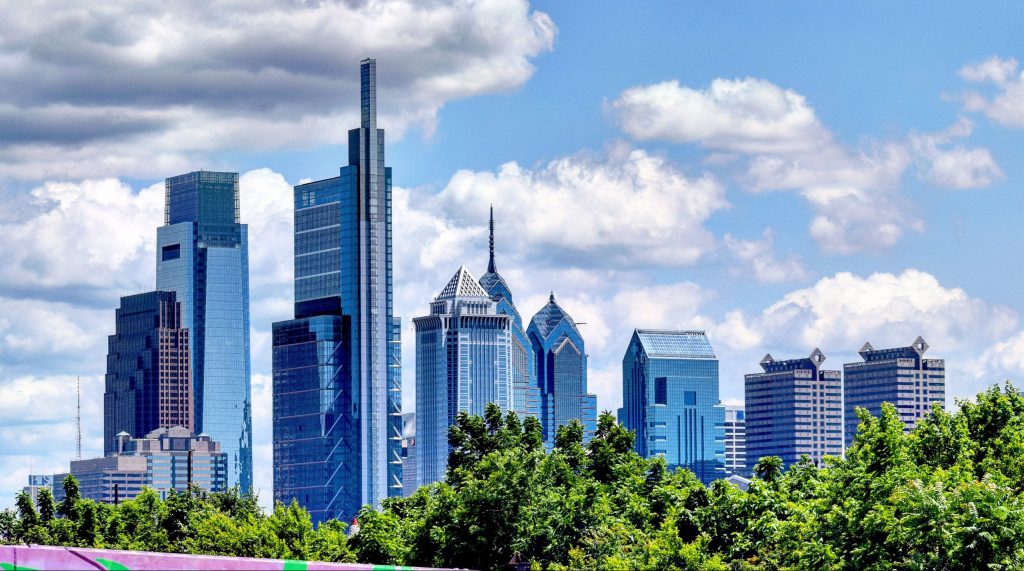 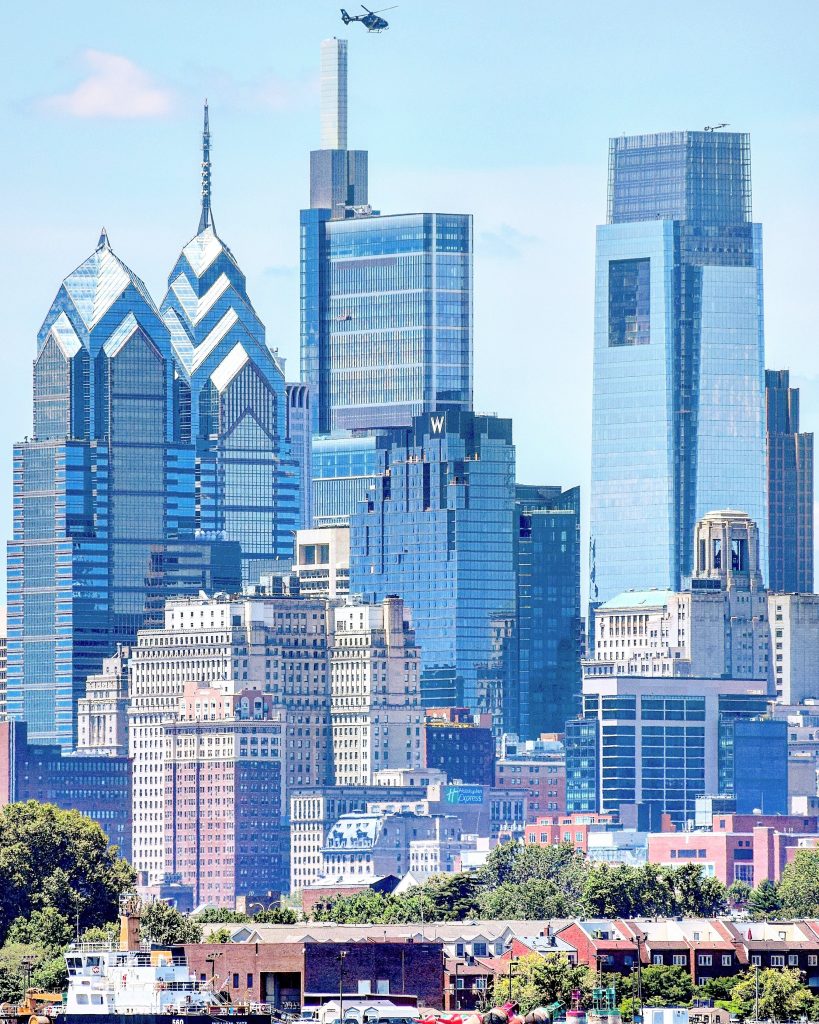 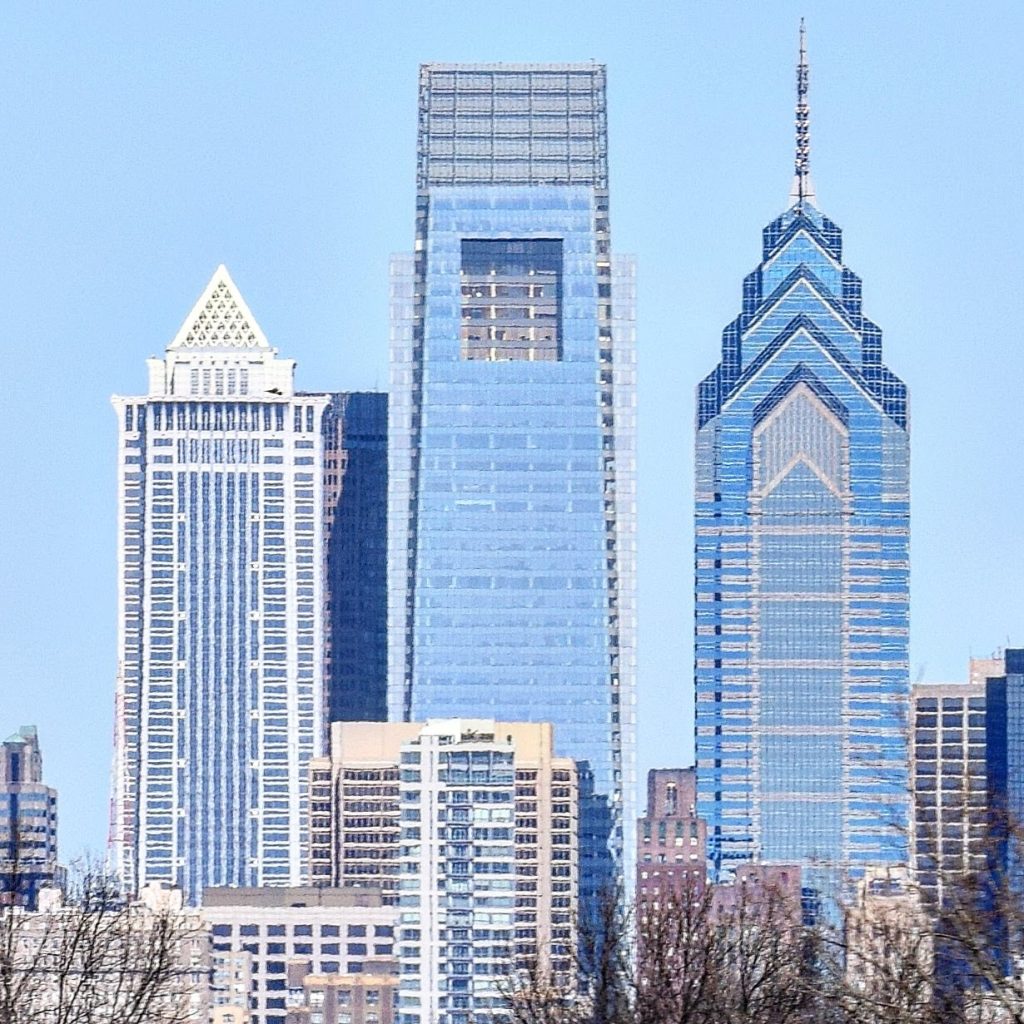 In January 2005, the final design was unveiled at the groundbreaking of the tower and the building officially opened on June 6, 2008. By now, the tower has adorned the skyline for over a decade, and the skyscraper still makes a significant impact with its 1.3 million square feet of space. The high-rise is often said do look like a USB flash drive, while others deride the design as “lazy” compared to the late 80’s towers as “just a glass box.” Regardless, the building gave the Philadelphia skyline a modern look that changed the appearance of the city.

1 Comment on "Looking Back at the Comcast Center, Philadelphia’s Former Tallest Skyscraper"