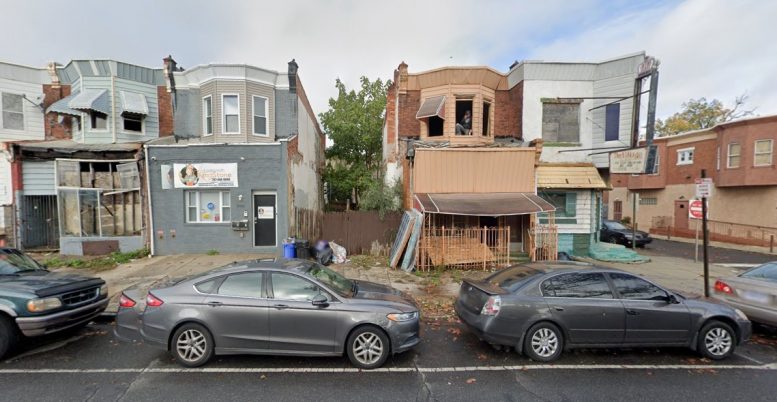 A zoning permit has been issued for the construction of a two-family building at 5341 Chestnut Street in Cobbs Creek, West Philadelphia. The structure will rise in place of a vacant, fenced-in lot that once housed a rowhome. The site is situated on the north side of the block between South Ruby and South 54th streets. The building’s footprint will span 750 square feet. A roof deck will be located atop the structure. Oraiysa Builders LLC is the listed owner.

A prewar rowhouse has stood at the site until it was demolished some time between 2014 and 2016. The two-story structure, with a setbacked and bay-windowed second floor, was part of an ensemble that lines both sides of the street for several blocks. While many of these buildings are preserved in good condition, the same could be said for the demolished rowhouse nor for its remaining neighbors, may of which persist in a dilapidated condition. 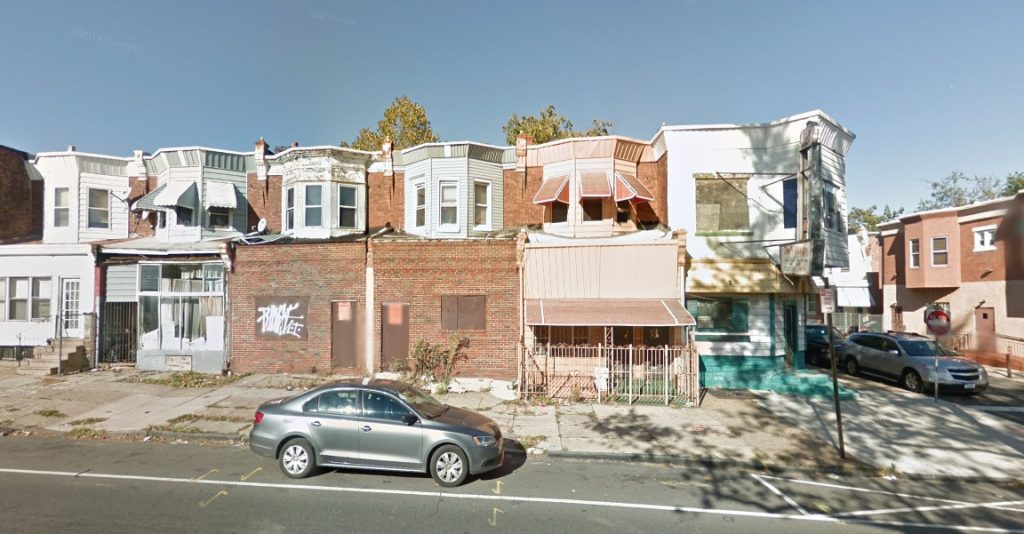 Though new construction continues to spread across the city, the development boom has not yet reached Cobbs Creek. However, sporadic construction filings are beginning to trickle into the area, and we may expect to see more new proposals on the surrounding blocks in the near future, given a growing demand for housing in West Philadelphia (in large part driven by the construction surge in University City). In addition, the block where the proposal is located sits two blocks south of Market Street, where the Market-Frankford Line, which allows for a rapid commute to University City and Center City.

Be the first to comment on "Permits Issued for a Two-Family Building at 5341 Chestnut Street in Cobbs Creek, West Philadelphia"