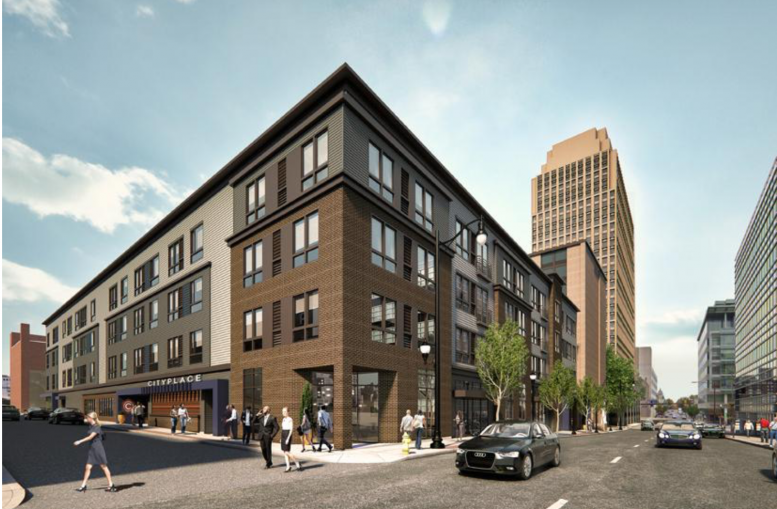 Rendering of the development via City Center Allentown.

Façade work is underway at Cityplace South, a mixed-use development located in downtown Allentown in the greater Philadelphia area. The building stands four stories tall and will hold 78 residential units. The project is attached to an existing nine-story, 120-unit building at 902 Hamilton Street. In addition to the residential space, the development will also feature office space.

The building features an attractive design similar to many others built in the neighborhood in recent years. A primary façade of light and dark gray cladding features brick accents. Uniformly sized windows are located throughout the exterior. 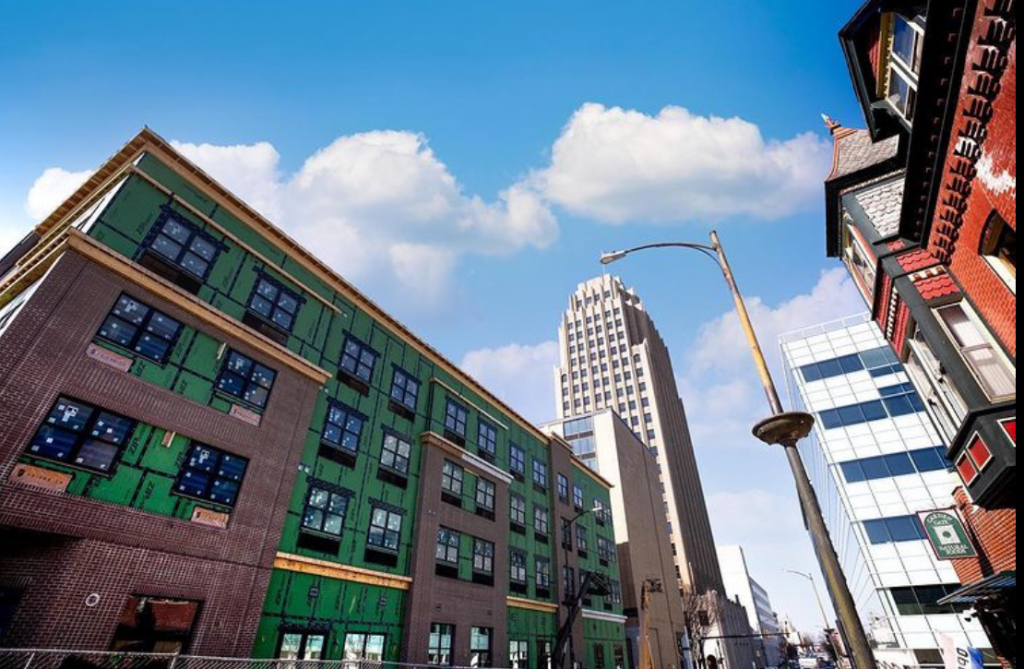 Current view of the development via City Center Allentown.

The structure has been fully framed and topped out some time ago, with window installation complete and façade work currently in progress. The brick portions of the façade have already been completed, while other portions are currently covered in green home wrap. 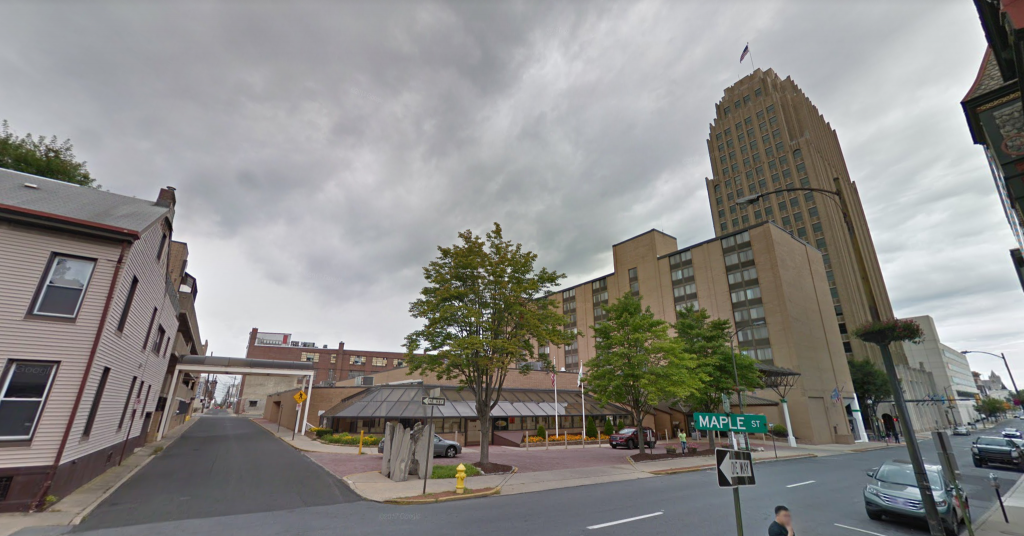 The site of the project via Google.

The new building replaces a single-story amenity structure that was formerly attached to the nine-story Cityplace building. A portion of the property was used as a drop-off space, resulting in the building being set back from the street. It is a positive sign for Allentown’s downtown core that local real estate has become valuable enough to make the construction of a 120-unit project feasible. The new structure also adds urban flair to the block.

Original estimates called for completion in May 2020, though this date has been pushed back. However, pre-leasing has already begun, and the building may be completed later this year.

Be the first to comment on "Construction Progresses at 78-Unit Cityplace South in Allentown, PA"