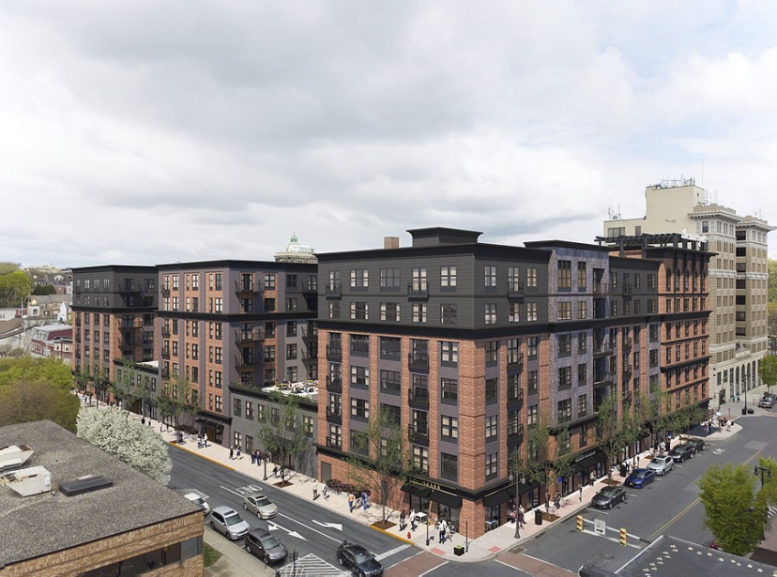 Updated plans have been shared for The Marquis, a large mixed-use development proposed at 27 South 3rd Street in Easton, PA. Designed by Bernardon, the building will stand seven stories tall and feature commercial space on the ground floor. The project will hold somewhere between 270 and 280 apartments, with rents starting around $1,300 per month, and 305 parking spaces, of which some being available to the public. Building amenities will include a dog park, pool, a picnic area, and a roof deck. The design has been updated design since YIMBY last shared renderings in September 2021. 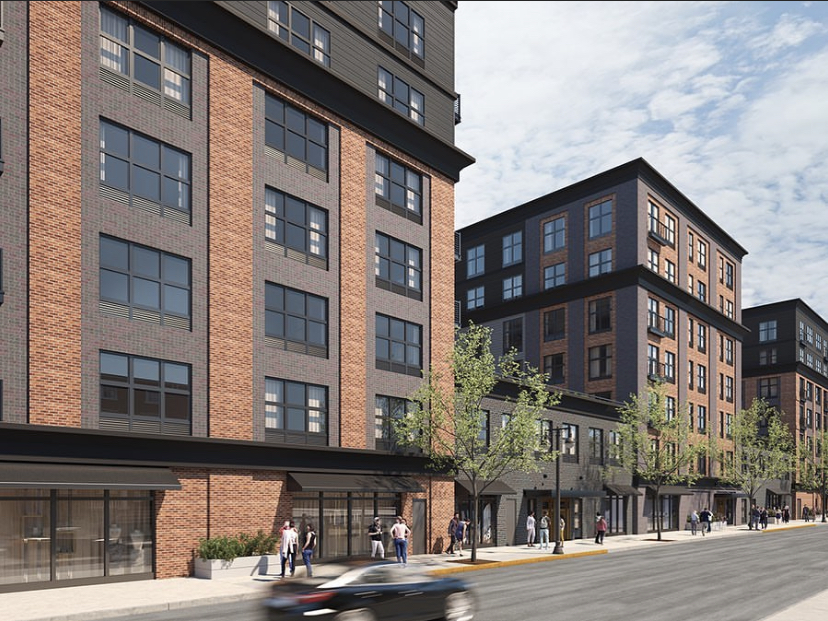 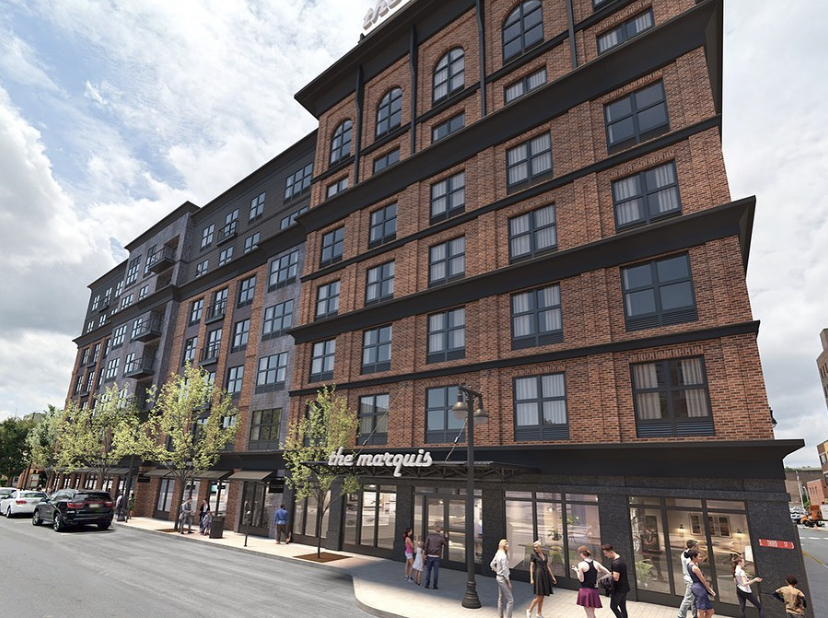 While the design maintains the same massing and general design concept as shown in initial renderings, more details and some minor changes have since been implemented. The structure retains brick on the lower portion and gray cladding on the upper portion facade, the cladding on the upper floors will now utilize a darker shade of gray. Additionally, an articulated cornice has been added above the brick portion on the lower five floors. Upscale features have been added at the ground floor, improving the street presence. 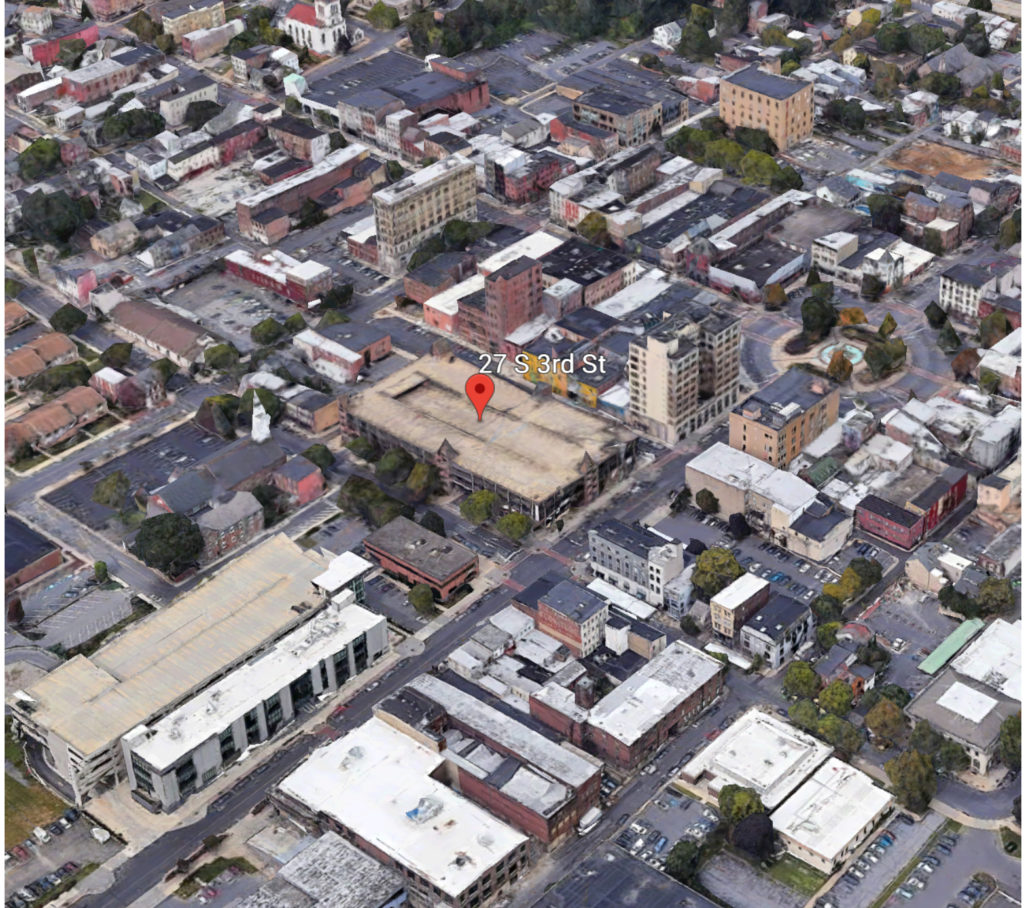 The new building will be replacing a massive parking garage that spans the entirety of the block. As in many other cities, Easton went through a phase of urban renewal of a sort that landed a garage of this sort just steps away from the city center. The structure’s pedestrian-unfriendly design will not be missed upon demolition, and it is good to see a garage of its scale removed from such a prominent and important location. 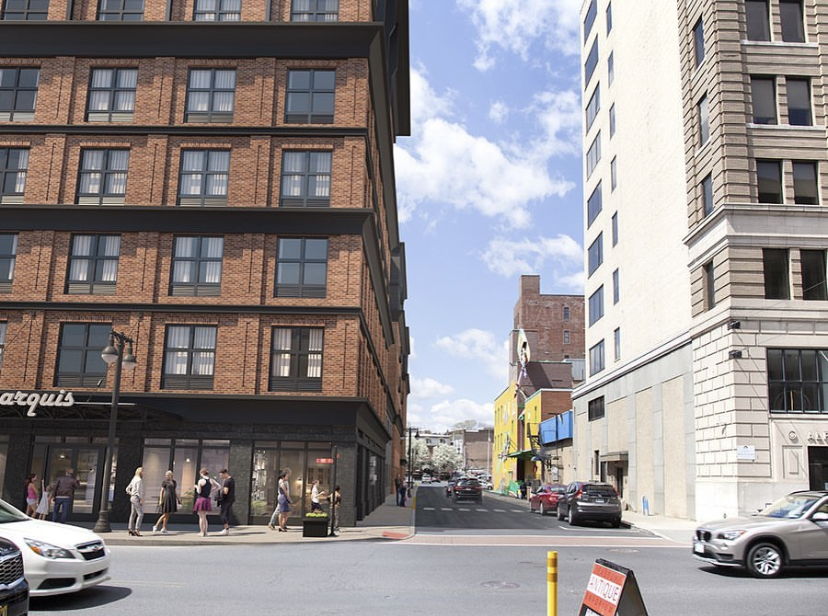 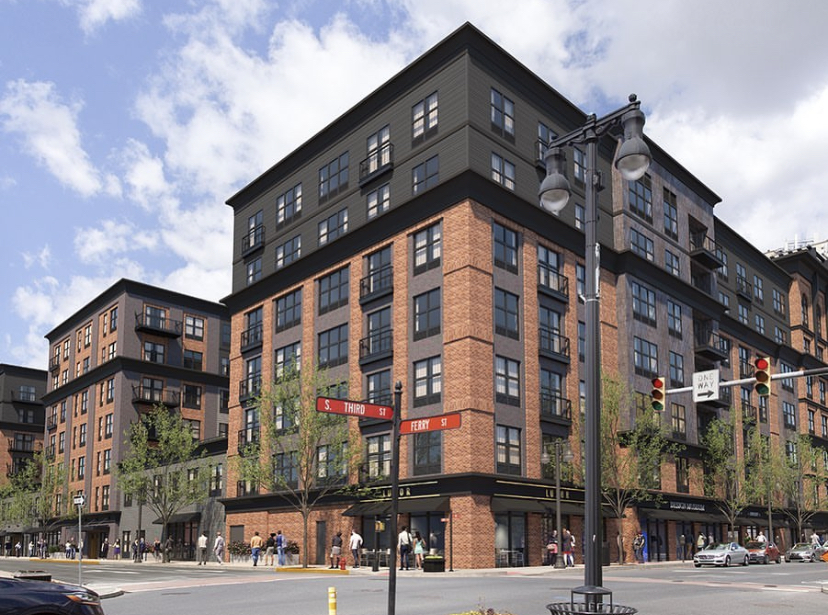 The new building will be a significant improvement over existing site conditions. While the demolition of the parking garage is already a major step in the right direction, the addition of a mixed-use building of this scale is even more important. Adding more residents in Easton’s center will help support the many surroundings businesses and restaurants and will strengthen the overall city core. Meanwhile, the new commercial space on the ground floor will help grow Easton’s commercial offerings. The new building will somewhat closely resemble the structure that formerly stood at the site, before it was razed for the construction of the parking garage: 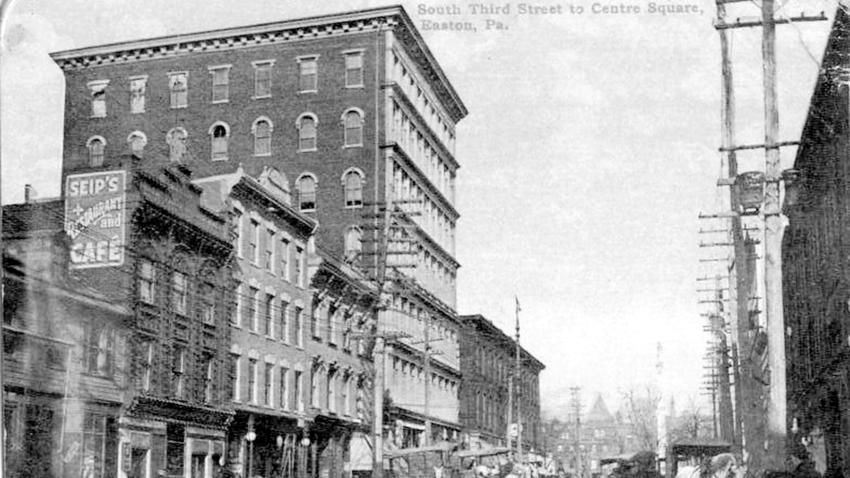 Former view of the site. Image via The Morning Call.

The project should serve as a role model for other new development in Easton and the Lehigh Valley moving forward. With institutions such as Lafayette College supporting to the area, and strong downtown cores like that of Easton, the area appears ripe with potential for more dense urban development which will improve walkability in these locations.

2 Comments on "Updated Plans Revealed for The Marquis in Easton, PA"

Construction Nearly Complete at The Elm at 114 Forrest Avenue in Narberth, PA