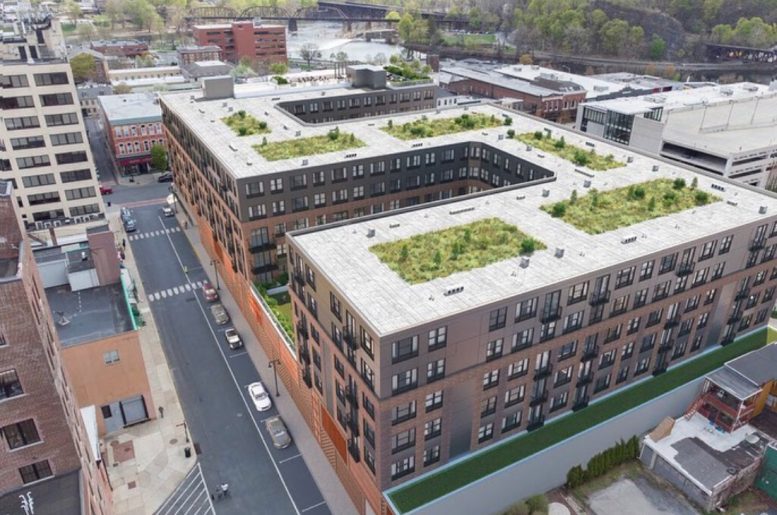 Renderings have been revealed for The Marquis, a 274-unit mixed-use development at 27 South 3rd Street in Easton, PA, a city located in the greater Philadelphia metropolitan area. Designed by Bernardon, the building will rise seven stories tall, with a total of 403,685 square feet of space, including 6,192 square feet of retail space on the ground floor along 3rd Street. The apartments will feature 59 studios, 115 one-bedrooms, and 95 two-bedroom units. Five live/work units will also be included in the project, as well as 302 parking spaces. 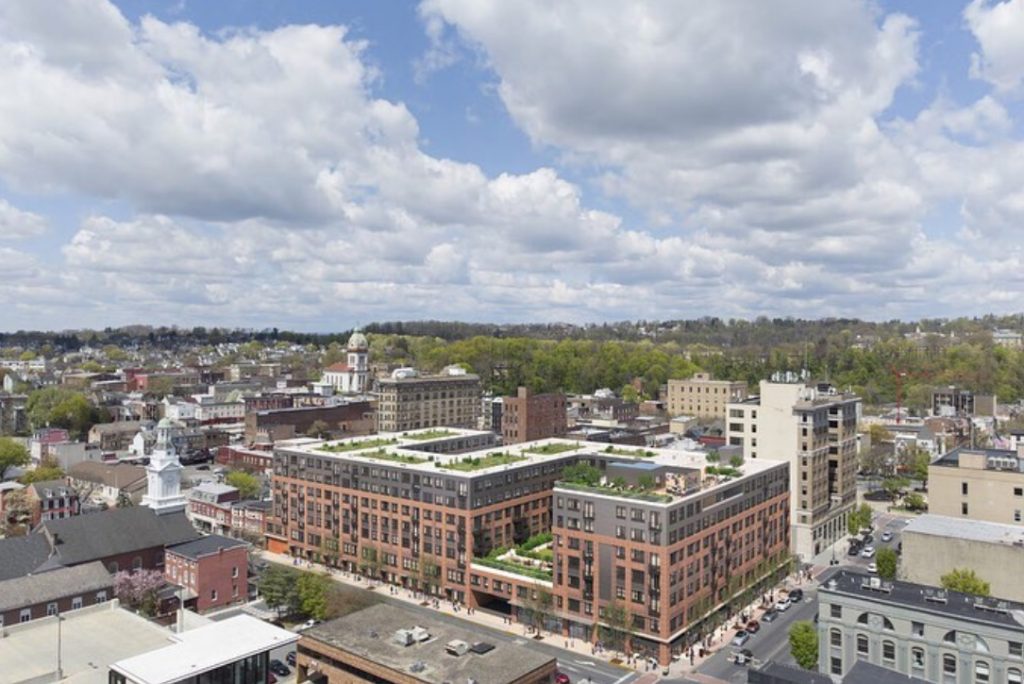 The building will feature an attractive, modern exterior, with brickwork rising to the fifth floor. The upper two floors will be covered in gray cladding, forming a material pairing commonly used on new buildings. Gray cladding will also be used on the lower floors to provide contrast. Large, industrial-styled windows will be located throughout the facade, which will allow for ample natural light to reach the interior. Street trees will be planted throughout the footprint of the building, which will greatly improve the streetscape on a block located in the city’s central district. 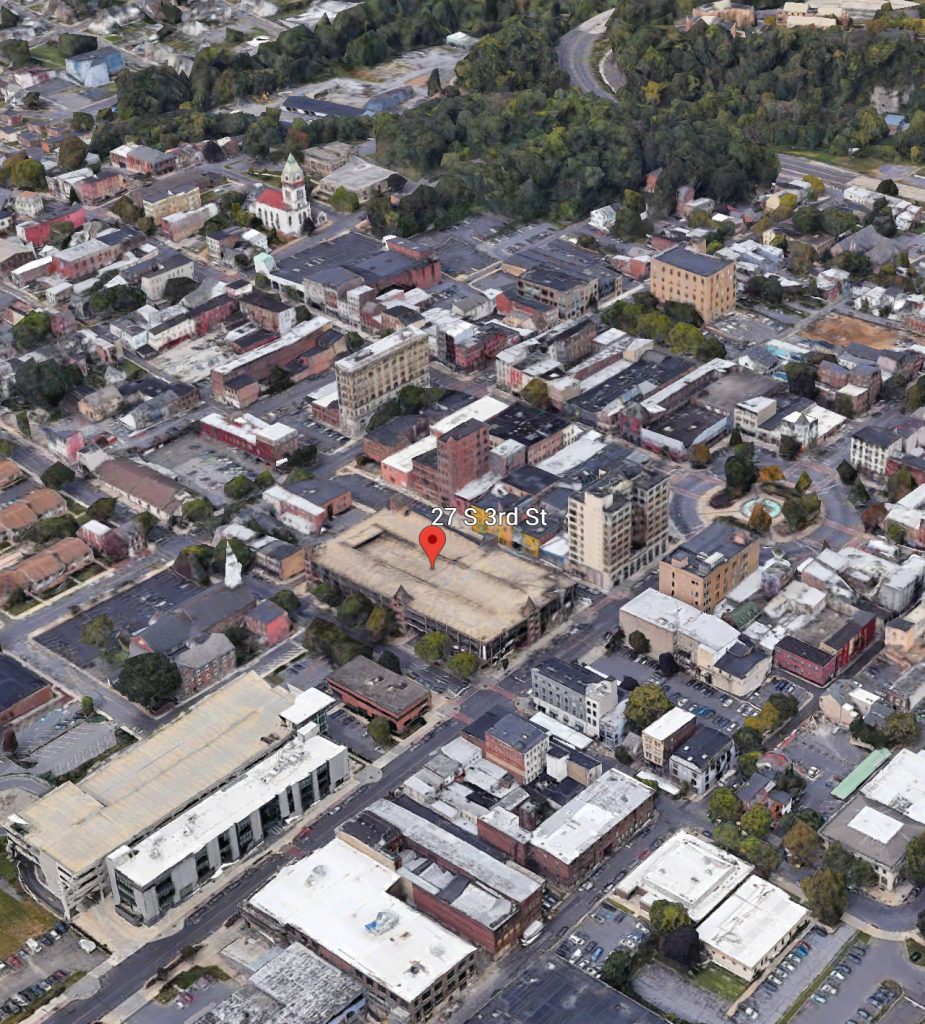 The building will be replacing an existing Goliath of a parking garage that is the current occupant of the site. The structure exudes a drab gray presence on the surrounding blocks, and takes up an inordinately large amount of space in the city’s heart. Although some trees are planted around its footprint, the structure otherwise projects an incredibly foreboding atmosphere on the surrounding sidewalks, with blank walls and curb cuts negatively affecting the pedestrian experience around the property. 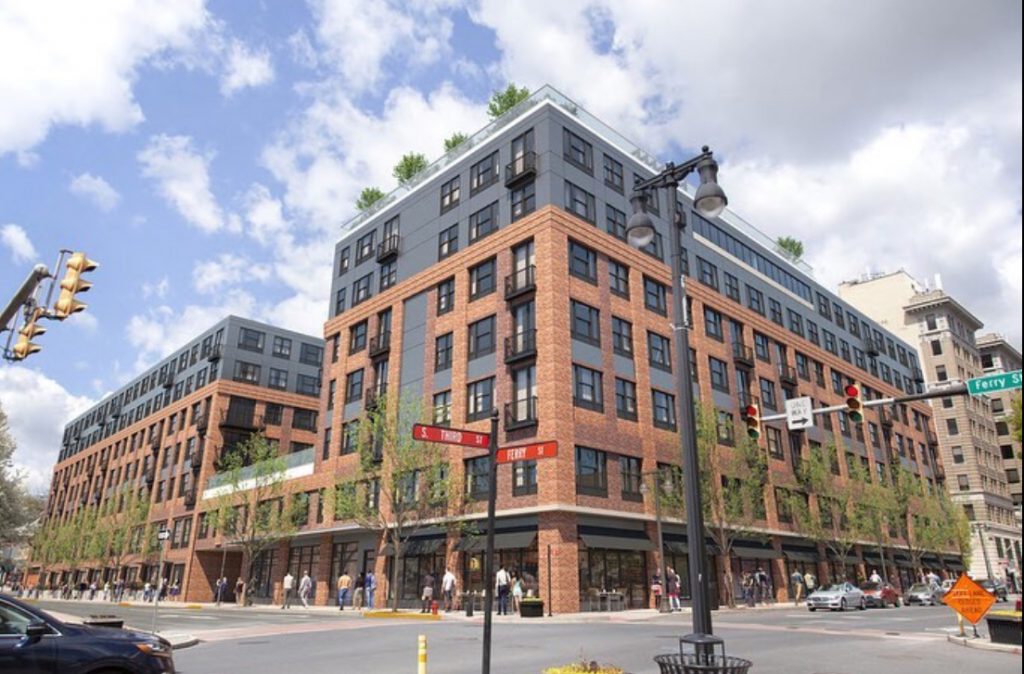 The new building will bring a massive improvement to the site. The removal of the massive parking garage is already a benefit to the neighborhood by itself, as it is currently holding back the surrounding area from reaching a higher potential. The Marquis will add around 400 residents to the area, as well as commercial space that will contribute to the city’s retail and restaurant stock. This added density will support the many businesses located in the surrounding area, while the commercial space will help enliven Downtown with new street-fronting commercial space.

A visit to Easton’s category page shows the hundreds of residential units planned or under construction in the city. With many more projects in the pipeline, the city’s population may begin to observe notable growth, following a common trend in the Lehigh Valley as a whole. 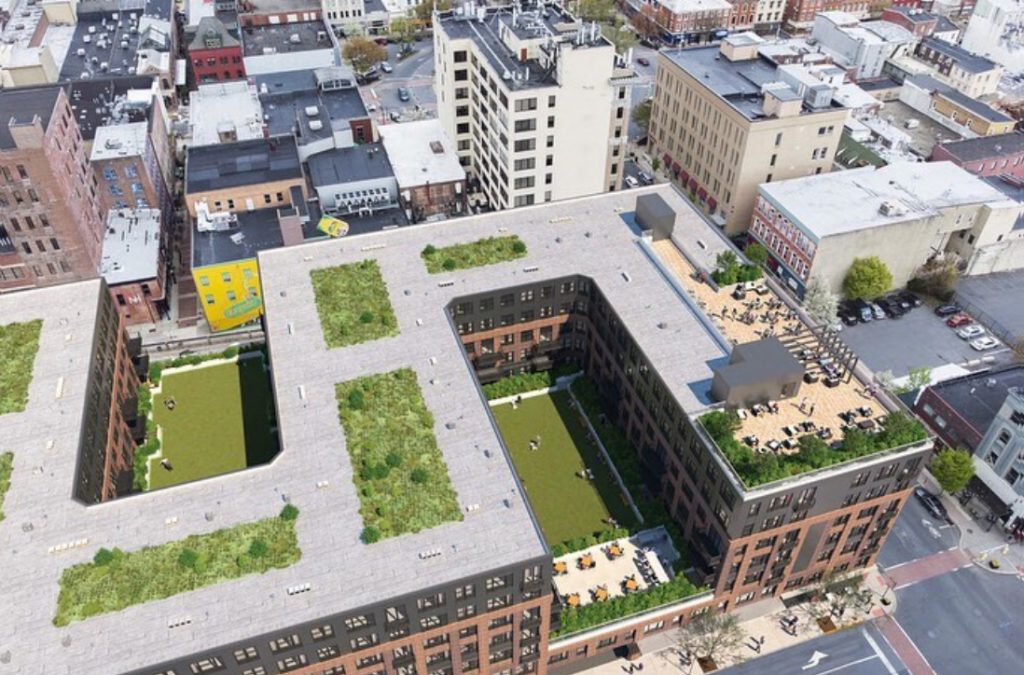 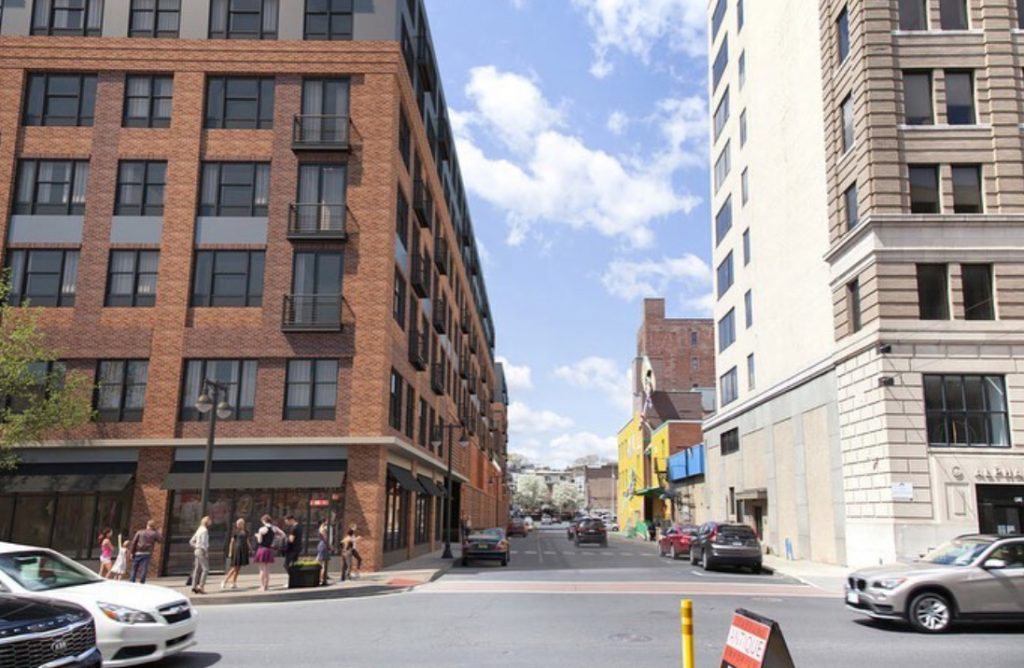 The development will come with an estimated price tag of $70 million.

3 Comments on "Renderings Revealed for The Marquis at 27 South 3rd Street in Easton, PA"

Updated Plans Revealed for The Marquis in Easton, PA

Construction Nearly Complete at The Elm at 114 Forrest Avenue in Narberth, PA