Significant construction progress has been made on Matson Mill, a large multi-family development at 101 Washington Street in Conshohocken. Designed by Hord Coplan Macht, the building rises five stories tall and will include 280 residential units that will be arranged as studio, one-, or two-bedroom apartments. The project is located next to the Schuylkill River Trail and will also include 310 parking spaces to support residents’ transportation needs. IMC Construction is the project contractor.

The development will feature a unique design with a stately and modern façade. Most noticeable about the project’s façade is the stone work situated on the more prominent locations of the structure. Here, black cladding is also used as well as large windows to help the building resemble the “mill” in its title. Other portions of the building will feature a more modern exterior with a mixture of white and black cladding. 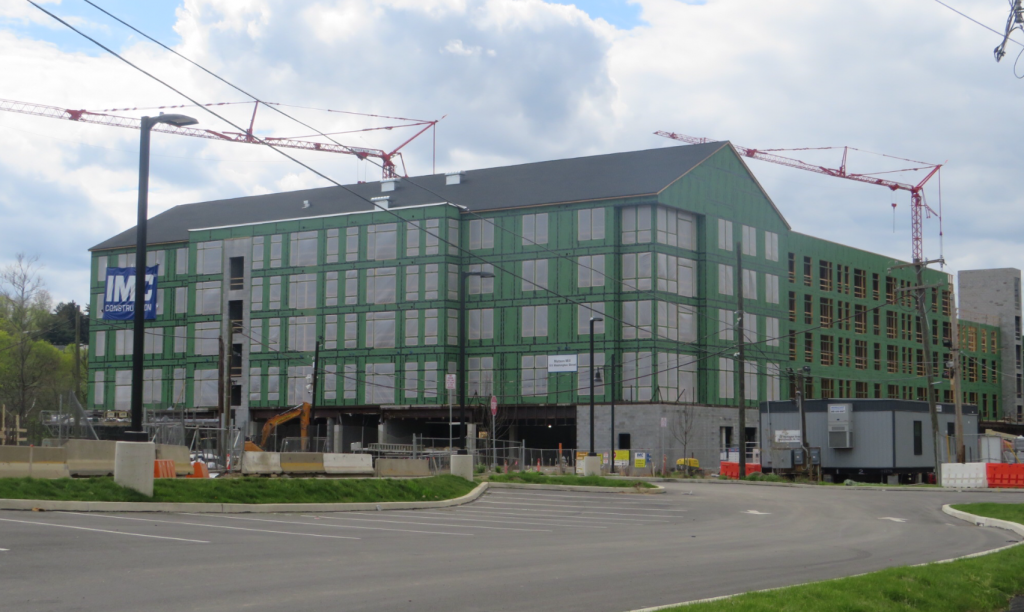 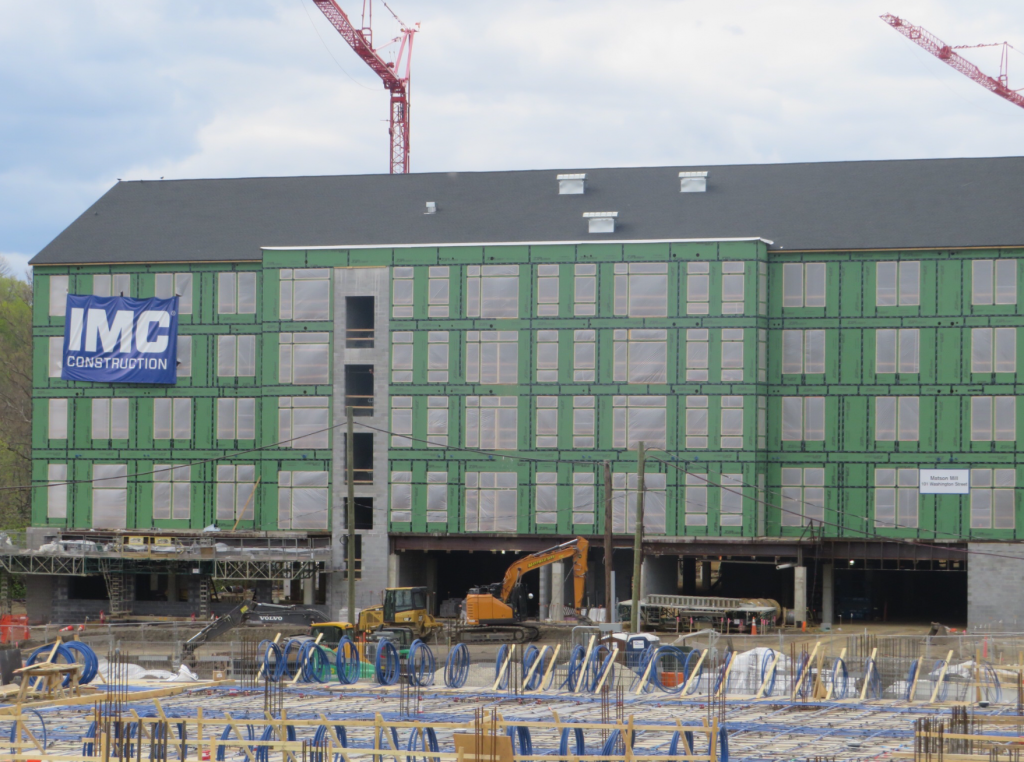 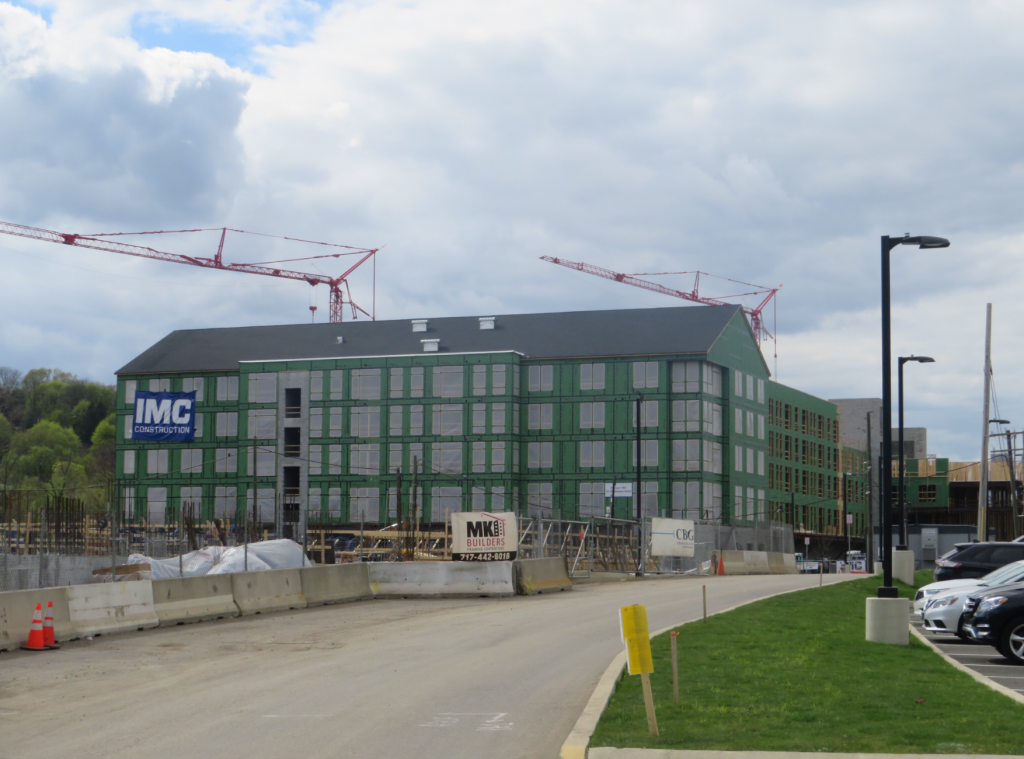 Less progress has been made on the northwest portion of the building.  One section of the building has not yet been fully framed, another section not yet topped-out, and in one more section only the the concrete cores have been topped-out with framing beginning below. Overall, the project is moving very quickly, and it is rapidly taking shape as one of Conshohocken’s largest active developments.

Transit access is offered mere steps away from the project by means of Regional Rail via the Conshohocken Station. Adding such a large amount of density so close to transit is always a positive, and the large amount of new residents will continue to help Conshohocken’s downtown area thrive and grow, supporting businesses and adding more ridership to the rail station.

The project is expected to reach completion in the second quarter of 2022.

The Town, the Suburb, and the Urban Spirit: a Detailed Look at 400 West Elm, 13-Story, 348-Unit High-Rise Underway at 400 West Elm Street in Conshohocken, PA