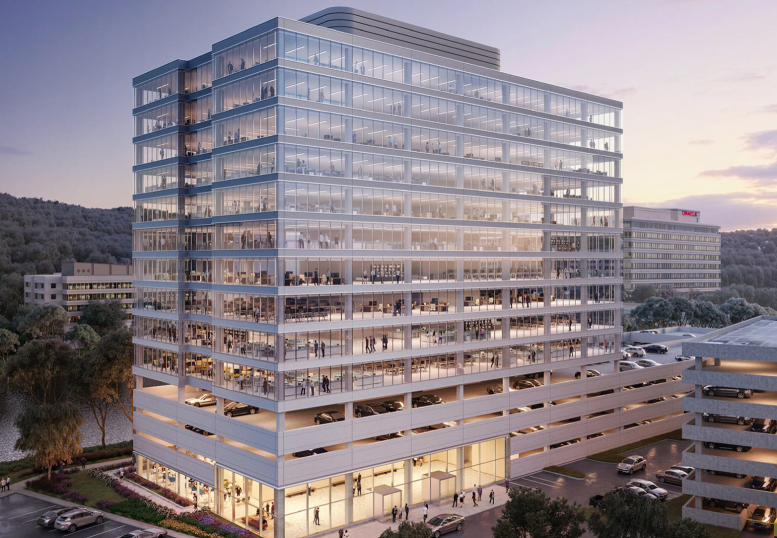 Completion of construction is approaching rapidly at Seven Tower Bridge, a large office development situated by the Schuylkill River in Conshohocken, northwest of Philadelphia. The main tower stands 14 stories tall, holds 250,000 square feet of office space, and sits atop an 820-car parking garage podium which allows the building to reach a greater height than it would have otherwise. Amenities will include a two-story marble lobby, a gym, and a riverside café. 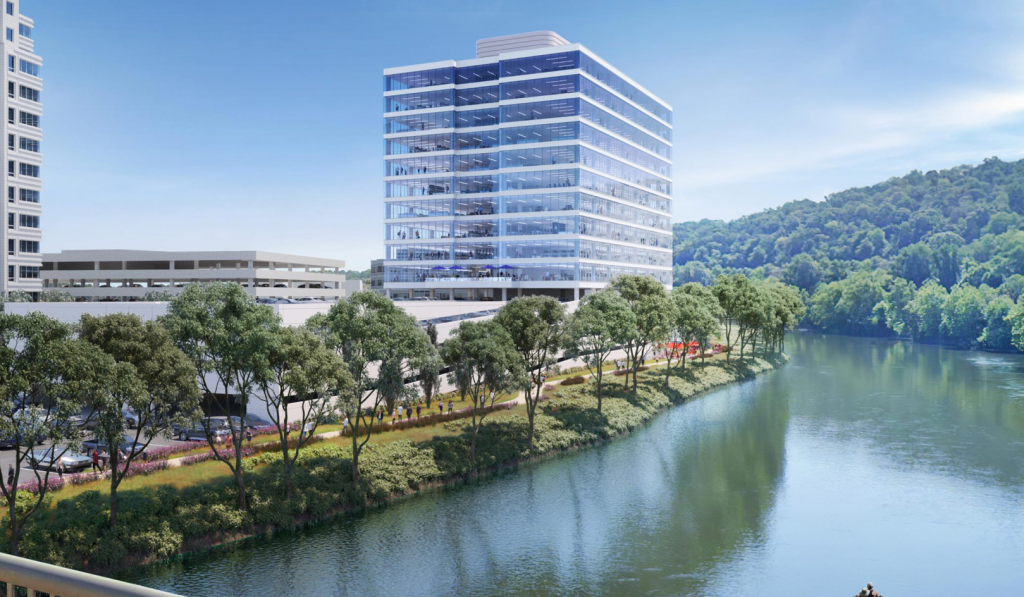 The tower features a modern, all-glass façade that stands out on the Conshohocken Riverfront and is visible from many locations throughout the town and the surrounding area. Between each row of windows, white cladding is utilized to add depth to the design. The parking garage portion of the building takes up a larger footprint than the tower, expanding the scale of the development. 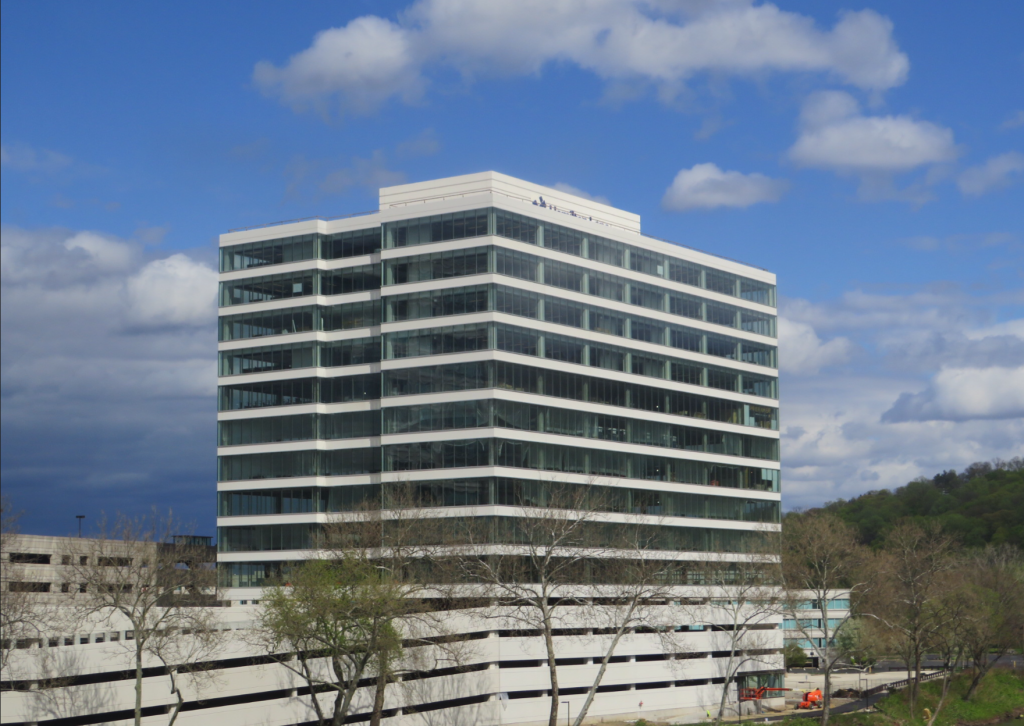 The tower was topped out on June 19th of 2020. At that time, most of the structure stood as a n exposed steel skeleton. Since then, significant progress has been made, with façade work wrapped up revealing the near final appearance of the tower. The site surrounding the project is still closed off and contains the remaining construction equipment although the vast majority of the remaining work lies within the tower itself. 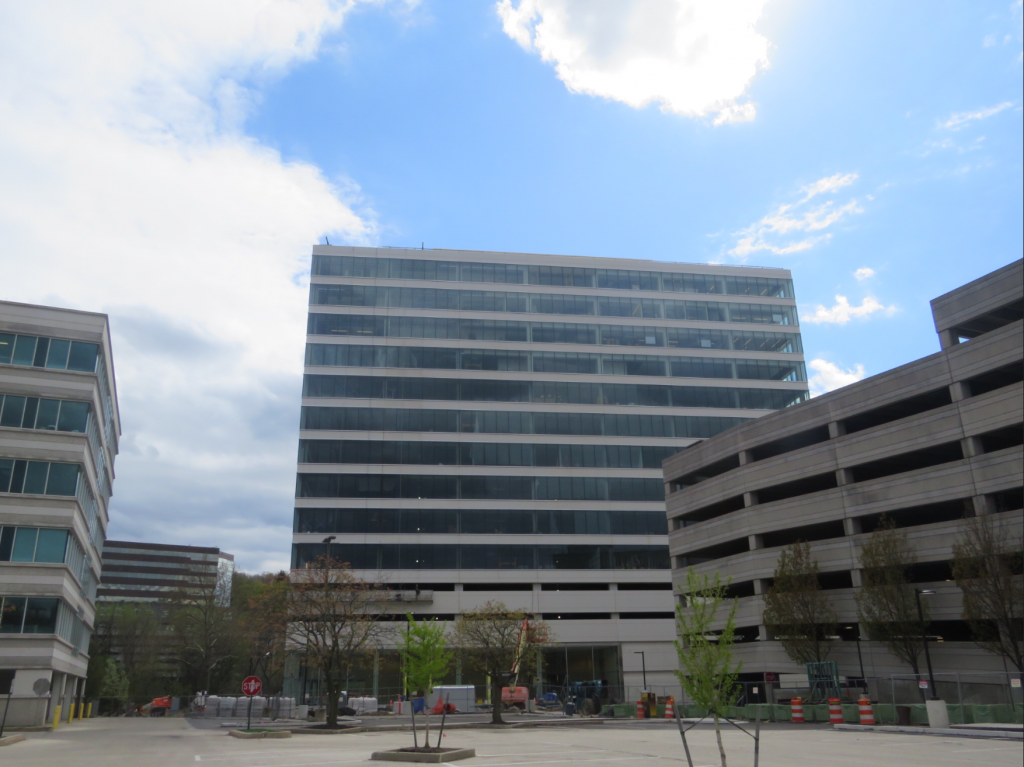 The glass façade turned out just as renderings suggested, giving Conshohocken a fresh, new design to help boost the town’s mini-skyline. As the building nears the finish-line and eventually opens, its impact on Conshohocken will show with additional jobs and commerce added to the town.

YIMBY will update readers as the tower nears completion.