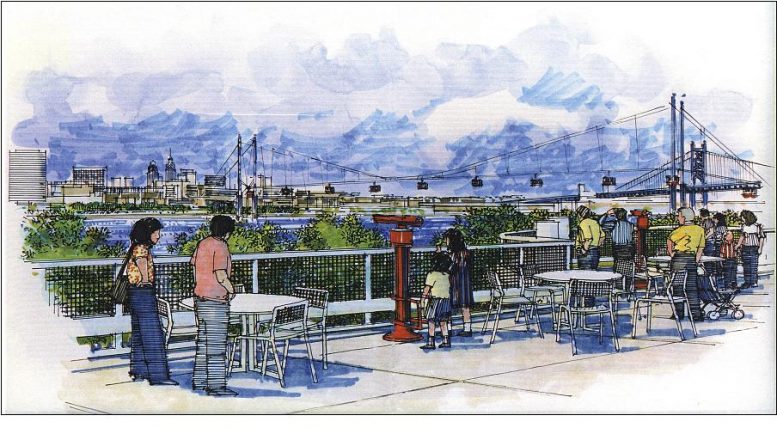 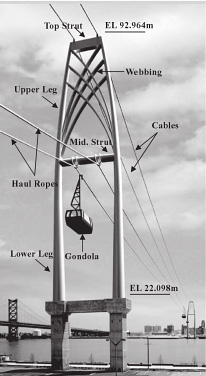 The idea of the proposal was sparked by the construction boom in the 1980s, and eventually details about the project were released to the public in late 1997. The Delaware River Port Authority moved confidently with the proposal, which would had also included an entertainment center planned on the Camden side. On the Philadelphia side, passengers would be let off at Penn’s Landing by the bus stop on Penn’s Landing Road. The towers of the project would have a reinforced concrete structure, with round columns rising above the pedestal to a curving web up at the top. 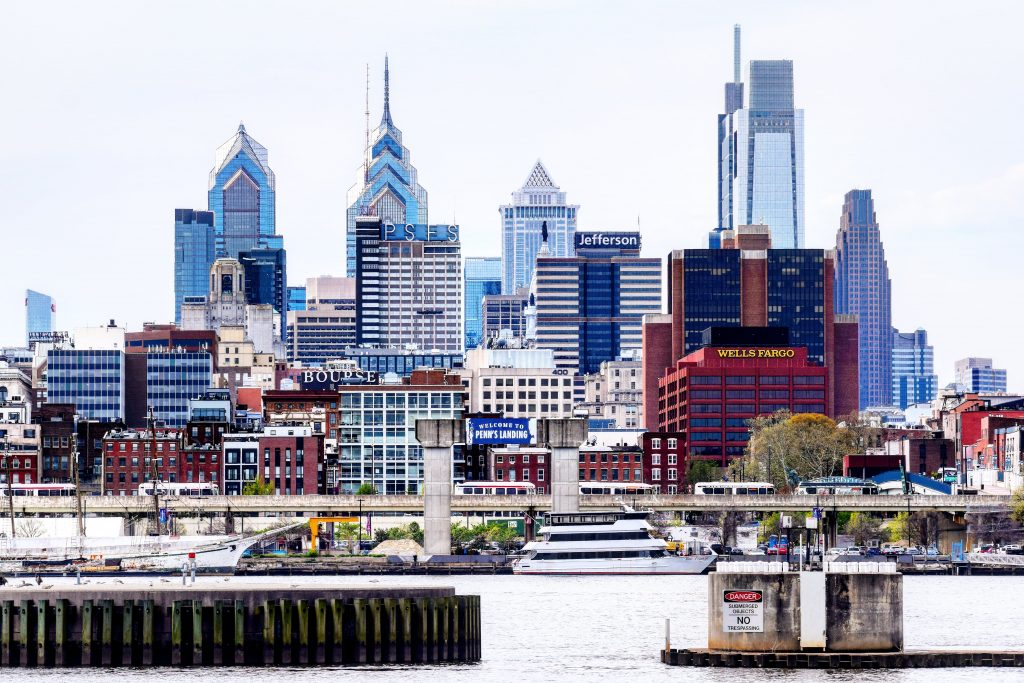 The project was given the green light, and on December 6, 2000, construction had started. But even after the foundations were underway to support the structures above, strong opposition from the Camden side contributed to the east tower being stalled, and it currently still stands just ten feet above the Delaware River. On the west side, the pedestals was completed by 2002, but the project was abandoned by 2004, with fewer and fewer updates being released. The west side pedestal was demolished in the summer of 2020.