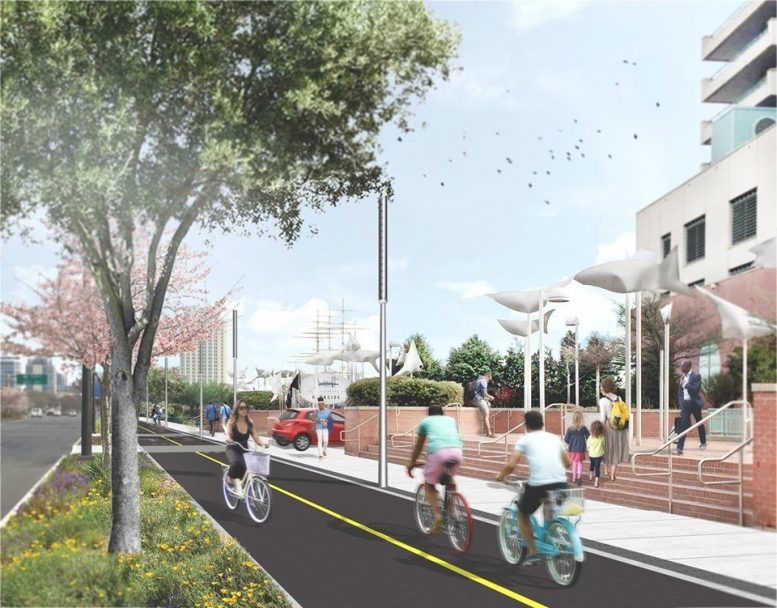 Above the Delaware River Trail. Photo by Thomas Koloski

In our previous update on the Penn’s Landing Redevelopment, YIMBY reported that the ground was being torn up, presumably for the project developed by The Durst Organization. Groundwork appeared to be in progress at one of the development sites at the beginning of the year. This took place a year after the demolition of the lower portion of Penn’s Landing SKylink Aerial Tramway, which was the only component of the tram that had been built. The concrete structure stood near the ice skating rink.

Our recent visit to the site noted much progress since the winter, with excavators moving earth for the pedestrian path. On the fences around the site, banners are now hung up promoting the project and the teams of people behind it. Most of the work has taken place between Chestnut Street, Penn’s Landing Road, and Market Street, with the parking lot to the east filled with construction equipment and trailers.