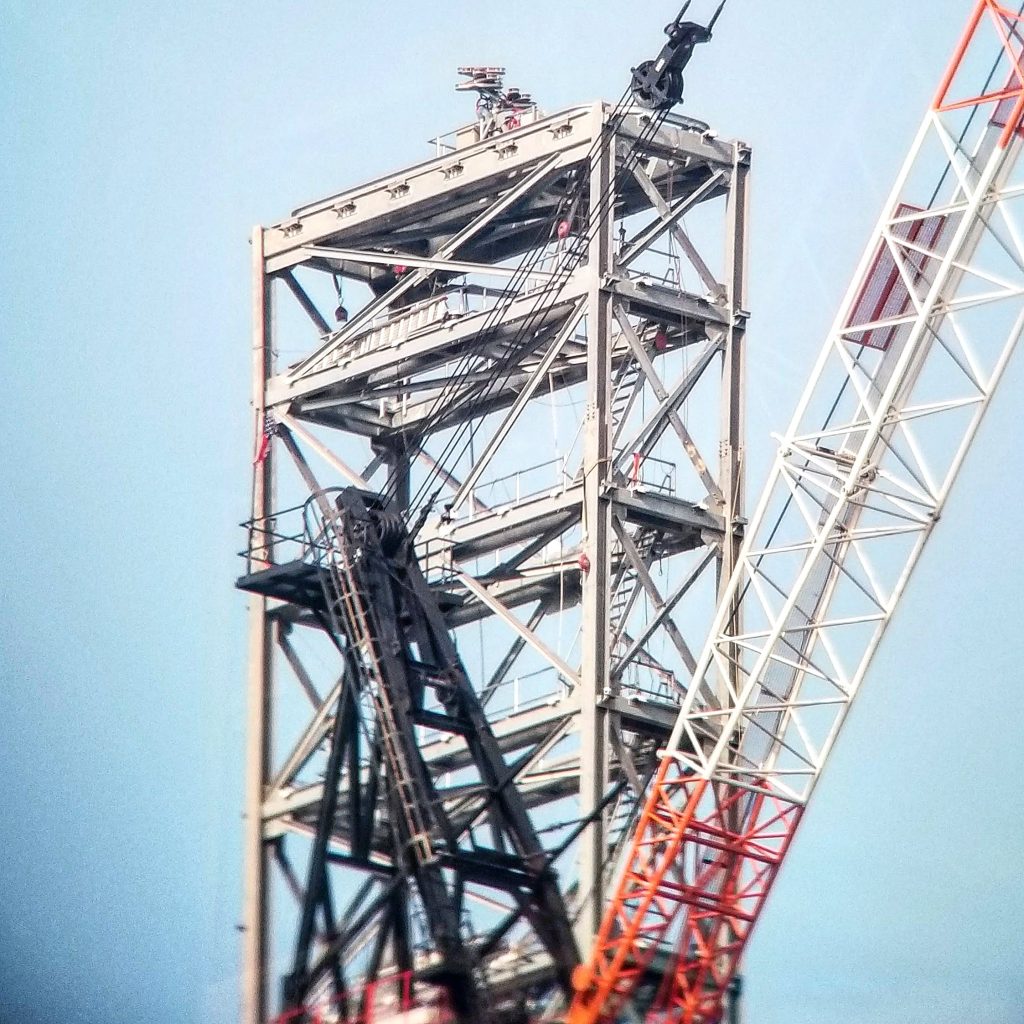 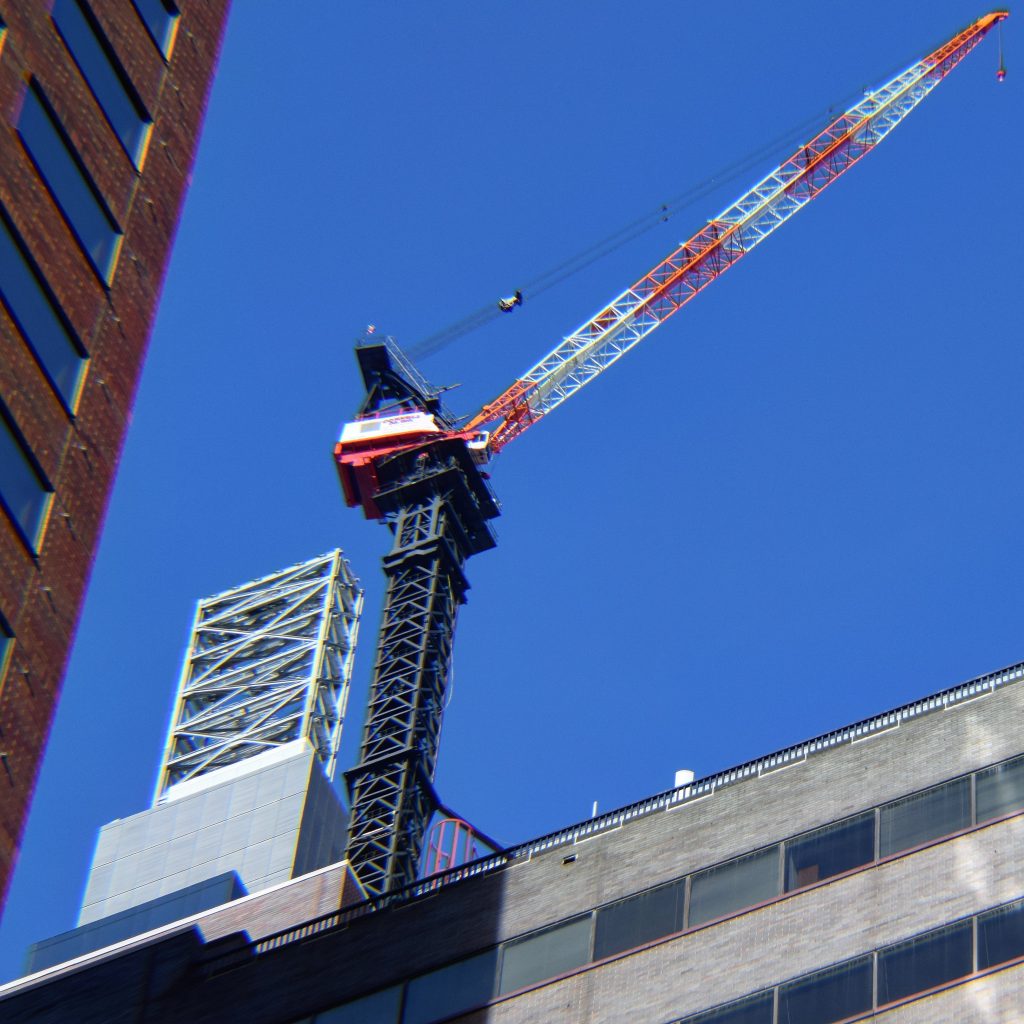 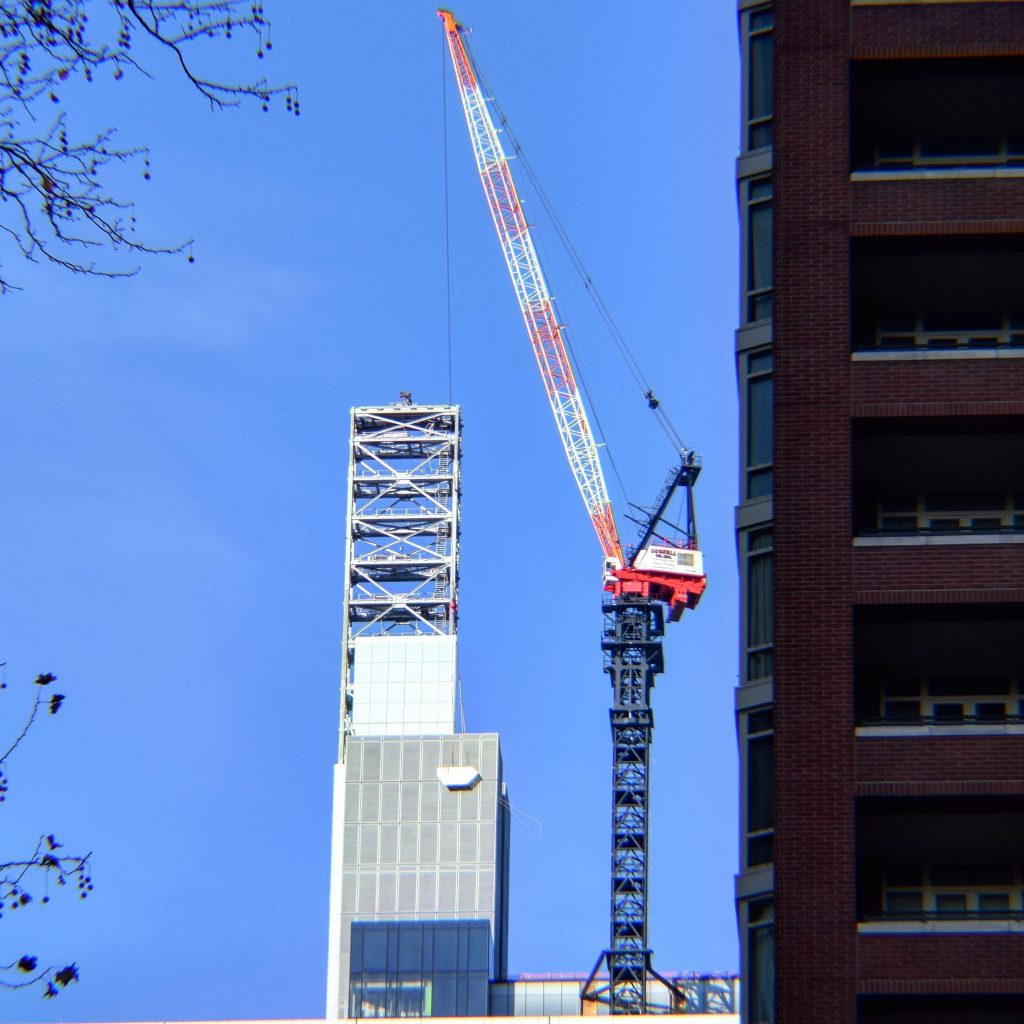 The photographs are taken just under two months after the topping of the tower, with the glass on the lantern already underway at the time. When first witnessing the completed steel structure, a sense of relief and amazement flows as the tower reaches an incredible height and the structure was done rising. The tower crane attached to the south side of the tower had its cab at a height around 1,030 feet, as the tip of the boom stood a a height of 1,150 feet when maneuvered to its highest angle. 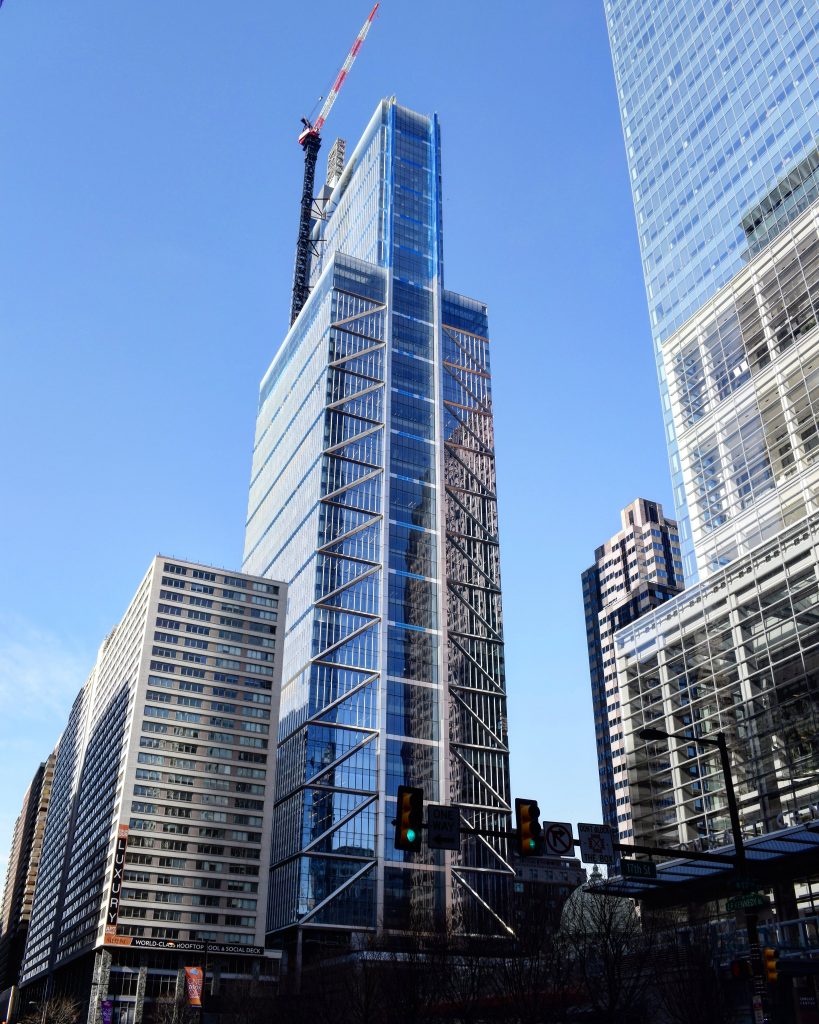 Comcast Technology Center under construction in the skyline. Photo by Thomas Koloski

On the west side of the skyscraper, the temporary construction elevator was coming down to soon install the glass on the “spine” of the building. The cladding on the skyscraper not including the cooling towers and spire have been completed since October 2017, giving a glimpse at the final look of the skyscraper though lots of protective blue tape was on the metal cladding.