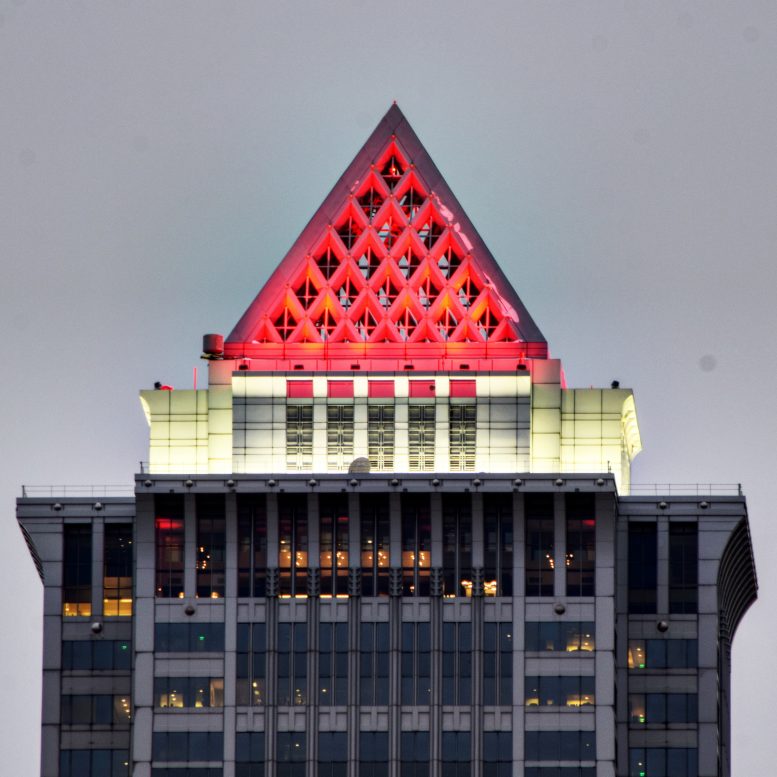 The Center City skyline had drastically changed in the late 1980s with the construction of newly approved skyscrapers standing over the former, informal 548-foot height limit established by City Hall. In late 1990, Mellon Bank Center, located at 1735 Market Street in Center City, joined the skyline with its bright materials alongside the other new, amazingly designed skyscrapers. The tower stands 54 stories above the ground with a total height of 824 feet to the tip of the crown and a roof height of 792 feet. The skyscraper was designed by Kohn Pedersen Fox, which is currently constructing Arthaus a few blocks to the south of City Hall. The tower is owned by Silverstein Properties, which also owns the World Trade Center in New York City. The building received a name change for a branding initiative, and is now called the BNY Mellon Center. 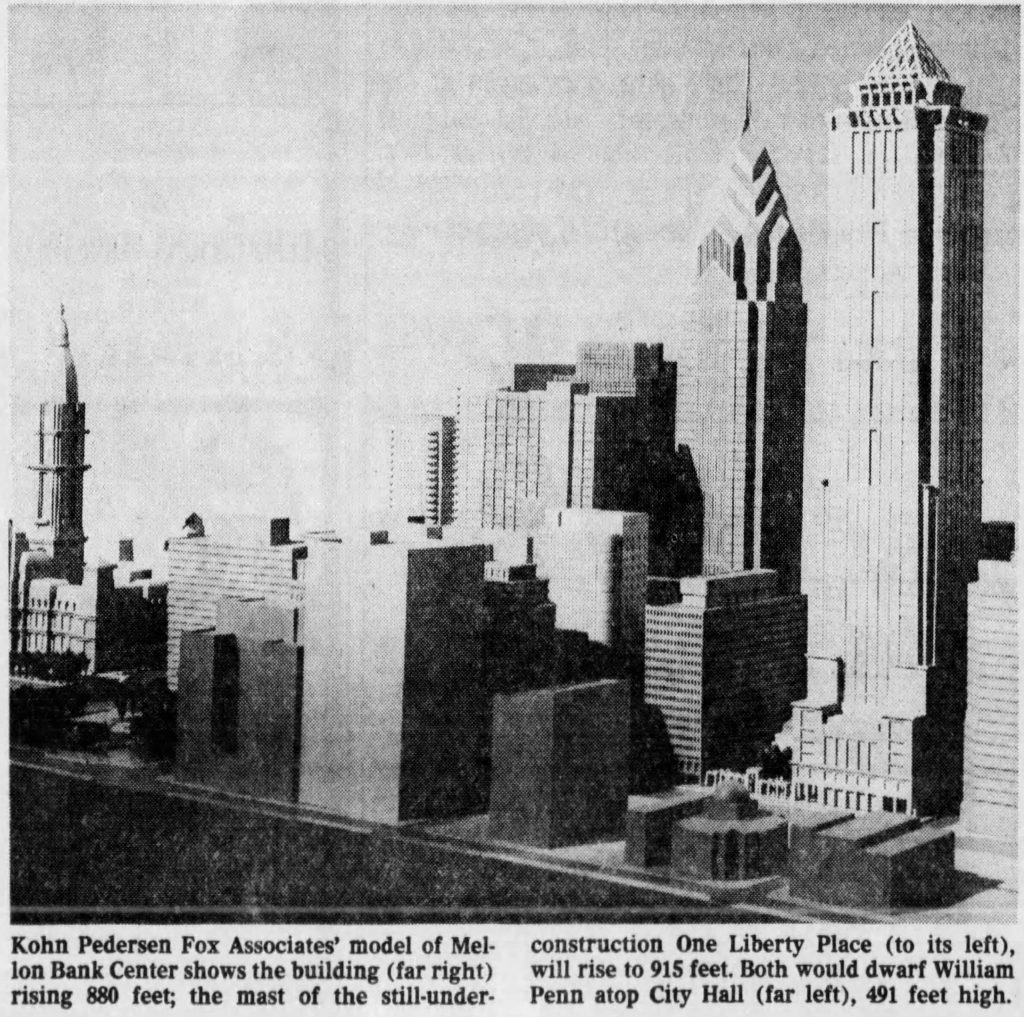 The postmodern skyscraper stands one block to the north and one block to the west of One Liberty Place, with Three Logan Square two blocks to the north. Originally, the design released in the summer of 1986 showed an 880-foot-tall iteration with different uses of the stone cladding. By the next year, the tower was downsized to its final form as the construction on the tower started later that year. 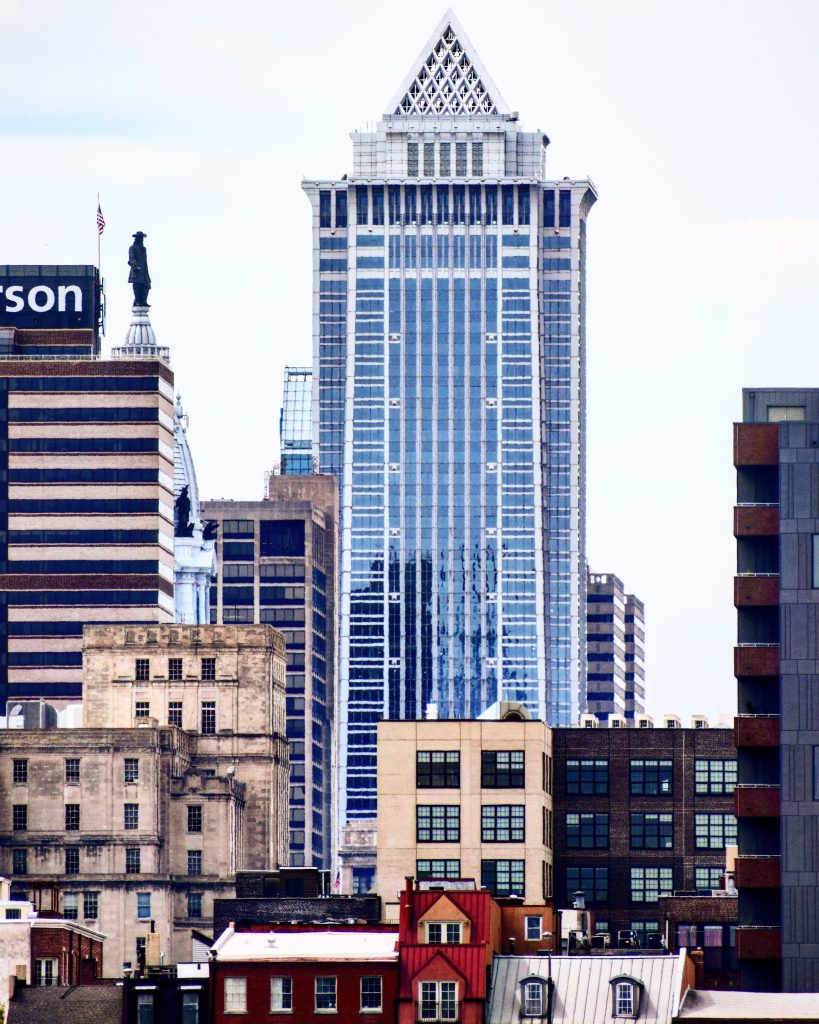 In 1988, two orange and white cranes were erected and were starting to be seen in the skyline as the steel was rising. In the next year, the steel was visible from many vantage points, and had topped the pyramid crown in late October. Most of the work that took place in 1990 was finishing up the skyscraper, as the cladding was heavily underway along with the interiors. Since then, the tower has stood out in the skyline with its eye-catching crown that is impressively designed and with the bright lighting decorating the tower at night.