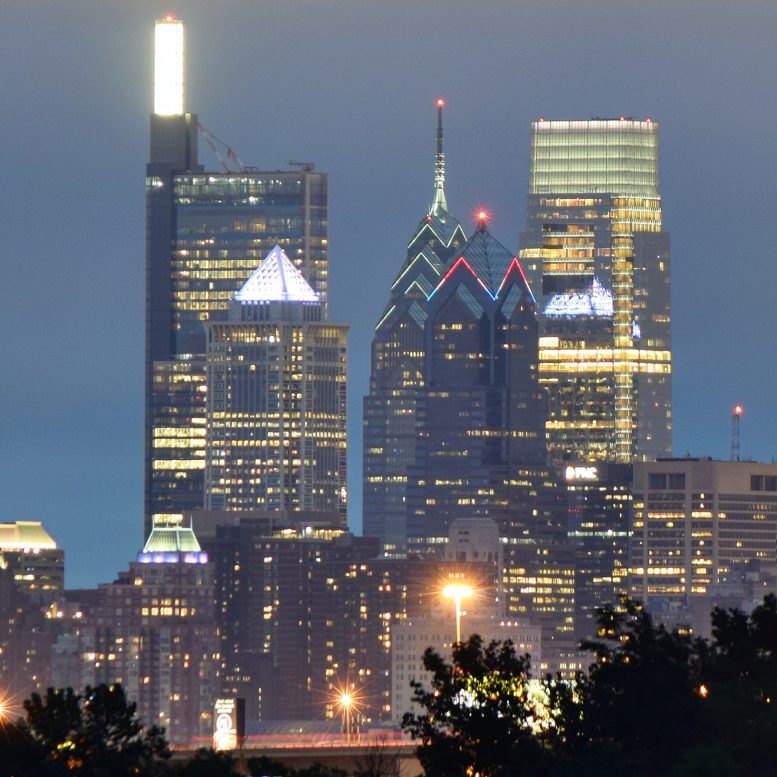 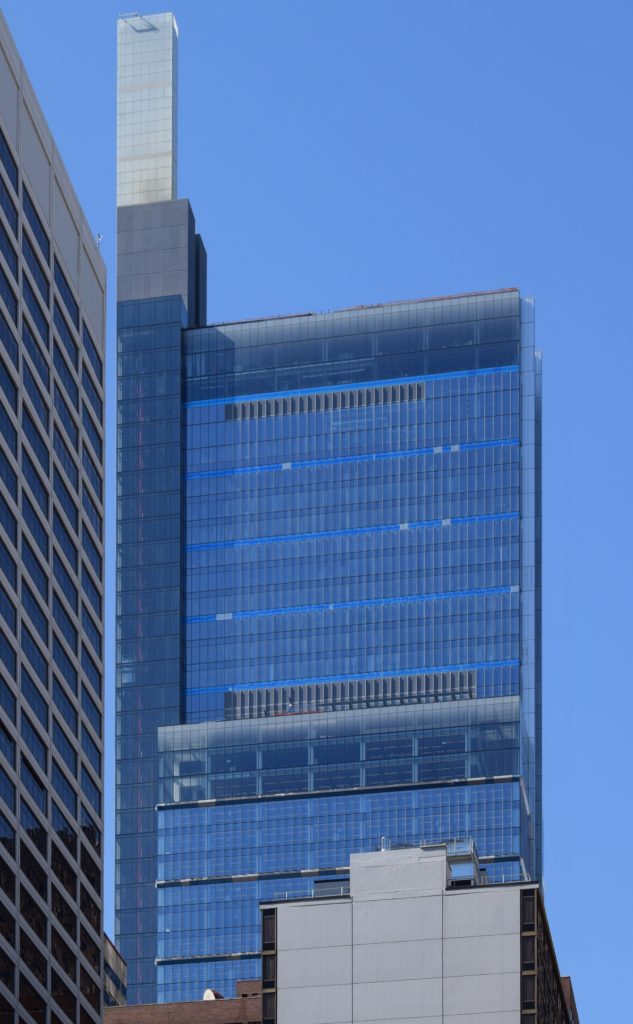 The crane that topped out the first supertall skyscraper in the city was erected on the southwest corner of the south terrace back in September 2016. The steel rose only five floors above the terrace at the time, and the new crane assisted the other crane on the northeast side of the north terrace as both rapidly assembled the tower up to the roof. The new crane had a larger boom attached, then the crane on the north side became obsolete and was taken down by March 2017. 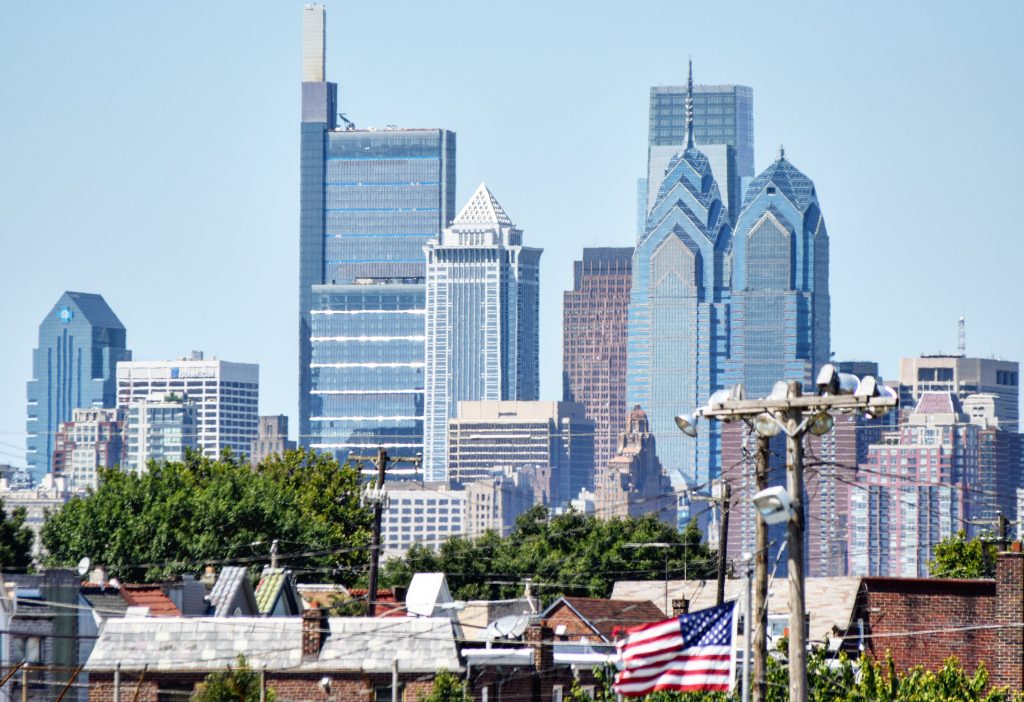 The final crane had finished assembling the roof and started work on the cooling towers, as it made a few smaller jumps to the top. The crane jumped to its highest elevation in early November when the construction of the lantern had started. The tower topped out on November 27th, and the crane stayed at its final height after finishing a large majority of the cladding. A smaller derrick crane was erected at the top in April so it could take down the final crane piece by piece. The entire crane was removed by June 2018, giving the public a good look at the tower as it looked nearly complete.