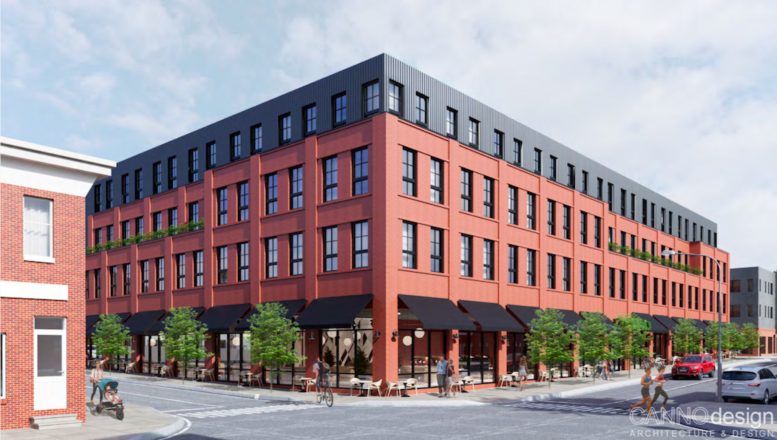 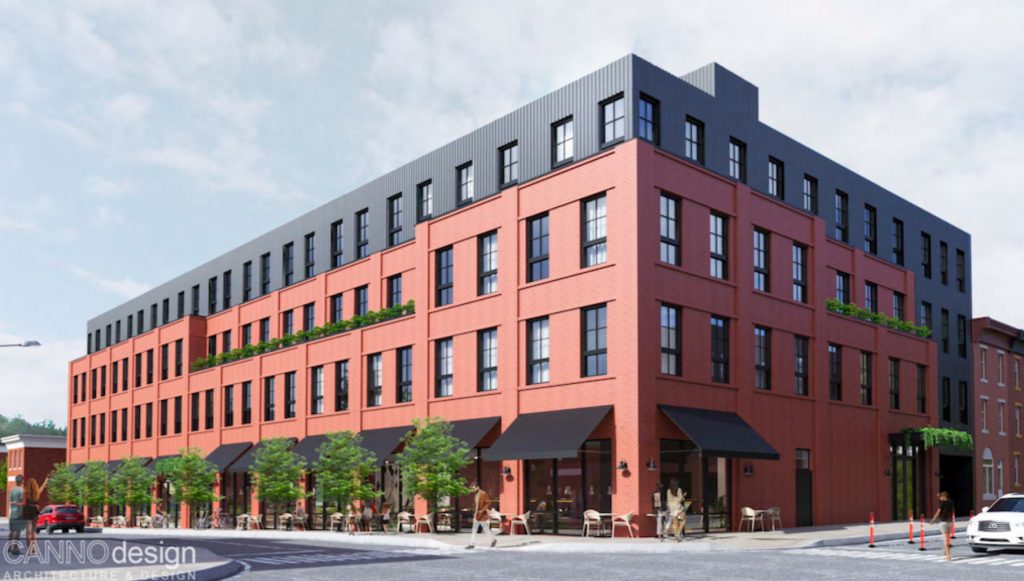 The new building features a well-crafted exterior with a stately design. Brick covers the vast majority of the façade, rising up the bottom three floors. The brickwork features ornamentation such as vertical vertical piers and a variety of brick rows that extend slightly from the structure. The fourth floor will display gray metal panels, adding contrast to the design with a touch of modern flare.

The most notable aspect of the project, however, is the appealing street presence it will offer once completed. Large, floor-to-ceiling windows will be located throughout the ground floor, with renderings showing black awnings above, adding shade to the sidewalk for a more pleasant outdoor experience. Street trees are also shown planted around the entirety of the building’s street frontage. In addition, 12,000 square feet of commercial space will situate the building as a significant retail destination for residents of the surrounding neighborhood, boosting the area’s commercial and restaurant scene. 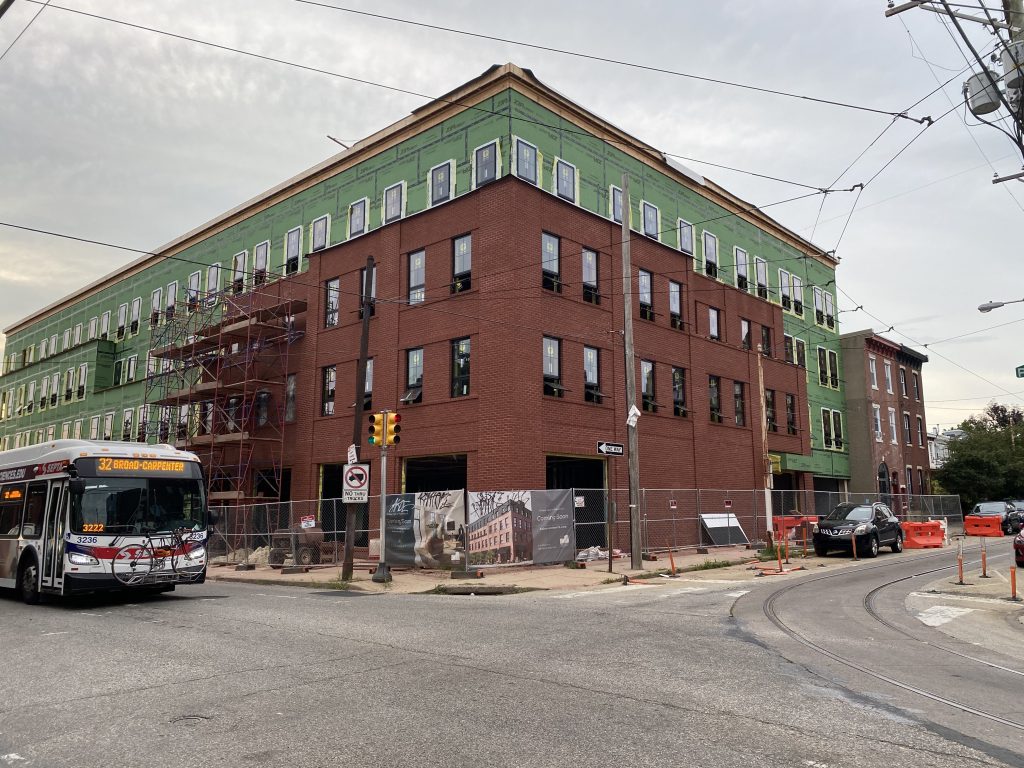 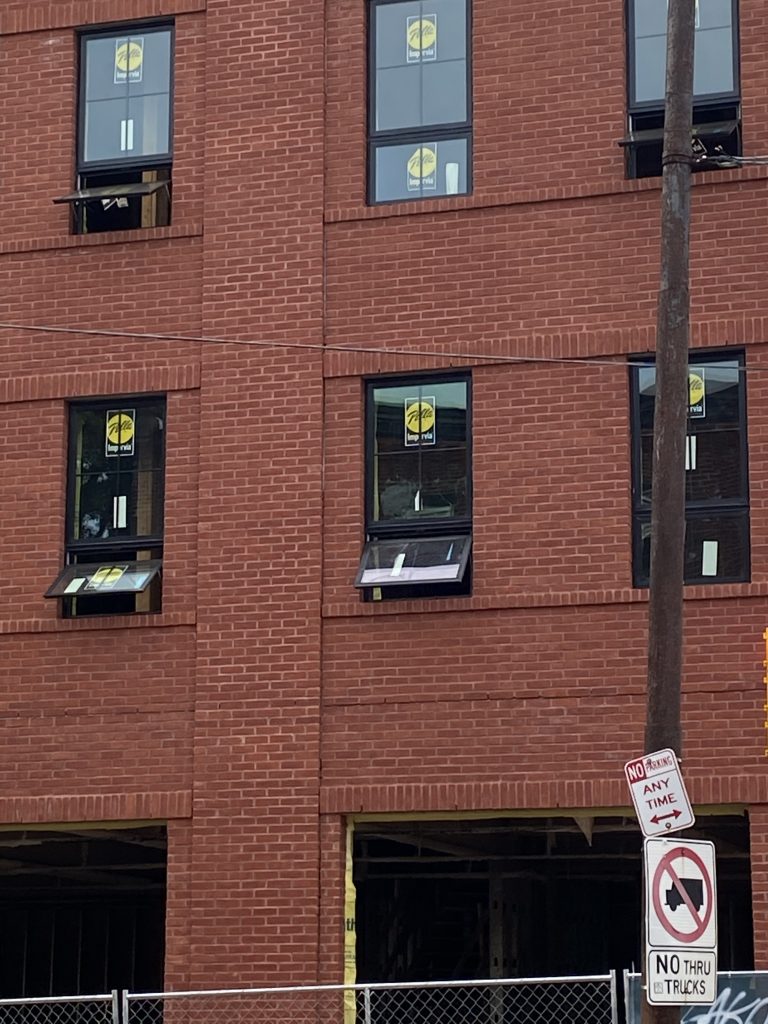 Framing  work has long been completed with the building topped off and its full scale having been realized. Window installation has also made significant progress, with all windows on the upper floors having been installed. Brick work is currently in progress, stretching from the southeast corner of the property and slowly extending outwards as it advances. In the areas where scaffolding has already been taken down, a glimpse can be offered into how the finalized building will look, with the brickwork and the windows creating for a unique design that already looks impressive at the intersection. 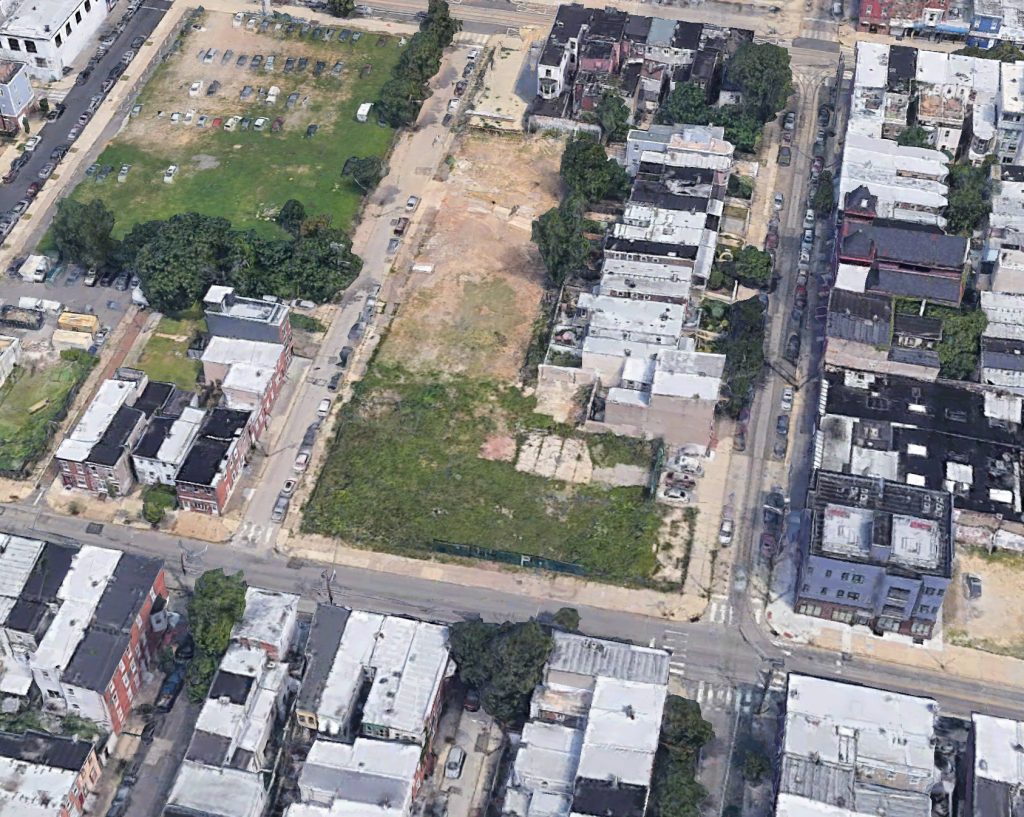 Aerial view of the former state of the site. Credit: Google.

The new building replaces an L-shaped vacant tract, one of the largest present in the neighborhood. Many proposals came and went for the site, including plans for a 75-unit building, a 130-unit building, and one with 23 planned townhomes. Now, the 108-unit iteration has finally allowed for actual construction to proceed. The site will add a major density boost to the neighborhood and will provide significant commercial space.

The project sits just off the Girard Avenue commercial corridor. New residents will expand the customer base for the many existing businesses in the area, while the new retail space will help solidify the corridor. Transit access is located just steps away via the Route 15 Girard Avenue Trolley, offering a convenient commute to many locations throughout the city. 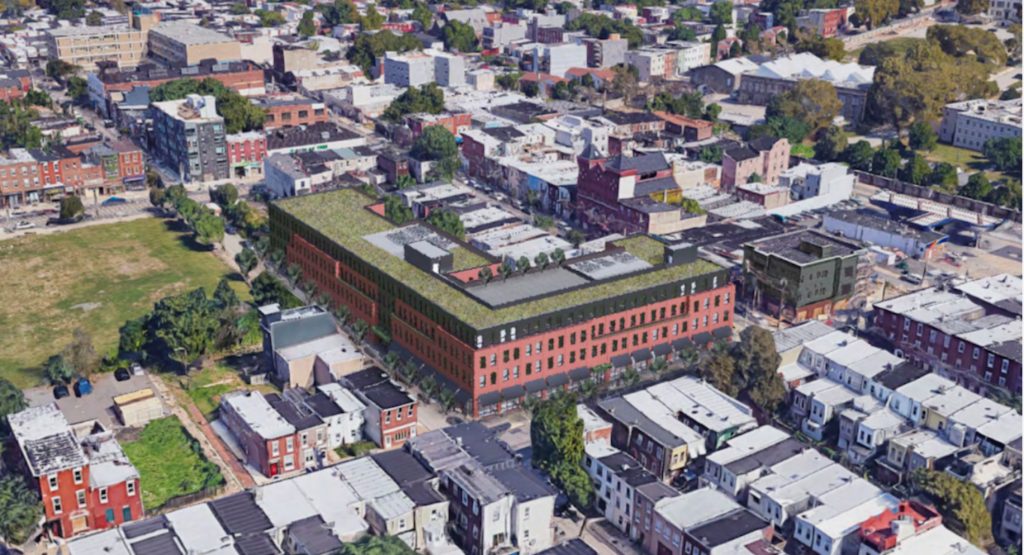 Work started on the project in the summer of 2020. At this pace, the building will likely reach a completion some time in 2022.